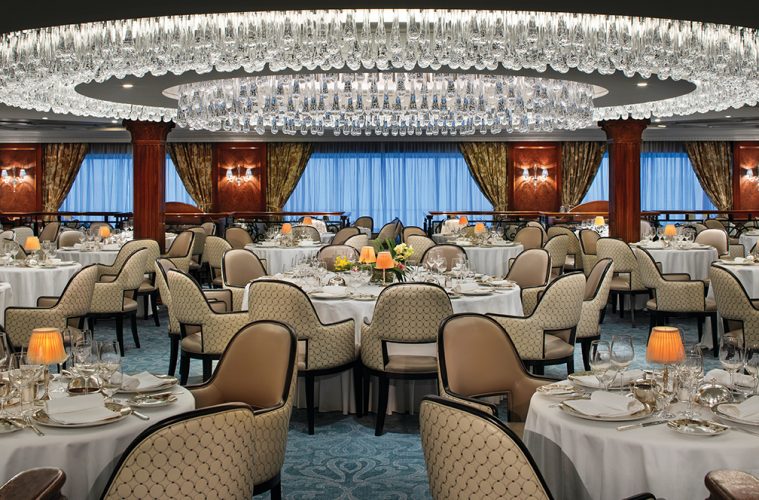 A culinary team of Nautical proportions

Being at the helm of all five eateries onboard a luxury ocean liner with guests from all over the world under the banner of The Finest Cuisine At Sea is no mean feat. This incredibly tough but exciting job is that of Senior Executive Chef Laurent Trias aboard the Oceania Nautica.

During one of our sea days, I sat down with Chef Trias to gain some insight into his career and what goes into preparing the vast array of menus onboard. 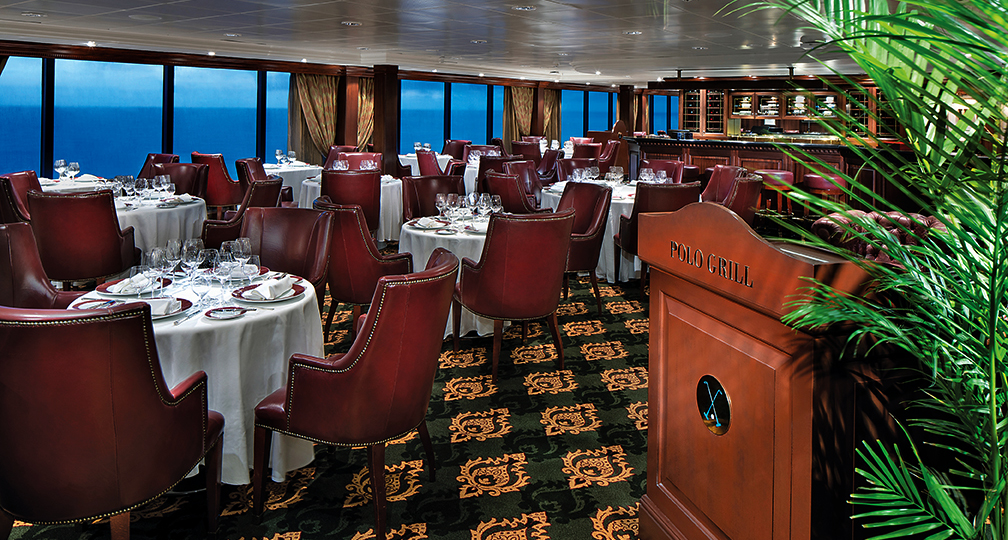 Born and trained in Bordeaux France, Laurent Trias oversees the running of all five eateries onboard – Toscana, Polo Grill, The Grand Dining Room, Waves and Terrace Café. Each of these also have their own head chefs who run each individual kitchen and a Chef De Cuisine for both Toscana and Polo Grill. Quite the culinary operation to satisfy each of the food dreams of 684 passengers.

Chef Trias began his career in the elegant seaside town of Biarritz in the South West of France. After five years he decided to spread his wings outside his native country. He wrote a number of letters to establishments around the globe and received around 20 responses. He put all of these in an envelope and threw his future to the culinary gods and picked out two letters. One was in Taiwan and the other was at sea. He was torn between both opportunities so he went hiking in the mountains which helped him to decide to go to Miami and work onboard the Nautica. Only intending staying a few months, he has been onboard for nine years.

With so many people from different parts of the world that dine on the ship, menu curation is a difficult task but this is handled with aplomb by the team. There is a 14-day menu cycle for The Grand Dining Room and Terrace Café. Every few months the menus are upgraded in relation to influences from around the world. All dining preferences are taken into account and vegan dishes have now been introduced.

When the dishes are updated, these are sent to all the chefs across the six cruise ships in the Oceania fleet. Each chef prepares the dishes a few times and their thoughts and adjustments are taken into account and the final menus are decided on. The Oceania team and Culinary Director travel from ship to ship to implement new menus and to train new culinary staff. Very soon there will be a completely refreshed concept for Toscana – one of the flagship restaurants onboard. Almost 90 percent of the menu will be changed. Two new Allura-Class Oceania ships are on their way in 2022 and 2025 which will also include more casual dining options. 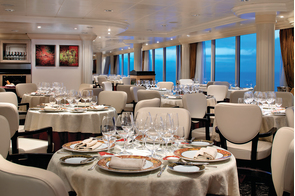 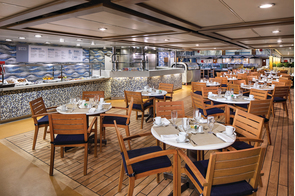 When asked which are the two dishes he believes passengers need to try onboard the Nautica, Chef Trias’ response was rather tongue-in-cheek. A bottle of Dom Perignon and his favourite dish – a ham and cheese sandwich. He believes there are no specific dishes he can highlight because it depends on the mood of the diners. One real highlight on the Marina and Riviera though is a very unique and special La Reserve Dom Perignon tasting menu which was launched in 2018. A wine pairing with Dom Perignon. Three vintages with six dishes. The only place in the world that you can have this menu is on these two Oceania O-Class cruise ships.

The menu has been months in the making, involving both Oceania’s Corporate Chef Franck Garanger and Marco Fadiga, Executive Chef of Moët & Chandon, the Champagne house that produces Dom Perignon. It focuses on three vintage Champagnes – Dom Perignon 2009, Don Perignon 2006 and Dom Perignon Rosé 2004 – with two courses being built around each wine.

The Nautica also presents a number of themed menus based on the waters in which it is currently sailing. These range from a Pan-Asian Red Ginger menu to the South African Chefs Market dinner which we experienced onboard. Inspiration for these is derived from extensive research and from the local chefs and crew members onboard. Meticulous focus is placed on the presentation and the preparation of each dish.

One of the most striking plant-based dishes which we ordered many times was the Beetroot Carpaccio at Polo Grill. These type of dishes are becoming more and more popular which is great news as a large number of passengers have specific food allergies. These allergies are reduced by presenting beautiful plant-based dishes.

With the current #OceaniaNEXT refurbishment and refresh of not only the look and feel of the Oceania fleet, but also the culinary offerings, we cannot wait to spend many more moments indulging in #TheFinestCuisineAtSea.