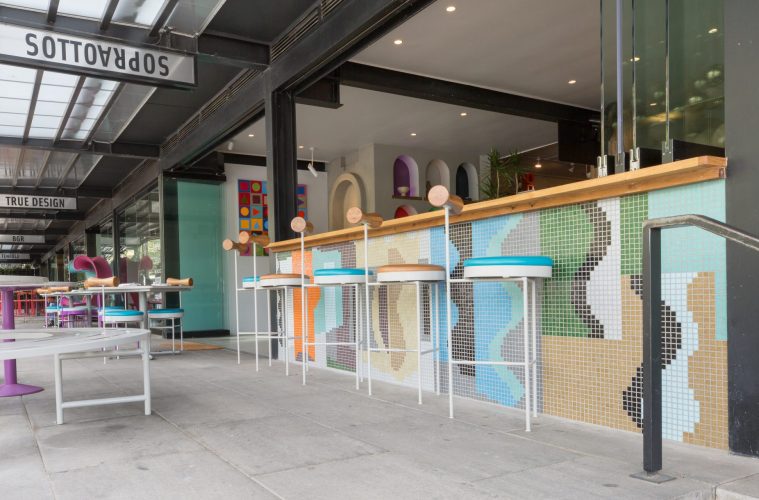 A look at Italian Gastronomy & its link to SA

Italian cuisine is not just food, it’s a way of life deeply rooted in Italian history – which has over the years transformed itself and become one of the most popular and copied types of cuisine around the world.

For Italian people, food and culture play a pivotal role in their families and friend groups. Making food is an occasion to be shared, a task they take very seriously, from sourcing the finest ingredients, to putting it all together in the pot with love and passion, right down to serving the dish and having loved ones indulge. This is something that is also shared and celebrated in South Africa. 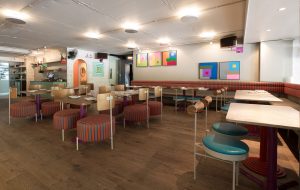 The History of Italian Food

Italian gastronomy can be traced back centuries, however the most identifiable beginning for this type of cuisine was recognised post the fall of the Roman Empire, when different cities began to separate and form their own traditions. Neighbouring regions, conquerors, high-profile chefs, political upheaval, and the discovery of the New World all contributed and influenced the start and advancement of Italian food.

Italian gastronomy can be traced back centuries, however the most identifiable beginning for this type of cuisine was recognised post the fall of the Roman Empire, when different cities began to separate and form their own traditions. Neighbouring regions, conquerors, high-profile chefs, political upheaval, and the discovery of the New World all contributed and influenced the start and advancement of Italian food.

Post this era came several different types of bread and pasta which was discovered and created through experiential cooking techniques and a variation of ingredients. In this period – Italy as a country was split up into several different regions, with each location discovering and cooking food differently. Milan (north of Italy) was known for its risottos, Bologna (the central/middle of the country) was known for its tortellini and Naples (the south) is famous for its pizzas and spaghettis.

Through the centuries, Italian food developed its own unique taste, aesthetic and cooking technique that has influenced several cuisines around the world.

Generally characterised by its simplicity, Italian food consists of a minimum amount of ingredients, sometimes these can be as little as two to four main ingredients, due to the fact that Italian chefs prefer to rely on the quality of the ingredients rather than on elaborate preparation. The food is seasonal with a foundation centred around selected fresh produce all year round.

In Africa, Italian food is widely recognised and copied in countries like Libya, Ethiopia and Somalia (except the northern part, previously under British rule). This is because there was several Italian colonies established in Africa which had a considerable amount of Italian influence on the cuisines of these nations.

In South Africa all major cities and towns have substantial populations of Italians. Italian clubs can be spotted around the country as well as Italian foods, like ham and cheeses (some imported and some made locally) as well as every city having a popular Italian restaurant or two, as well as Pizzerias. 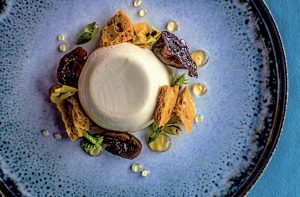 Pizzas and pastas are ever so popular in SA with locals never getting tired of the hunt for the perfect pizzas and pasta dishes, while others prefer to learn the art of Italian cookery, making their own dishes at home with the finest key ingredient being olive oil. The production of good quality olive oil is on the rise in South Africa, especially in the drier south-western parts where there is a more Mediterranean- pattern.

Piero Carrara, a true South African with a strong Italian background knows all there is to know about Italian cuisine, so much so he feels the need to share the art of cooking and serving this food with the South African public in the same way his family did so for all his life.

Being the owner of Sotto Sopra, located on the vibrant Keyes Art Mile in Rosebank, Johannesburg, Carrara shares some of his insights on Italian food, business and why he decided to open Sotto Sopra.

Tell us more about your journey with Italian food and your pathway to opening up an Italian Fine Dining and Pizzeria restaurant in one?

I started working as an engineer with my father as a young boy at our family business while also studying. At the age of 20 I was unfortunately involved in a serious car accident which left me seriously injured, and unable to do certain things I was previously able to do prior to the accident. This horrific experience shocked me but also opened my eyes to what I was really meant to do in my life which led me to follow my own path, something that I had always been passionate about but never chased.

While in recovery, I was approached by one of my good friends who suggested that we open a pizzeria together in the newly built Grayston Shopping Centre. We opened Pizza Pronta in 1986 which turned out to be a once in a lifetime experience, and learning curb and quite a huge success for us. Then, in 1987 we opened Cornuti in Illovo which became a Johannesburg institution which lasted an astounding 30 years. During this time I also opened a Cornuti Al Mare in Plettenberg Bay, situated on the beautiful Garden Route in the Western Cape, which is still going strong today.

During this period there were many other projects, such as: Cornuti in the Cradle of Humankind, Sfiganti in the Riverside Shopping Centre, Barbarella in Illovo and Cornuti Knysna on the Knysna Heads.

With Sotto Sopra I wanted to do something I had never done before and offer something unique to Italian cuisine in SA, and I believe that we have done just that.

What does being Italian mean to you?

Being Italian, with a Neapolitan mother and Veronese father, means from an early age I got to understand the food from both the North and South of Italy – both as diverse as their dialects. I was intrigued from the first moment I was able to understand food, distinguish tastes and appreciate good Italian food. This is thanks to my expansive and passionate Italian family that thought me to embrace and welcome food as a gift.

Can you explain your desire for starting Sotto Sopra?

I wanted to give people the gift my family gave me to all my life which is the gift of carefully crafted food made with love that brings people together. Sotto, being our pizzeria area and Sopra being our fine dining area offers people the opportunity to do just this, the way they feel most comfortable.

I envision this restaurant being a destination restaurant and a place where people come back for the feel of family and the unique tastes we are able to offer.

Where do you see Sotto Sopra in the next five years?

We hope to build an Italian restaurant that will be much loved and appreciated, as we continue to serve the dishes that South Africans love and appreciate. We aim to be unique and always want to get it right. 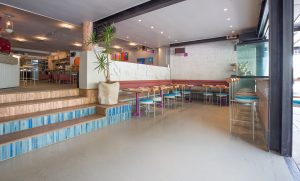