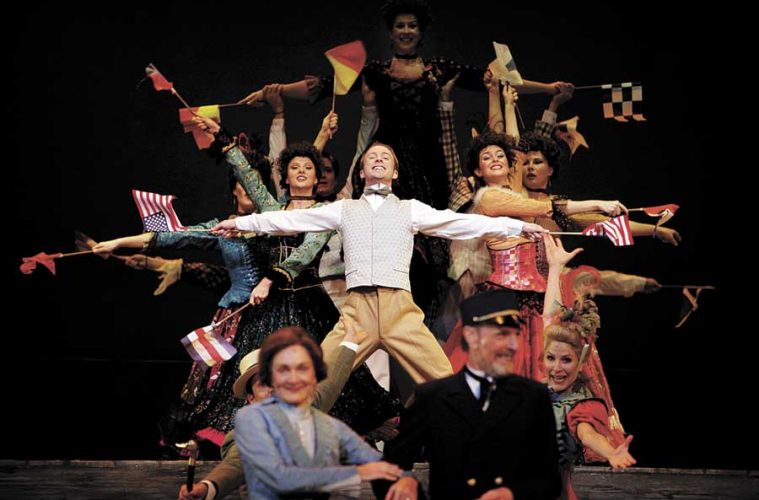 Put composer Jerome Kern, lyricist Oscar Hammerstein II, and South African theatre-don Janice Honeyman at the same table with a bottle of vodka; and you are bound to witness a serious gagagasm (yes, it’s a thing!) Viscerally enticing and aurally dramatic – a work that is serious, showy, gritty and glamorous!

Janice Honeyman; together with a creative team and cast from heaven, did Show Boat true justice. This 1927 musical in two acts, based on Edna Ferber’s bestselling novel of the same name, follows the lives of performers, stagehands, and dockworkers on the Cotton Blossom; a Mississippi River show boat. The musical extends itself over a period of forty years. Themes considered, and not-at-all sugar coated, include racial prejudice and tragic, enduring love.

You may not know the musical but you will surely remember such great tunes as “Ol’ man river”, “Make believe” and “Can’t help loving that man”.

I had an opportunity to sit down with the director, Honeyman – yes, I’m super smooth like that – anywho!  I asked her about the ‘place’ of a musical of this nature in our socio-political paradigm. I mean most interesting was the unrepressed racial prejudice, of the early 19th century represented on stage being the proverbial mirror to the current state of equal issue within the audience (read our state). At one point, “Hey, coon boy…!” was piped up and there was a distinct shift in mood in the audience – those sitting around me seemed to physically shift agitatedly in their seats from then on. Honeyman speaks of how she feels this piece is most relevant to the South African milieu. “Together with Porgy and Bess this is possibly the classical musical that has the most telling reverberations for the South African situation. It deals with haves and have-nots, the arrogance of the advantaged and their ignorance regarding poverty and racial discrimination. There is the hope of change all the way through. But ultimately, as has been the case throughout history, while change is advantageous to some, for those most in need it is ultimately not experienced”.

So, now I can imagine you seeing this as just staged doom-and-gloom. But no no no me deary; lets not forget that this is musical theatre. It ain’ no musical without dem jazz han’s honey! All this seriousness is beautifully framed by fun and frivolity, beauty, pain and passion. Admittedly, I am a sucker for strong female characters. Julie (played by Lynelle Kenned) and; albeit a minor role, Queenie (Nobuntu Mpanlaza) wore these characters and played these ladies to the tee. My favourite moment was Julie – in her beyond-inebriated state – singing “Bill” at Trocadero. I swear I bore a polka dot calf right there because her rendition was so excruciatingly painful, further driven by a moving passion that was so blatantly stained by neglect and destitution.

I tip my imaginary top hat to the cast and crew of Show Boat and thank you for a hot show. As Will & Grace’s Jack McFarlane said: “I died…die die die die die died!”. I was thrilled, enchanted, depressed, happy, nostalgic – heck, I was a hot mess! But a grateful hot mess; a hot mess that walked away with a vast gagagasm.

The Key To Good Looking Skin This Autumn

Loggers, campfire dates, confrontations and consequences in the fourth episode of The Bachelorette SA

Rediscover the Joy Of Cooking

The Key To Good Looking Skin This Autumn