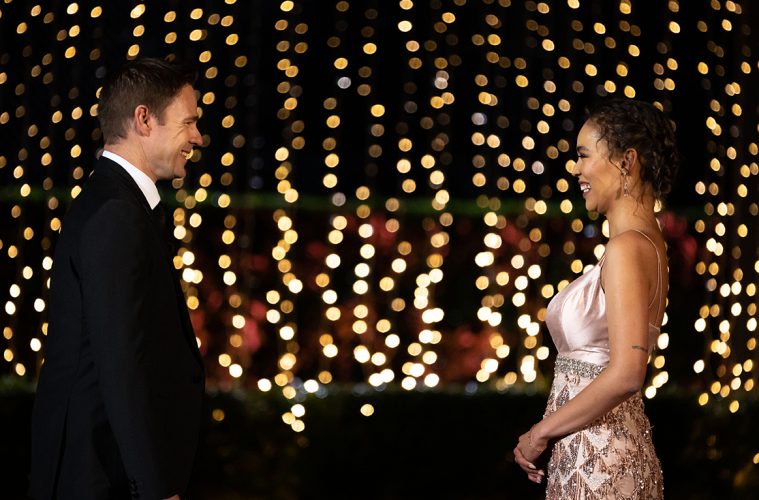 Last night, the very first episode of M-Net’s sensational The Bachelorette SA kicked off at 19:30, with South Africa’s Queen Q meeting 15 amazing men vying to become the love of her life.

The striking, strong, and accomplished men each arrived in style in the most stunning, quirky, and bold manners in a bid to show off their individuality and set themselves apart.

The fierce and fabulous Qiniso is spoilt for choice with men reigning from all over the country such as Cape Town, Johannesburg, Mpumalanga and as far afoot as Idutywa in the Eastern Cape. The handsome group of guys are also successful and accomplished, with careers like lifestyle and Transformation Coaches, Conservationists, Financial Consultants, and Radio Producers. They are all very unique individuals and its anyone’s guess who will capture the heart of Miss Van Damme.

Some highlights from the evening

Qiniso stunned in a dazzling gown by Just Tonight Jospehine. She appeared from the limo gliding down the red carpet and left host Jason Greer and all her potential suitors speechless. “You are looking beautiful tonight. After the men see you, they are going to be feeling even more nervous,” Jason said. 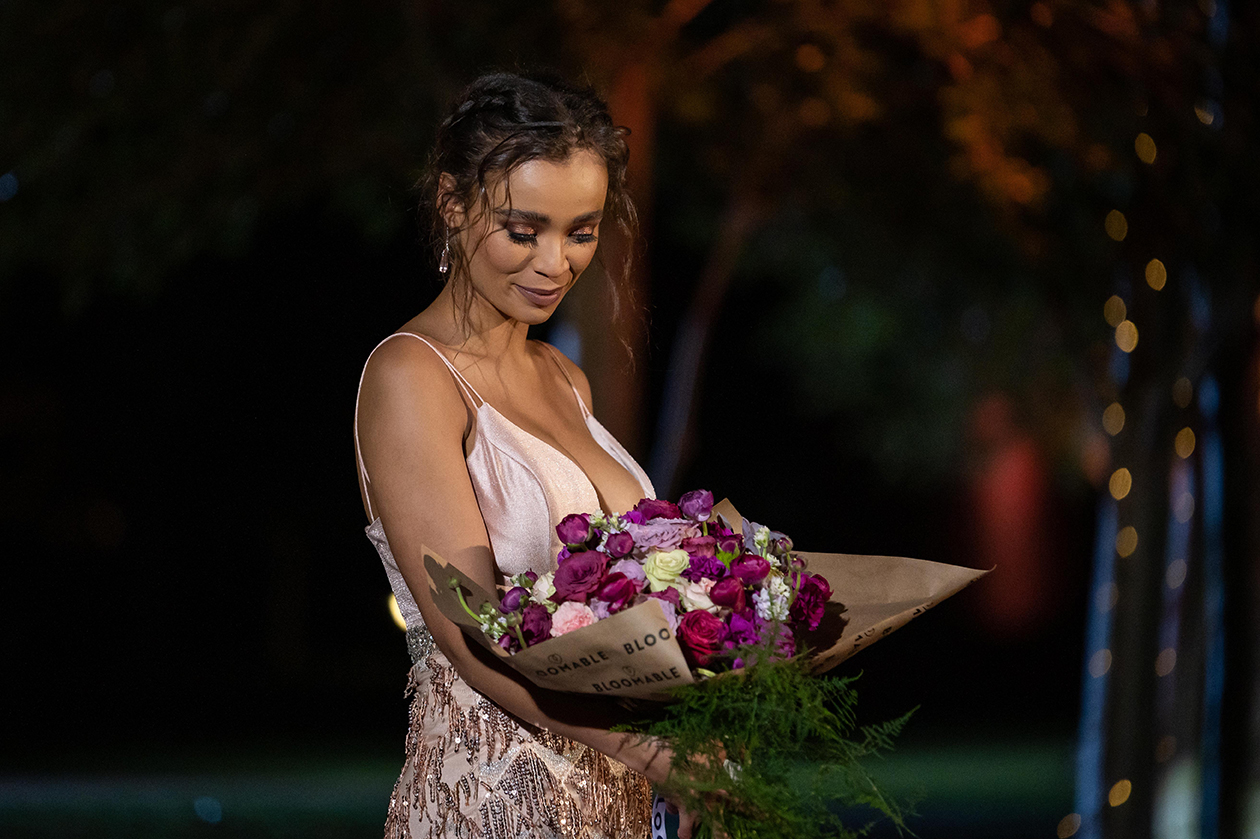 The globe-trotting and worldly Ten Naidu set social media ablaze with his luscious locks, as he exited the limo with a huge fur coat, and a jacket with his name written on the back of it. He and Qiniso then proceeded to talk to each other in Spanish, something that was a very pleasant surprise for the both of them.

The King of the North

The Afrikaans “Johan Snow”. Ruan Meyer, made a huge impression as he wore a Jon Snow cape, from the TV show Game of Thrones, and with him, a dire wolf teddy in hand. It really appealed to the nerdy side of Qiniso. Having a resemblance to the character, Ruan elected to get it out of the way as it forms a barrier to getting to know someone. 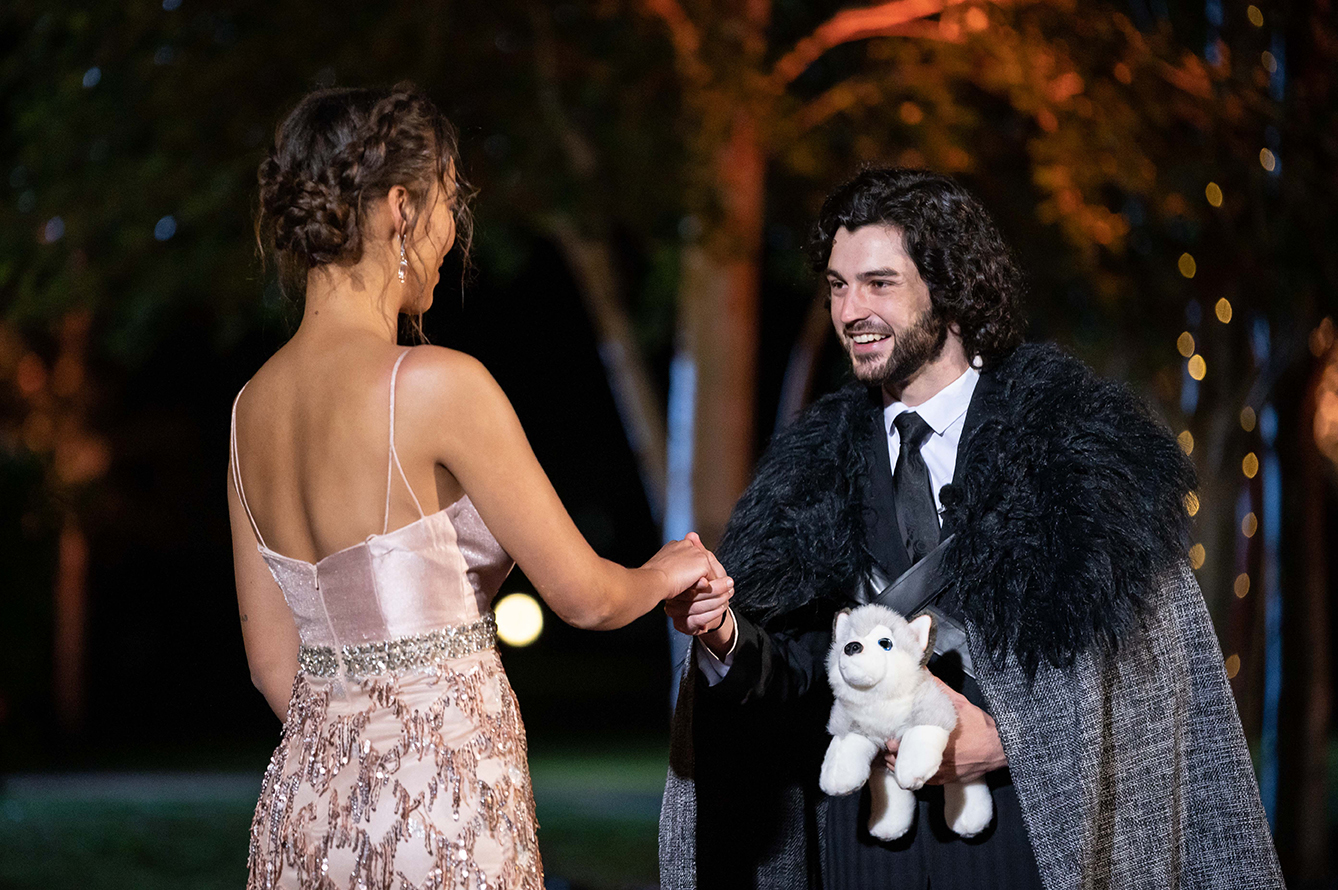 A blast from the past

One of the most shocking moments of the night was the arrival of Johannesburg based, Quality Assurance Manager, Peter Roos, who happens to have been in the same primary school class as Qiniso. Overwhelming shock and bewilderment washed over her as she did not expect to see someone from her past. Peter arrived with a framed photo of their grade 5 class. Qiniso was left speechless. 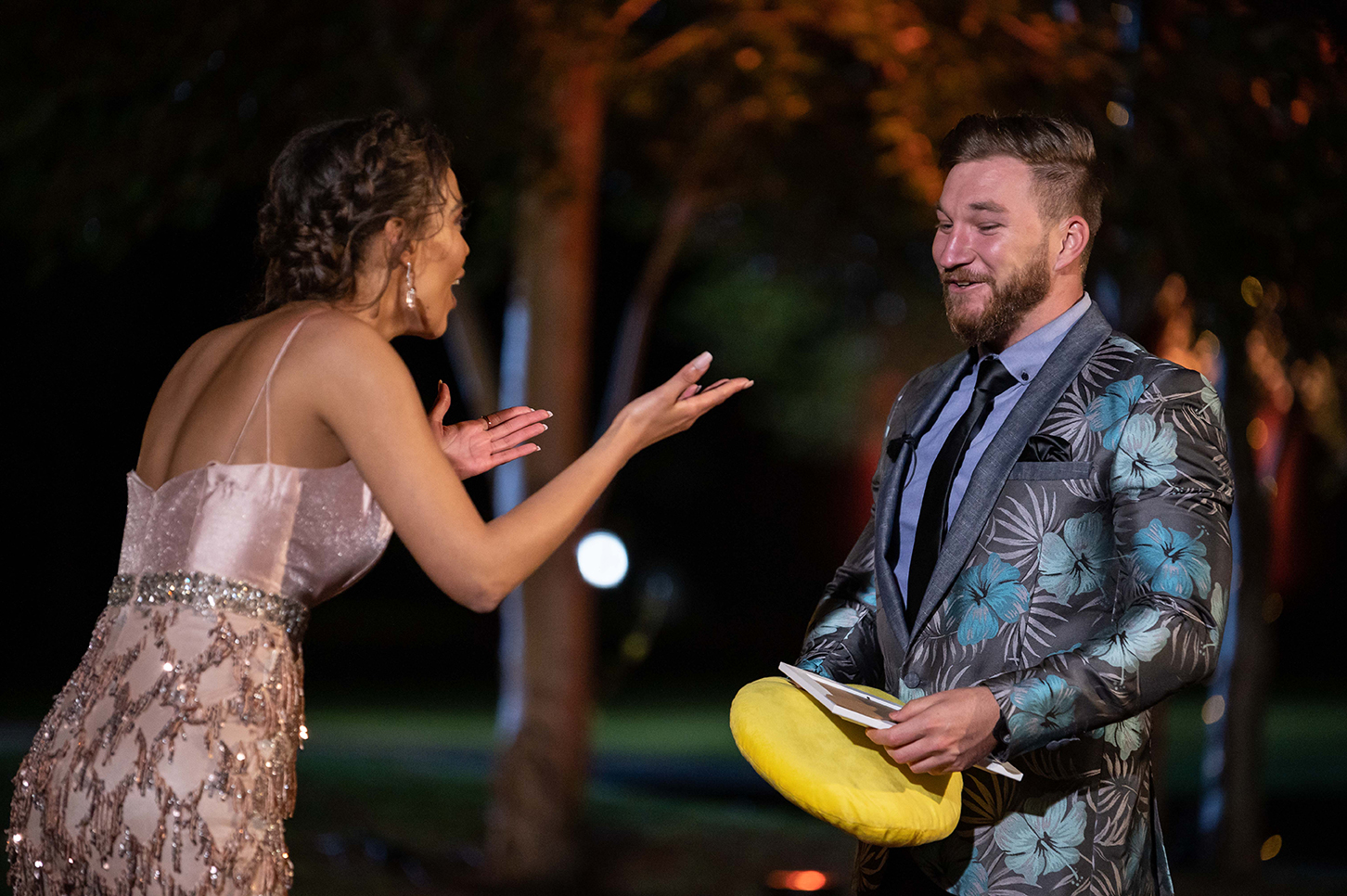 From poems and paintings to polaroid pictures and wine tastings, the night was filled with promises. Just as it seemed to be winding down and The Bachelorette ready to reach out or her First Impression Rose, a stretch Hummer-limo arrived in the driveway hooting, and making its presence known. 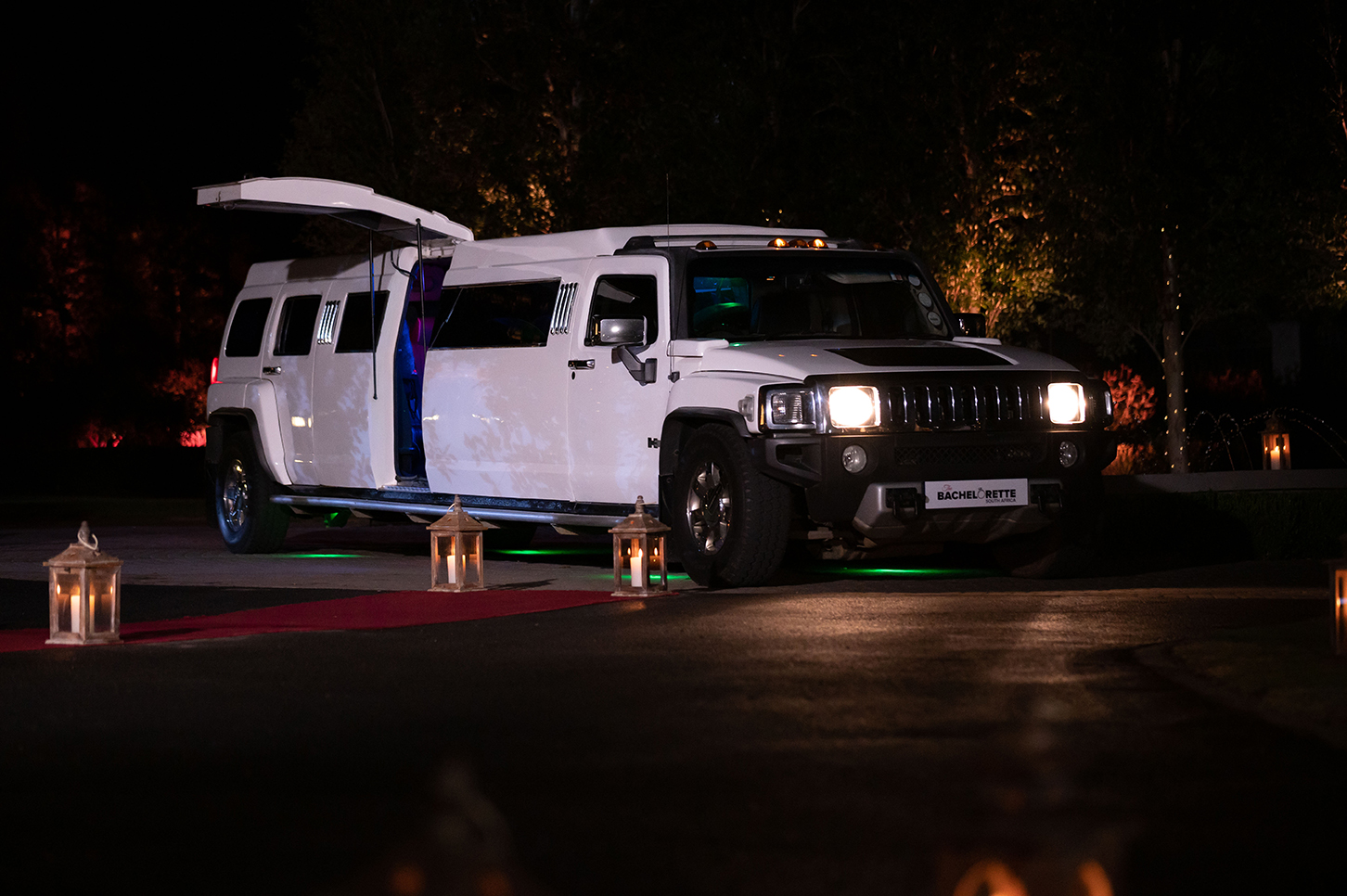 What, or who could it be? And what does it mean for everyone in the Bachelorette Mansion.?

The Bachelorette SA Season 1 will be screened on M-Net every Thursday at 19:30 on DStv Premium, and Compact Plus viewers. You can also catch all the romance and drama on Catch Up, or stream the episodes live via their mobile devices on DStv Now.