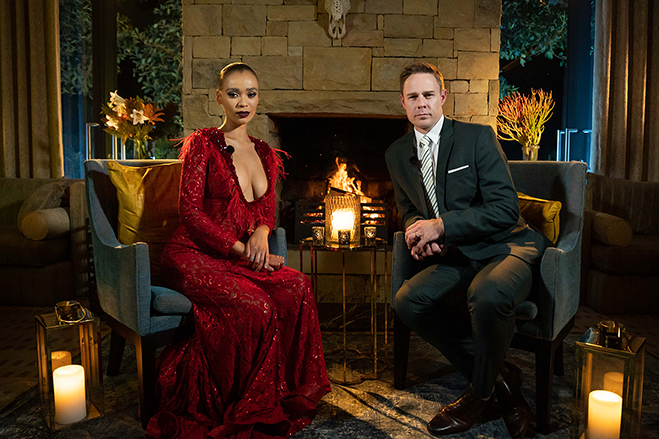 And then there were two! Justin goes home in the penultimate episode of The Bachelorette South Africa

Last night on the emotional penultimate episode of The Bachelorette South Africa, Qiniso went on dates with the top three men and met their families.

It was an episode filled with love, laughter, awkward moments, tough conversations, and heartbreak.

It was the last chance for Justin, Gareth, and Henk (Swazi) to really get to know Qiniso and for her to meet and see if she and their family members were compatible. This season was a little different as there were only two family members allowed. All of this took place at the stunning Pezula resort in the Garden Route, where strict COVID protocols had to be followed, which meant that the men could not even hug their families.

Here are some of the highlights from the episode

Qiniso’s canoeing date with Justin and meeting his parents 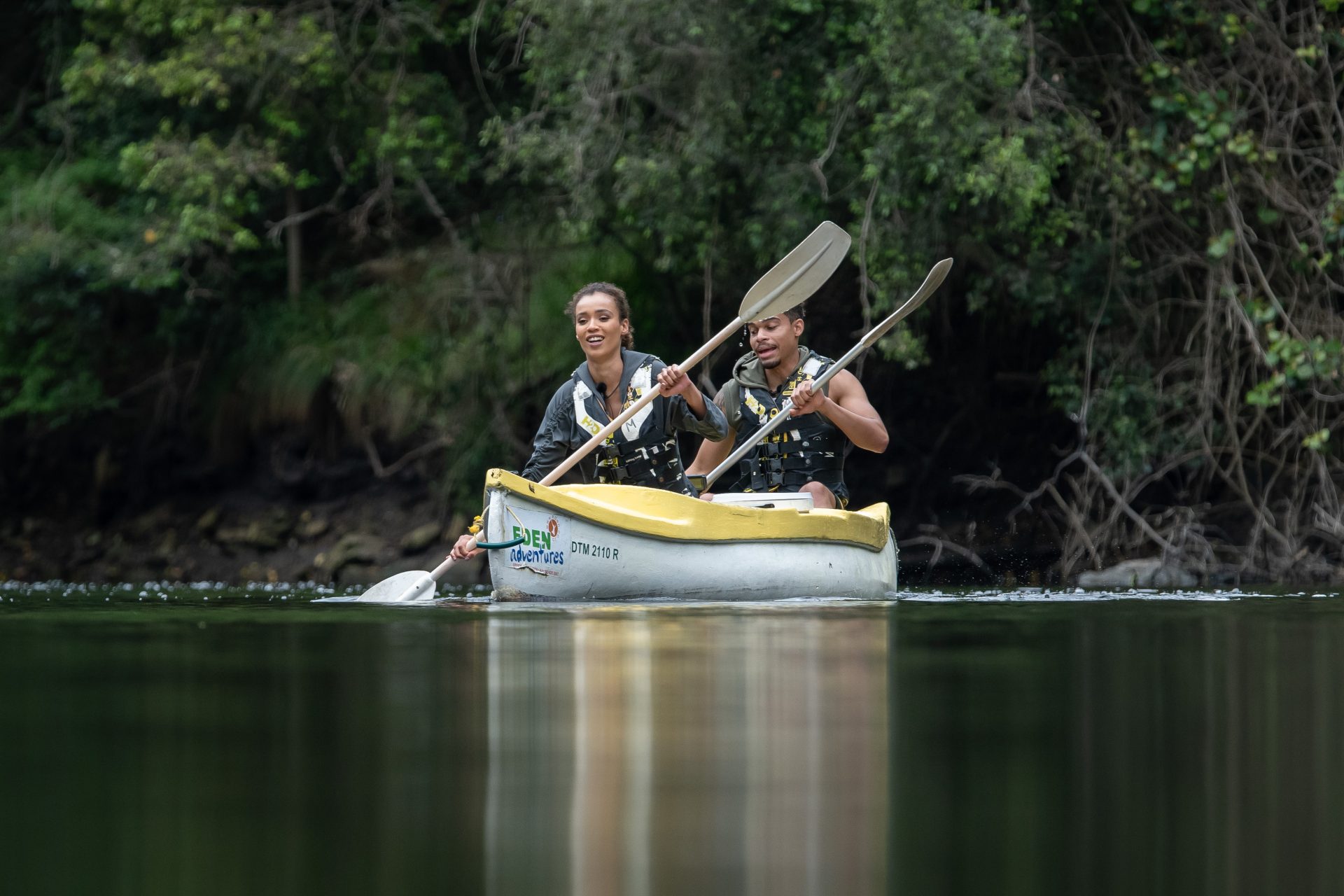 Justin took Qiniso on an active date as the two took to the water in a canoe. They explored the river and their emotions. Justin tried to prepare Qiniso for his parents and warned her that his mother can be a bit intimidating but is loving.

Justin’s parents arrived to a very nervous Qiniso. The four sat around a table and discussed their relationship and future. Justin’s mother was very frank and protective of her child and broached the subject of being “plastic” and the validity of finding love on a reality show. But Justin came to the defence of Qiniso and the process and set his mother’s mind at ease. This is something that Qiniso loved, the fact that Justin was able to stand up for her.

Justin’s father seemed to be so much like Justin himself, easy-going and a little bit of a joker, as he revealed his son’s middle name to Qiniso. He revealed it was Garth, something that Justin was a bit embarrassed about. Justin’s father took Qiniso to the side to get to know her a bit more. The two got on like a house on fire, and she could see the close family bond Justin had.

Justin spoke with his mother, who seemed to be warming up to Qiniso as she could see the change in her son for the better. Her bubbly and infectious attitude seemed to set his parents mind at ease. The parents left a few sage words of advice for the future. This was a good indication for Justin as he knew his parents would only do that if they knew the relationship was right.

Gareth takes Qinsio kloofing, and she meets his mother and sister Qinsio was taken on an adventurous date that included kloofing, which is the action of floating down a mountain stream and jumping off the side of a water feature. The tomboy in Q loved it, and the two got even closer as Gareth prepared her for his family as he reassured her that everything would go well.

The two met Gareth’s mother and sister, and at first, they were a bit standoffish. Like Gareth, they were not quick to show their emotions and took time to analyse Qinsio with Gareth. But they soon warmed up, and everyone got on like a house on fire. Qiniso was taken aside by Gareth’s sister, who shared her love for her brother and the kind of man he is.

Gareth spoke to his mother, who said she was not worried about him, that he is an old soul and knows how to protect his heart. Both his mother and sister seemed genuinely happy for Gaz and Q, and when it was time to leave, Gareth’s sister was in tears as she had already grown close to Qiniso. Swazi, who is always up for an adventure, took Qiniso ziplining. The two spoke more about where they are and how he has been letting go more. Swazi also spoke about how his mother was going to cry as soon as she met them, and lo and behold, it happened.

Qiniso met Swazi’s mother and sister, who were very warm towards her from the beginning, giving her a really warm and excited welcome. Qiniso was Swazi’s father’s favourite from the word go of The Bachelor. Qiniso spoke about how Swazi opened up, and they loved the change in him. Swzai’s mom was very happy to see their little private jokes as she could see that they knew each other.

Q then spent time with Swazi’s sister, and she spoke about how amazing her brother was. Swazi’s sister could see herself hanging out with Qiniso, and his mother was absolutely taken by her. After meeting Swazi’s family, Qiniso spent a bit more time with Swazi, as she did with the other two men.

This time together, however, put a little doubt into her mind, as Swazi expressed that she does not want her to feel pressure to choose him. But she wants him to fight for himself and her. After a very emotional time meeting the gentlemen’s families, Qiniso stood in front of them, having to make her toughest decision so far. She chose Swazi first, leaving Gareth and Justin. She was unsure whether she would fit into Gareth’s family yet, but she didn’t know if she had a romantic element to Justin yet.

In the end, she gave the second rose to Gareth, and Justin was left having a bittersweet feeling. He was sad because he was leaving, but he was happy for having the experience and knowing he gave it 110%.

Justin carried himself well through the series, and when he spoke to Qiniso afterwards, they were both happy for each other, and she and South Africa found out that he has found love and is dating someone.

It was an emotionally charged episode that left Qiniso with her final two men. Will it be Gareth, or will it be Swazi? Catch The Bachelorette South Africa finale on Thursday, 27th May, on M-Net 101 at 19:30.