The Archivist at the Toronto SummerWorks Festival

The first time I met Shaista Latif was at a performance called How I Learned to Serve Tea at The Theatre Centre in Toronto. I thought I was going to see a traditional play. Before the play began, I was looking at a map that invited audience members to pin the place we thought of as home. We thought it was a fun pre-play pastime, until a woman came up to us without introducing herself. We realized that 1) The woman was Shaista, 2) The play had begun, and 3) We were part of it! Shaista had flouted start time conventions. Normally, I would not enjoy participatory theatre—but Shaista has such warmth, humanity and intelligence that I put her in her own classification—one where I like participating in a stranger’s games.

And classification seems apt given her new performance title: The Archivist. It was part of this year’s SummerWorks Festival, self-described as “Canada’s largest curated performance festival of innovative new Canadian theatre, dance, music, and live art running for 11 days of every summer.” Shaista offered free entry to her one-woman show to anyone willing to give feedback. This is not because her work does not get coverage in the theatre world—my understanding is that her work consistently gets rave reviews—but because she wants to expand the conversation beyond the theatre world. For that alone, it is hard for me to not be an adoring fan. I didn’t know what to expect walking into this play, which is always a good start in my way of thinking. I showed up at the unbelievably charming Pia Bowman Theatre, and sat waiting in their beautiful courtyard tucked far away from the more obvious Parkdale landmarks. It made me love Toronto a little. We were let into the theatre at the exact time indicated on our tickets, sat down in conventional seats, and stared at the conventional stage in front of us. The lights went down and a movie started to play on the back wall of the stage. Shaista stepped out on the stage. She seemed so small, alone and vulnerable next to the projected images. Metaphorically speaking, this could have been one of the main messages of the show.

I don’t know Shaista Latif, but I feel like I do. I did from the moment I met her at the Theatre Centre. Feeling like I know her means I engage with her work as one would a friend’s: It’s almost like it doesn’t matter how good or bad her work is. I am just rooting for her, and that eclipses everything else. But since I don’t actually know Shaista, this feeling speaks only to the high quality of her work. If the point of art is to connect with other people, Shaista had me at hello!

It struck me that Shaista, up on stage all alone, might be getting a feel for the room. I thought, for the first time, that that was what she might have been doing when she engaged with audience members pre-start time in How I Learned to Serve Tea. How can one subvert or expose audience expectations without first getting a feel for the audience? Whatever the explanation, I was happy to see her again, and relaxed into my seat to enjoy the show.

Then she asked the audience, “Who’s brown?” and I felt my arm tense, uncertain of which direction to take it. I marveled at how unapologetically and uncomplicatedly she identified as a person of colour. I can’t relate to that feeling of belonging that she seems to have, even as she mounts a show about the complications of it all. For my part, I do not think of myself as white, nor do I think of myself as a person of colour. If pushed, I would say I was olive-skinned. And Shaista’s show pushes. It pushes you to ask yourself how you locate yourself, or not. In my view, identity(ies) is a kind of construction and performance. The Archivist made me look at the reality of those constructions and performances. 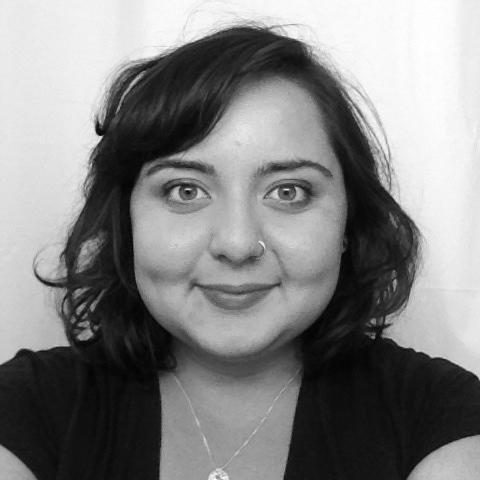 Shaista’s cultural history and experiences often differ from mine: Her family talked about the land they loved and considered theirs, and assumed they were going back to. My parents never talked about the land they came from, didn’t like the land they came from, didn’t consider it theirs, and knew they were never going back. She grew up in Scarborough public housing after her family immigrated from Afghanistan, where they had servants. I grew up solidly middle class with parents who immigrated from shabbier beginnings in Morocco.

But in the end, what makes The Archivist a great show is Shaista’s insightfulness. When she juxtaposed Disney’s Aladdin film, which she had loved as a child, with images of bombings, violence and protests, it was pure genius. I will never hear the words “Open Your Eyes” the same way again. And when that was followed up by sitting on the magic carpet with an audience volunteer, it was truly magical.

When she sat down in front of her Indian drums and turned audience expectations on their heads by stating that she couldn’t play, it was comic genius (it was also a delightful take of another performance of hers that I saw, called Kabul Punk.) At another point, she externalized the interior thoughts she had had during an interview that was simultaneously playing on the screen behind her. It was the first time I had seen someone present this particular problematic of performing a marginal identity.

And I will always carry the image of Shaista dancing an Afghan dance in my head. I don’t know if her joy was real or not, but it was absolutely convincing—and contagious. In the last few weeks, as world events have somehow managed to become more horrific, I think of her spinning on stage, and it makes me re-think my outlook. And when she once again broke the fourth wall by dancing with two white audience members in the aisles, it hinted at a better future.

Sometimes it felt like The Archivist was being workshopped, but that only added to the message of it being a collage, an archive, fragments. There were moments of brilliance and moments of confusion. Sometimes, for example, the sound drowned her voice out, and I wasn’t sure if it was intentional, because it seemed, once again, to be a perfect metaphor.

At one point, Shaista mentioned in passing that she had lived in a shelter. I wanted to know why, and how it connected to the family history she was presenting. Again, I wondered if it was intentional—if she wanted us to connect the dots ourselves—but in this case, I wanted her to spell it out for me. I wanted to know how displacement can look different at different times for different reasons. I wanted to know if she thought the various historical and cultural and economic displacements intersected—and how. But maybe the whole performance was her answer to these questions. Or maybe there is no language for this.

Shaista ended the show first by rubbing a genie bottle, only to have none of her wishes granted. When the genie rejects her wish to no longer be marginalized, he says she can still be happy—and I thought of her spinning. Then, she watered her imagined father’s garden with the genie bottle and finishes the show with Nancy Reagan on the screen as a reminder that none of our current horrors are entirely new.

I left feeling, as I did with her other shows, changed. If you have a chance to see The Archivist in your city, jump at the opportunity. Shaista Latif is not to be missed!