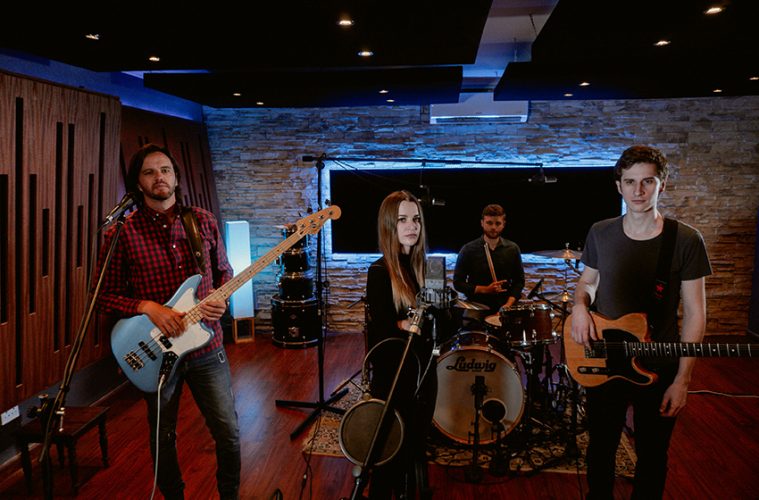 Bonfire Buffalo releases a heartfelt ballad to give us hope

Carl Dedekind, the bassist from Bonfire Buffalo, tells us more about their struggles during the pandemic. Bonfire Buffalo’s new single Remember Me carries a motivational message of hope and gives South African’s a tune to look forward to hearing on the radio soon.

The South African trio – Ivy-Ann, Ewoud and Carl – have been using the national lockdown to write, self-produce and plan their next album launch. We asked Carl a few questions to get to know the group better and he responded with gripping, authentic stories to motivate South African’s to stay strong during these trying times. 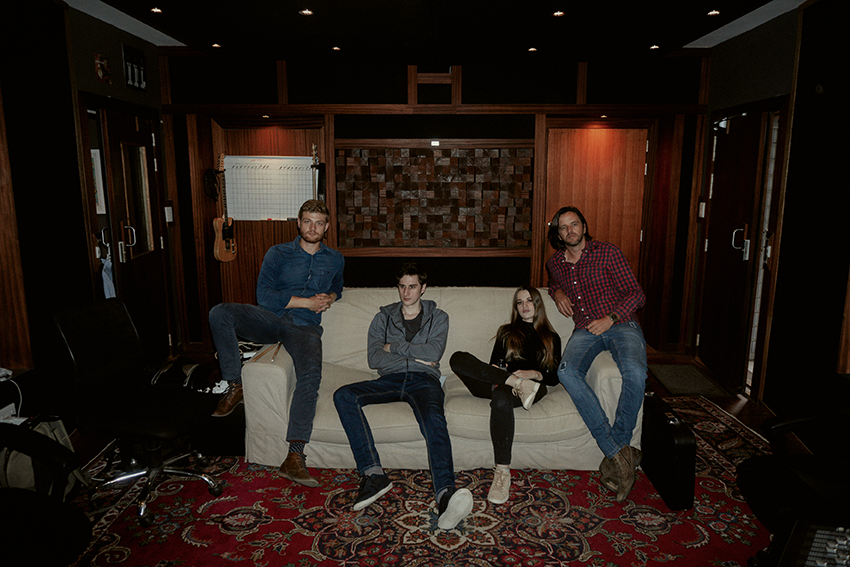 Your newest release is about being resilient in metaphorical storms, was there a particular ‘storm’ that inspired the lyrics for Remember Me?

Yeah, there was. We are always slightly hesitant or reluctant in saying what the song means. It’s rather amazing, so many people that have different interpretations when listening to it. To one person it means this, and to another it means something quite different. We always try and actually leave it up to the listener to decide what it means to them and what they take from the song. But yeah, you are correct, it’s essentially keeping your chin up during tough times. That’s why we thought it was quite apt for the times the world has been going through for the last while.

As a South African group, what is your biggest piece of advice for the South African’s struggling to cope with the pandemic?

Hmm. Good question, I know it’s been a horrible time and that, but we gotta try and take some of the positives from it. For us a positive aspect was the lockdown actually gave us a bit more time to sit and write new music. We’ve got a new album coming out soon. So, you know, just try to draw some positives from a pretty horrible situation.

Bonfire Buffalo is an interesting name, does it come with a story? Where did the name come from?

Yeah, that, again, is actually a good question. There’s quite an interesting story with it. It’s actually my young son [who] came up with the name. Myself and Ivy were at a gig – I think it was in Pretoria somewhere. My son, Tylo, was with us during the daytime gig. While we were driving back on the road when we decided we were going to do this project, and we were thinking of band names. Anyway, we were busy playing a game in the car, with Tylo, where we had to name an animal but come up with a word in front of it that could be funny – or whatever. There were a couple of options, like bad tortoise. Anyway, out of the blue, he came up with bonfire buffalo. We were like “wow, now that is perfect for a band name!”

Your last release was three years ago, what, specifically, made you decide to release a song on the 1st of January 2021?

The pandemic did kind of bring things to a halt in terms of gigging and, you know, releasing any new stuff. This particular single we had recorded and hadn’t put it out there. We just felt that it was kind of the apt time to release it, because It’s a fairly uplifting ballad and all that. As I say we had been working on the album, so that kept us kind of a bit underground for a while but then, yeah, we decided this is the time to release the song.

You said that COVID brought the release of your new album to a “grinding halt”, can we expect the new album sometime this year?

That is the plan! Hopefully the status quo remains and we don’t go into any lockdowns, then yeah, certainly the album will be released this year. That’s our objective, we’re very excited about it.

Are you anticipating any live performances in the near future? How will you be working around social distancing protocols?

Yeah, again, it’s so difficult because we empathise so much with people in the music industry, as well as the entertainment industry. They can’t do live performances, festivals and that sort of thing. We’re hoping, really hoping, that things open up a bit. Even if it’s outdoor type festivals, which make the space for social distancing easier than indoor-type stuff. So, we’re holding thumbs and remaining positive. There is still nothing better than gigging and performing live – we’re missing that a lot.

Has the current global situation changed the content on the new album at all?

If I had to put it down to a percentage, maybe 10%, but most of the stuff we had pre-written and that kind of thing. We’ve been doing a lot of our own pre-production and that kind of thing. There are a couple of songs on the album that we, inadvertently, made subtle changes to – because this has affected all of us. Even those that profess the pandemic is “nothing serious” or say “it’s fine”, one way or another it has affected us. And, yeah, I would say, a couple of songs have subtle changes in it.

Keep your ear tuned to South African radio stations to hear Bonfire Buffalo’s newest single Remember Me. You can listen to and download their new track here or stream it on Youtube.