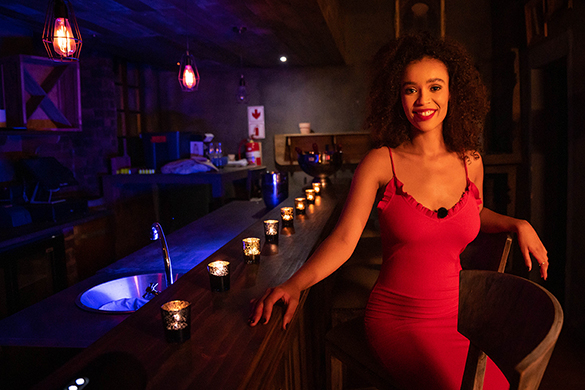 Dylan “bares all”, drag queens, and a guest appearance from Schalk Bezuidenhout drive the fifth episode of The Bachelorette SA Inb

Dylan bares all in the name of art 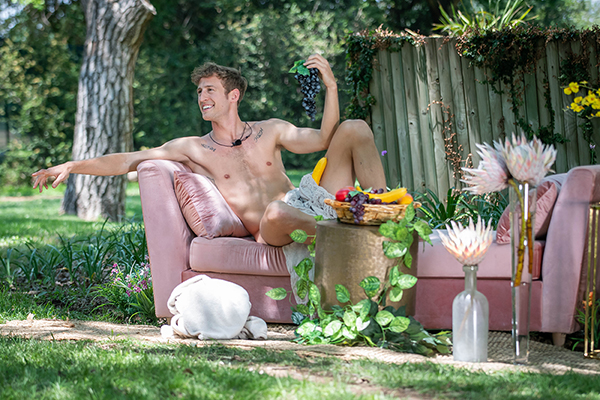 In an unexpected group date, Qiniso wanted some of the men to let themselves go and be vulnerable. These men were Lunga, Franco, Gareth, Aviwe, Justin and Kyran. She did this by taking them on a painting group date, but some of the men had their hands full when they were surprised by their subject; a very naked and very brave Dylan.

For his brave efforts and openness, Dylan received a rose, and for being out of his comfort zone Lunga won a one-on-one with Qiniso. But it was an awkward affair that did not play out the way Lunga had planned, leaving him in limbo with Qiniso. 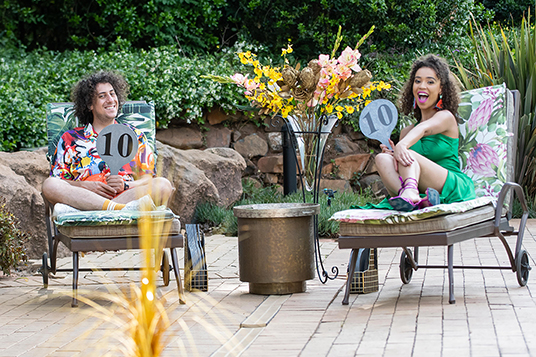 But the other men too were tested and “shoved” out of their comfort zones with a drag queen contest. They were split into two teams, Cameron, Kganya and Keelan on one team and Ruan, Peter and Vuyani on the other.

The pageant was host by a special guest to the show, one of South Africa’s funniest men, the one-and-only Schalk Bezuidenhout. Schalk had a very important job, as Qiniso’s co-judge in the Bachelorette South Africa drag contest.

While the men were changing, it gave Q time to unload some of her feelings to someone other than the men in the house.

The gents gave it their all, and really immersed themselves in their roles, with Cameron, Kganya and Keelan winning the challenge. They won a more intermit group date with Q, with Keelan having an awkward conversation with her and Cameron earning a rose. 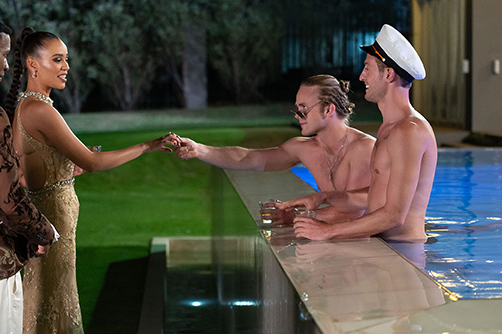 Cameron and Dylan stole the show at the cocktail party, but for all the wrong reasons.

Since both had received roses and were safe, the two were very confident going into the party. Confidence that spilt over into arrogance is what some of the men perceived their actions to be when the pair stripped down into their bathing suits and climbed into the pool. Something Qiniso found very annoying. Will this hurt them in the future? 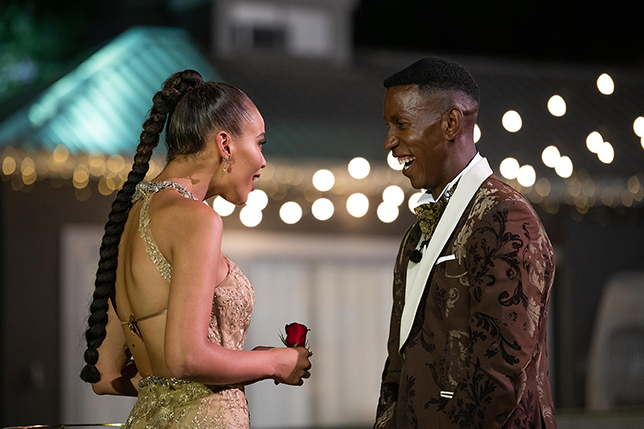 To this point of the series, Vuyani and Qiniso have a very contentious relationship, but all that changed when they broke away from the others to have a conversation. In speaking and probing, Vuyani showed how observant he was of her feelings, something which caught her off guard but was a pleasant surprise. This prompted a reaction and led to a kiss that left Qiniso and Vuyani on cloud nine. A dramatic u-turn from her predator comment of episode 4. 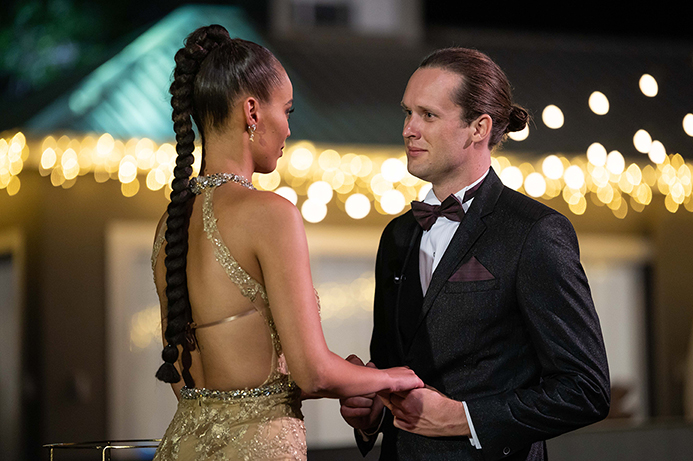 After a tricky start, Lunga, the village raised and city groomed, now consultant seemed to be building steam and bonding with Qiniso. But he fell short in this episode. After trying to state his case for the final time with a letter, it did not land well resulting in him leaving the mansion.

Lunga was almost in tears as he bid farewell to Qiniso, a woman that he thought he could start a life with.

Kyran a father who has a career in ecology and conservation wanted to build a relationship with Qiniso based on honesty and trust. But things did not work out and Qiniso failed to find the connection with him, resulting in him leaving in a spectacular fashion.

He felt Qiniso with a few choice words, “I gave you honesty and trust, you gave me challenges and I won them..perhaps you should check your own bull…t.” Kyran felt that, just as they needed to be introspective, she need to be too, and be upfront with what she’s looking for.

These events left not just Qiniso in tears, but some of the men as well.