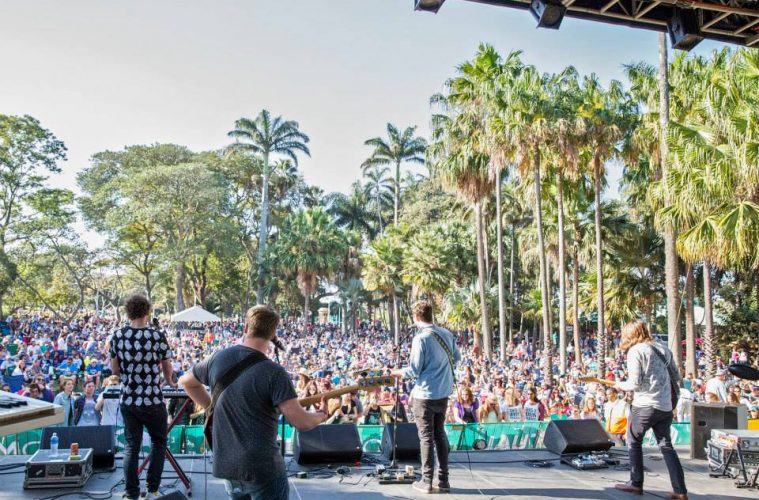 Getting to know the Groot Op Die Gras Musos

With the Mother’s Day weekend upon us, the best place to be is in the beautiful natural surroundings of the botanical gardens watching top live performances from Die Heuwels Fantasties, Bobby van Jaarsveld, Valiant Swart, Refentse, Howie Combrink, Saarkie, Charlie Finch and Van Wyk Brand.

Ahead of tomorrow’s magical family day out, I sat down with two artists on the stellar lineup – Valiant Swart and Pierre Greeff of Die Heuwels Fantasties. 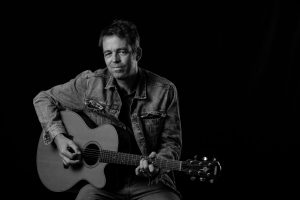 Getting to know Valiant Swart

Tell us how you got started as a musician.

I learned to play guitar as a kid, and I’ve been playing ever since. I started my first proper band in 1990.

Who are your influences?

Fairly wide ranging; as a boy I played anything that got passed down by the older guys; from blues to country, rock, pop and soul, instrumental guitar music, boeremusiek.

What has been the highlight of your career so far?

The mere fact that I’ve been surviving and thriving for three decades with a guitar and some tunes – a highlight in itself.

There must be a dream place you would love to perform.Where would that be?

Just one more night on stage at the old Dorpstraat Theatre in Stellenbosch.

Oooh… where shall I start? There were some interesting incidents, like that rainy festival night when I unknowingly pushed a passed-out oke through the mud and the beer cans with the front wheels of our Kombi, for several metres, before people came running and screaming. I nearly killed him.

What is the most embarrassing song on your iPod playlists?

When my daughter was a toddler there was a selection of kids’ songs on heavy rotation in my bakkie, and we used to sing along uit volle bors. She’s a teenager now and still deejays from the back seat with her phone. Awesome tunes.

The ultimate question would be, if you could create a dish with the title of one of your songs, what would it be?

On a rainy day, I love to get a bottle of Sauvignon Blanc, pick up some fish and chips from my local, drive down to the beach and feast on the view from the front seat. On a sunny day? Braaivleis and big salads.

Your celeb crush is coming over for dinner. Who is it and what do you serve?

I’ve heard that Charlize Theron is not too fussy, so fish ‘n chips, then. Rainy season coming up and all.

‘I should have stayed on the farm, I should have listened to my old man’. Goodbye Yellow Brick Road, Elton John.

What’s next for Valiant Swart? 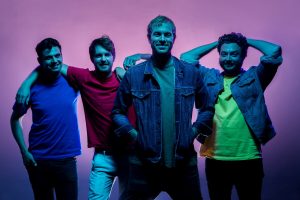 Tell us the inspiration behind the name of the band.

We had a few margaritas and it made us feel good so it stuck.

Who are your influences?

Too many but we like Bruce Springsteen, Rationale and Bongeziwe Mabandla at the mo.

How did you find each other? How was Die Heuwels Fantasties formed?

Myself and Hunter met at school and we met Fred through music at varsity. Sheldon we also met through other bands he played for.

What has been the highlight of your careers so far?

I think to be able to make 5 albums over the last decade and hopefully still be relevant is our biggest to date.

There must be a dream place you would love to perform. Where would that be?

Red Rocks in the USA.

We forgot a very important piece of equipment once and had to play acoustic on borrowed instruments. Let’s just say it wasn’t that lekker.

What is the most embarrassing song on each of your iPod playlists?

Music doesn’t have an embarrassing effect.

The ultimate question would be, if you could create a dish with the title of one of your songs, what would it be?

Your celeb crush is coming over for dinner. Who is it and what do you serve?

Some new music very soon and stage production of some sort still figuring it all out.

Catch Valiant and Pierre and a host of other South African artists live tomorrow at Groot Op Die Gras!

Time: Gates Open at 10am