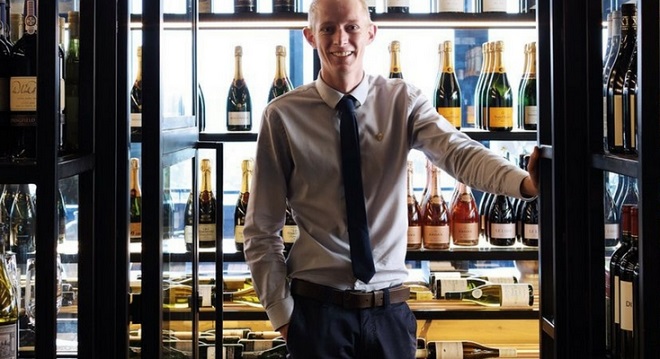 Growing South Africa’s sommelier culture – one bottle at a time

For the last six years, since first opening its doors, Marble restaurant has slowly been growing its team of sommeliers. What was once a team of one, has now grown to six young wine enthusiasts. Wikus Human, who heads up the team for The Marble Group, believes that by grooming these youngsters and growing the local talent it will preserve the local sommelier culture in South Africa, and promote South African wines. 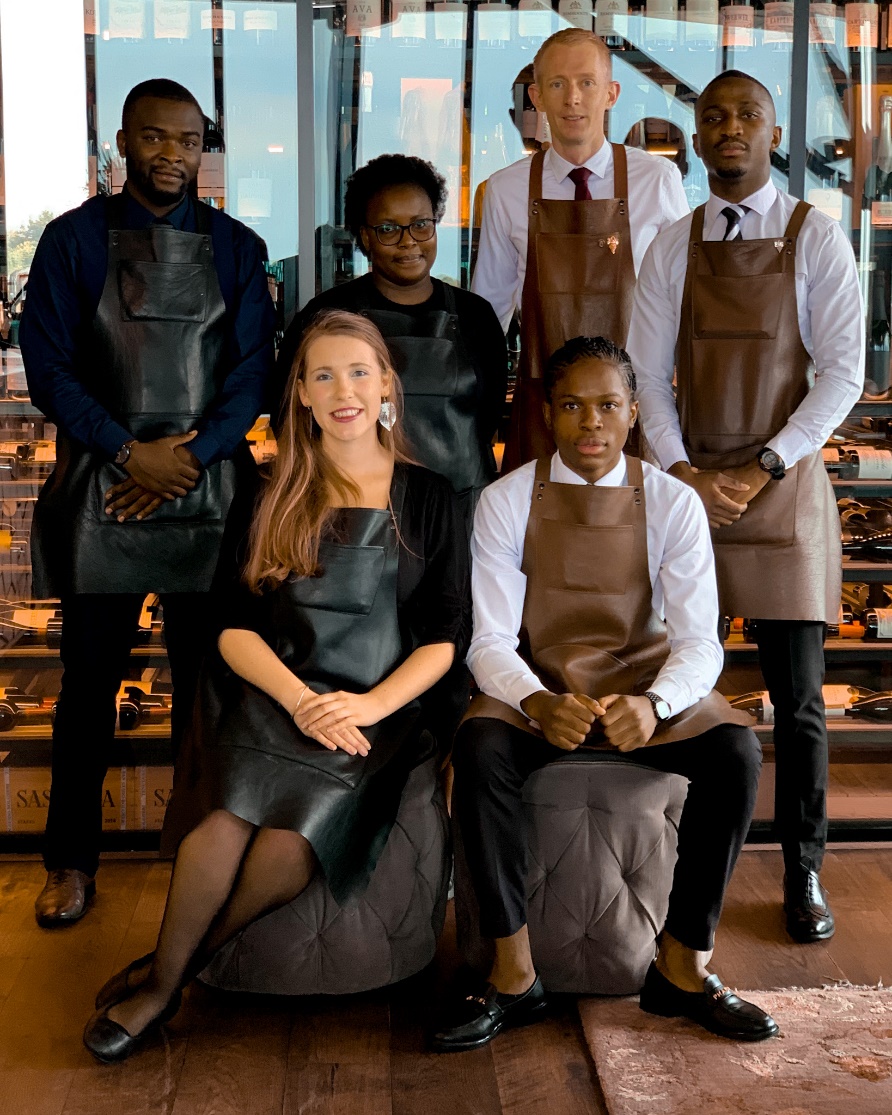 After working for a number of years in smaller fine-dining establishments, two key moments propelled Wikus’ career forward. The first was joining the Marble team in 2016, and the second was being named as the 2017 Moët & Chandon Best Young Sommelier.

In curating their team, David Higgs and Gary Kyriacou, partners in The Marble Group, had on the lookout for a wine specialist for some time – the strength of having team members with wine knowledge is often underestimated. A few of the wine suppliers recommended Wikus to David and Gary due to his meticulous attention to detail and his genuine passion for wine.

“When I joined the Marble team, I had been working in smaller restaurants with set menus and a certain rigidity when it came to which wine you paired with which dish,” Wikus explains. “At Marble and Saint everything changed – I had to interact with so many more styles and types of wine, and we weren’t pairing wine to a specific dish, but rather to a table of dishes.”

Six years later, Wikus has earned the respect of wine makers across the country and had exposure to some of the rarest wines in the world – thanks to David and Gary. With free reign to make decisions with the wine list and cellar at both Marble and Saint, he’s now sharing that passion with a new generation of young sommeliers.

Katlego, Stephanie and George make up the Saint team.

Preserving the art of the sommelier

Wikus manages the team at both Saint: George Chikanda, Katlego Mathobela and Stephanie Cartwright; and Marble: Thembani Mpande and David (Peace) Ncube. David is the youngest member of the team, and is working towards his first certification, whereas all the other team members have their WSET 1, 2 or 3; or certifications from the Cape Wine Academy.

In selecting the team, it was a given for each individual to have basic certification and training, theory and service knowledge. But Wikus believes that the sommelier’s role at Marble and Saint is not just about always knowing exactly what’s in the wine cellar, but also to connect to customers and tell the story of the wines. The most important part of this is to understand what the guests enjoy drinking and then try and match it to their meal.

“That ability to communicate and tell a story about a wine, can’t be taught,” Wikus says. “Not every customer will understand the technical details of a wine, but they will connect to a story about the farm, or a vintage or the winemaker.”

It is these stories that the sommelier team weaves into each customers’ evening. Alongside great food and service, this connection ensures that a well-priced bottle of wine not only elevates the dishes, but also matches the mood and makes for something exceptional. And ultimately a return guest. 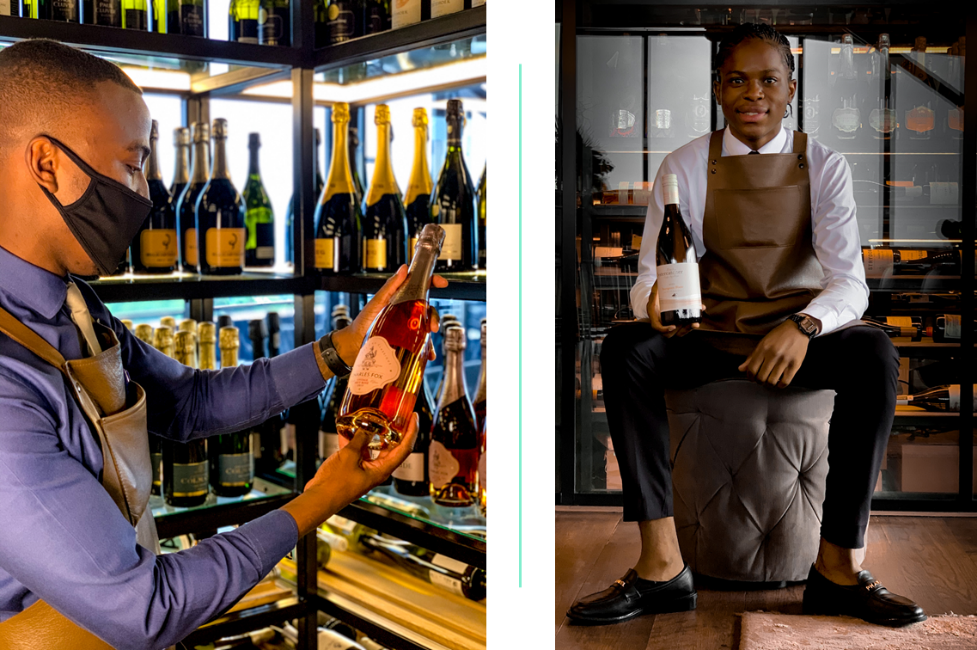 Thembani and Peace are based at Marble in Rosebank.

Behind the cellar doors

Behind the scenes, and beyond the stories, Wikus works with the sommeliers to get them ready for exams and their next certifications. “After service, I often sit and make flash cards for the team, teaching them which exams require one-word answers, and which require more detail. Right now, I’m focusing on basic training, but also wines by country.”

The cellars at Marble and Saint boast the finest range of local and international wines. Each has been individually selected by the sommelier team to complement the menus and showcase some of the industry’s most talented makers. 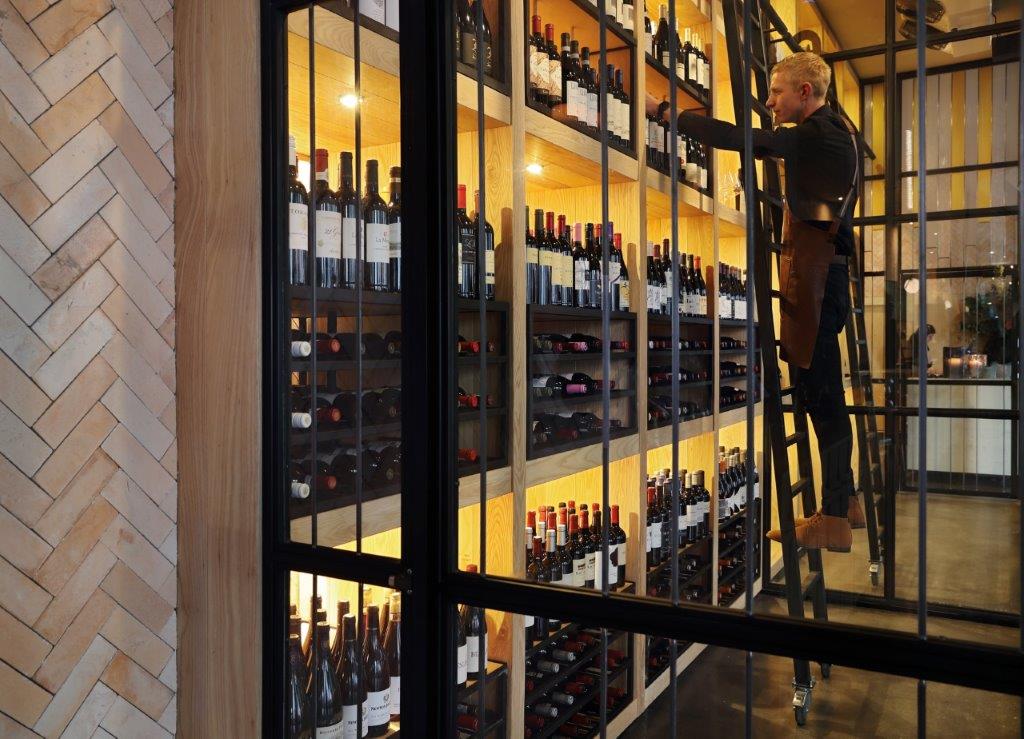 Wikus has been instrumental in establishing the wine culture at both Marble and Saint, and in growing the team.

“It’s been an incredible honour and a journey to open so many people’s eyes to wines they may never have tried and create experiences for them. With this team, we can keep doing this for many years to come,” Wikus concludes.