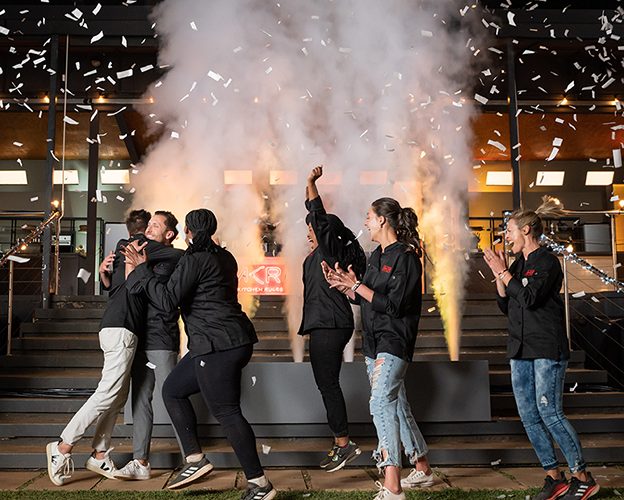 Having set the pace during the Table 2 Instant Restaurant phase, with the benefit of Izak’s work as a consultant in the food & wine industry and Wessel’s food science background, they duly saw off Alberton Moms Karen & Tenille and Globetrotting Besties Retha & Tshepi with a main of Asian Beef Short rib and dessert christened ‘Eastern Mess’, earning a combined total of 80/100 to eclipse Karen & Tenille’s 70 and Retha & Tshepi’s 61. 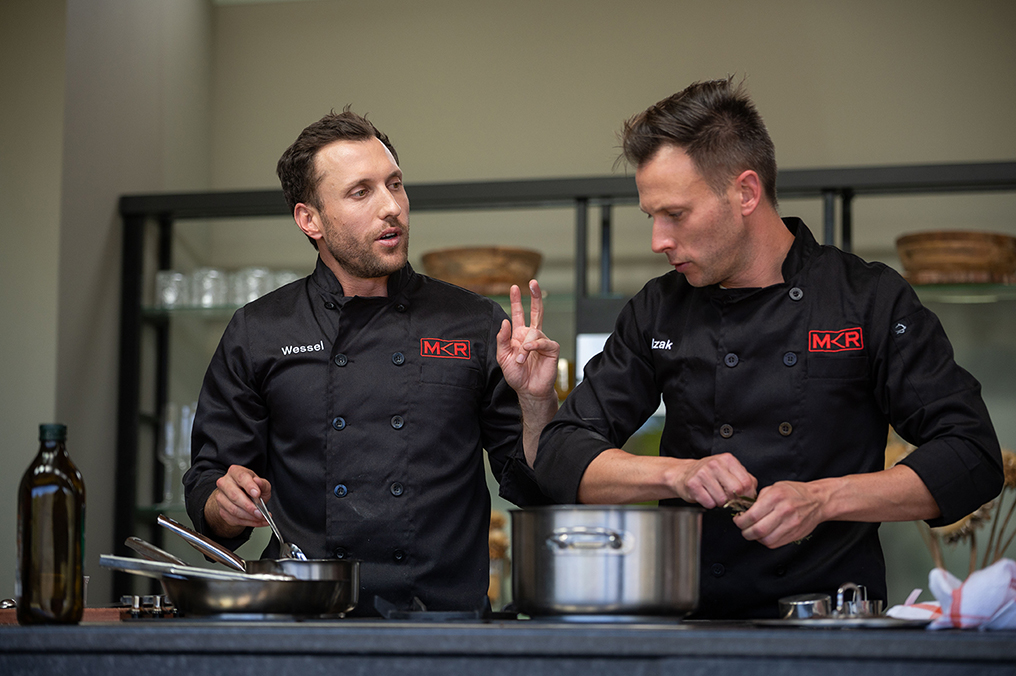 The contestants had 2.5 hours to cook each dish and had to include four original elements – made from scratch – in each. The two dishes were tasted and scored blind by a panel of guest foodie experts comprising celebrated cook, food writer and TV host Sarah Graham; passionate marketer-turned-chef, Marcus Modimokwane; cooking show host and cook book author Siphokazi Mdlankomo; chef, food writer and restaurateur Karen Dudley; ‘The Lazy Makoti’ Chef Mogau Seshoene and MKRSA alumnus Pashi Reddy, alongside regular judges David Higgs and J’Something. The six guest judges each scored the combination of the two courses out of 10, while David and J’Something scored the dishes out of 20, to total 100.

Despite only having to include four original elements on each dish, Izak & Wessel were seemingly setting themselves up for failure by cooking up nearly twice as many for both main and dessert. Their Asian Beef Short rib dish also included polenta with shiitake mushrooms and a mushroom & nartjie jus, while their ‘Eastern Mess’ comprised raspberry meringue, raspberry sorbet, vanilla sponge, raspberry curd and rosewater cream.

Sarah was impressed by their attention to detail in the main, while Marcus declared it ‘beautifully cooked’. Siphokazi felt that the short rib could have done with being cooked longer, but the other judges with thinner pieces felt that theirs were cooked perfectly. 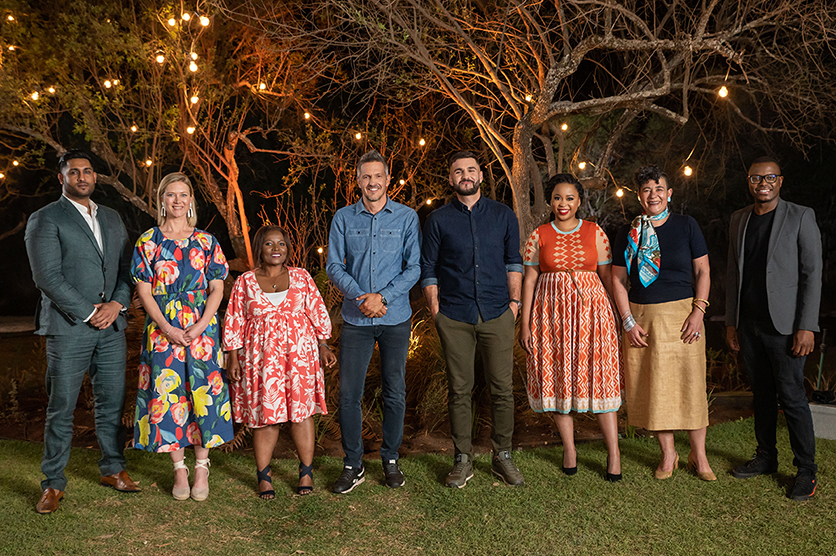 Karen said of their dessert: “the sorbet is just heavenly, so fresh and so true to what you’d expect it to be” and Pashi felt that the torch-toasting of the meringue showed how much thought they’d put into the dish.

After J’Something had flung up his arms and declared Izak & Wessel the winners, Izak said he was in disbelief and wasn’t sure how they’d made to that point. “I think we did an amazing job and I’m super-proud of what we did,” said Wessel.