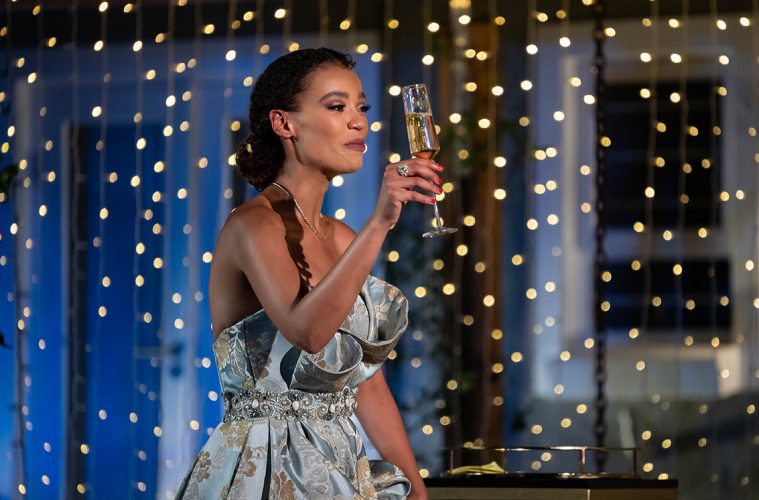 On the Bachelorette South Africa, all four men put their best foot forward as they went on all day dates with Qiniso. It is from these dates that Q will have to make the right decision and choose her top three.

Episode thirteen was filled with adventure, difficult conversations, fun, and romance. There were conversations about race, religion, lobola, family, and their futures with Q, and being separated from each other for the first time, they were able to put all their energy and focus on her. 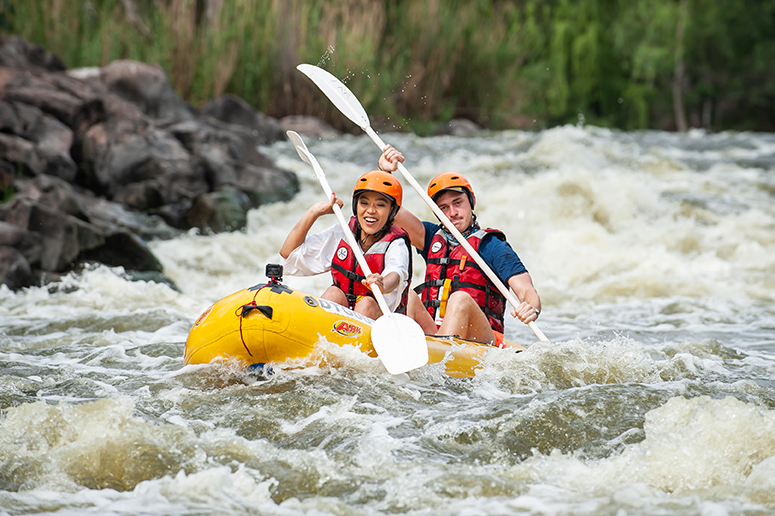 Adventure surrounded this date as the two went river rafting, something Swazi loved, as he thought that this was the type of date that test their relationship as you have to work as a team. Going through the rapids, the toughest part of the date was Swazi opening up and expressing his feelings.  But to Q’s delight, he did, and the flood gates of emotion were open.

After the rafting, the two went back to Qiniso’s mansion, where things got steamy as they stepped into the jacuzzi and shared champagne. But the date got even steamier as they discovered an envelope and in it a note asking if they wished to delve deeper into their relationship in private as a suite is available for them both. After an awkward conversation of should they or shouldn’t they, the two decided not to.

Justin and Qiniso take to the skies 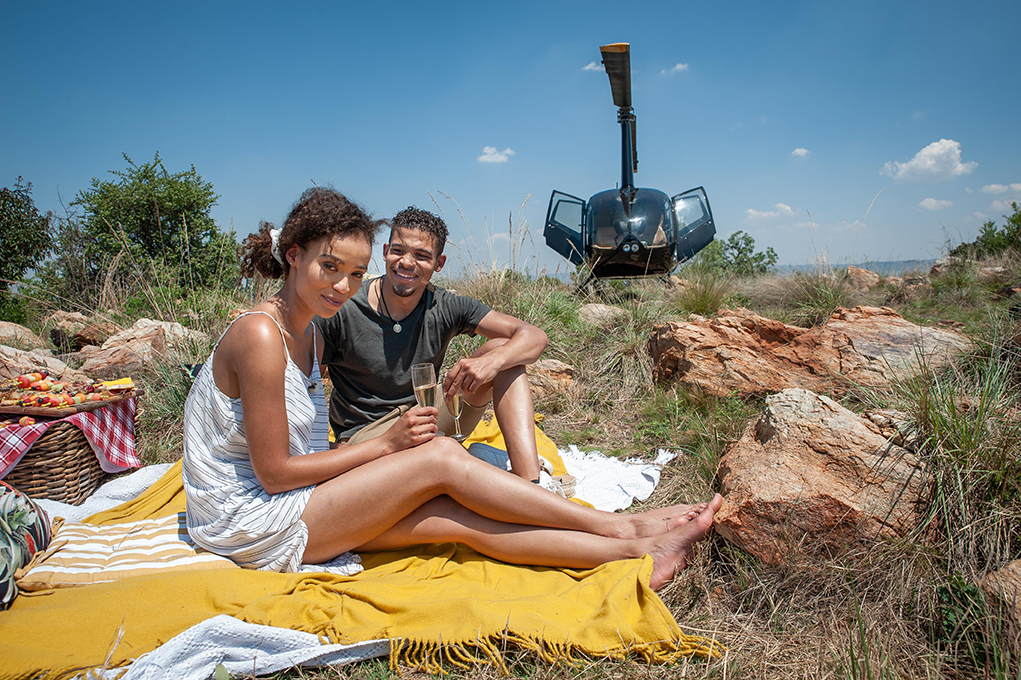 It was a big surprise for both of them, a helicopter ride, something neither of them had done before. It was both terrifying and exciting for them as they soared through the skies together. On their journey, Justin noticed some cows and pasted a remark about Lobola.

The helicopter set down on a small mountain top, where there was a picnic with a view waiting for them. There the two spoke frankly and had difficult conversations about Lobola and if he would do it, and about their future and self-love and growth.

After going back and sitting by the fire, the envelope appeared again, asking if they wanted to explore their relationship further in a room. And as a gentleman, Justin said that it should be their decision together. They did not take it up as it was something that Qiniso wanted to be special. 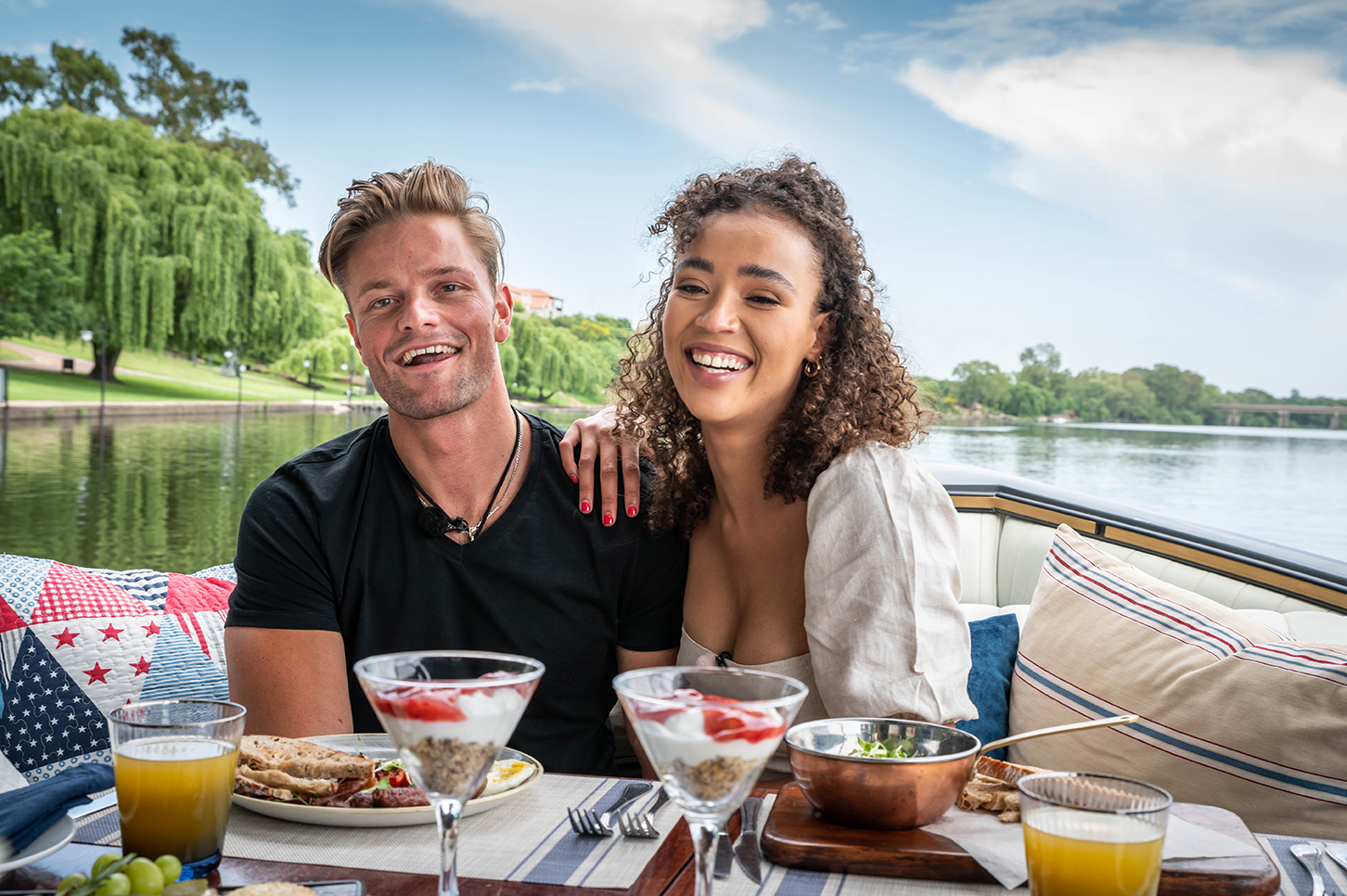 In a very intimate and romantic breakfast on a riverboat, the two talked about how they missed each other. Gareth spoke about how she brought out his feelings and how he had not felt like this in years. The envelope came up again, and Q said she was very nervous about it, and so they passed it up.

After the river date, the two took the date to the kitchen, where they baked together in the kitchen at Qiniso’s mansion. It was a fun, playful session that led them to a picnic, where they opened up again as he spoke about being transparent. This led to them taking up the card and spending a bit more time together in private. 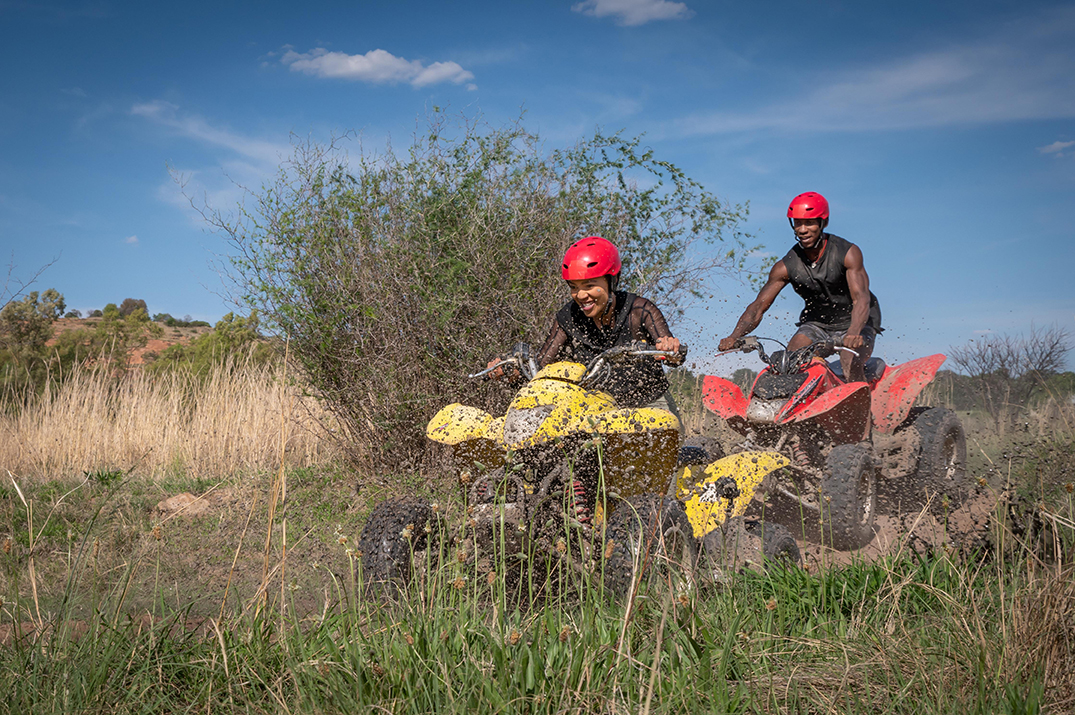 Up for more adventure, the tomboy side of Qiniso went on a quad biking date with Vuyani.

It was fun and fierce as the two raced through the muddy veld. After the quad biking, Qiniso brought up God, which took Vuyani back a little.

This was followed by a magical dinner under a tipi. Q was happy with the way both Vuyani and her challenged each other as it brought them closer and made them more open to talking about hard topics. He then went on to talk about his past relationship and how it ended due to race, and she reassured him that he would not have that problem with her.

The date got a little awkward when the issue of religion came up, and Vuyani said that he was agnostic. He believed that if someone followed a religion that was about love and peace, that he did not have a problem with it. This answer did not sit well with Qiniso as she was still wondering about how it would affect their future children.

The date got even more awkward as the envelope appeared again, and Vuyani assumed that it was a done deal that they would have free time together, but they laughed it off.

The rose ceremony to chose the top three 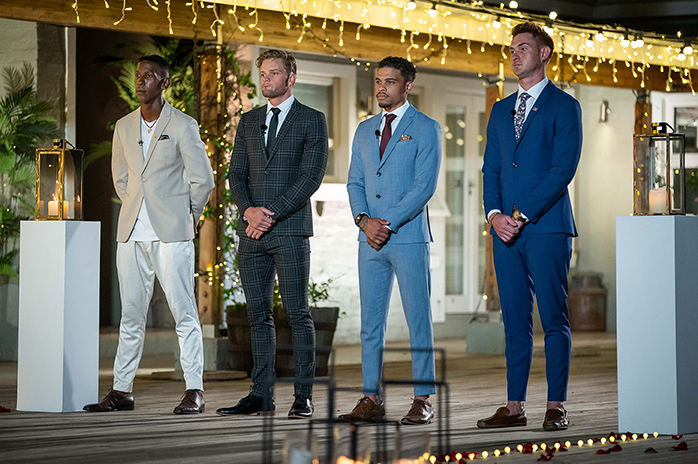 Jason warned how hard the night was going to be for her as she had to choose her final three.

In what was a tense ceremony, Justin thought that Swazi might be going home, but he received the first rose. The next one went to Gareth, leaving close friends Vuyani and Justin facing each other.

In the end, after a really tough decision, it was Justin that received the final rose, to his surprise. Both Q and Vuyani were heartbroken as it began to rain as he walked up to her to say goodbye. She took it as a sign that it was a new start for him. It was hard to see him leave, as Q was very close to him and so were the guys.

After a very difficult decision, Qiniso’s journey to find love is almost at an end as she is left with Justin, Gareth, and Swazi as the final three. She will get the meet their families and decide who will be her final two.

The Bachelorette SA Season 1 will be screened every Thursday at 19:30 on M-Net Channel 101. DStv.