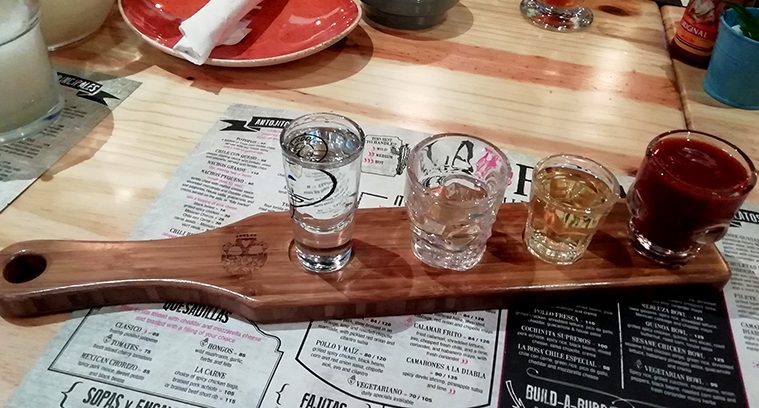 La Rosa takes us on a real Tequila Journey

When one is doing such an emotionally and physically taxing piece of theatre as Die Rypmaakkamer, making time to unwind, chill and socialise after a long week of performances is crucial and we could not have done so more effectively than last Sunday night at La Rosa Time Square.

In the knowledge that there are a few tequila addicts on the team, La Rosa management invited us for a special tequila tasting at their venue. Now when one thinks of your average tequila that is consumed around the country, you could be forgiven for having your body go into one of those odd but very family tequila spasms. What we sampled though was more like nectar for the gods and just shows why La Rosa has built the reputation of offering the world’s finest Mexican beverages! 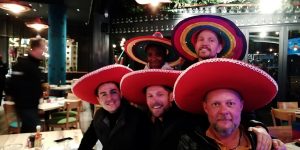 Upon arrival we were welcomed by James who then had his staff deliver a paddle of three special tequilas to each member of our team.  The tasting menu was as follows.

The result of second distillation. It is crystal clear, and does not require aging. Many purists swear by Silvers believing the taste of the Agave is more prominent

Rested, or aged, for a period of 2 to 12 months, in white oak barrels or vats called ”pipones”.

Anejo, must be aged for 1 to 5 years, with Extra Anejo being a minimum of 3 years and upwards. Aged in barrels, contributing to a more pronounced appearance of wood in colour and flavour. Meant to be sipped and enjoyed slowly

With sombreros on our heads and an eagerness to dive in, James talked us through each of the tequilas in great detail and explained how to best bring out their flavours using the condiments that had been brought out as well.  Not a grain of salt was present on the table, as James explained, with 100% pure Algarve it is not necessary to have the salt that is so badly needed when drinking the stock standard tequila served in most other venues.

Instead of simply shooting the three shots, we sipped on them having half at a time and then allowing some palate cleansing with limes, pineapple or tomato juice that had elegantly been served in a shot glass alongside each tequila.

Even our Director, Frans Swart, who is a self-confessed tequila tragic, was completely blown away by what he was tasting and later proclaimed that La Rosa serves the best tequila in the world! We were also show some very special varieties and allowed to smell the aroma of these exclusive tequilas. 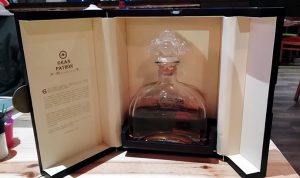 James answered all our questions and how great it was to have a business owner that is so knowledgeable about the product he is selling.

Following the tasting we treated ourselves to some fabulous Mexican food and of course the mandatory margaritas and wow the quality of the meal was beyond superb.

The meal was rounded off by one more surprise from the La Rosa team, which was one of the signature flavoured tequilas for dessert.

This was simply beyond amazing and the oohs and ahs around the table I think could have been heard all around time square as we gently sipped on what to all intense and purposes is liquid alcoholic popcorn.

What a magnificent time as had by all and Die Rypmaakkamer team thank La Rosa for their amazing hospitality and for hosting us for such a special event.

Whether yo are planning a business function, a birthday party, a corporate event or just a fabulous night out with friends or family, I strongly recommend you get down to La Rosa Time Square and let James and his team treat you to an evening they will be remembered by all for a long log time.