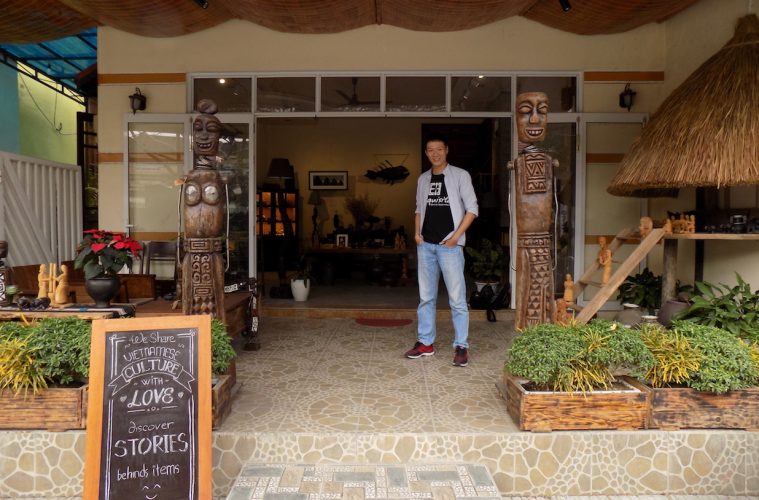 On the edge of Old Town in Hoi An, Vietnam sits a store whose mission is more than just to showcase beautiful sculptures made around the country. Kiet, the owner of Exquisite, started his store with the aim to preserve ethnic minority cultures and the artwork that has been passed down from generation to generation. An engineer by trade, Kiet found a passion that he couldn’t deny that gives him a sense of pride and meaning everyday.

When I walked into the store in mid-January they had only been open for 55 days, but Kiet’s dedication to the store has a much longer history. Kiet became interested in these cultures when he visited a museum in Dak Lak where artwork from the M’Nong village was on display alongside of several members of the community. He told me it wasn’t custom to learn about Vietnam ethnic minority cultures in school so when he met them his curiosity took over. He visited them a few more times at the museum before making the overnight bus trip to the small, remote village that housed these craftsmen. When he arrived he found that there were only a few left who could teach the craft and educate people on what had previously been handed down for generations. He knew then that action needed be taken and more people needed to know about these cultures and their practices on the precipice of dying out. He took it upon himself to put as big a spotlight as he could on their artwork and culture. 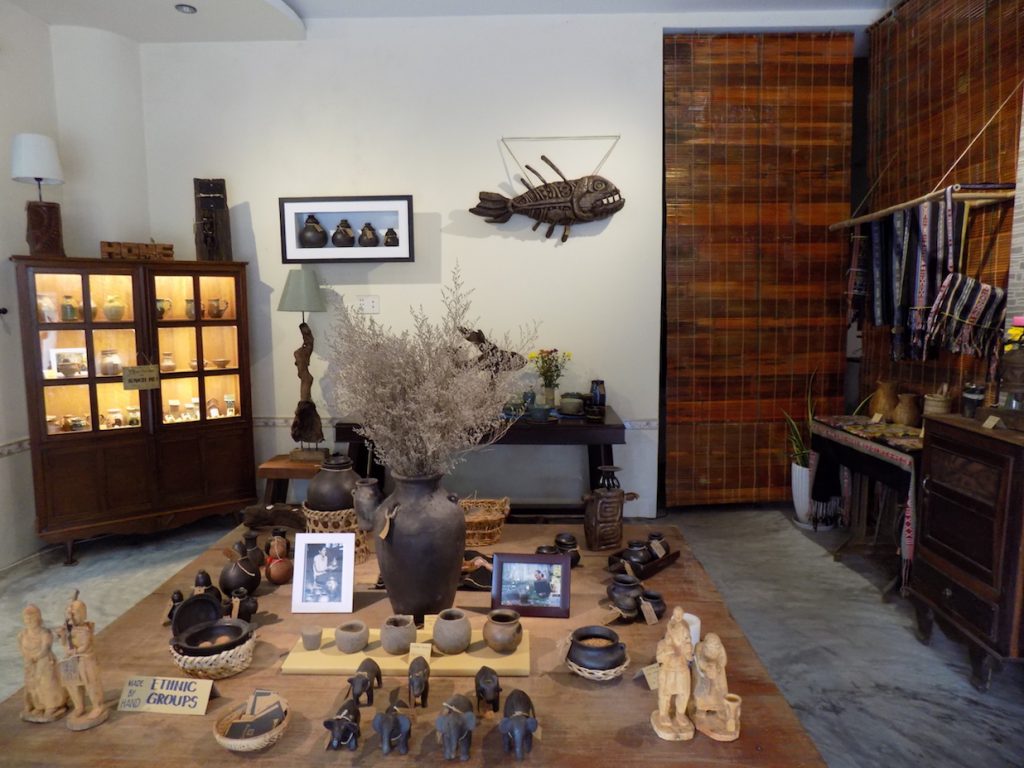 Soon after he went to the M’Nong village, he quit his job as an engineer in Ho Chi Minh City and threw himself fully into organizing and gathering handmade products from ethnic cultures around Hoi An – a place he and his wife decided on because of all the cultures that merge in the town. Kiet wanted his store to act not only as a revenue source to help support the villages he features but also to educate visitors, tourists, and even Vietnamese people who never had the chance to learn about these ethnic cultures. Because of this goal, Kiet has taken the time to grow knowledgeable about each village and their craft so Exquisite feels more like an interactive museum rather than just a store. I went into the shop hoping to learn more about Kiet and why he wanted to start the shop, I left having learned more about Vietnam and inspired to help him share his mission. He’s just one of those people whose passion oozes off of him and energizes those around him. 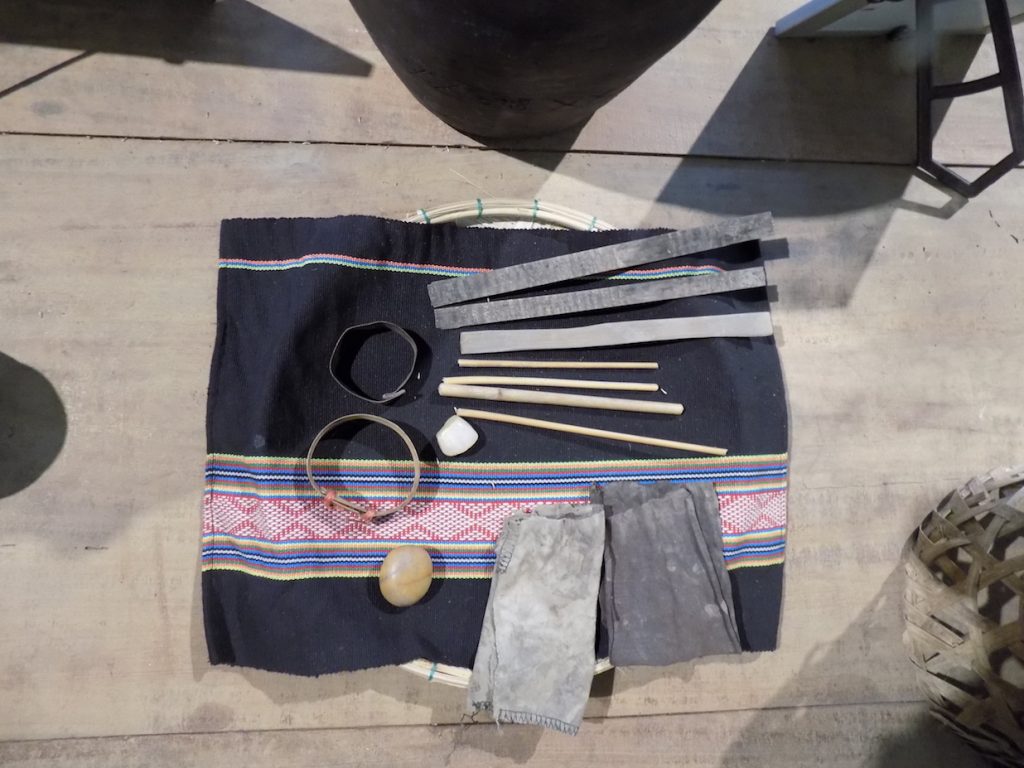 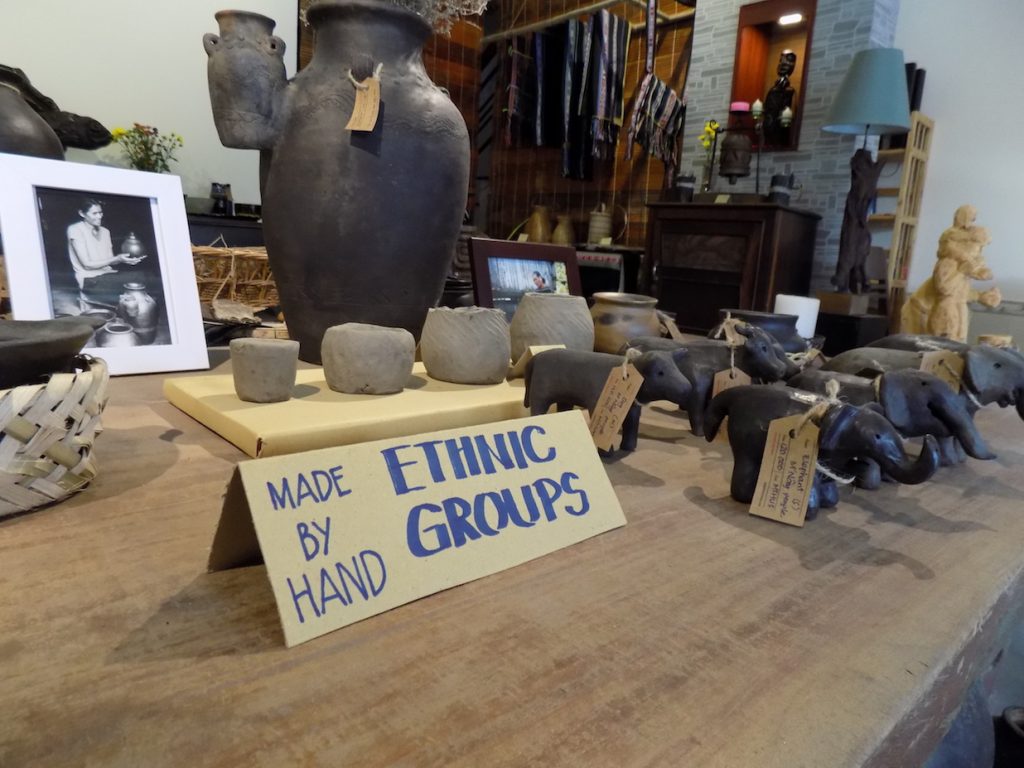 While the M’Nong people might’ve sparked his interest, he currently features four villages in his store – M’Nong, Ede, H’Re, and CoTu each with their own special craft.

The M’Nong people work with clay, making pottery by hand – not with spinning wheels. They take their time, walking around the clay and shaping it rather than using a machine. The tools they use are simple and it can take around a full day to fully shape the pottery before leaving it out to dry and paint.

The Ede people create wood sculptures to be used outside community houses or graves. These statues are featured outside the store and the entrance is marked with two large wooden figures. 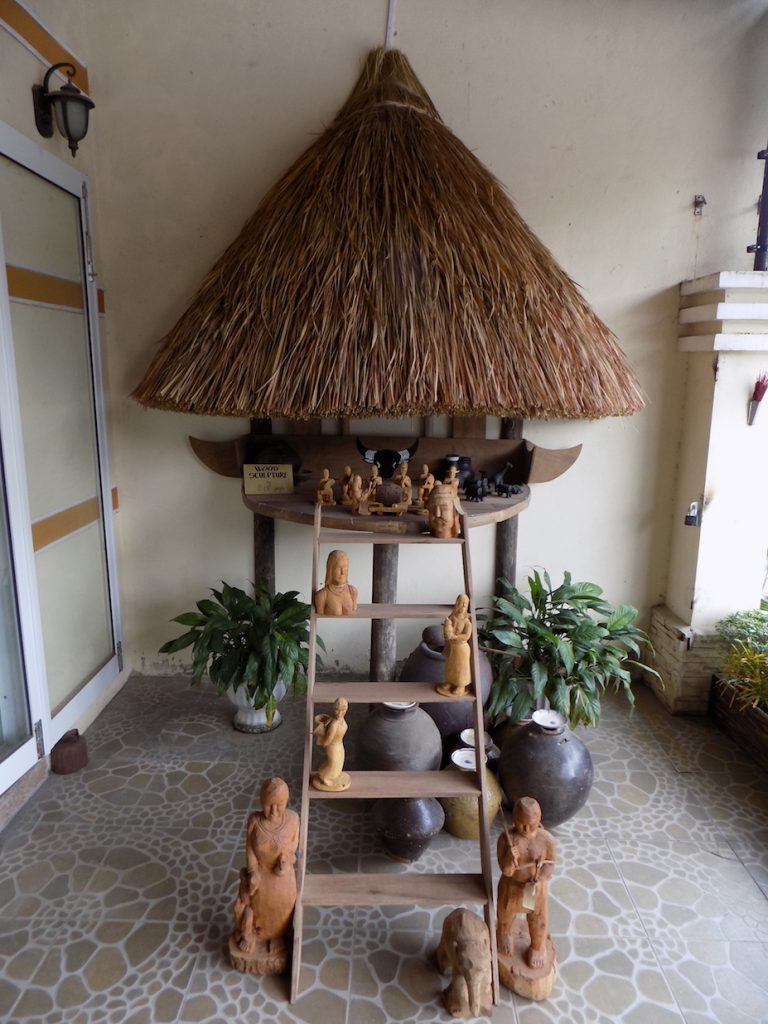 The H’Re also create wood sculpture but these are meant to be inside the home. These wooden creations are much more modern and usually feature animals.

And the last group featured, CoTu, creates ornately designed loincloths made with either beads or brightly colored thread. 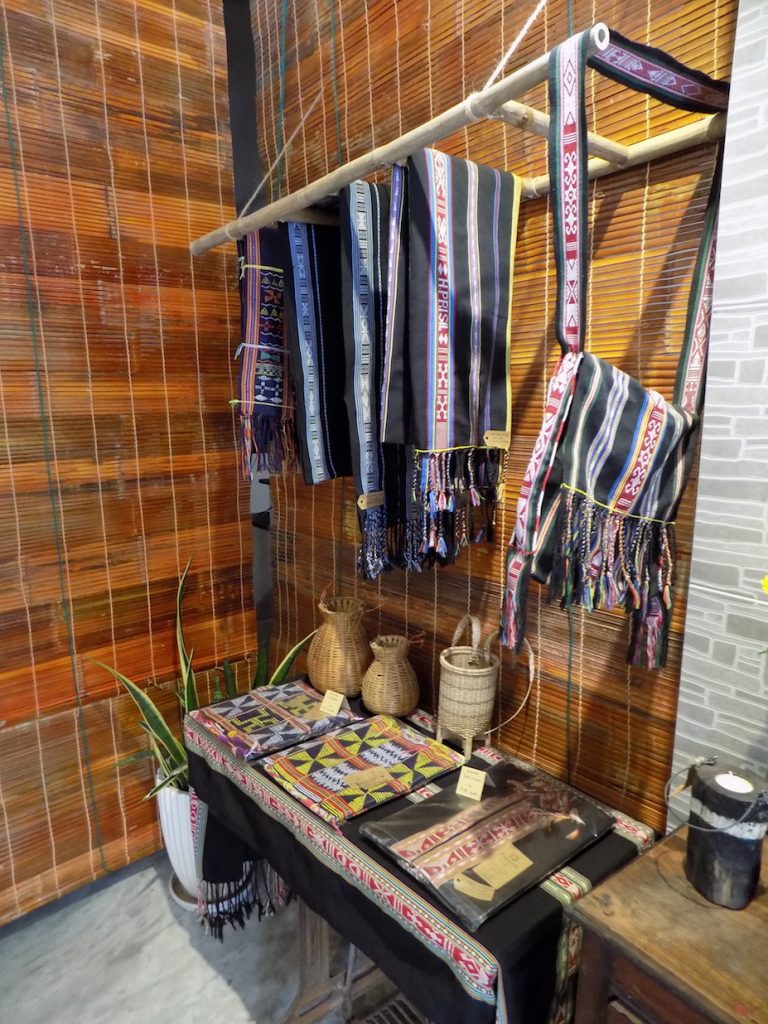 There are 54 ethnic minority tribes in Vietnam and Kiet plans to feature them all in some way. Exquisite is truly an experience that you can’t miss if you’re staying in Hoi An – not only will you be able to learn about just a few of the minority cultures in Vietnam but you’ll also be able to walk away with a truly beautiful handmade piece of artwork.