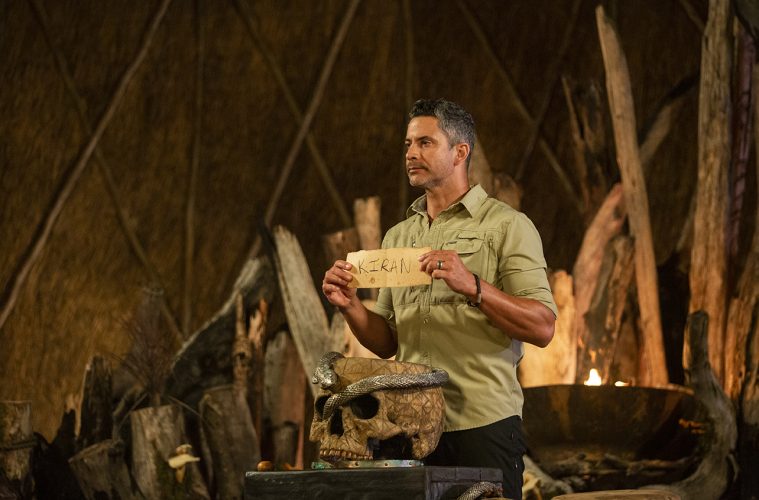 League of Shadows Relegated by ‘Chappies 3.0’

The ‘League of Shadows’ is no more, after a fourth consecutive Individual Immunity Challenge win for Chappies and Anela turning his back on his former alliance saw Kiran’s torch snuffed at Tribal Council on this week’s (2 September) episode of Survivor South Africa: Immunity Island.

Kiran’s departure and Anela’s defection would seem to leave Tyson – now hindered by a minor leg injury – in a minority of one, having seemingly been in total control of the game, just a week or two ago. 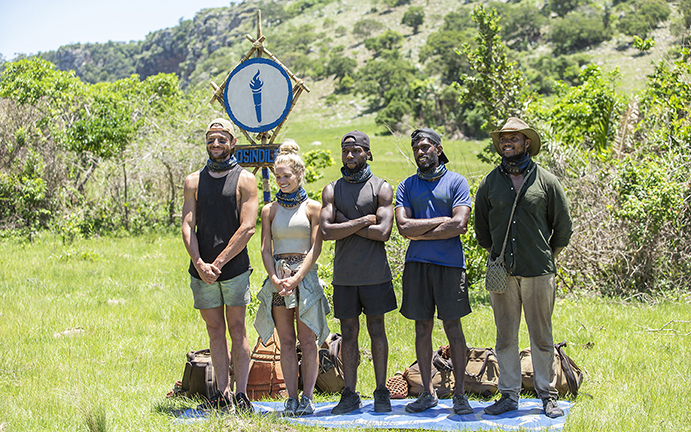 With Kiran and Tyson feeling unable to trust Anela after his clumsy gameplay last week – but still wanting to keep him close, while courting Nicole – their mission was to oust Chappies at all costs.

Anela’s untrustworthiness had also dented his relationship with Nicole, with Chappies advising him to repair that relationship before Kiran and Tyson could draw her close, again. Kiran had beaten him to the punch, though, and explained his decision to gun for her last week while asking to work with her towards a place in the Final Three, with Anela no longer an option for him. Chappies then also had a one-on-one with Nicole about the realities of not siding with him, leaving the last woman standing, in a powerful position in the game. 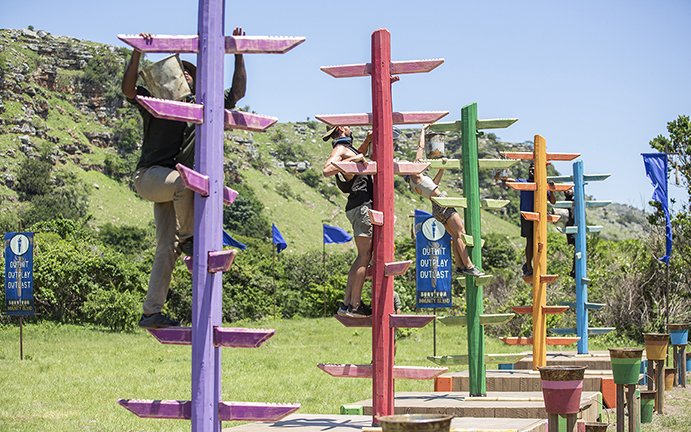 Donning war paint and promising ‘Chappies 3.0’, the ‘challenge beast’ duly won the Reward Challenge, securing sustenance in the form of steak, mash and gravy, milk tart and red wine – and the chance to share the meal with someone. Confident that he had Nicole in his pocket and with no chance of winning over Tyson or Kiran, he chose Anela to feast with him. Despite a plan to only talk pleasure and not business, Anela pledged his allegiance to Chappies during the feast, before hatching a plot to get more food back at camp by telling the others they had been forced to share a single plate of food.

Kiran had appointed himself Minister of Rice to ration out the slim food pickings at camp – but the duo’s story about sharing a meal appealed to his softer side and scored them some rice for dinner. Not content with that, Chappies then sneaked off to his secret ‘diner’ and feasted on mussels and crabs that he’d caught. With Anela having watched him pack the potjie and his cup while pretending to be asleep, he and Kiran followed Chappies and confronted him – and he coolly invited them to dine with him. They refused and headed back to camp – with Kiran presumably hoping to use ‘Chappies’ Diner’ as ammunition to take him down, in front of the Jury. 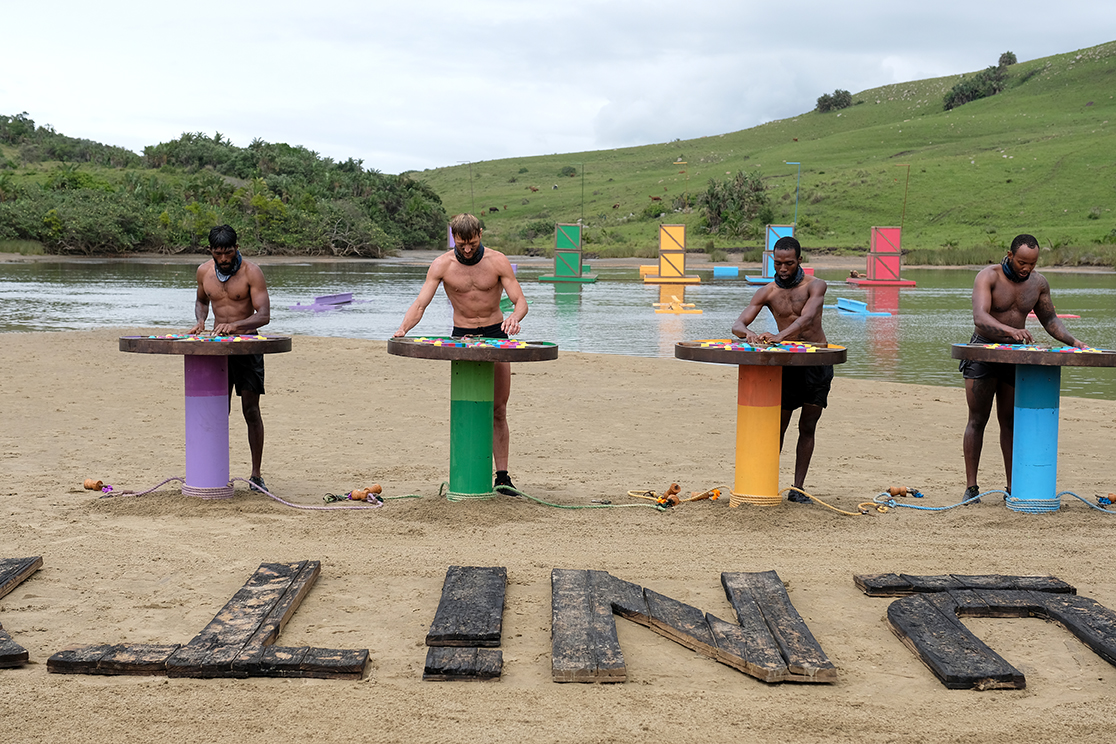 Well-fed and guilt-free, Chappies again donned his war paint and powered to a fourth consecutive Individual Immunity Challenge win, with Nico commending Nicole on never giving up, despite being way behind the rest. Back at camp, Tyson and Kiran were being unusually friendly with Chappies, while Anela and Nicole cemented their alliance, figuring that Kiran was the more significant threat to their survival in the game. When Kiran bluntly asked if his name was being written down at Tribal Council, Anela confirmed his suspicions, leaving Kiran and Tyson to share an emotional goodbye before heading off to vote.

At Tribal Council, the dire food situation took centre stage, with Chappies’ series of wins being attributed to his clandestine eating habits by his fellow Castaways. He argued that he was simply using his initiative in finding more food to fuel up, enjoying the fruits of his labours to outplay the others at challenges as his way to ‘Outwit’. Jury member Wardah – with whom he’d clashed over rice rations before she was voted out – rolled her eyes so far back in her head that she could see behind her. 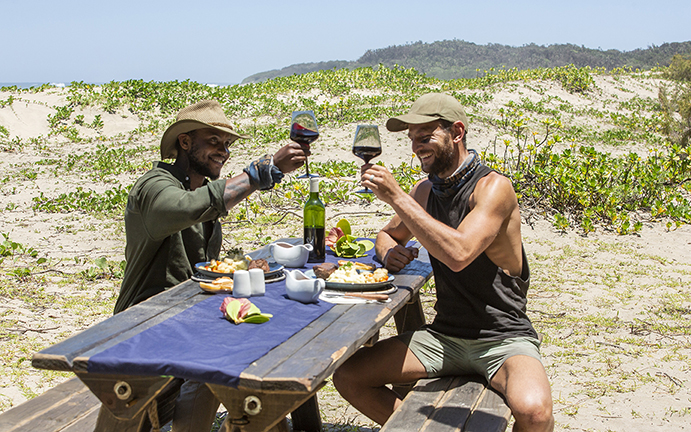 With the result of the vote something of a foregone conclusion, Kiran’s torch was duly snuffed – but remained dead-set on keeping his promise to ‘forgive, but not forget’ made earlier in the day and sway the Jury to his bidding. Tribal Council ended with a reminder from Nico that, with just four left in the game, there’s nowhere to hide and it’s vital to leave everything on the Survivor battlefield as they entered the final days of the game.