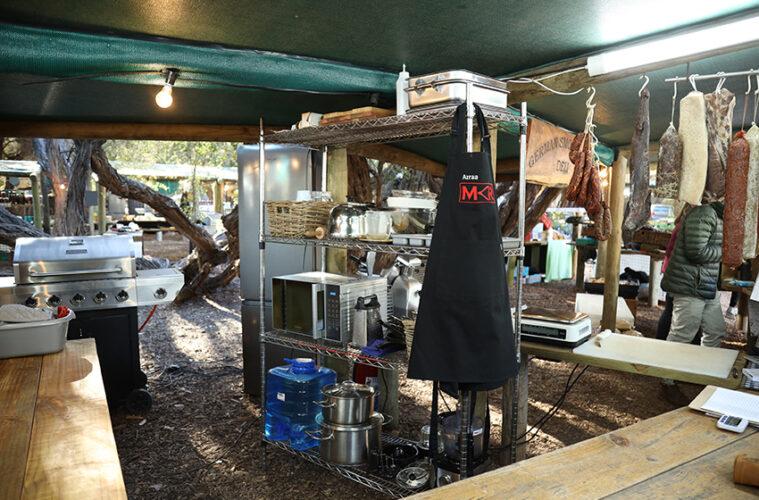 Martin & Eddie Bow Out to keep Jessica & Nicole in the Competition

In a season that keeps delivering surprises as big as its cooks’ flavours, Martin & Eddie threw Jessica & Nicole a lifeline on My Kitchen Rules SA this week by voluntarily bowing out to keep the sisters in the hunt for the R1 million prize. Amidst the drama and emotion at the sudden twist of fate, Larcé & Jabu had produced the best dish of the day to secure their spot in the next round, along with Tim & Shereez, Shaeem & Mas-ud, Abraham & Michelle and Azraa & Waven.

The sisters’ dish received the fewest ‘People’s Choice’ votes from the hungry crowd at the Wild Oats Community Farmers’ Market in Sedgefield, which would send them home – but then fellow bottom-three contestants Martin & Eddie asked judges David Higgs and J’Something if the sisters could stay in the competition in their place, if they were to give up their spot. After a brief consultation and some soul-searching questions for both sets of home cooks, the deal was made to keep Jessica & Nicole in the competition after the father & son-in-law duo bowed out. 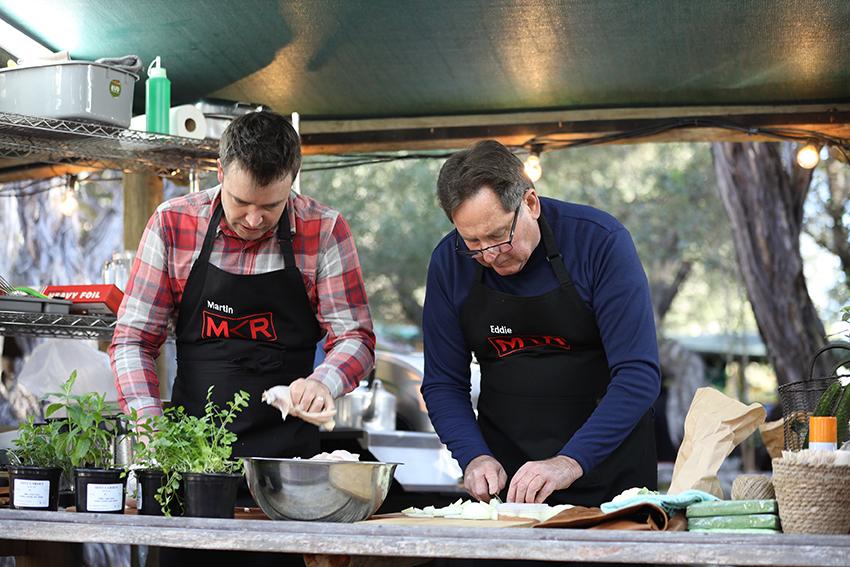 The teams had been tasked with producing a dish using the rich and diverse farm produce available on the Garden Route – shopping to a strict budget and having to produce enough dishes to feed 60 hungry visitors to one of the country’s most-awarded markets, in just two hours. The diners’ votes would determine the best dish of the day and the one that would send its cooks home.

Larcé & Jabu and Martin & Eddie were the only pairs forced to enter a bidding war for their preferred protein – lamb – with the ladies bidding high, quickly, to rule the men out of the running. 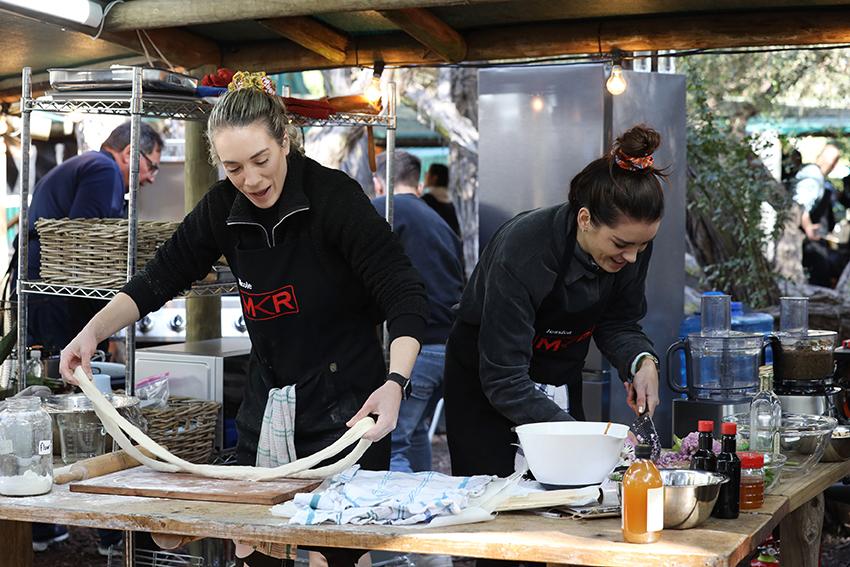 As the contestants became acutely aware of how much work it takes to prep and cook for 60 people, trouble crept in – with Jabu having to constantly return to the market for ingredients she’d forgotten, Tim struggling to properly prep the fish and Waven bringing his and Azraa’s prep to a screeching halt when he sliced off a significant part of his index finger while chopping strawberries. Though the medics wanted to take him out of the challenge to send him to hospital for stitches, he decided to get patched up and power through so Azraa wasn’t left to compete on her own.

The judges had time to sample each duo’s dishes as the market visitors tucked in. J’Something was disappointed with the texture of Shaeem & Mas-ud’s Beef ‘Taco’ (really more a roti) with Pineapple Salsa and David enjoyed the filling on Abraham & Michelle’s croquettes, but agreed with J’something that the crust was too crispy. While David enjoyed the filling on Jessica & Michelle’s dumplings, J’Something thought the ratio of dough to filling was out. Both enjoyed Azraa & Waven’s pancakes, which J’Something thought were more like crumpets as David praised their flavour combinations. Both also found Martin & Eddie’s Chicken Curry very bland – the accompaniments were flavourful but the hero protein didn’t carry enough flavour for them. David felt Tim & Shereez hadn’t made enough of an effort with their Fish Korma considering the array of ingredients they had to choose from but said Larcé & Jabu’s Durban Lamb Curry was ‘curry as it should be’. 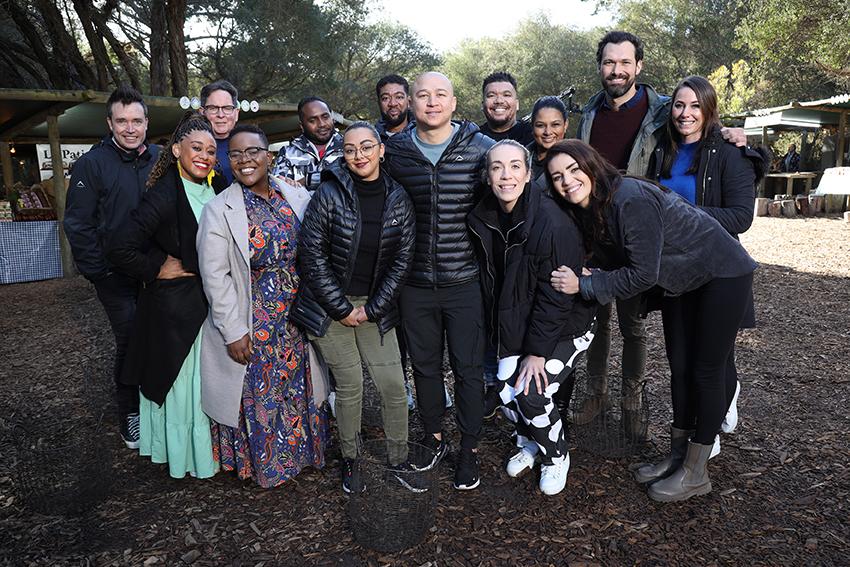 Once the votes were cast and the announcement was made that Jessica & Nicole would be heading home, Martin whispered to Eddie that he thought they should surrender their position in the competition to allow the sisters to pursue their cooking dream. With their wish confirmed, an emotional Martin said that the pressure of the last two challenges was tough and that they’d had an incredible time, loving every second of their journey. Eddie added that the sisters deserved a second chance more than they did and wished them well, with Jessica promising they’d pay back the favour by cooking their hearts out.

Next week, the six duos left in the competition head into the kitchen at the brand-new Chef’s Academy in George, under the watchful eye of Chef Karen Dudley, to take a step closer to that R1 million prize.