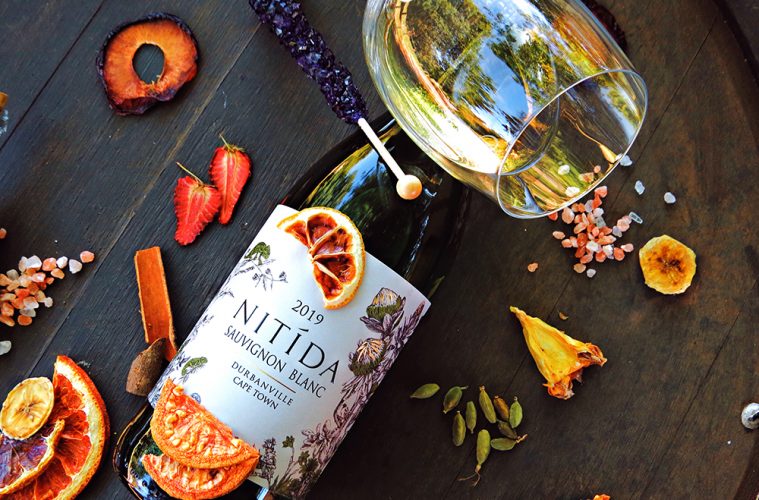 Nitida is where memories are made

No matter where in the world you are, there is something to be said for visiting boutique wine estates. They are always more intimate and somehow just that little more personal than the commercial farms. Nitida, a small family owned and operated estate, is a boutique beauty tucked away in Durbanville.

Upon arrival we were welcomed by owner, Bernhard Veller and then whisked into the cellar where a table had been prepared for a wine tasting to start the day. There was much activity as it was also a bottling day and it was great to watch the whole team hard at work. We were then introduced to the 2019 Diners Club Winemaker of the year, Nitida’s own Danie Keulder. Much to our delight Bernhard and Danie would be joining us for our entire experience and Danie himself would be conducting our tasting. This is when we knew that this was going to be an incredibly unique experience as it’s not often you get to sit with the winemaker as you taste his wines and listen to him talk about his process. 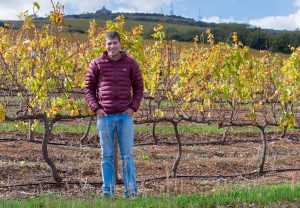 We began with The Matriarch MCC and what a delight it was. A fruity nose and distinct hint of jasmine gives way to lingering apple tones on the palate. It was interesting to find out that Nitida never intended branching into MCC but Danie was determined and he has produced an absolute gem.

Next it was on to a selection of four whites. The 2019 Sauvignon Blanc is one that astounded me. It was deliciously fresh and fruity and took me all the way back to my days in New Zealand. Danie explained the intention to produce one of these varieties that was much lower in acidity and he certainly has achieved that whilst fully maintaining the integrity of the cultivar. The 2019 Wild Child is a more complex wooded Sauvignon Blanc that has a beautiful floral nose which then delivers an initial peach and strawberry combination before leaving a lingering blackcurrant taste. The third in the Sauvignon Blanc range was the 2018 Golden Orb, named after the majestic golden orb spiders and their webs. It must be remembered that the Durbanville region of the Cape is famous for its Sauvignon Blancs, so it came as no surprise that Nitida’s white offerings were truly outstanding. 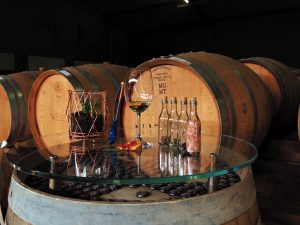 The Golden Orb’s nose is strong with distinct nettle and spanspec and a salted caramel finish. The final white was the 2017 Coronata Integration. A blend of barrel fermented Semillon and Sauvignon Blanc with a complex nose and hints of pancake and spice making this a wine to savour.

All through the tasting we got to learn a great deal about Danie and Bernhard. Their estate is a life choice and there is no doubt they are in the business of building relationships with their consumers and not just selling wine.

We then moved on to the reds. Starting with the 2017 Pinot Noir, which was one of the best I have tasted anywhere in the world. Packed full of majestic heavy fruit notes with strawberries, liquorice and cherries. I would have been very happy to nip off with the whole bottle, find a quiet spot to spend the rest of the day quietly sipping on this liquid diamond. The 2018 Merlot is a soft and silky easy-drinking wine. Its characteristic berry flavours burst with rich exotic plums and end with high quality dark chocolate. The 2017 Cabernet Sauvignon is a local favourite and this one is made to perfection with everything you would expect from a high quality Cab Sav. Lastly we were presented with the 2017 Calligraphy which is a sophisticated blend that can best be described as liquid satin. Rich and smooth with a sexy aftertaste that lingers and demands to be topped up. Like all the other reds this is a great pairing wine and I believe would be best enjoyed with a flame-grilled steak.

To end off our tasting we were treated to the 2019 Modjadji, a Nobel Late Harvest which Danie immediately referred to as a true “sticky”.  Being an avid lover of traditional Australian “Stickys” I was a little sceptical as South African Nobel Lates are certainly world class but I have yet to find one that really lives up to the term “sticky”.  At last I have found one. It is named after most powerful rain queen in Southern Africa and believe me it rains thick, rich and sweet. 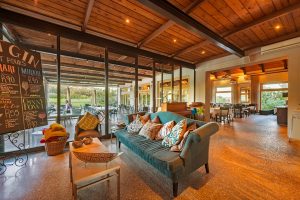 It was then time to sample Nitida’s culinary offerings. As we entered Tables we were joined by on-site director Warren Swaffield and Danie had ensured a few bottles of wine had travelled from the cellar to the table to see how well they paired with the delicious lunch we were about to enjoy. Warren had taken the liberty of ordering a delightful selection of entrees for us to share. Tables prides themselves on their mantra “For the Love of Food” and the delicacies placed in front of us absolutely lived up to that promise. A Pickled Fish dish which is a staple across the Western Cape was simply divine with a real punch of flavour. The watermelon salad was equally flavoursome and left our palates feeling refreshed and I was almost cheeky enough to ask the chef for the recipe. The third entree was sliced smoked chicken with Rosa tomatoes and apple salad on the side. Everyone tucked in as the conversation continued and we savoured each mouthful.

For mains we moved to the plush fine dining Cassia. Our orders ranged from beef wellington to chicken curry and battered fish to my perfectly grilled sirloin which was served with a black olive parmesan briami and humus mashed potato. The presentation of all the dishes was also a real visual treat. You would go a long way to indulge in a better meal out in the winelands and not just in the Durbanville region.

As a final special surprise, one of us got to fire one of the canons on the estate, under the watchful supervision of Erick, Jurg and Jocubus who are affectionately know as “The Team”.  With some trepidation, the fuse was lit and the canon let rip and thundered off into the distance signalling the end to what was a magical day.

Our Nitida experience was nothing short of outstanding. Spectacular wines, incredibly prepared food and company that was just marvellous. Thank you Bernhard, Danie, Warren and the Nitida team for a day that will live in our memories for a long time.