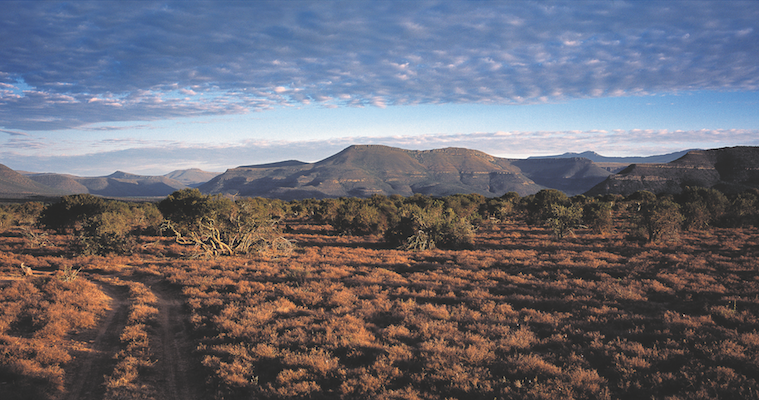 Samara, a cocoon in the Karoo

Think safari, and chances are you conjure up an image of Mpumalanga and Limpopo. And while those are, indeed, fantastic game viewing destinations, there’s something to be said for a wildlife experience with a difference.

Enter Samara Private Game Reserve. What makes it so different? For a start, it’s in the Karoo. That means that the place has a magic all of its own, even before you’ve spotted your first animal. This is a place where the horizon is as long as the silence is deep and the night is dark – and this, alone, creates a sense of peace that can soothe your soul like very few other destinations. Suffice to say that simply sitting on your private veranda in Samara’s Manor house, listening to nothing at all, is an experience.

The Manor House itself seems to have been designed with an eye to creating a sensory haven. It’s all muted tones and textures, with many a little nook to cosy up in with a book on a chilly Karoo night while a blazing fire roars. During summer months, the pool beckons. It’s the perfect spot for a family getaway, although accommodation is also available in the equally luxurious suites at Karoo Lodge, the reserve’s original farm house.

If you’ve been buzzing about your city, the sheer plushness of the accommodation makes it tempting to do, well, nothing. But this is, after all, a game reserve – and as any South African who has grown up with memories of competing with relatives to see who’s had the better game viewing experiences, trying to spot springboks is as much a national pastime as watching rugby and braaing. This is where Samara truly comes into its own: as a conservation haven, there are surely few destinations to rival it in South Africa. When the land was first purchased around 20 years ago by Sarah and Mark Tomkins, it had been almost totally denuded of wildlife – the irony being that this part of the country boasts even more biomes than the Kruger National Park. As such, it should be teeming with wildlife – and, indeed, it once was. But that was more than a century ago, before populations were decimated by settlers and farmers.

That’s why Samara is such an important project for Mark and Sarah. They are intent on bringing back the area’s biodiversity, and have started with a slow and steady reintroduction of species, including elephant and lion. Watching animals in their natural habitat always feels like a spiritual experience, but knowing that the species you see are being given a new lease of life makes it all the more miraculous. 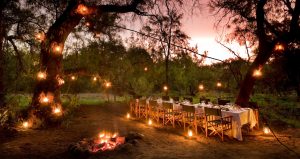 During our visit, we were lucky enough to come across a small cheetah family – descendants of Sibella, the very first cheetah to be relocated to Samara – as the (now teenage) cubs were taking part in one of their first kills. We sat for what felt like hours, breathless; close enough to feel their tension as they stalked their pray.

Later that day, we set out to track the rhino we had spied, tracking their prints through the ever-changing bush.

These were spectacular moments, to be sure – but little could beat the bush picnic that is one of Samara’s flagship experiences. The table is laid at a viewpoint where the world seems to spread, an infinite landscape, before you; breath taking in the truest sense of the world. It was then that I got a real feel for the timelessness and majesty of the Karoo – and that’s what makes a Samara safari quite unlike any other.