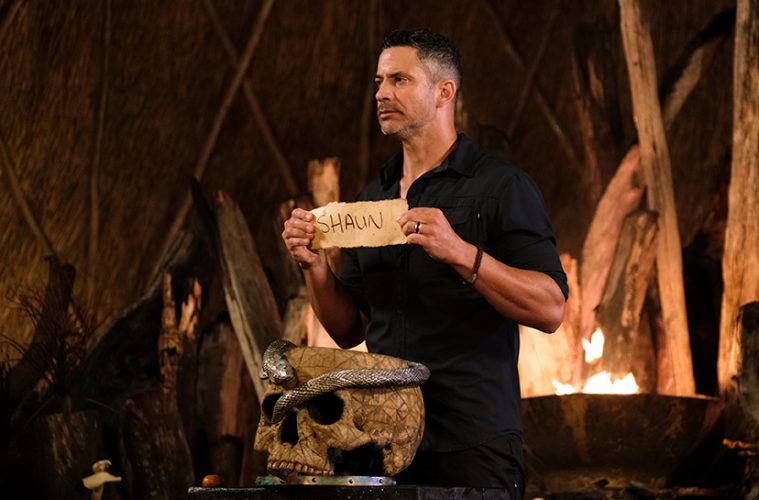 Shaun’s 11th-hour olive branch to Santoni failed to win the double-agent’s vote, sending him crashing out of the game – but landing him on the Jury – of Survivor South Africa: Immunity Island.

Tensions were high when Osindile returned from blindsiding Marisha at Tribal Council, with Chappies thrilled, Nicole heartbroken and Shaun plotting revenge on Santoni. Santoni, angry that Shaun blamed her for Marisha’s departure, told Nicole that Anesu remained on the Vuna OG side of the vote, with Shaun listening intently to their conversation. 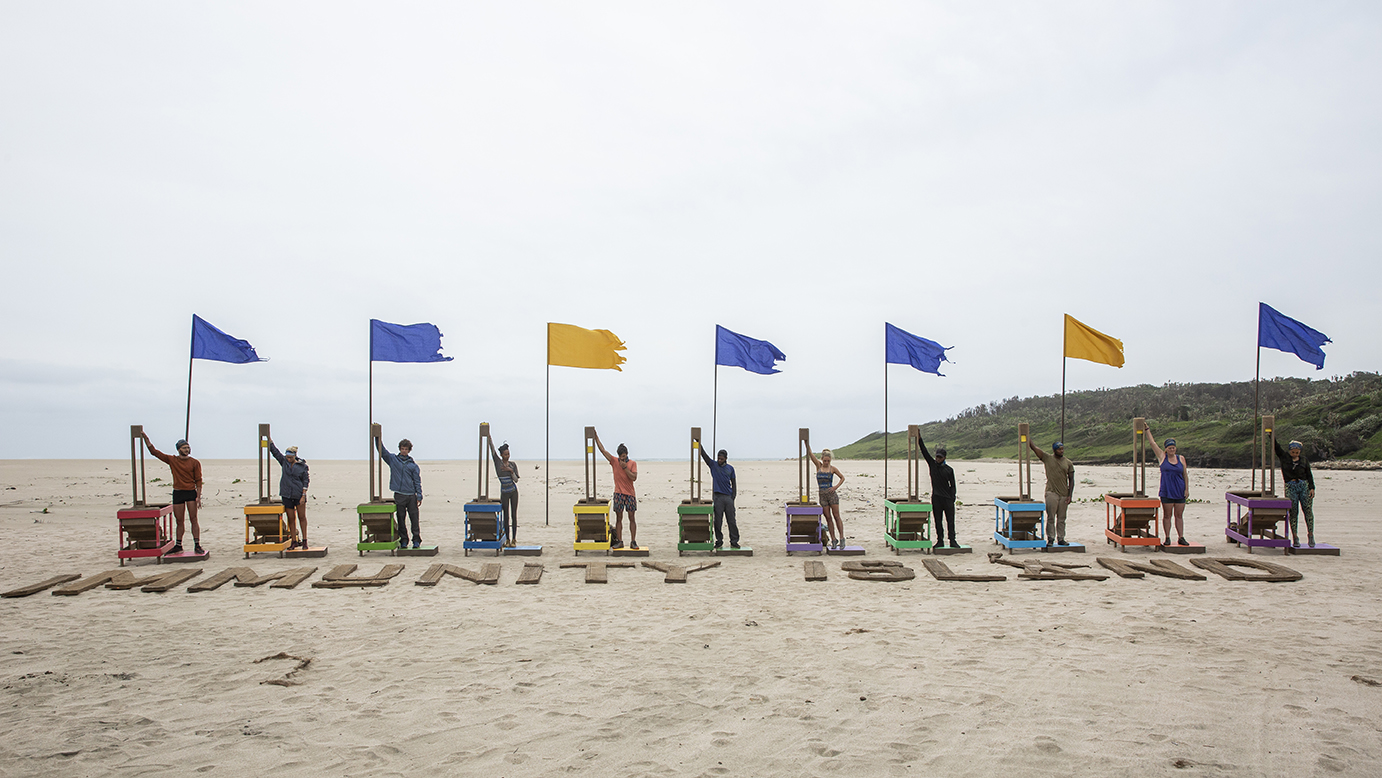 The Reward Challenge saw Osindile divided by a random draw and competing in a teamwork-driven challenge that tested balance, co-operation and accuracy. The orange team – Wardah, Chappies, Amy, Renier and Tyson – took on the green team of Anesu, Kiran, Anela, Nicole and Shaun, while Santoni drew a white stone, sitting her out of  the game to even the numbers. If she could correctly predict the winning team, though, she would be allowed to join them in their reward – a feast of pizza, beers and soft drinks. She chose orange – and they duly won, sending those on the green team back to camp with nothing.

Chappies very unsubtly spent most of last week’s Merge Feast hunting for hidden clues and this week it was Santoni’s turn to be ‘Captain Obvious’ as she told everyone they should carefully scan the table and surrounds for advantages, together. Renier found a parchment hidden under the table, right where Santoni was sitting and somewhat reluctantly read out the clue to the group. The clue put in play a Hidden Immunity Idol, stashed somewhere at Immunity Island. Renier asked that he be sent to Immunity Island to look for it, since he found the clue – but Santoni objected and the group were left without a clear plan, as they headed back to camp. 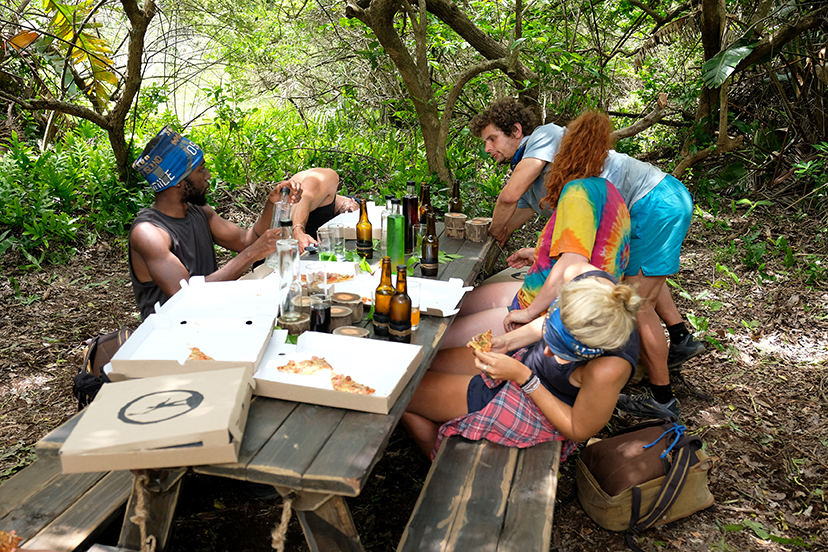 It didn’t take long for the news to spread on their return, leading Amy, Nicole and Shaun to have a hasty conversation about numbers, agreeing that they needed to swing either Anesu or Santoni to their side. Shaun was tasked with attempting to discredit the latter with Kiran and Tyson, in the hope of swaying their opinions of her, too.

Individual Immunity Challenges are always high stakes – but with the additional Immunity Island advantage in play, they were stratospheric, this week. A test of memory involving repeating a series of colours read out by Nico left Kiran and Anesu competing for the win for the second time in a row – and, for the second successive time, Kiran was victorious. Apart from securing his own safety – but also painting a massive target on his back for the future – he sent Wardah to Immunity Island. 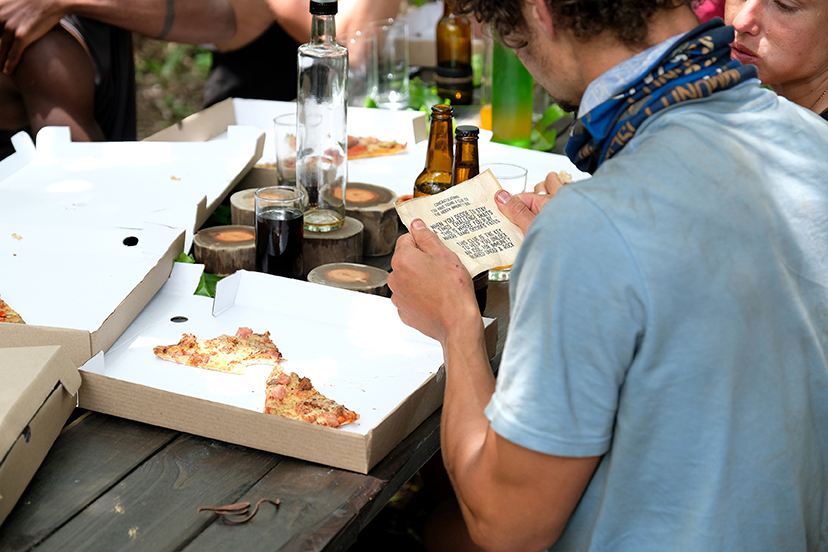 Despite her knowledge of the Hidden Immunity Idol, being able to search for it still hinged on her staying and completing a challenge. Understanding the importance of her vote at Tribal Council, she elected to ‘give up & go’, taking with her the ability to bequeath the Immunity Island necklace to someone else.

Meanwhile, Amy had spoken to both Anesu and Santoni, reporting back to Renier, Anela and Nicole that the former was willing to work with them to swing the numbers in their favour – but not right away. That meant their best bet was for Anela to make peace with Santoni in a bid to get her onside – at least for this week. After a heartfelt chat, Santoni promised him she would protect him and Amy and revealed that she would be voting for Shaun. 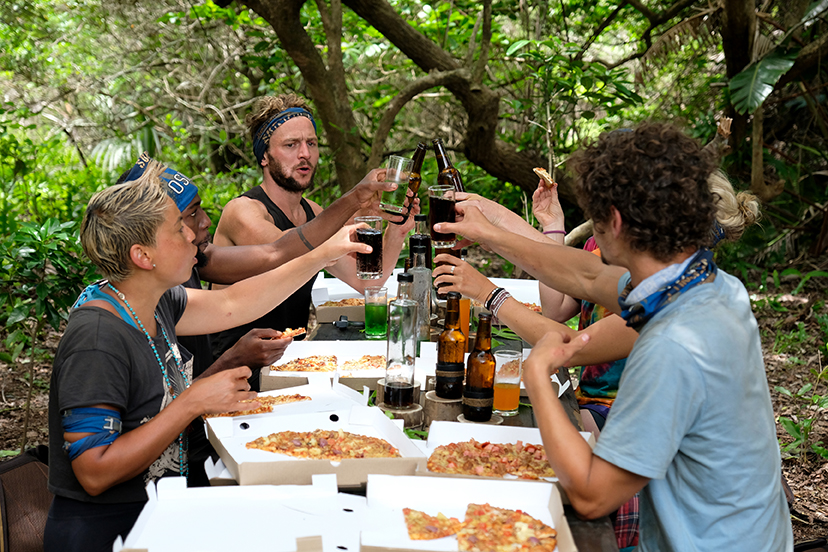 With that chat in mind, Santoni resisted when Kiran later suggested shifting the vote from Shaun to Anela – seeing ‘Smash’ as a greater threat. Not wanting to push her too far, he gave in to make her feel closer to their alliance. Amy had still been hard at work, convincing the former Zamba members to vote for Wardah and sending Shaun off to make peace with Santoni, which he duly went to do.

At Tribal Council, Shaun kept his counsel to avoid setting off Santoni, before Wardah bequeathed her Immunity Island necklace to Tyson. With five votes each against Shaun and Wardah, the result rested on Shaun and Anela’s attempts to reconcile with Santoni. The eleventh vote, though, sent Shaun out of Osindile and across to the Jury, meaning that those attempts had failed.