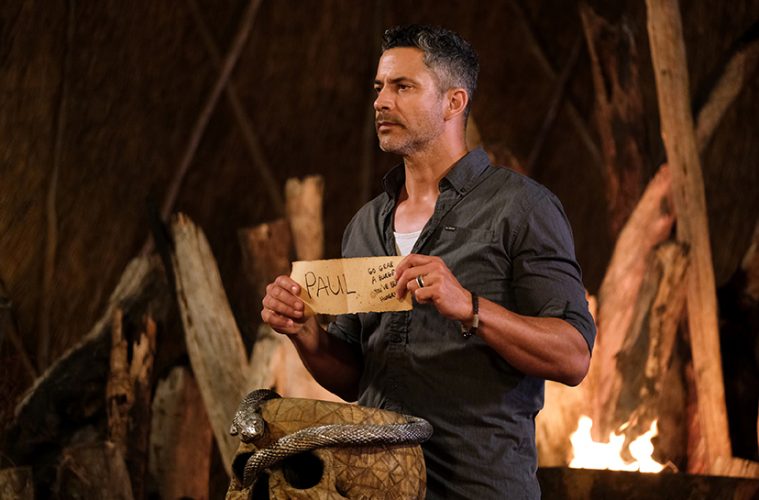 A fractured Zamba tribe voted out their third member of the season, at their second consecutive Tribal Council on Survivor South Africa: Immunity Island. Aftercare Assistant Supervisor Paul’s dismissive behaviour at camp and during this week’s Immunity Challenge saw his fellow Castaways expel him from the tribe, with Santoni’s ‘double agent’ skills seemingly swinging the vote. 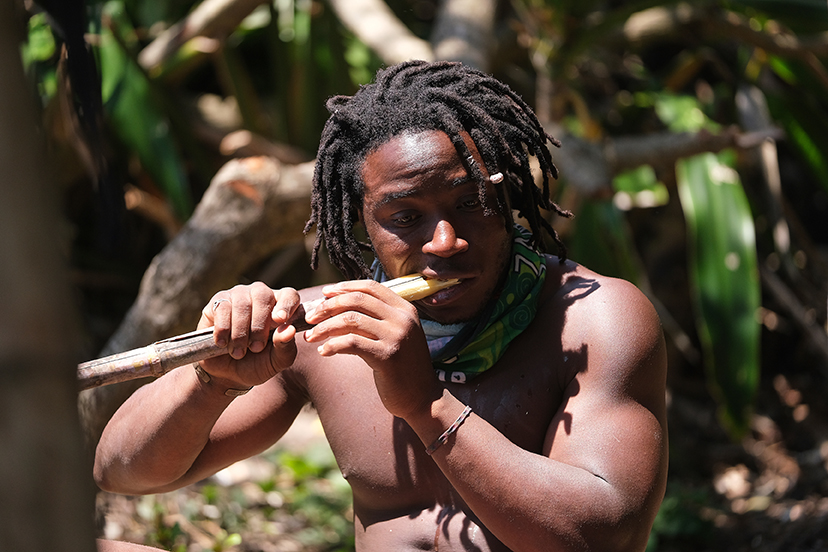 Tensions had been running high at Zamba since the previous Tribal Council, with Chappies openly telling Wardah he didn’t trust her after she complained about not being let in on the blindside which sent Mike home. With Amy losing her Immunity Island challenge and handing Vuna the right to raid the Zamba camp and take three items, she concocted a lie about having won a ‘heads-up’ that allowed her to inform her tribemates about the impending raid.

She was rumbled though, when Dino and Anesu arrived to claim their prize and Shaun demanded they hand over their parchment – which clearly stated that the raid was a direct result of Amy losing her challenge. After Vuna claimed their items in the face of surly Zamba resistance, Santoni took her to task and ordered her to help dig up all the items the tribe buried before Dino and Anesu arrived. Annoyance at Amy was tempered somewhat by Paul’s perpetual eating of their scarce resources, which had begun to rile his fellow Castaways and saw Santoni canvassing the ladies to oust him. 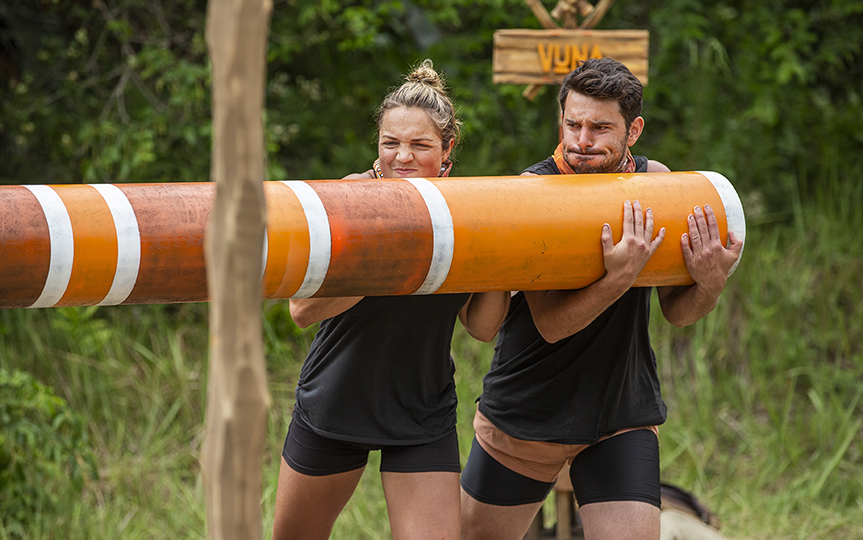 At the Reward Challenge, Vuna’s Dino and Marisha obliterated Zamba’s Chappies and Wardah in a test of strength and endurance, claiming the right to visit the Survivor Fresh Stop Shop. Presented with the opportunity to take ten items back to camp to share, or take five and keep another two each for themselves, they opted for the former, for the good of the tribe. While Vuna feasted on crispy chicken, doughnuts and smoothies, Zamba dined on pumpkin skin, which saw Shaun suffer a reaction – covering his body in blisters and restricting his airway. The Survivor medics arrived quickly to treat him, instantly making him more comfortable.

At the Immunity Challenge, a gutted Shaun was forced to sit out under Doctor’s orders, so Vuna had to sit two players out to even the numbers, selecting Thoriso and Anesu. The challenge combined brawn and brains, with Zamba losing after the men – Paul in particular – went rogue and openly disregarded the ladies’ clear instructions around completing the final puzzle. 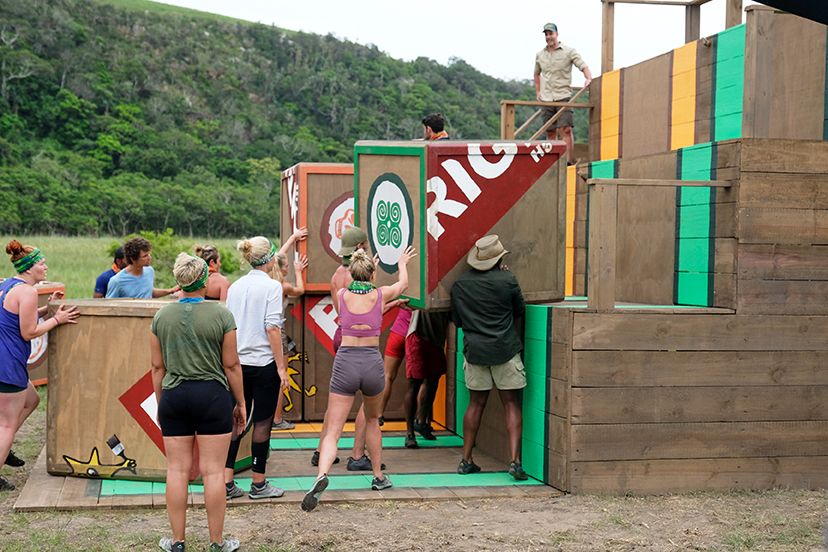 Carla was sent to Immunity Island and opted to ‘give up & go’ – the first Castaway to do so this season – and return to camp with her Tribal Council vote. In doing so, she gave up the safety of the Immunity Island necklace, which she could then only either bequeath to a fellow Castaway at Tribal Council, or opt not to play it at all. She spun a tale about turning down a solo Fresh Stop feast to preserve the protection of the necklace for herself, but Chappies still had the parchment from Santoni’s visit to Immunity Island, which told him she was bluffing and isn’t safe. Subsequent discussions shift the target from Wardah to Carla, but with Zamba divided into two factions of former Vuna members – Chappies & Paul versus Carla & Wardah – the swing vote seemingly sits with Santoni. Meanwhile, Paul’s rude behaviour and disregard for the food situation made him public enemy number one – even ally Anela wanted him out, but requested permission from Santoni not to write his name down to preserve his integrity with the other alliance members. 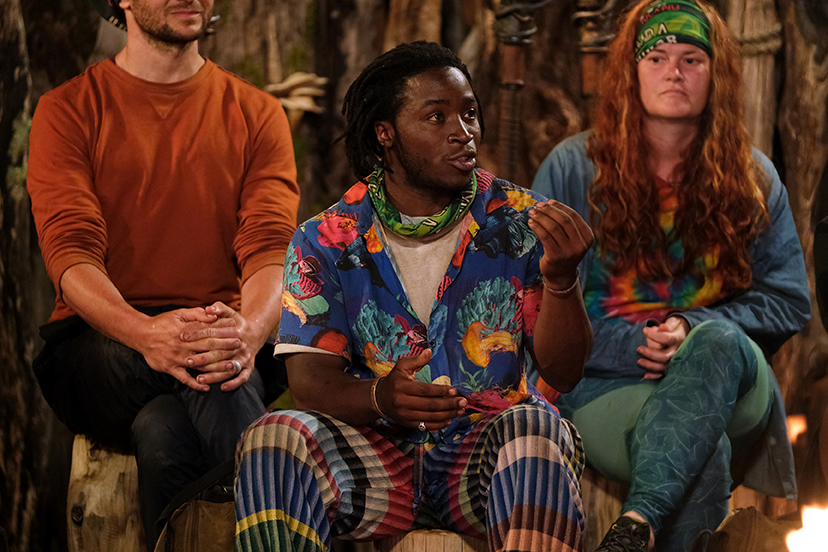 The factions clash at an explosive Tribal Council and accusations of dishonesty and misogyny filled the air like smoke from the fire pit. When Nico lays bare Carla’s lie as part of the explanation of how voting will work, she decides not to bequeath her Immunity Necklace to anyone, hoping that it will split the votes and get Paul out. Not her first ‘power move’, the decision – coupled with Santoni’s effective role as a double agent – saw everyone bar Chappies and Anela vote for Paul, sending him off to snack, elsewhere.