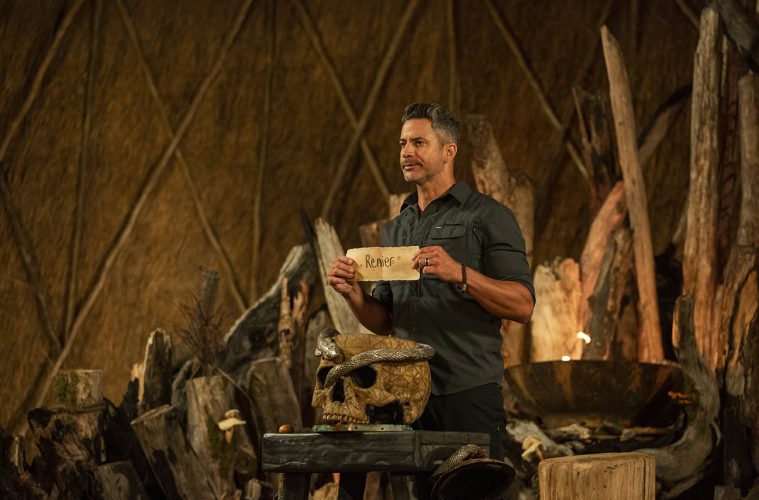 A failed bluff and tied destinies saw Renier and Amy both depart Osindile and join the Jury on this week’s episode of Survivor South Africa: Immunity Island – on the back of a catastrophic strategic decision by alliance member Nicole.

The Castaways discovered that they would be playing the game in randomly drawn pairs this week, taking the allying power of partnerships out of their hands. What one Castaway won, their partner would share – but the Castaway who received the most votes at Tribal Council would also take their partner with them, to the Jury. 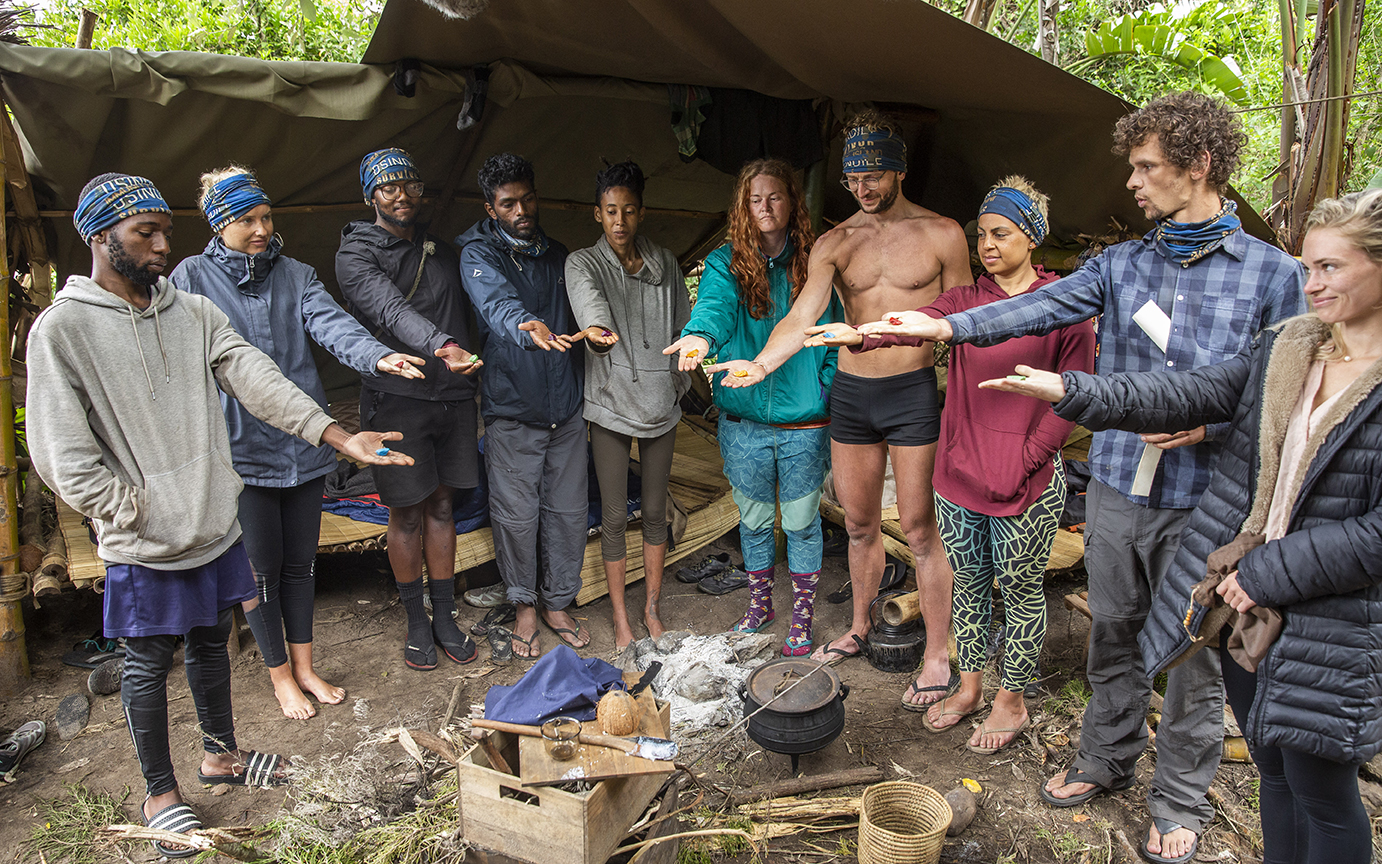 The random draw at camp paired Tyson & Wardah; Anela & Nicole; Kiran & Anesu; Chappies & Santoni and Renier & Amy – an unlucky break for minority members Anela, Nicole, Renier and Amy as the majority Vuna OGs found themselves paired up. The Castaways would be playing for Immunity and Reward – safety from the vote at Tribal Council and a day of play, feasting and freshwater showers at the Wild Coast Sun’s Wild Waves Water Park. Crucially, there would also be no visit to Immunity Island this week.

After over 90 minutes of carefully balancing a clay pot at the end of a beam using only one foot, Amy toppled to hand the win to Nicole. Presented with the chance to select a pair to join her and Anela for the reward, Nicole made what she called a ‘no brainer’ decision to take along Amy and Renier. Though celebrating at the prospect of ice cream, Renier called the decision a ‘death sentence’ because it clearly demarcated alliance lines and left the Vuna OG majority to lounge at camp and talk strategy without the minority having a chance to attempt to influence their vote. 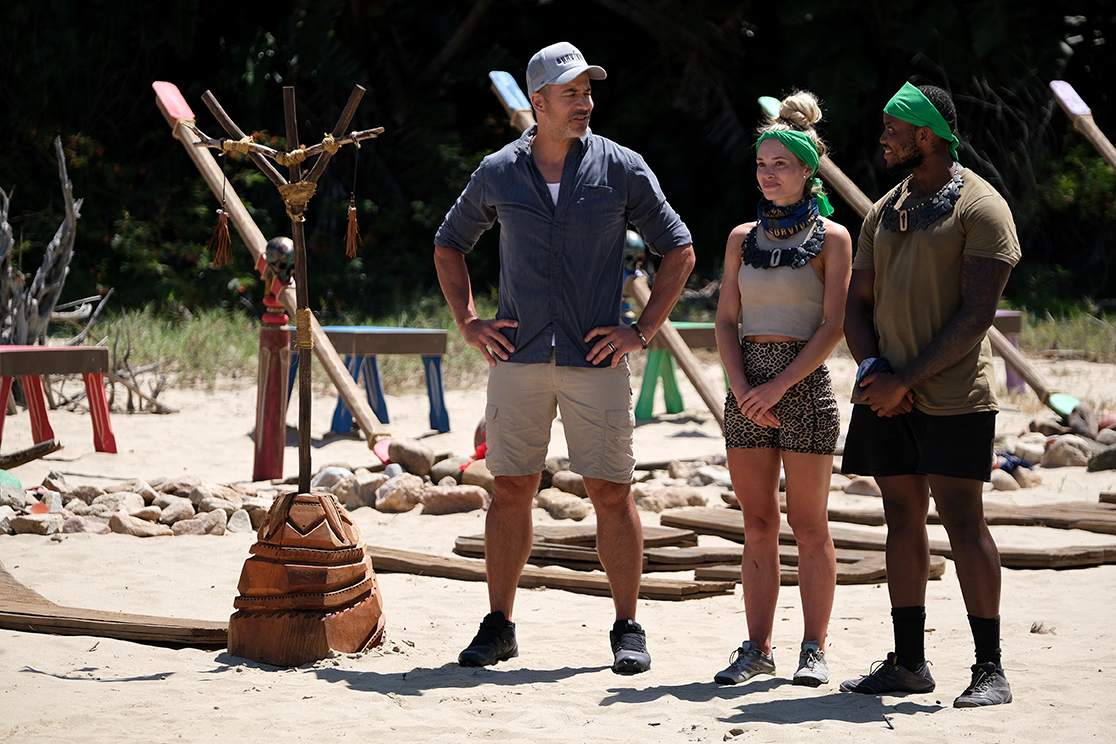 Before the Castaways were paired up, Anesu had been talking up the opportunity to make a big move when the last Tribal Council had shown her that she was at the bottom of her alliance pile. She strengthened her bond with Amy, Nicole and Chappies – and when the Tied Destinies pairings split the tribe along alliance lines, she saw it as the perfect opportunity to blindside two Vuna OGs in one go – an idea that Chappies and the Zamba OGs seemed to embrace. Having earlier had a disagreement with Santoni about her constant betrayals, Amy asked that the plan not be shared with the double agent.

With the flaw in Nicole’s plan revealed, the Zamba OG foursome realised they had a lot of work to do when they returned to camp, aiming to vote off Tyson & Wardah and lay bare Santoni’s constant misrepresentations. Back at camp, the Vuna OGs talked openly about their plans to gun for Renier and Amy, before Wardah and Santoni had a disagreement about the latter’s constant flip-flopping. 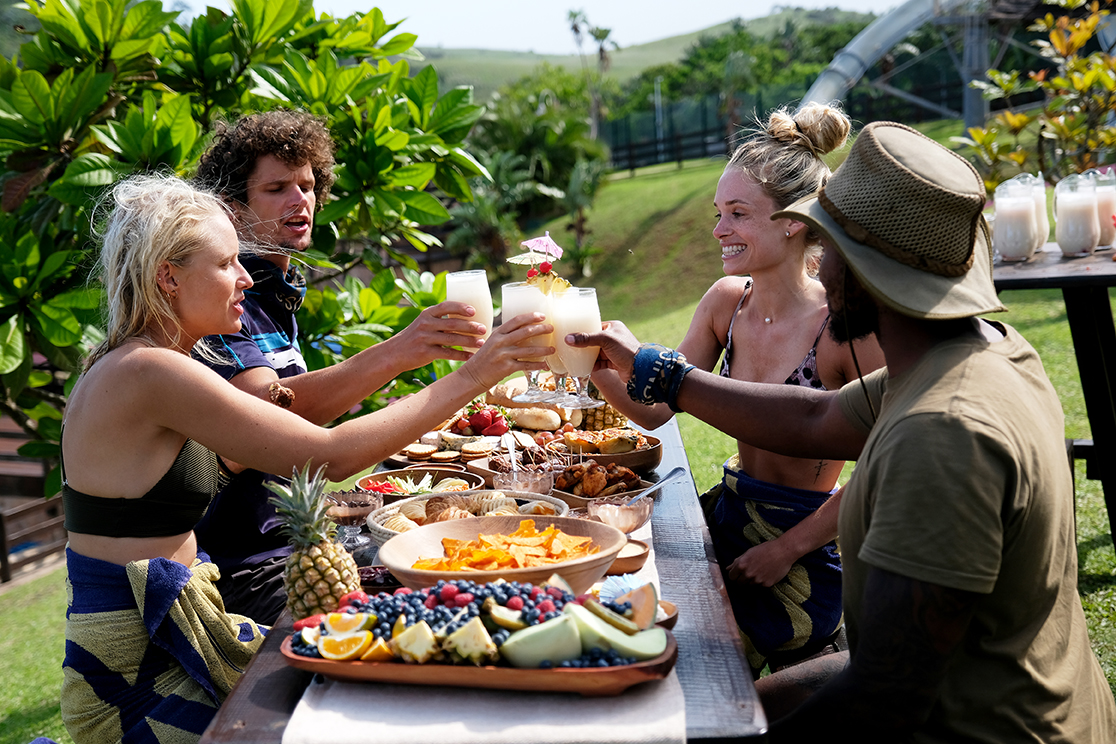 With Renier and Amy’s fates fairly seemingly sealed, Anela set the Zamba OG plan of discrediting Santoni, into motion. Speaking to Kiran and Tyson about her, the former agreed she was a threat but the latter didn’t want to see her leave – which would mean Chappies would depart with her – and weaken their majority grasp on the game.

Anesu attempted to negotiate with Chappies, but he was also wary of the numbers. In an attempt to win him over, she revealed her Tribal council Pass to him, but even that didn’t seem to sway him. Amy tried her luck, too, but was growing tired of having to – in her own words – do all her alliance’s dirty work, herself. She also tackled Santoni for a second time, but the latter stormed off when Amy told her that her flip-flopping would be the reason she and Renier would be going home. 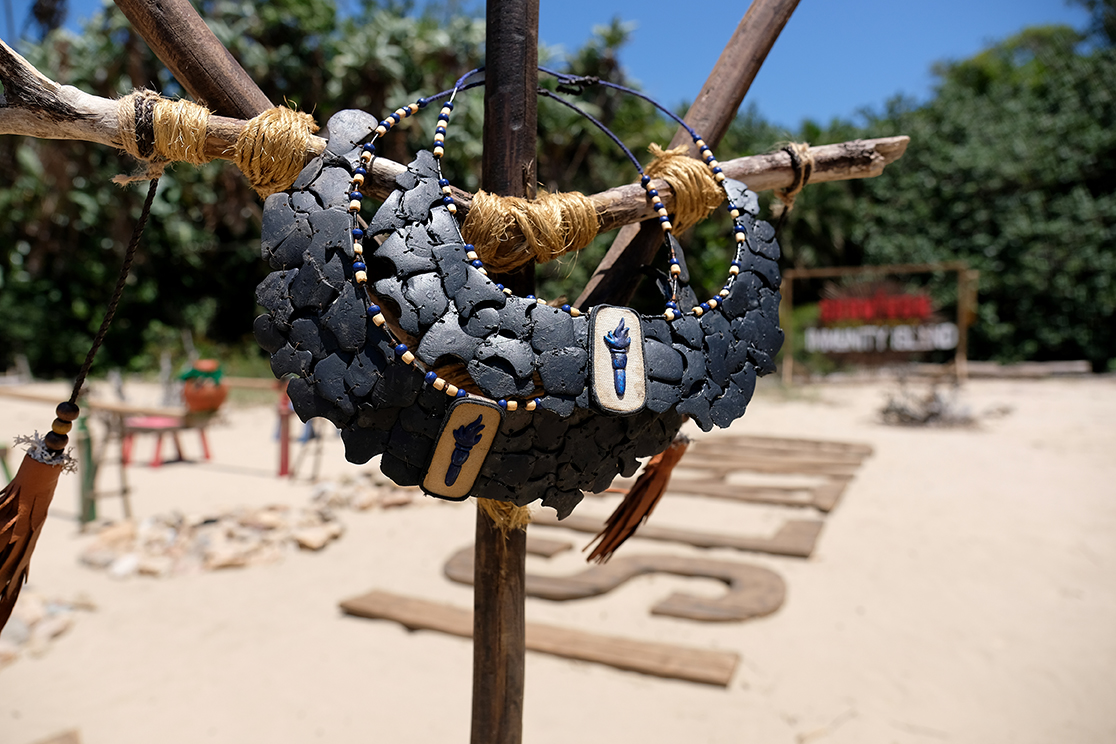 When Kiran, Wardah and Tyson offered to take Anela to the Final Four, he tried to use their ‘arrogance’ against them to swing the vote with Anesu and Chappies, while Renier pledged his allegiance to Chappies if he could save him, with the latter signing the former’s imaginary ‘Book of Trust’.

At Tribal Council, Amy and Renier went on an all-out offensive. Amy attempted to destabilise the majority by saying that if she were at the bottom of the majority alliance, she would fight to remove those at the top, leading to a war of words with Wardah. As Chappies attempted to shut the conversation down by declaring that everyone was talking in circles, Renier made his power play by announcing that he  had the Osindile Hidden Immunity Idol, pulling out a bag and saying the plan was to blindside Kiran and Anesu – unless Kiran changed his vote to Chappies.

With Kiran irked that Renier wouldn’t reveal the contents of the bag to the majority, Nico called time to vote. True to his word, Renier announced that he would be playing his Idol before the votes were read out – but handed Nico a piece of driftwood, drawing laughter from Osindile. Despite an impassioned speech about hoping that his bluff had directed fire elsewhere, the votes were already cast and Renier’s fate, sealed, with six votes against him snuffing Amy’s torch, too.