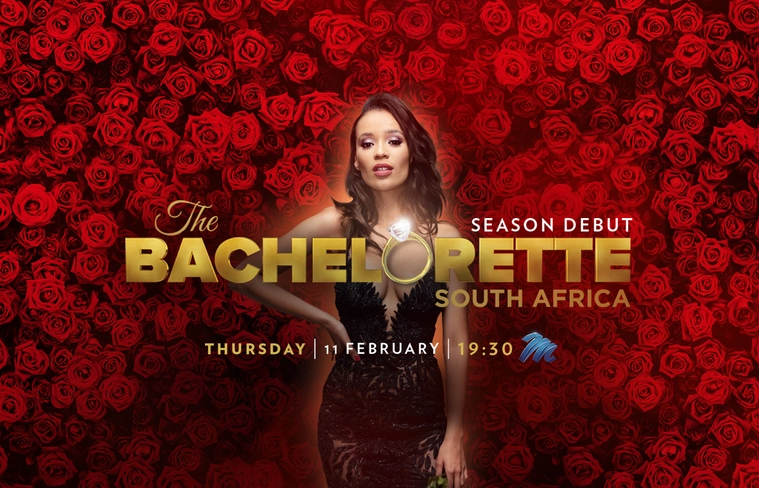 The Bachelorette South Africa has arrived

The wait is over! On Thursday 11 February at 7.30 pm, M-Net 101 viewers will welcome South Africa’s first ever Bachelorette, Qiniso van Damme. As she begins her journey to find love, she will experience romance, heartbreak, tears, thrills and drama. A host of eligible young men will soon realise that The Bachelorette South Africa is not for the faint of heart as they compete to win the affection of the vivacious, model, actress and masters student.

In January, M-Net announced the first five men to #BachelorNation, and channel 101 is excited to reveal the next ten stunning eligible suitors vying for Qiniso’s love. 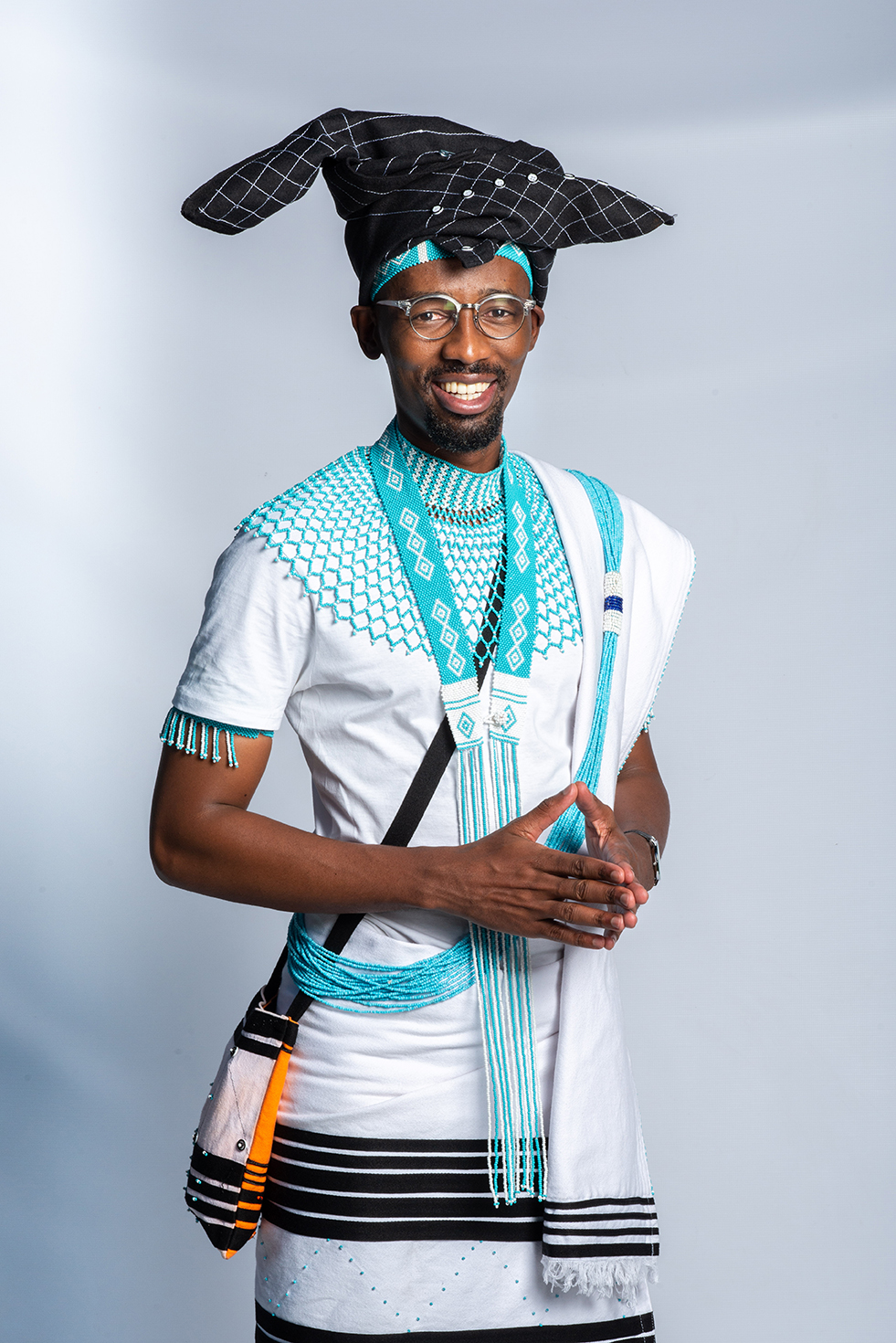 A quiet, gentle introvert with a colourful personality. Lunga is a village raised, city groomed Xhosa herd boy who grew up with a passion for livestock farming before moving to the big city at age 14. The very first time he ever left his village, he recalls. Growing up – after losing his only friend to an accident – Lunga became best friends with Kaflan the cow, who died of old age. He was “fortunate enough to be raised by uGogo (great-grandmother) and uMakhulu (grandmother),” whilst his mom trained as a nursing specialist, and only when she qualified, did his big move to Joburg come about.

A double graduate from a Johannesburg based university with a Diploma in Public Relations and Communications as well as a Bachelors Degree in Strategic Marketing Communications. Lungsta, as his friends call him, consults with a continental government agency, which sees him split his time between Mzansi and Ethiopia regularly. Besides surviving the city, his biggest career moment was 2 years ago when he was given the opportunity to join Australia’s most loved sport – as a communications assistant – an opportunity inspired by the infamous sandpaper gate.

Well-spoken, articulate, high calibre man who is ready to love and hopes to be the one Qiniso says she is looking for. Oh, and did we mention that he is tall, at 191cm! His biggest pride (to-date) was physically building his grandmother’s house – leaning walls and all. A dad to two incredible boys aged 11 and 15, Marc is an overall lover of life who strives to lead a healthy and balanced lifestyle, he serves out a purpose by spending some of his time as a lifestyle and transformation coach and has a passion for working to change people’s confidence and outlook.

As an adaptive business developer, brand strategist and serial entrepreneur at heart, Marc loves pushing boundaries in everything he does.

Having played all his cards at love, ready to try something different to meet someone he doesn’t normally look for, to complete his idea of the ultimate power couple. Marc is in it to win it and is ready to give the other guys a run for their money. 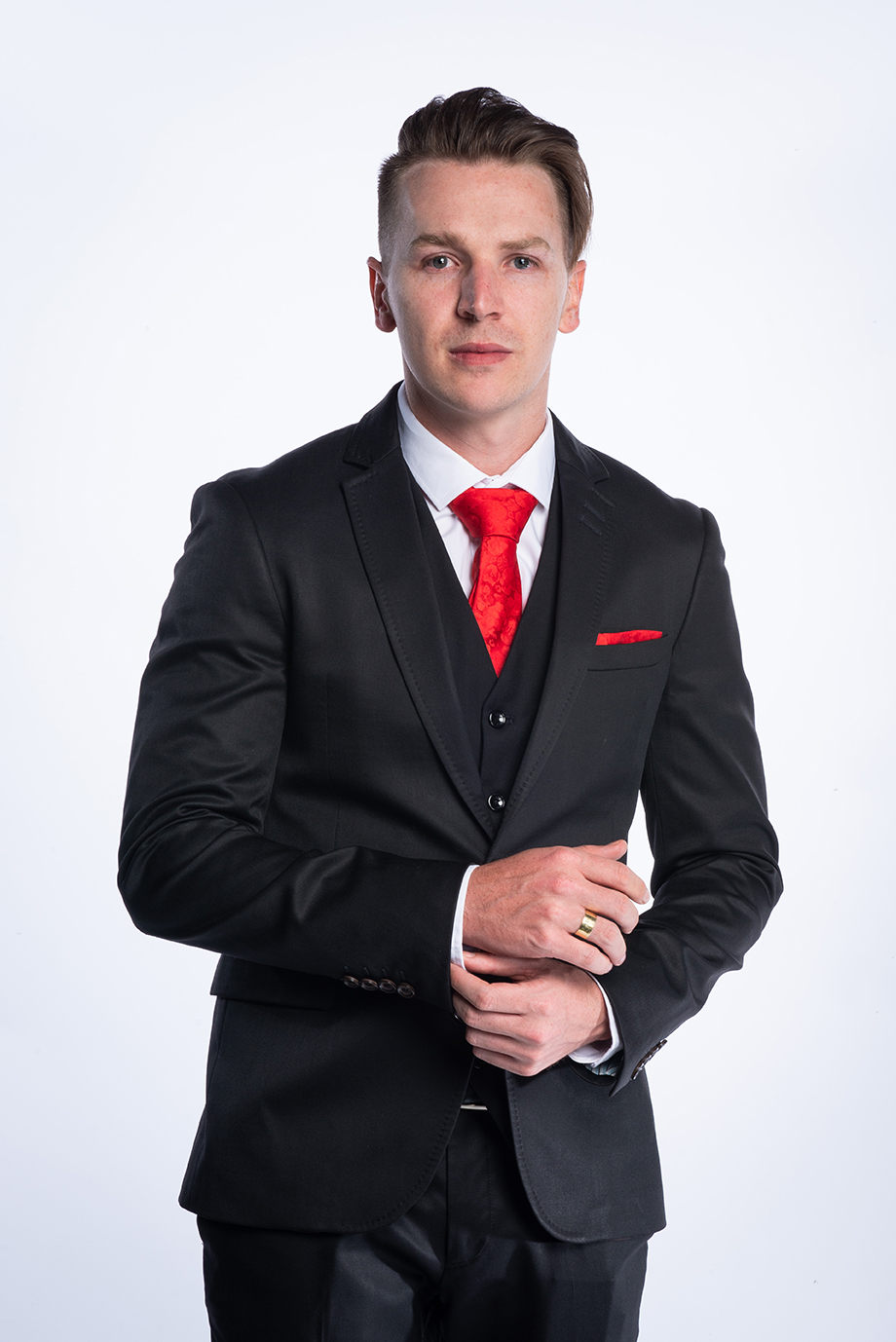 Franco grew up in Magaliesburg and had to build himself up. His parents are divorced. Franco studied law at the University of Johannesburg, after some time in the legal field, he realized he was not passionate about it. Now he works at Discovery as a Financial Consultant and runs a podcast named The Weekly Order with two of his best friends. A lover of music, he also plays the guitar and drums. He has a passion for the arts and expresses his creativity through photography and videography.

He had a high school sweetheart at 16 who he broke up with and has spent the past 8-years trying to win her back. He used his Instagram to send her subliminal love letters. After a long wait, they saw each other again and realised that they had both grown and moved on. Now he is ready to find love again and wants to ultimately get married. 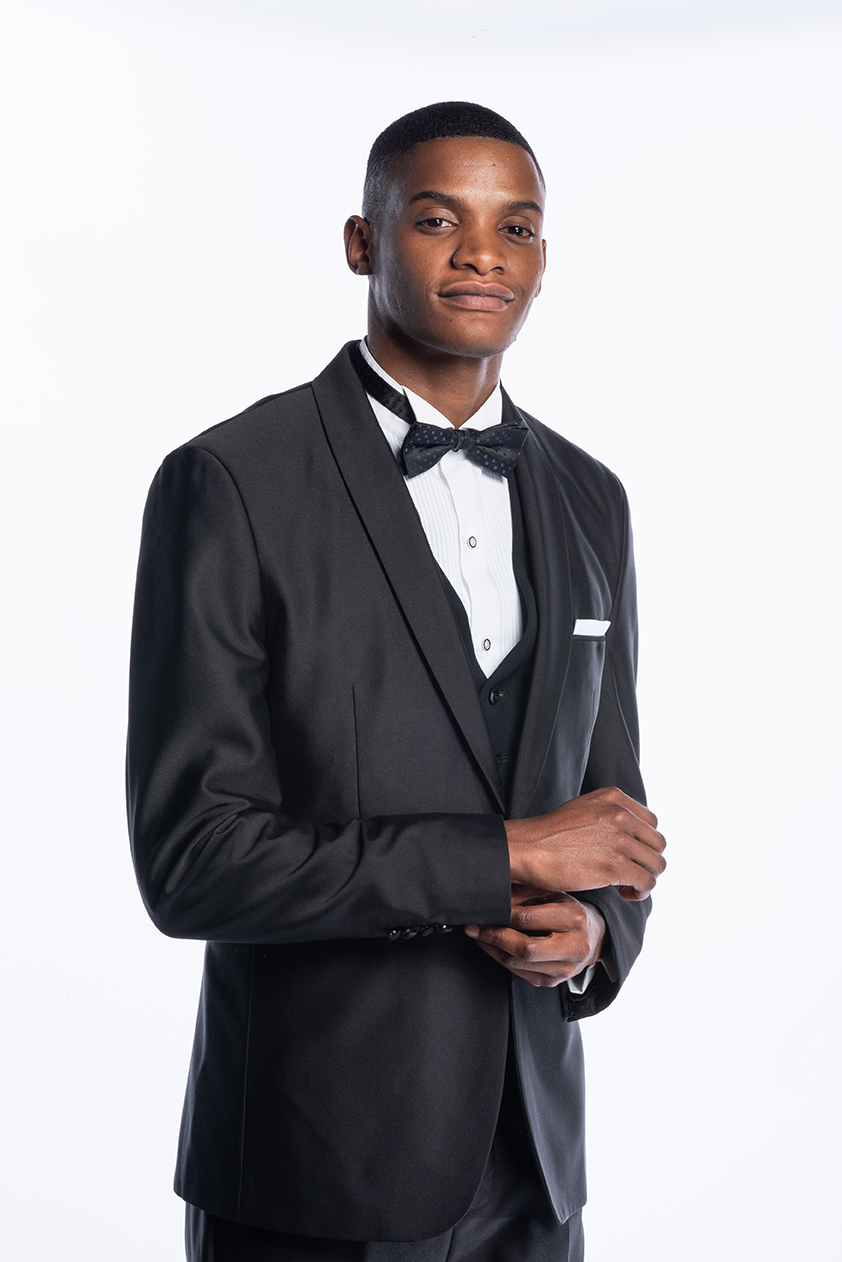 An introverted extrovert, mature and curious young man born and partially bred in Mthatha in the Eastern Cape and then uprooted for primary and secondary schooling to Johannesburg with his family.

A jack of many trades, Aviwe is a media studies graduate who works as a radio producer for an online station, works as a freelance video editor in-between and is a full-time fashion runway model who has worked with some of the top brands on the African continent.

Aviwe comes from a close-knit family and keeps a tight group of friends that build each other up. He loves what Qiniso stands for and her feisty personality. Perhaps, maybe just maybe they could be a perfect match. 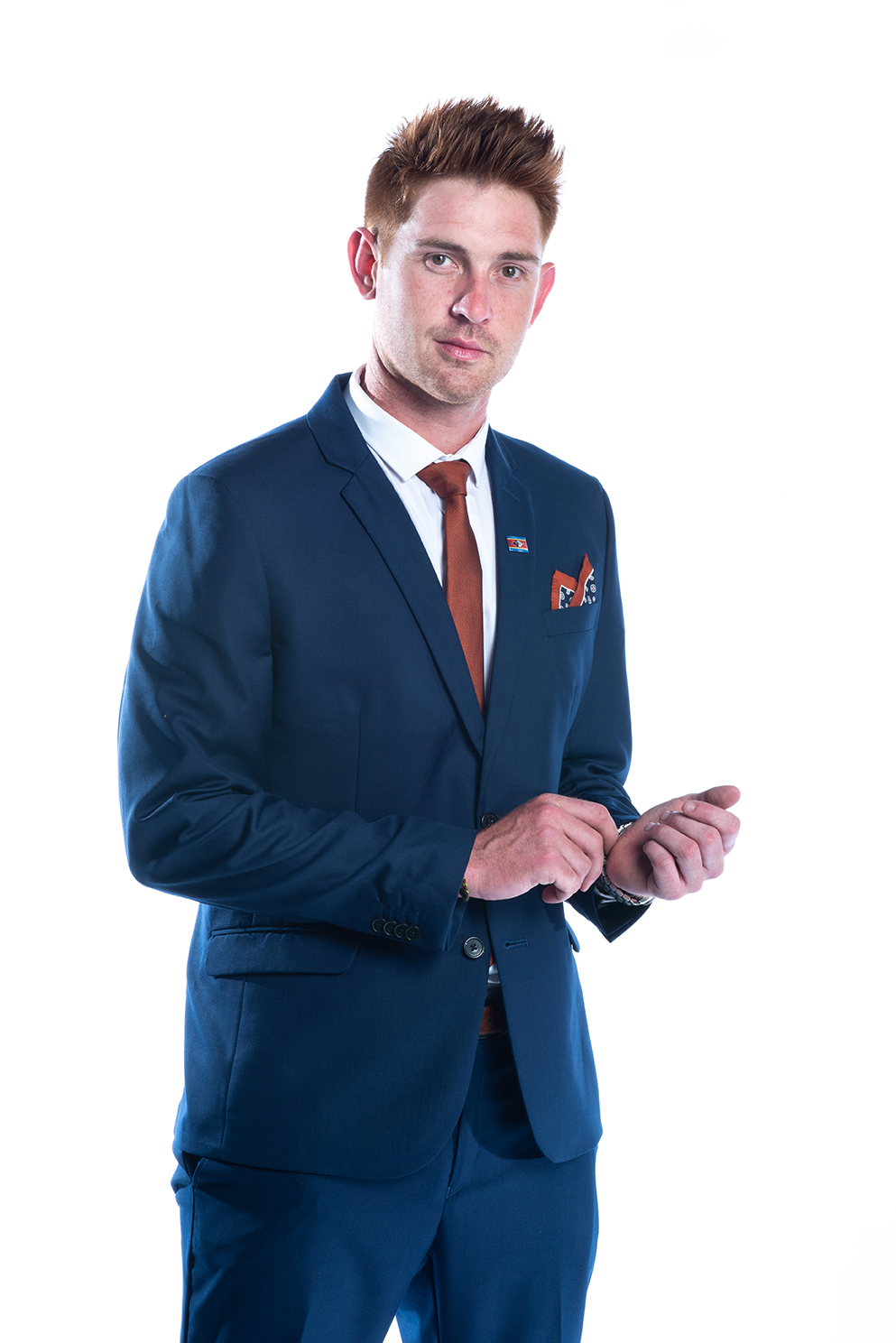 Soft natured Swazi often gets noticed by taking on leadership roles. Originally from Cape Town, he lived in Swaziland for eight years. He then spent a season in Waterlooville, Hampshire [South of London] while advancing his cricketing career. Swazi captained most of the cricket teams he played for and the Swaziland Under-19’s.

He currently runs his own cricket academy that serves to help junior players throughout Mpumalanga and Swaziland. He has a wild party side that comes out as soon as (cold) Tequila is involved. A highly competitive drive and does not like to lose. Charmingly quirky and quick to grow on you. In a group of men, he will make sure he is noticed.

Still lives with his parents. He realises he is too old for that but is comfortable with the status quo. 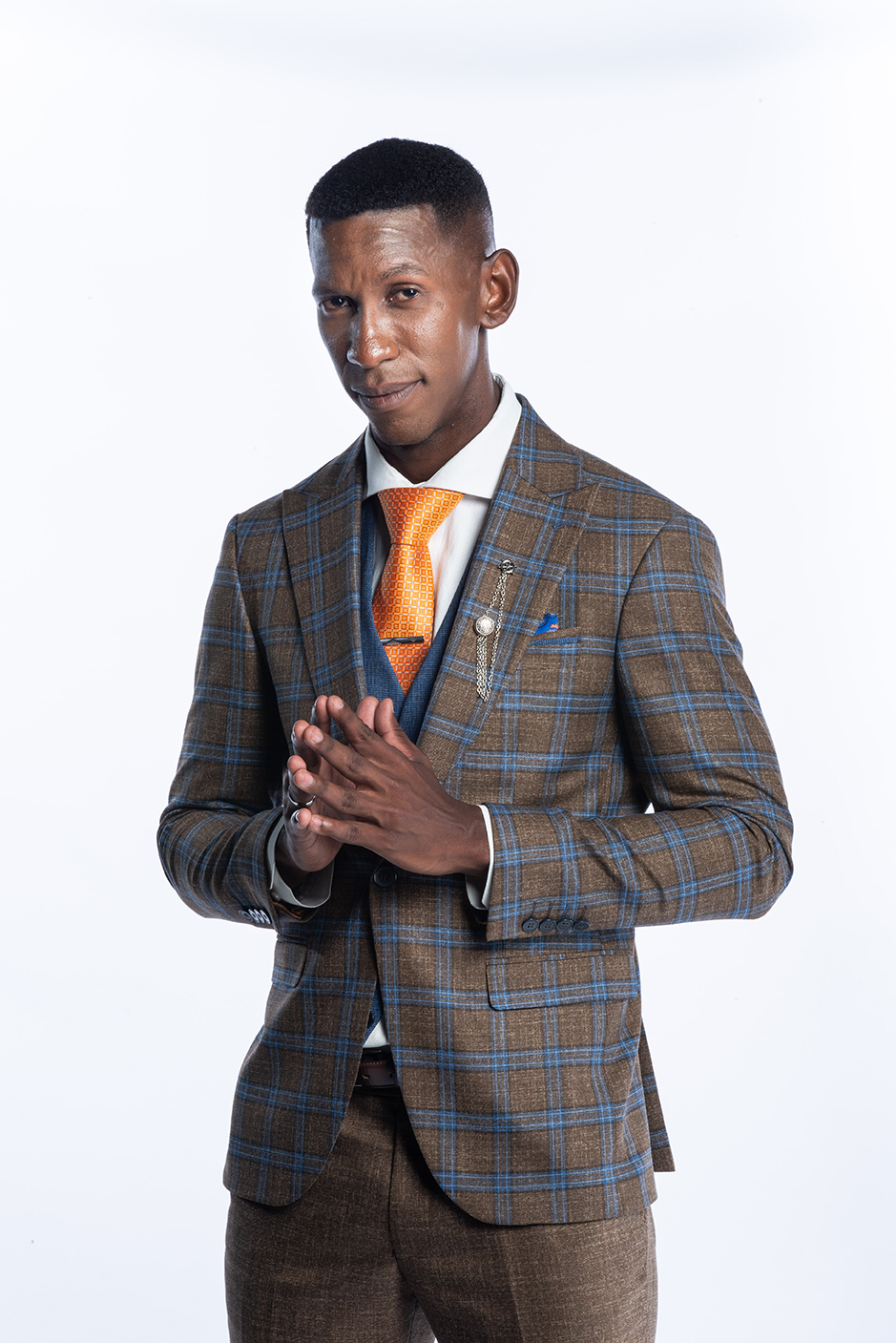 He speaks like a BOET, but is lowkey thugging. All boys boarding school which played a large role in the kind of man he wants to be. He is a weightlifter/Crossfitter/Strength and Conditioning Expert and has his eyes set on the Commonwealth Games in his weight class. He gives back to the sport and is part of the NGO “Lifting dreams Soweto”.

He lives the bachelor life, mostly training and working at a functional training gym he owns called Urban Shack Benoni  He has been dealt a few not so great cards in the relationship department, maybe cause his standards are on the high side? Or maybe he fears revealing all of himself to a woman? He is a Casanova. He likes to believe he can close a deal with any lady. He is charming and in tune with his emotions.

A really good vibe, a good listener, high emotional intelligence and a fashionista. 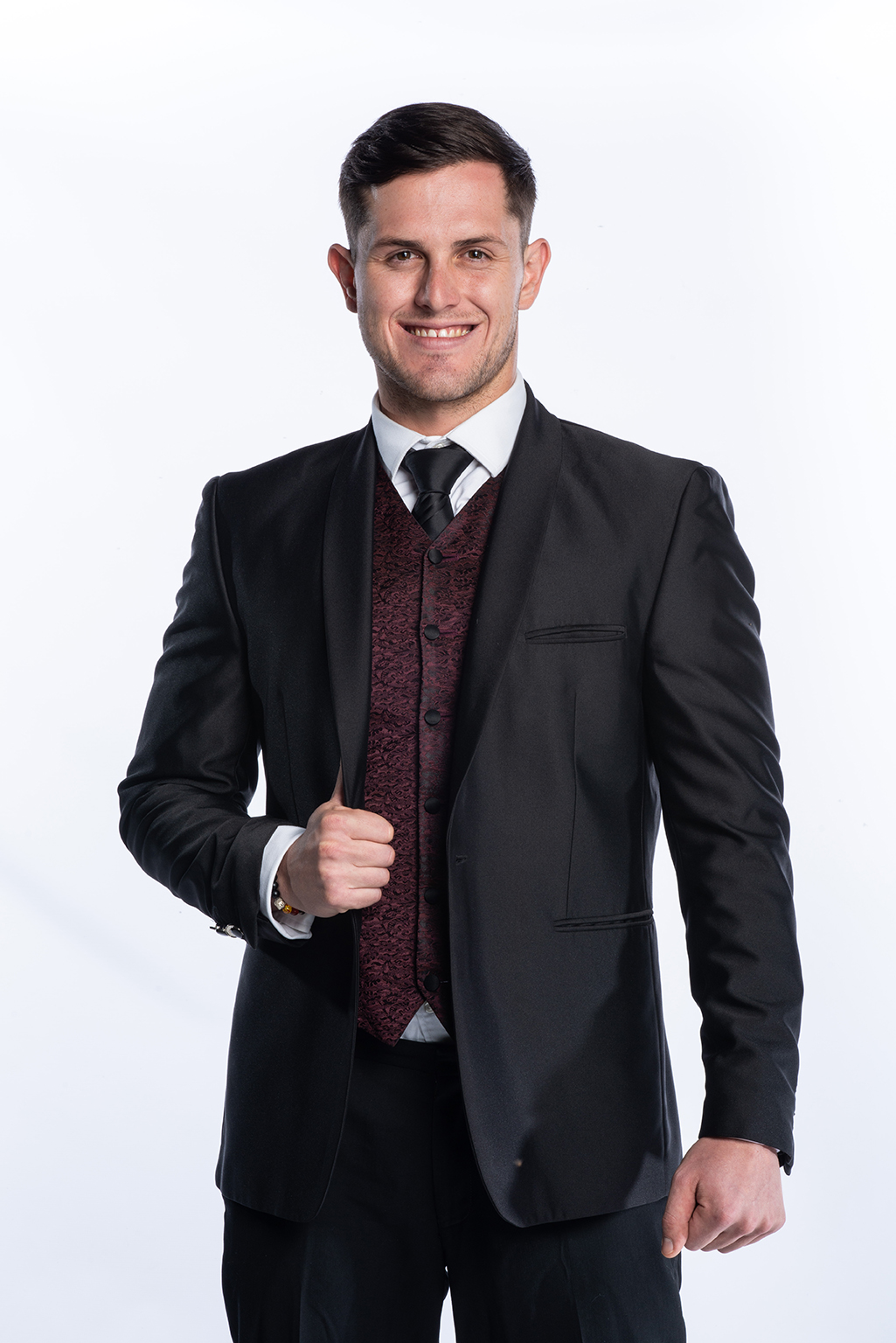 Keelan is a sporty, active guy that loves adventures and the outdoors. His backstory includes losing his father at a young age and growing up with a powerful single mom. He represented his country playing badminton and had his eyes set on going to the Olympics but he, unfortunately, broke his lower vertebra/back while training.

Keelan has a culturally diverse family – family means everything to him.

He is now seeking a partner that can enjoy a healthy and responsible lifestyle with him and that can keep up with his adventurous nature. His party boy habits are still there but he is looking for inspiration to change that.

He has amazing backstories – a sweet and humble guy – with a big heart. 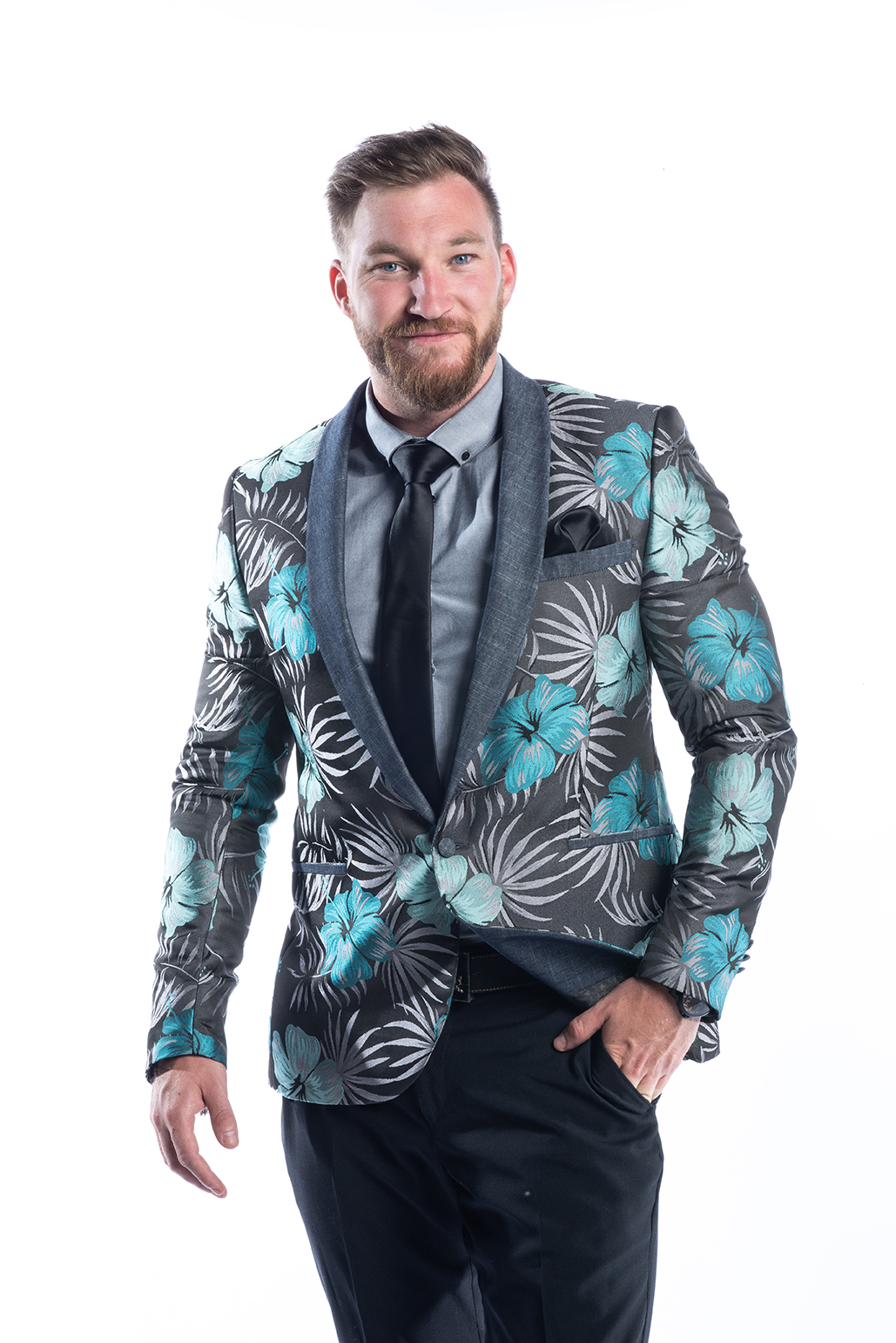 He is climbing the corporate ladder and seems to have a good financial future. He is a gentle soul, and just truly a nice guy. He would make for a good partner but has been very unlucky in finding love. He is awfully close to his mother and 2 sisters and is very family orientated. He went to the same primary school as Qiniso.

He genuinely is looking for love and someone to settle down with. He wants to share his journey with the right woman. He enjoys playing sports daily and regular exercise. He describes Qiniso as charismatic and bubbly. They have similar interests.

He is in a great place in his life, a proud and grounded guy with a hungry heart. He appeared on “First Dates SA”. He is the perfect, half English half Afrikaans guy with a backstory of having to find his own way in a crazy world. 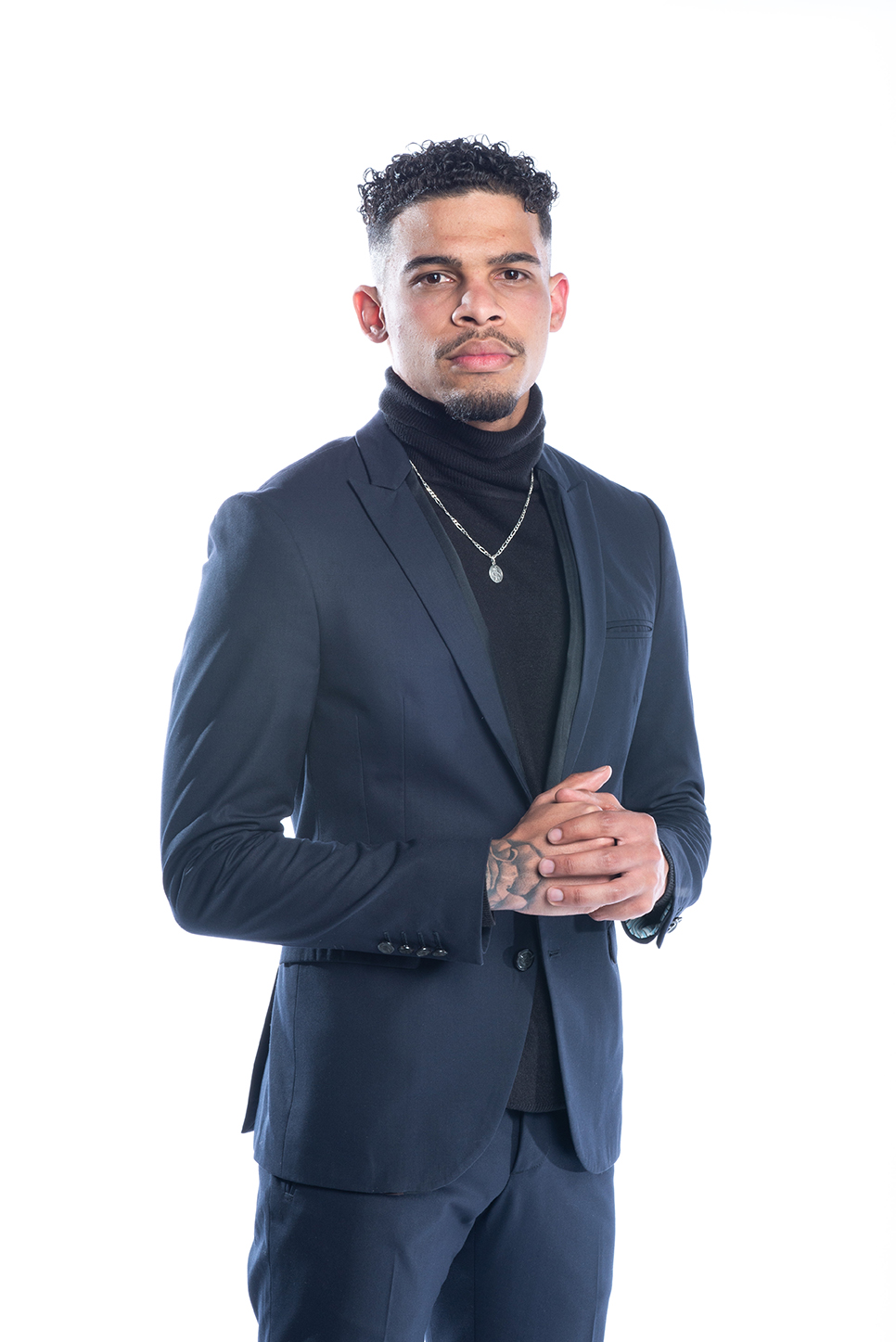 Justin is a Track & Field specialist. He competes on the local stage and is aiming for the Olympics in the next 4 years. He works as a Sports Conditioning coach and a Sports Massage Therapist. His guilty pleasure is junk food, and he expresses his creativity through sketching and draws amazing cartoon characters.

He was in a long term relationship before. The past 3 years of being single have allowed him to evaluate what he wants.  He is open to the Bachelorette experience to show him other possibilities of love. Justin is an easy-going, competitive, and funny guy. 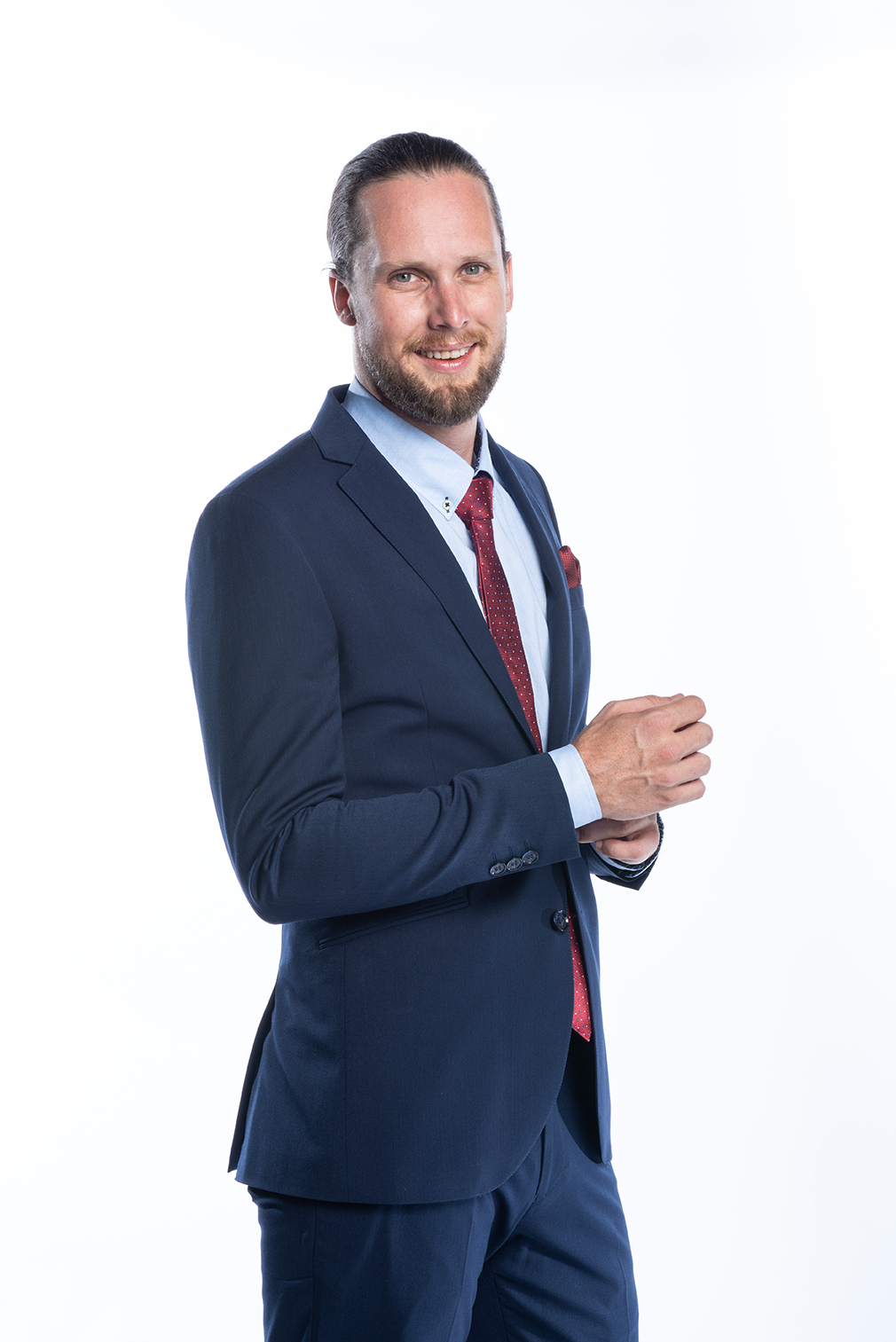 Kyran is at his best when he is surrounded by nature. He became a father at a young age and had to grow up real fast. He returned to university to pursue an education and career in Ecology so he can provide for his young child as well as make an impact on a cause close to his heart.

Armed with scientific and legal training, he manages important terrestrial and aquatic sites in  Cape Town and works to protect and rehabilitate the ecosystems in these spaces. He has been following Qiniso since the bachelor and sees potential for romance with her given the opportunity.

He is planning to move into a residence on his Nature Reserve in preparation to settle down.

Kyran is very clear of who he is and what he wants out of life. For him, this will be a true journey to find love with Qiniso.