The Minds Behind Hedwig and the Angry Inch 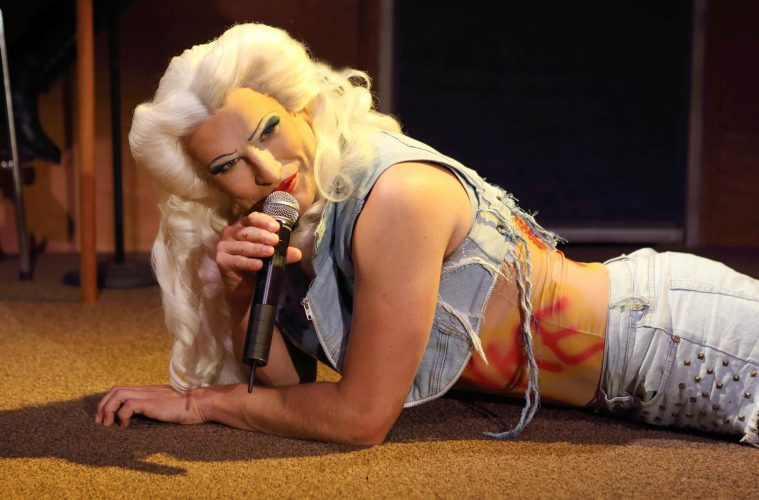 When I heard that VR Theatrical was bringing Hedwig and the Angry Inch to Cape Town in 2016, I was ready to pack my wig and heels and make a pilgrimage to Gate 69. Luckily this Fleur Du Cap winning musical is now showing in Johannesburg where I attended the opening night which broke my heart in the very best way. The production is beautifully painful and achingly triumphant.

This is the type of show which leaves you with many burning questions and I was lucky enough to get mine answered by Elizma Badenhorst (director), Jaco Van Rensburg (producer), Paul Du Toit (Hedwig) and Genna Galloway (Yitzhak).

Why Hedwig and why now? Why do you think this is something South Africans need to see?

Elizma:  The themes that are addressed in Hedwig do not only apply to the LGBTQ community, but are universal themes that everyone can associate with, loneliness, abuse, wanting to be loved and self-acceptance.

Jaco:  In South Africa we very often see the big blockbuster musicals, but we very rarely get to see more intimate, ‘niche’, experimental work. Hedwig started out as a tiny club act in Downtown Manhattan and only recently had a big Broadway debut. We are passionate about creating theatre that is inclusive and that has a strong message.

Paul:  As South Africans we pride ourselves as being multicultural and diverse with a liberal constitution etc, but recently there have been frightening challenges to the freedom of expression we fought so hard for. Art is being censored for revealing inconvenient truths, journalists are being harassed and gagged for doing their jobs too well. In Hedwig’s words “Gag order be damned!” She makes a loud challenge to anything politically correct.

Genna:  It is vital that these stories are told in their most raw and honest form, without censorship. With the current shifts in our global climate, we need to be brave in our story telling and inclusive of each and everyone’s journey. The ultimate message is one of hope, which all South African’s could benefit from. 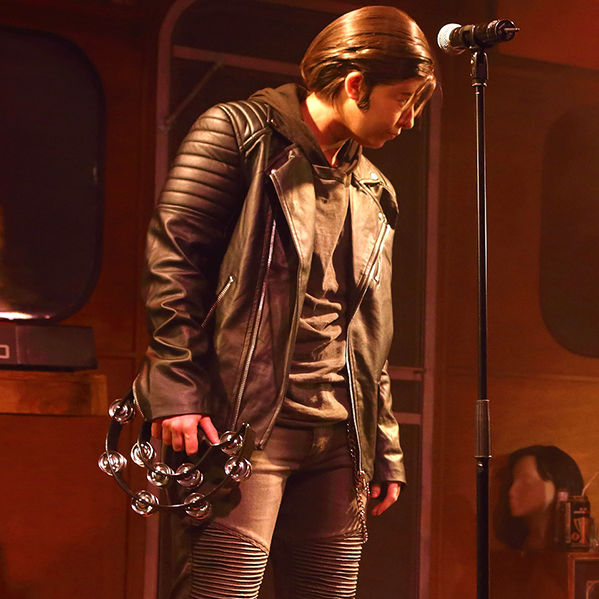 Has anything about performing Hedwig for a South African audience surprised you What have you encountered that you did not expect?

Paul:  Life in South Africa is seldom bland. We live in a state of extremes. We have an immense capacity for both tragedy and comedy. And I’ve experienced the audience’s responses as such. Deeply heartfelt, loudly hilarious and urgently political.

Genna:  The amount of support has been incredible. I was most surprised by how many “Wigheads” there are in South Africa and how open-minded people have been. It is a show that provokes a reaction one way or another and it is our job as storytellers to encourage conversation.

Hedwig and the Angry Inch must mean a great deal to each of you. Tell us a bit about the journey of bringing it to the stage.

Elizma:  I became familiar with the movie about 10 years ago and was fascinated by this complex character and her story. It somehow just became part of my DNA as the years went by.

Jaco:  I fell in love with the movie a couple of years ago and on a trip to NYC, I saw Michael C Hall playing Hedwig on Broadway. The show moved me and I knew I wanted to do it!

Paul:  I’ve been in love with the piece since I first heard the music in the late 1990’s. When I saw the movie in 2001 I realised what a work of genius it was. I however never thought anyone would have the guts to produce it in this country, so when the audition came along, I leapt at it. The news that I’d got the part was a 15 year dream come true!

Genna:  I knew from the first day of rehearsal that this was going to be something incredible. We were allowed to discover and create in the rehearsal room. Nothing was preconceived and this enabled Paul and I to take these characters on a uniquely beautiful journey.

What journey do you hope the audience will be taken on and what did you do to help guide this? 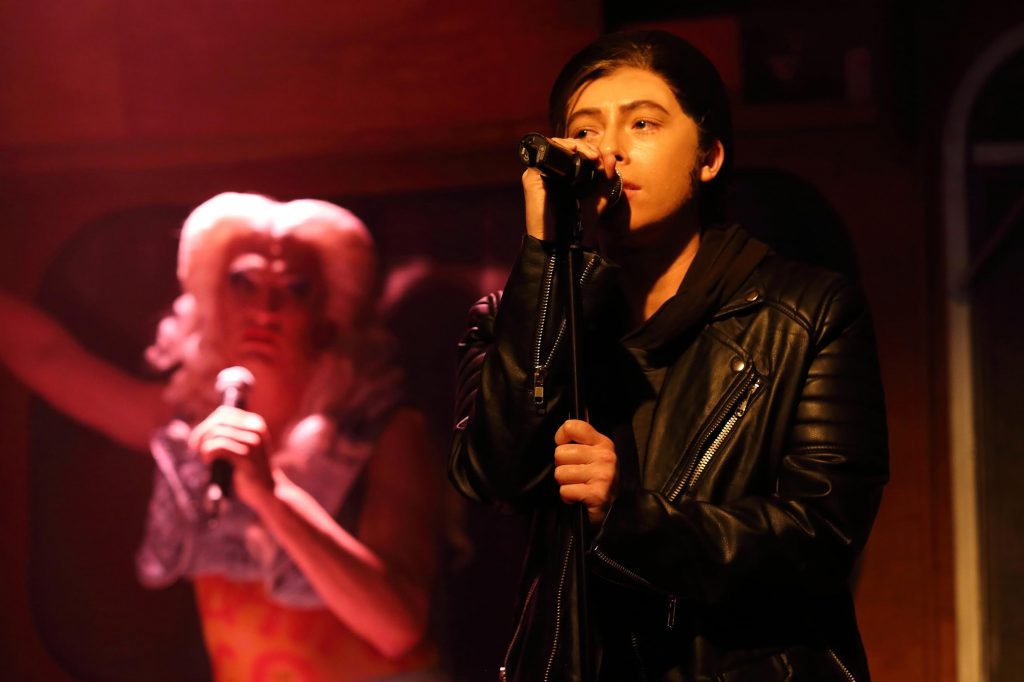 Elizma:  On the surface the characters and the music and the garishness of the plot could seem quite alienating, but if you are willing to open your mind and really listen to what she has to say, you realize that you have way more in common with this character than you could possibly have imagined. The material is so strong – we did not need to reinvent anything.

Jaco:  Hedwig is unfamiliar territory for most of us. Let’s face it – how many people make it their business to find out more about transgenderism? And, even more difficult, this is unconventional subject matter for a musical! I think this is why watching the production is so rewarding if you dare to venture out to see it. It is essentially the story of all of us – unmet expectation. We all can identify with that.

Genna:  I hope audiences will dive in and embrace this story as much as we have and that it will encourage people to be more open-minded and accepting of each other through the universal language of love.

Which song do you believe captures the essence of the show for each of you and why?

Elizma:  The Origin of Love. This song is based on Plato’s Symposium. It takes you on a journey of seeking ‘the one’ – your other half that will complete you. If only there were more rock songs like this!

Jaco:  The Origin of Love, without a doubt.  We are all searching for that special someone to complete us. Our ‘other half’. And what a melody!

Paul:  The Origin of Love. It so beautifully captures our desperate need and often futile search for love and the mistaken belief that it will complete us forever.

Genna:  Origin of Love, without a doubt. The show then depicts the sacrifices and lengths one goes to in order to find our missing half, only for one to realise that the love we are searching for is actually within.

Jaco and Elizma, how did you go about casting the show and how did you know you had found your Hedwig and Yitzhak?

After extensive auditions, we narrowed it down to a couple of video tapes as we were not able to have physical auditions all around the country. There was just something about both Genna and Paul’s auditions that made it seem like they already knew and understood the essence of these characters.

The actor’s process is always very personal. Paul and Genna, please share with us a little of how you brought your characters to life.

Paul:  I decided to steer away for the freakish externals and finding comedy in the aesthetic. I didn’t want her to be a pantomime of bad drag jokes. I focussed on her inner pain: her sense of rejection, a lack of parental love, her heartache and resulting anger, her search for completion and belonging.

Genna:  Yitzhak is so far removed from who I am in every way. He is essentially silent for the majority of the production, so my entire emotional journey needs to read through my physicality, my breath and my facial expressions. Yitzhak’s body language and external characteristics came out of the internal manifestations of his thoughts and feelings and the rest grew from there. 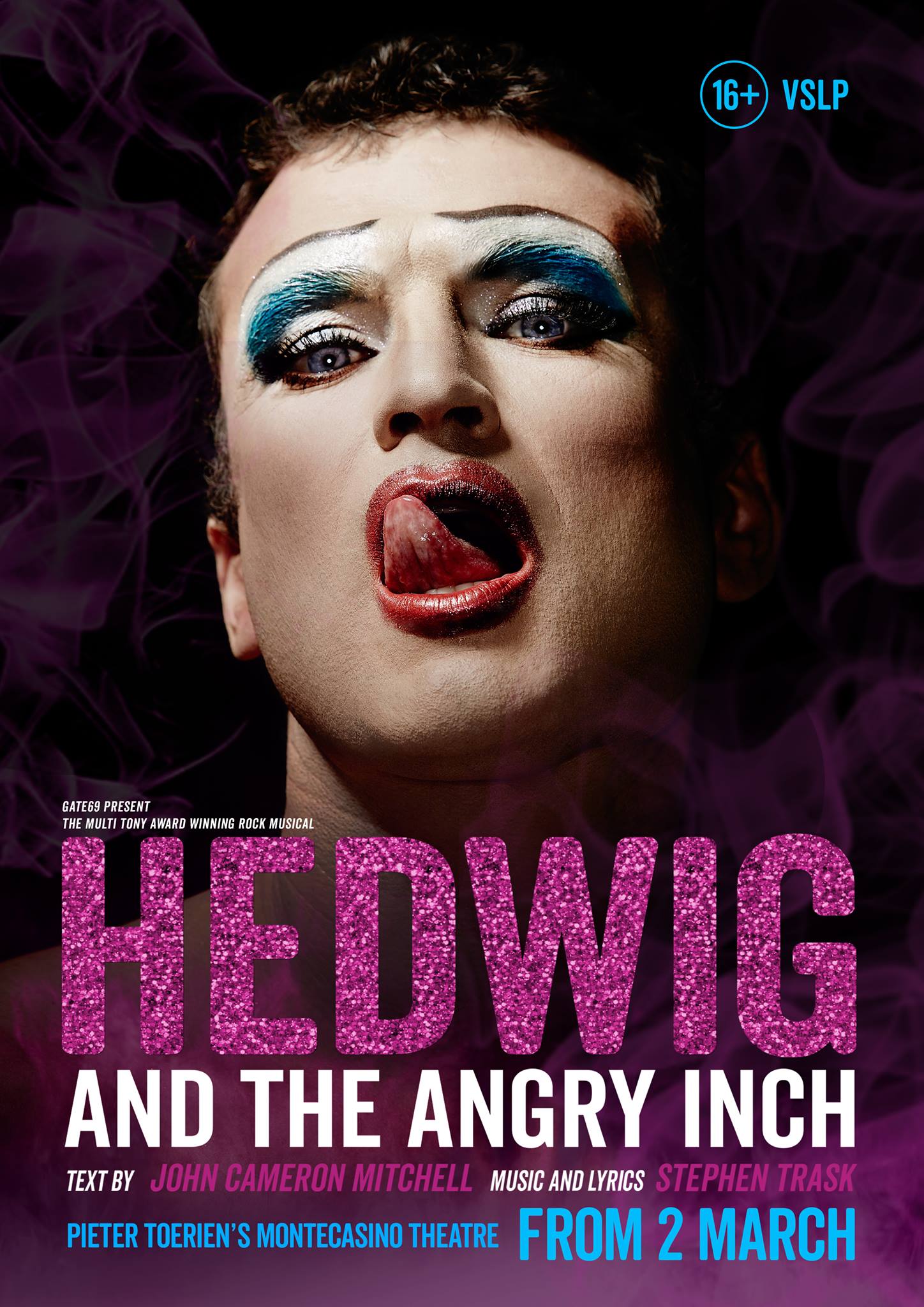 The end of the show makes a strong statement about identity. In what ways does this speak to each of you?

Elizma:  The search for true love is one of self-discovery and self-acceptance.

Jaco:  The ending is strange, but I like that it is sort of left open ended. You get to decide. Just like in real life! You get to make decisions and have to bear the consequences of those decisions. If we all just strive to be 10% better humans every day, the world would be a magical place to live in!

Paul:  To be free one must give up a little part of oneself. There is also no other half out there that can complete you. There is only you and you are whole.

Genna:  For me, it is about learning to embrace your uniqueness and be unapologetic for who you are. People are afraid to step into their light and own their brilliance for fear of judgement or ridicule. I think most importantly it is about truly knowing yourself, no matter how long that takes, and then celebrating that truth.

Hedwig and the Angry Inch is currently on at the Pieter Toerien Theatre at Montecasino until 1 April. Tickets available via Computicket.