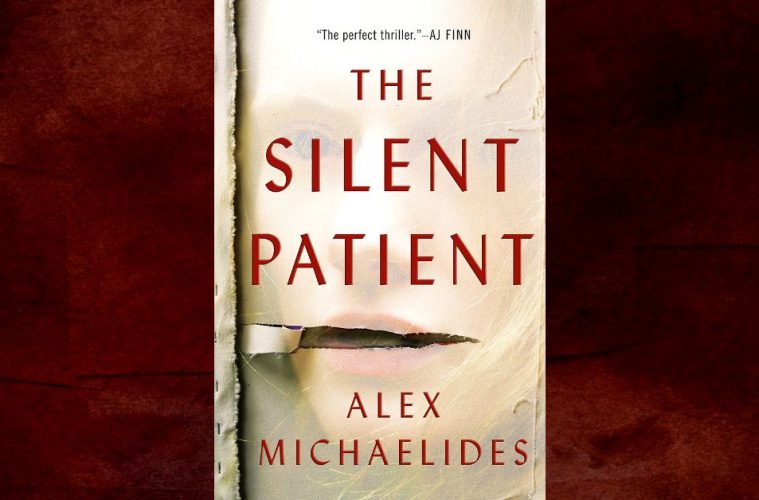 THE SILENT PATIENT by ALEX MICHAELIDES: A Review

I read a lot of books, a lot of thrillers, and a lot of psychological thrillers. You get a bit jaded, and a bit blasé about plotlines, twists that you think you see staring you in the face, and surprises that don’t come as too much of a shock. But then, every once in a while, a cracker of a book comes along and shakes you out of your bubble of indifference … and THIS is the book!

Believe the hype, believe every single hyperbolic description you’ve heard because this is going to be one of THE books of 2019!! Clear your diary before you sit down to read The Silent Patient because you will not want any interruptions until you’ve read the very last word! Wait … don’t get up off that comfortable couch and think life can resume as normal!! You’ll need time to recover!!

Ok, I’ll shut up with the carrying on now and tell you about the actual book now …

Successful artist Alicia Berenson adores her husband Gabriel, until the day that she’s found holding a gun, standing next to his body, after he’s been brutally shot in the face numerous times. It’s obviously a crime of passion; an open and shut case, except that Alicia won’t say a word about it. To anyone. Not that day, and not for the 6 years that follow. Not one, single word.

She’s written off as catatonic and locked up in a mental institution called The Grove in the unassuming suburb of Edgware – where many of my relatives currently reside (in the suburb, not the mental institution, although).

The Grove has problems of its own, the biggest cloud on its horizon being some decisions that need to be made about its possible imminent closure! Nevertheless, there’s a vacancy for a psychotherapist on their team and along comes Theo Faber who cleverly disguises his existing obsession with the once famous, now infamous Alicia Berenson and who – to be very honest – could just as easily be admitted as a patient, so numerous are his psychological foibles. Being the skilled therapist that he is though, he knows exactly how to disguise his eccentricities and even manages to grit his teeth enough to work with a colleague with who he shares previous history, and animosity.

Convincing his superiors that he is most definitely the only individual who will be able to bring Alicia’s vocal chords out of hiding, he sets about his task in what can only be described as ‘extremely unprofessional methods’. Numerous times, he’s referred to by the many people he hassles for information on Alicia’s history as ‘more of a detective than a doctor’ and this certainly seems to be the case. He is undeterred in his determination to find out as much as possible about her life, her childhood, her marriage, her relationships … absolutely everything!

Told from Theo’s often deeply pained perspective, and interspersed with Alicia’s diary entries that give us some insight into the mind of a woman who everyone has written off as a crazed killer. Interestingly, this diary was written quite some time before and then in the weeks leading up to Gabriel’s murder.

And throughout this journey of Theo’s, as he uncovers Alicia’s story, the reader unearths the depths of Theo’s soul and what exactly it is that makes him tick.

This is perfectly paced. The principal characters have just enough edge for you to continually question whether you like them, are scared of them, feel sorry for them, or downright despise them. The peripheral players are sufficiently shady for you to wonder what they’re up to most of the time, and whether they’re going to have some devastating impact that you’re not going see coming until it suddenly goes ‘Kaboom!’ in your face … or maybe not?!