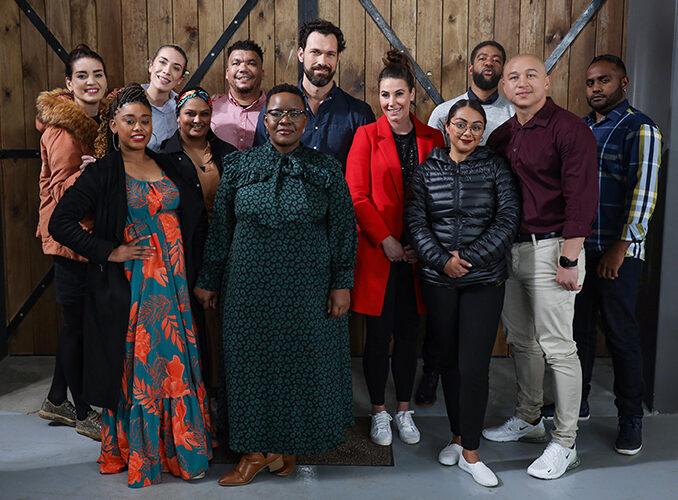 Gqeberha husband & wife duo Tim & Shereez were narrowly eliminated from My Kitchen Rules SA this week, after a panel of judges scored the six remaining duos’ dishes in a blind tasting. 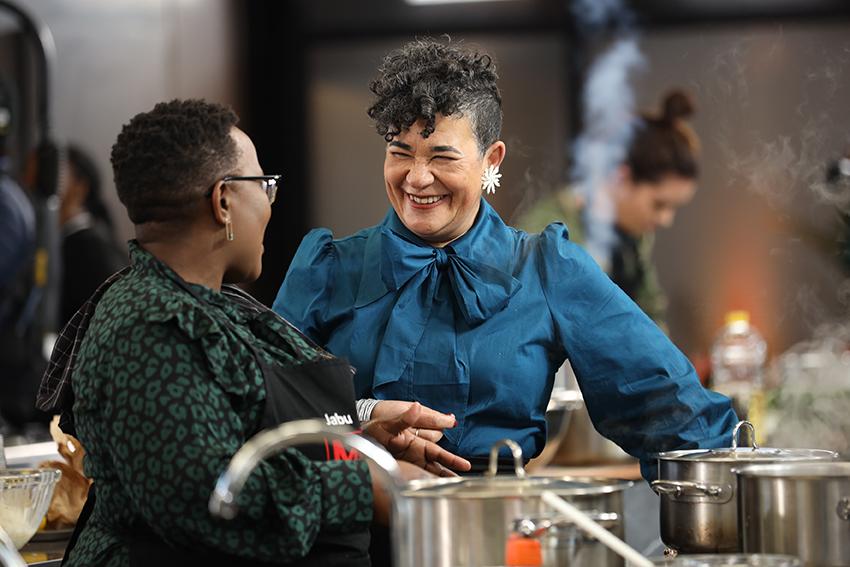 The contestants’ task this week was to produce South African-inspired, restaurant-quality dishes that incorporated wines from sponsors Nederburg in the cooking, rather than pairing. They would have two hours to produce their dishes in the kitchen at the François Ferreira Academy in George and would be judged in a blind tasting by a panel comprising MKRSA judges David Higgs & J’Something; Academy founder François Ferreira & CEO Elsie Harmse and Distell Premium Wines Marketing Manager Jackie Oliver & Nederburg Assistant White Winemaker Jamie Williamson. Mentoring and encouraging them in the kitchen, away from the judges’ gaze, was Chef & Author Karen Dudley.

Jessica & Nicole were determined to honour Martin & Eddie for their sacrifice to keep the ladies in the competition by cooking their hearts out – and deviating from cooking vegetarian dishes, as they had in the previous two challenges. Waven was still navigating how to handle kitchen implements without a large chunk of one of his fingers, which he’d sliced off while chopping strawberries in last week’s challenge. Shaeem and Mas-ud – who don’t consume alcohol for religious reasons – decided to cook with wine, despite the availability of non-alcoholic variants.

Once the contestants’ time in the kitchen had flown by, Karen Dudley presented each dish to the judges on their behalf, without revealing the identities of the duo that had prepared them. They debated each one and scored individually, to give each dish a score out of 100. 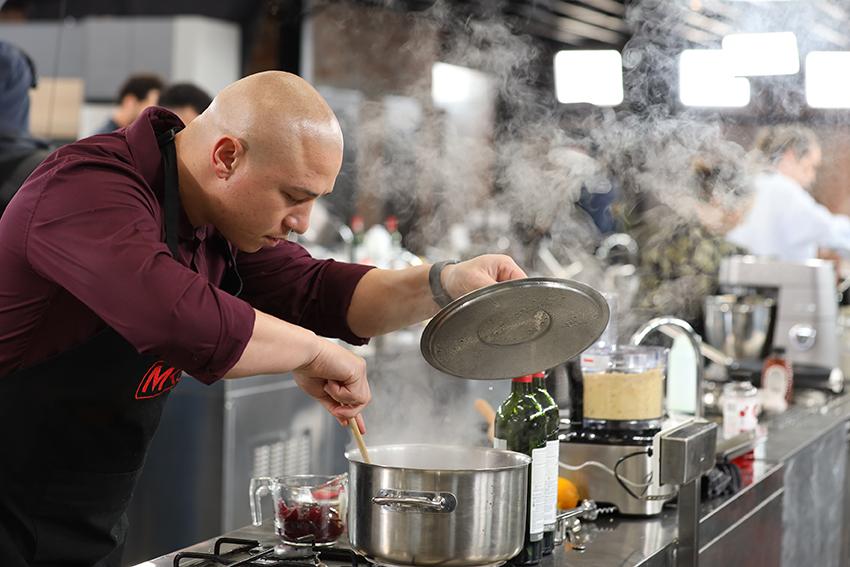 With the scores locked in and contestants assembled, David and J’Something offered their opinion on each, before the identity of the cooks was revealed by Karen. David said the Poached Pear dish (Azraa & Waven’s) had been prepared to professional standards and that their crumble and drops of reduction had really elevated the dish. J’Something called the Cabernet Sauvignon Malva Pudding (Abraham & Michelle’s) ‘a visual spectacular which looked like a piece of art’ and praised the cooks for nailing the brief. David declared the Oxtail Risotto (Jessica & Nicole’s) to be his favourite dish of the week, praising the way they’d managed to prep the oxtail in the short allotted time and for the way they’d incorporated Sauvignon Blanc into the samp risotto – though he did chide them for not incorporating more vegetables. J’Something said that the Lamb Chops & Pap (Larcé & Jabu) felt like an amazing ‘Seven Colour’ Sunday lunch – but one served at a really good restaurant.

On the two least-impressive dishes, David said the Spicy Lamb Knuckle Stew & Pap (Tim & Shereez) had contained beautifully-cooked potato but that it hadn’t come together as a dish. J’Something said the tough lamb and the overly-spicy gravy had let the dish down. The Chocolate Loaded Cake was, according to David, missing something to break the intense chocolate flavour and that the sweet wine pairing with the chocolate had clearly been made by people who didn’t drink wine.

With the scores revealed, Tim & Shereez only lost out by two points (57) to Shaeem & Mas-ud (59) and they bid the five remaining duos – and the judges – a tearful goodbye.

Next week, the teams get ‘fancy’ in an iconic Knysna challenge, featuring a double cook – and a double elimination – to send duos into the MKRSA Season 4 final.