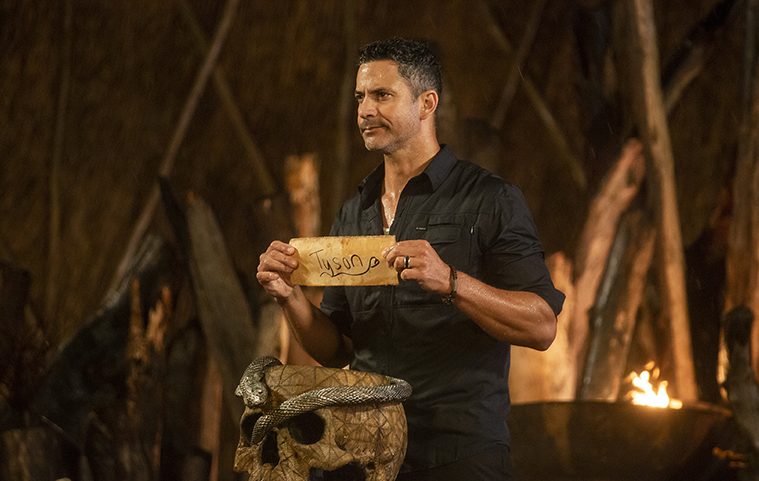 It looks as though ‘Challenge Beast’ Chappies will have to break the Survivor South Africa record for Individual Immunity wins to give himself a shot at making it into the Final Two, after Nicole ignored his late plea for a change of voting tack and sided with Anela, in this week’s episode of Survivor South Africa: Immunity Island.

Having matched the longest winning run in Survivor South Africa history by clinching his fifth consecutive Individual Immunity challenge – and seventh individual challenge, overall – Chappies appeared to have secured his place in the Final. His chances were boosted by his reward for victory in the epic physical and mental challenge – the chance to have breakfast with a Jury member to pick their brain and the opportunity to vote out a member of the Jury before final Tribal Council. Having dined with close ally Anesu and received plenty of encouragement from her, he’d made up his mind to vote out Tyson, confirming his decision with Nicole and Anela. 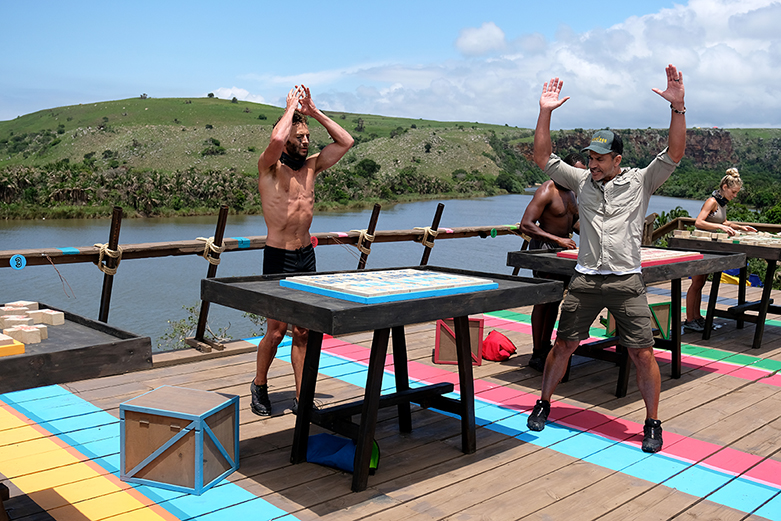 But when Nico dropped a bombshell on the Final Four Castaways at Tribal Council and revealed that there was to be one more Individual Immunity Challenge – meaning that two, rather than three of them would attend final Tribal Council – Chappies tried to change the plan. Realising that Anela, who’d run him close during the Individual Immunity Challenge, was a bigger threat to his spot in the Final Two than Tyson, he whispered to Nicole that he’d be changing his vote and convened a meeting with Tyson to do the same. With Anela left out of the discussion, it was obvious which way Chappies was trying to go – but Nicole stuck with her ‘Tied Destinies’ partner to vote for Tyson, leaving Chappies in something of a minority.

It seems Chappies will have to break the Survivor SA record [matching Ashley Hayden (s3) and Rob Bentele (S7)’s record with 5 individual wins each] to secure his spot – topping international Castaways Colby Donaldson, Kim Spradlin, Brad Culpepper, Mike Holloway, Terry Deitz and Tom Westman (5 each). A sixth victory would put him alongside luminaries Spencer Bledsoe and Joe Anglim (6 each), Ozzy Lusth (7) and Boston Rob (9), who took as many as four seasons to achieve those numbers. 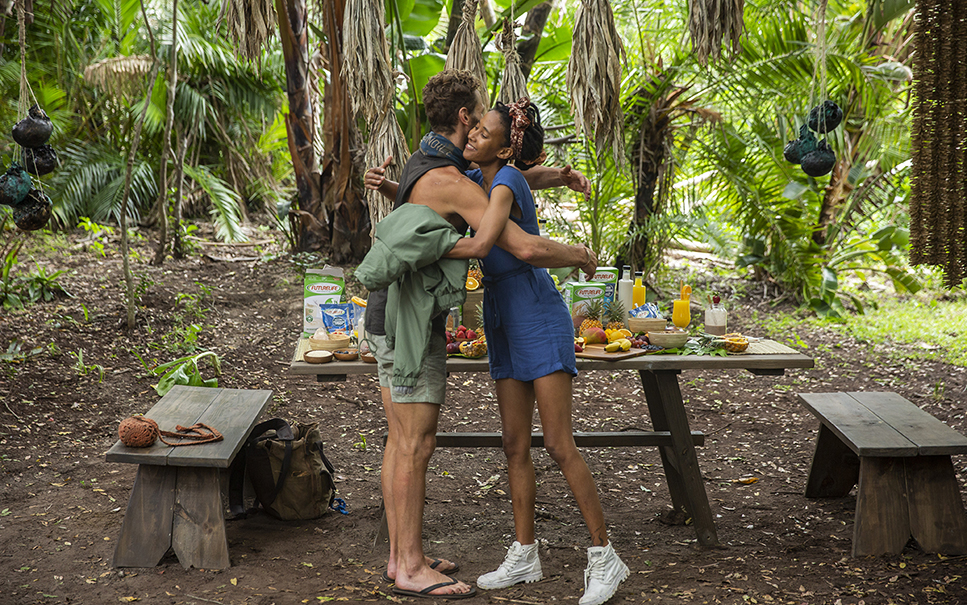 With ‘Chappies’ Diner’ having been revealed at the previous Tribal Council, Chappies continued to forage for and feed himself this week, boosting his diet with a stash of coconuts and sugarcane. The other Castaways decided to follow his lead, with Tyson collecting mussels and Nicole & Anela picking up a few coconuts. They pooled their finds, though, while Chappies continued to hoard his.

Although Chappies believed he had Anela onside, the latter had a plan to vote him out if he failed to win Individual Immunity, with Tyson on board. Chappies, fuelled by his stash of food, again powered to victory, despite Anela giving him a scare. Feeling that he’d secured his spot in the Final, Chappies then shared some of his stash with the others, back at camp, while Tyson resigned himself to departing. Happy for the additional sustenance, but still put out by Chappies’ behaviour, Anela planned to share details of that side of Chappies’ personality in front of the Jury. 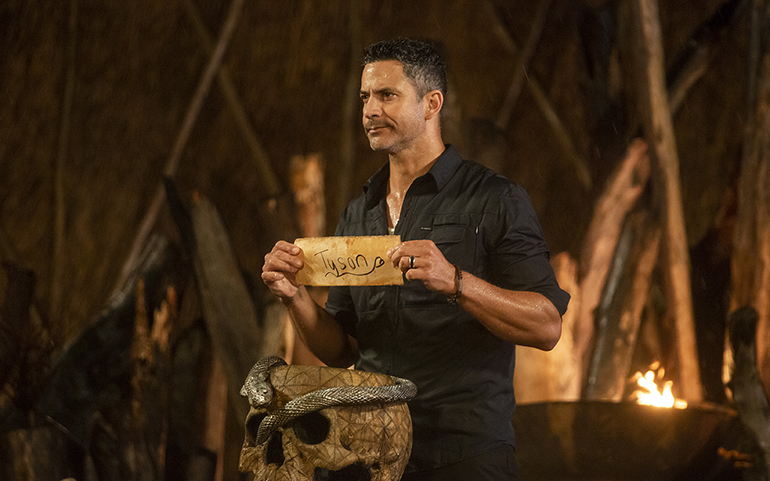 At the breakfast Reward, Anesu told Chappies that many of the Jury members love his sneaky moves to outwit and that if he were to own up to the more devious parts of his gameplay, he might receive the nod from people he thinks are not on his side. The insights she shared made up his mind that it would be best for his chances if he were sitting alongside Nicole and Anela at the Final 3. With a letter confirming his ability to vote out a Jury member at Tribal Council tucked under his arm, he returned to camp and affirmed his decision with Anela and Nicole.

Knowing that he was in danger, Tyson swallowed his pride and approached Chappies for a chat, raising some points about his gameplay and his chances in front of the Jury, based on his choice of who he would be sitting alongside. Chappies listened patiently, but his mind was already made up. 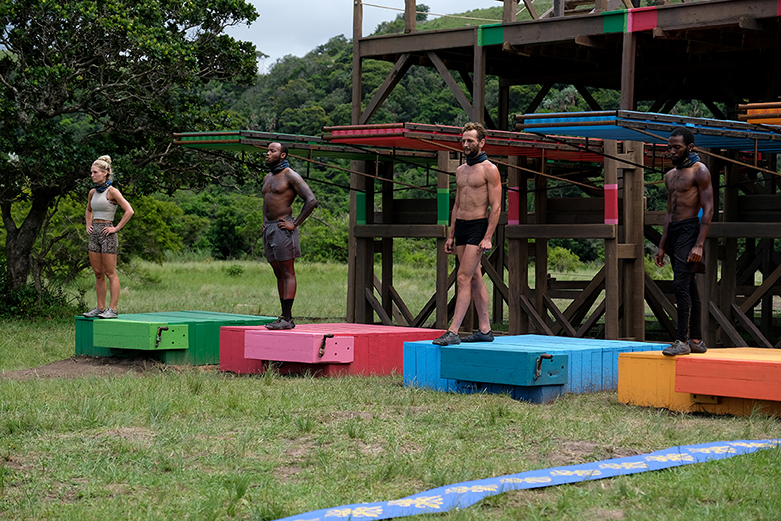 As the Castaways and Jury sat in pouring Wild Coast rain, Nico dropped the bombshell about the additional Individual Immunity Challenge, sending Chappies scrambling. When it was time to vote, Chappies chose to vote arch-nemesis Wardah off the Jury and wrote down Anela’s name. With Anela allied with Nicole – and clearly on the chopping block after Chappies’ change of plan – he could only write Tyson’s name down. Tyson, ignoring Chappies’ late attempt to bring him closer – and showing solidarity with Anela – had no choice but to write down Nicole’s name. Nicole then showed that Chappies’ plea for a late change hadn’t moved her either, by writing down Tyson’s name, making him the eighth member of the Jury.

Next week’s two-hour Survivor South Africa: Immunity Island finale is going to be one of the most epic episodes in the show’s history. Can Chappies break the record to secure his spot in the Final Two or will Nicole and Anela have the opportunity to combine to oust the ‘beast’ at the final hurdle?

Survivor South Africa: Immunity Island is produced by Afrokaans. Don’t miss the epic 2-hour finale on Thursday, 16 September at 19:30 on M-Net (DStv Channel 101) or on Catch Up. Visit the M-Net Website for exclusive show content and join the conversation on Twitter, Instagram and Facebook, using #SurvivorSA and #mnet101.