The World As You See It

I like to see things through other people’s eyes. It’s what I love most about talking to people, about reading, and of course, about traveling. Cities from others’ perspectives are so much more interesting than cities through my own. Maybe because I don’t have any natural enthusiasm myself? Or maybe because I do not have strong opinions? Or maybe because I am porous? Perhaps an actor could explain to me the pleasure of seeing the world through somebody else’s eyes. Whatever the reason, I carry the people I meet along the way with me past the conversation that we shared–and often let them lead my way. 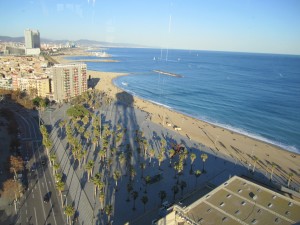 On my last trip, I got on the plane and spent some time speaking to my seat mate: A 7-year-old Gujarati girl who was going back home to take a big test at her international school. I was thoroughly charmed by her. She told me she had just spent a few months in Toronto, where I live. I asked her what she thought of the city, and she said she liked Toronto better than her home because “India,” she said, “is too dirty.” At another point in our conversations, she got really excited when she found out I was going to Barcelona. “Are you going to see Messi?!” she asked. I had no idea what she was talking about. I am not a sports fan obviously. She was, obviously. I found out Messi was a soccer player. This girl was a soccer and Messi fanatic in the way only a child can be. And, again, I was thoroughly charmed.

I then met a friend of a friend who was nice enough to welcome me into his newly adopted city of Barcelona. I asked him what he loved about it, and he gave several reasons–cheap rent and cost of living, the Spanish language, long and fascinating history, beautiful architecture, etc. When I asked him what he liked more about Barcelona than Madrid, he said it was that he gets to look out at the Mediterranean, whereas Madrid is landlocked. I would never have considered that, and I was thoroughly taken with this idea. 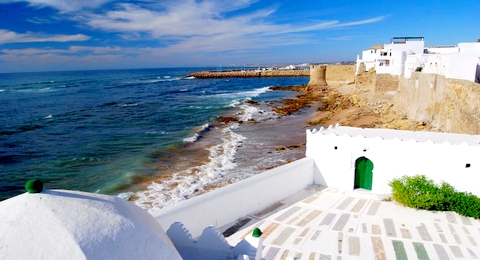 When I noticed that Barcelona was very clean–something that I would never have noticed if that little girl had not been so passionate about such things–I asked the new Barcelonan about it, and he said that it was a relatively new city-led job-creation scheme. Such an interesting fact that I only unearthed because of that seven-year-old girl! And then, on my way back from another expedition, the bus passed the “football” stadium, and I felt excited for her…or as her. And there was a video of a guy who I figured must have been Messi. None of that would have thrilled me if I had not met her. But it thrilled me. And when I was in Madrid about a week later, I noticed how much dirtier it is than Barcelona–and I was surprised at how much the grit made me feel more at home. She would hate it, I thought.

I saw a bunch of tchotchkes when I passed a window in Madrid. There were tons of those pooping figures the Spanish bring out for Christmas. There were variations on the theme though: There was one of Trump pooping, and one of Messi pooping. I normally abhor scatological humour, but I was thrilled–because there was a good chance that Messi and scatological humour would appeal to a 7-year-old, and now I saw it through her eyes. That girl who was probably writing her test as I was coming across these figures. I hope she did well. 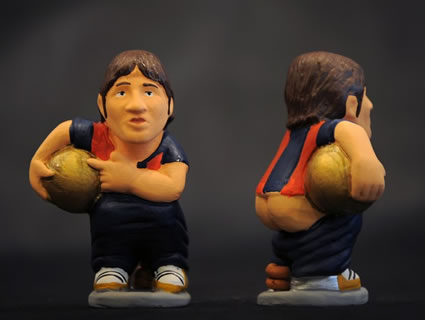 Back in Barcelona, I was intent on getting a sense of Barcelona’s Mediterranean character based on what the young male friend of a friend had said. So, when my feet could not take another step, I got on the hop-on-hop-off-style bus for a two-hour tour in the freezing weather simply because I wanted to see the waterfront and beaches. I saw through his eyes as I stared at the waterfront and the beach. I became a young male Barcelonan later when I saw the spectacular views of the Mediterranean from high up on “Jew Mountain.” I was fascinated for him and as him when I learned on a walking tour that the whole waterfront had virtually been ignored until the Olympics in 1992, for which they reimagined, rebuilt and revitalized the whole thing. In Madrid, which indeed had a different history and a different feel largely because of the absence of water in sight, I saw through his eyes: It was geographically and culturally landlocked. I saw through his eyes even when I got to Tangier and stared at the Mediterranean on the right and the Atlantic Ocean on the left. I hope his eyes see that sight through my eyes one day.

I will most likely never know the answers to any of the questions I have about these two people who crossed my path. But I will always see the world through their eyes, as well as everybody I have met at home and in my travels. I am simply an amalgamation of every person I have met in person and through stories. I see the world through everybody else’s eyes, and that way, I am always accompanied by little girls, young men, and everybody else. The world as you all see it is so much richer than seeing it alone.