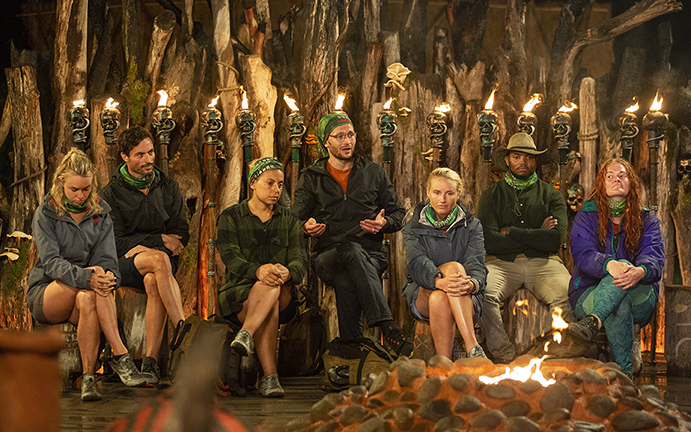 Having already voted out tricky Thoriso at their own Tribal Council, Vuna feasted on boerewors rolls on the Jury bench as they watched Zamba make a meal of blindsiding Carla in the first double-Tribal of Survivor South Africa: Immunity Island.

Nico announced double elimination as the tribes arrived at what they expected to be a straightforward Immunity Challenge. With news that both tribes would be attending Tribal Council still settling in, the Castaways had to choose to play for a trip to Immunity Island or for a chance to feast as they watched the other tribe voting out their chosen Castaway. 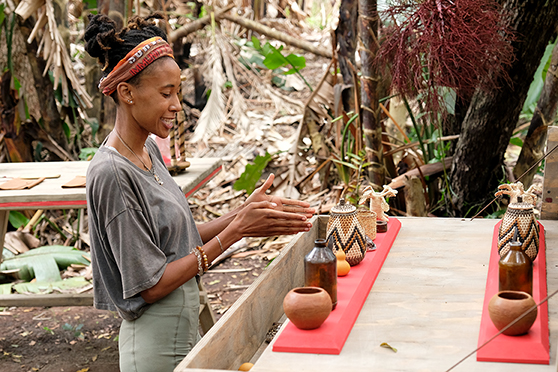 Thoriso and Anesu were the only two Castaways to opt to play for an Immunity Island visit and the latter won easily when Thoriso toppled from her perch in seconds. When sole remaining Zamba member Wardah stepped off the balance beam, she guaranteed Vuna the feast, with Tyson and Nicole battling it out for the individual reward. When Tyson toppled, Nicole won the reward of a double portion, along with dessert and a beer – which she asked to be swapped out for a Piña Colada. There had been plenty of inter-tribal chatter as the fallen Castaways waited the game out, with Anesu, Carla, Wardah and Marisha having plenty to say to each other about respective tribal targets.

The scramble started the second both tribes arrived back at camp. At Vuna, Thoriso had convinced Tyson to hand her his Hidden Immunity Idol note so that she could prove her trust and bluff herself off the bottom of the pecking order. As she set about convincing Dino and Renier that she had the Idol, Qieän let slip to Tyson that Thoriso was on the chopping block, which prompted Tyson to give Thoriso a heads-up. Seeing that her plan wasn’t working, Thoriso clumsily tried to expose the lead alliance’s vote, but only ended up letting slip that Tyson had told her that she was in danger. Infuriated that Thoriso had thrown him under the bus, Tyson decided to vote against her. 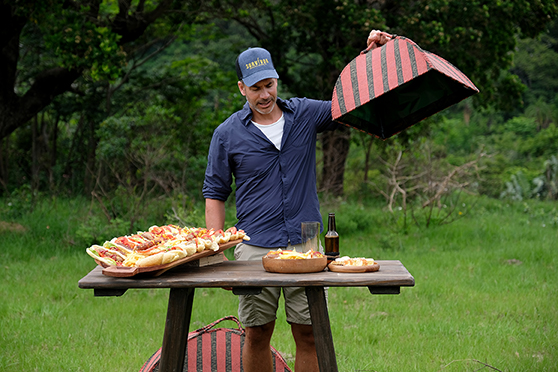 Sensing that the votes were too fractured, Kiran convinced the former Zamba members to split the vote by voting for him and Thoriso, giving her the chance to play an Immunity Idol which he secretly knows she doesn’t have – because he knows that ally Tyson has it. He also convinced Tyson to reveal his Idol to Renier, to build trust.

At Zamba, Carla and Wardah were convinced that Amy and Shaun were on their side and pushed to axe double agent Santoni, instead of Chappies. Meanwhile, Amy and Shaun are allied to Chappies, Anela and Santoni and decided to blindside Carla instead.

Meanwhile, Anesu had chosen to ‘stay & play’ at Immunity Island, beating the clock to guarantee herself Immunity and winning a Tribal Council Pass which will allow her to choose one person to leave Tribal Council and head straight back to camp before the vote is cast, all the way until there are just seven Castaways left in the game. 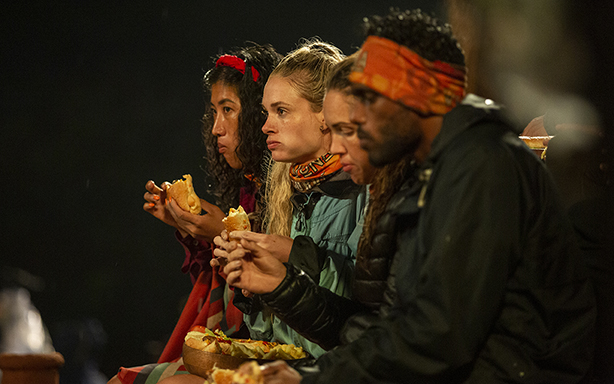 At Vuna Tribal Council, Marisha demanded to see Thoriso’s note – a request that was denied. As things devolved, Tyson whispered to Dino that he had an Idol and asked for his vote. Nicole, Quieän and Marisha got involved and a clearly flustered Dino discovered that his alliance had a contingency plan he hadn’t been aware of. With things apparently in disarray, Kiran stepped up to reveal that he had offered the vote split as a Plan B and as a test of his loyalty. Vengeful Tyson played his Hidden Immunity Idol, nullifying the four votes against him and Thoriso – unable to vote, herself, after her last trip to Immunity Island – was sent home with two votes to her name.

Vuna then moved over to the Jury bench to feast while witnessing Zamba’s Tribal Council. The food distracted Zamba and saw Shaun ranting about Vuna’s attitude and the way former tribemates have acted towards their one-time allies. Zamba’s feedback to Nico all pointed to the fact that they’d be voting out someone who they saw as strong opposition later in the game, giving Chappies – whose name came up a few times in conversation at camp – a few palpitations, but ultimately the votes went Carla’s way in a blindside she would have been proud of.