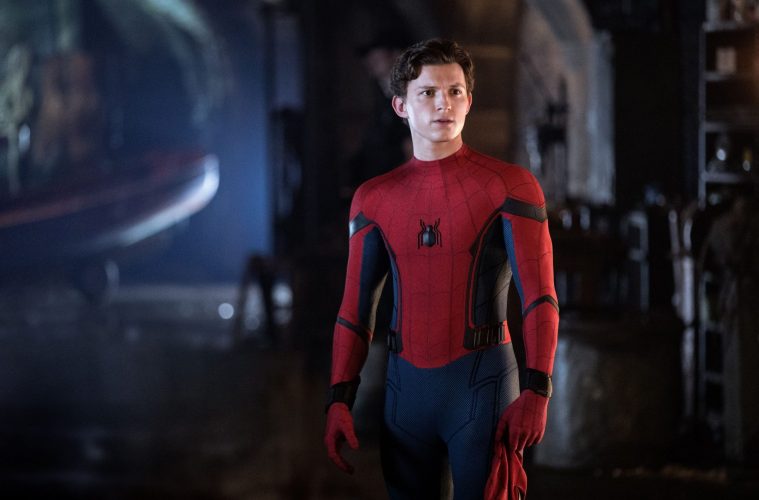 Hot off the heels of the epic Superhero film Avengers Endgame, Spider-Man Far from home opens with the Marvel comics title card, the pages flicking through showing of all our favorite heroes, with the song “I will always love you” playing as the pages flip. A true signifier of the end of an era and the beginning of a new one.

Spider-Man Far from home ticks all the boxes, from the visual effects and action sequences down to the lighthearted comic relief.

As a fan of the Superhero genre and the MCU as a whole, I felt that it was the passing of the torch from Tony Stark’s Iron Man to Peter Parker’s Spider-Man. We follow the latter as he wrestles with decisions of right and wrong and as he struggles with wanting to be a normal teenager and his identity as Spider-Man.

Even in death, Tony Stark’s shadow looms large over the world, raising the question, who will be the next Iron Man? A group of disgruntled former Stark Industries employees along with their leader, Jake Gyllenhaal’s Mysterio, take it upon themselves to take up the mantle through manipulation and clever deception.

This film was the perfect follow up to Endgame spelling out a new era for the MCU. Phase 4 has begun indeed and the future looks bright. 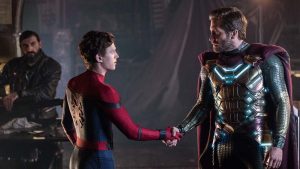 Earth 616 – Gyllenhaal’s character mentions that he comes from a different earth and has come to earth 616. opening up the the possibilities that the Multiverse will start opening up in the near future. As a fan this is very exciting and I had a total geek out moment.

The call back to the B.A.R.F. Program from 2016’s Captain America Civil War explains Gyllenhaal’s Character’s back story and his motives.

Marvel and Disney once again did not disappoint. Spider-Man Far from home is a great film and perfect for a fun web slinging family outing to the cinema.

A minor letdown in the experience was that Ster-Kinekor’s D-BOX system didn’t seem to be fully operational. This made this part rather underwhelming. With all the incredible action sequences in the film, I would have loved to have felt that I was a part of the web slinging action.

Perhaps the gremlins got into the system and what a pity. I do hope future film goers get to experience the excitement as if they were in the movie themselves.