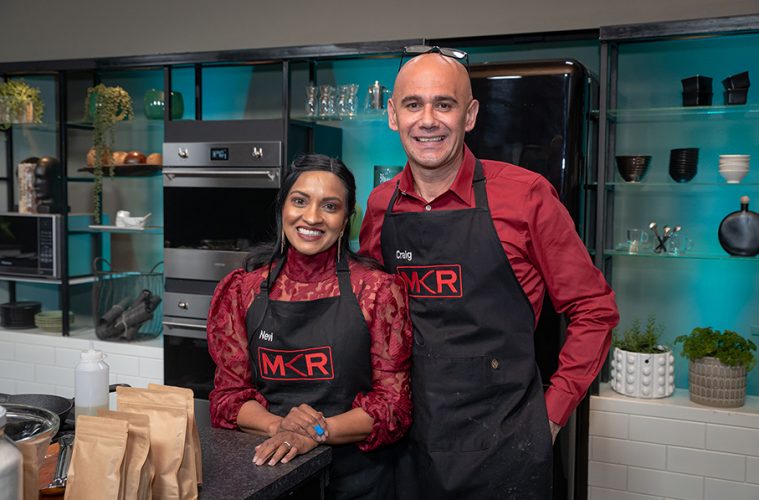 Despite promising a three-course meal bursting with flavour and spice, husband & wife Nevi & Craig’s Instant Restaurant night left the judges and contestants lukewarm the last episode of My Kitchen Rules SA – with their score of 64/100 only just edging them ahead of last week’s home cooks, Alberton Moms Karen & Tenille (61/100).

Their menu comprised a starter of Onion & Potato Bhajia; a main of Lamb Kebab in tomato chutney with fresh roti & raita and a dessert of Cold Vermicelli and Sago. Before their three hour prep time started, Nevi declared that she couldn’t have a better partner in the kitchen and that with Craig by her side, they were going to knock the meal out of the park. 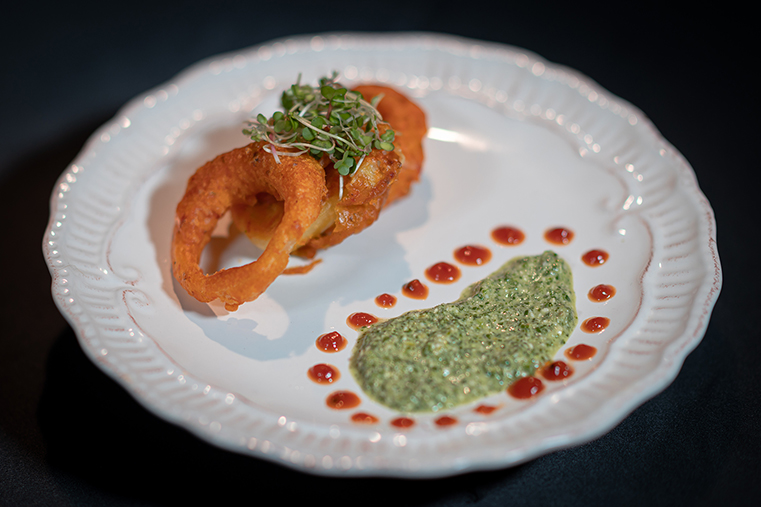 Their Instant Restaurant was named ‘Relish the Thyme’ and decorated in rich turquoises and purples, with décor items from their own home, as the duo hoped to show how their food brings people together to create magical memories.

In the kitchen, Nevi was definitely in charge, with Craig acting as her sous chef. Chiding him for getting side tracked with adding herbs – his kryptonite – and prepping 30 rotis for their guests that Craig would be toasting for the first time ever, she definitely stayed on top of everything he was doing throughout the cook. She even hurried him along when he cut himself while chopping mint: “Run it under water, you’ll survive – I need you back here!” 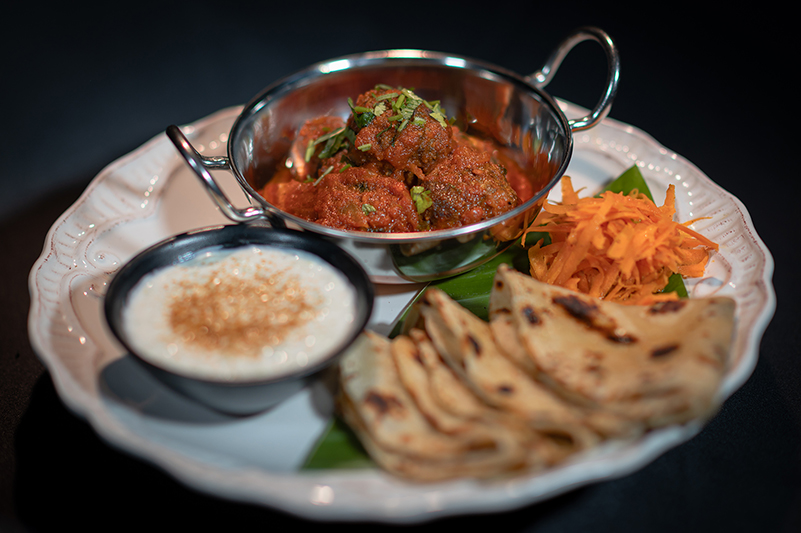 They welcomed their fellow contestants, resplendent in matching red outfits, with Karen and Tenille joining the group after serving up their meal at their Instant Restaurant last week. As Brett wondered how their introduction would alter the group dynamic, Retha said she was looking forward to loads of flavour and Palesa N was praying the food wouldn’t have too much chilli in it.

As the judges joined the table, it was time for service to start. David enjoyed the starter and declared that it had the perfect amount of spice, with J’Something saying that there was plenty of flavour, but he wondered whether two onion rings and a solitary bhajia constituted a competition-worthy dish.

For the contestants, Tshepi expected more heat, Palesa said she could taste the oil in the onion rings and Brett, Tenille and Aidan raised issues with the hard potato. 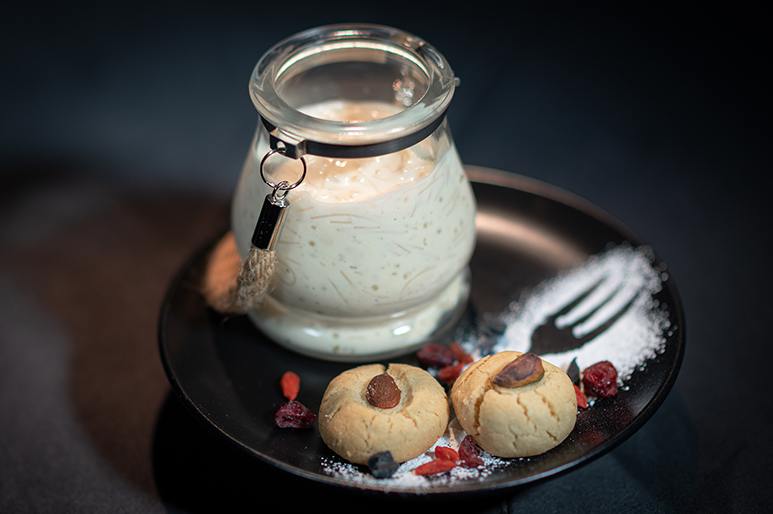 The main was presented with a preface by Nevi that it was a special dish and one that she had grown up eating. “This is our go-to food,” said Craig. “To be in the kitchen with my wife, cooking up this dish, brought so much of what we’re about and we want you to feel that today”.

J’Something felt that there was plenty of flavour in the dish, but that the sauce could have been reduced a bit more and balanced better. David declared the lamb meatball ‘perfectly cooked’, but said he found the roti a little dry.

Tshepi had no such qualms, saying she only stopped eating it because she needed to leave space for dessert, while Tenille found the flavours ‘heartwarming’. Karen thought it was more of a competition dish than the starter and Aidan agreed, saying that it was the kind of dish he’d expect at a restaurant. 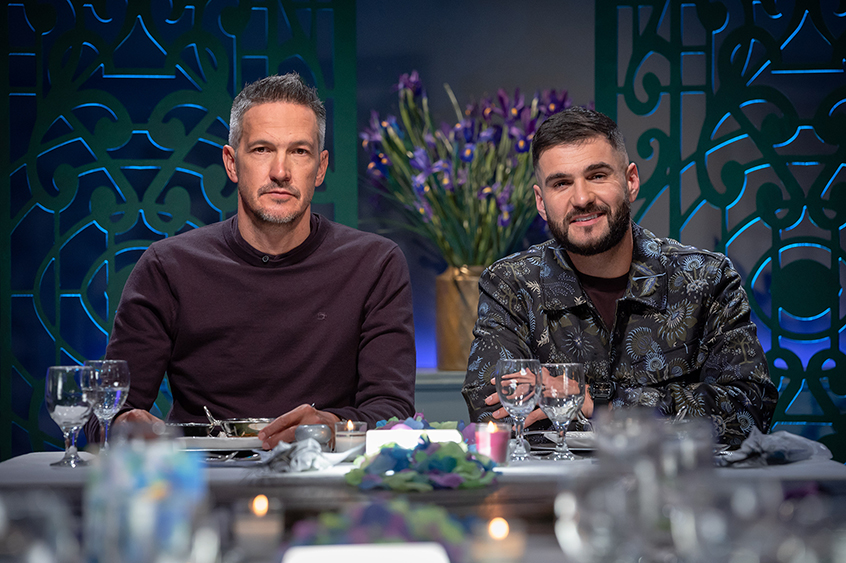 The menu description of the dessert had the judges and contestants unsure of what to expect – and the dish itself also caused some confusion. Retha said she couldn’t taste anything aside from custard, Palesa N called it ‘sweet pasta’ and although Brett called Nevi’s nan khathai ‘the best biscuit I’ve ever eaten in my life’, he struggled with the combination of ‘spaghetti and vanilla’ in the cute glass vessel. Karen’s comment that it reminded her of her son’s baby food drew a gasp from the table, with Retha thinking the comment was a little harsh.

J’Something felt the flavour was a little one-dimensional and thought that they’d failed to bring a spark of creativity to the dish. David was initially unconvinced by the sago & vermicelli combo, but said that he eventually found that he enjoyed the interplay between the two. 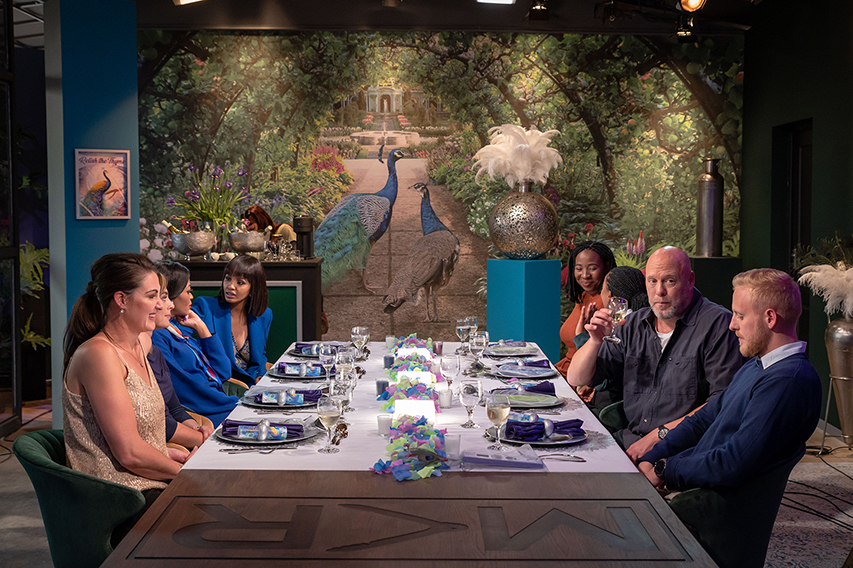 Scoring time saw Karen & Tenille and Palesa & Palesa both giving them a 6, while Retha & Tshepi and Brett & Aidan scored them 7 apiece, to give them 26/40. J’Something scored their starter a 6, main, an 8 and dessert, a 6, with David scoring the courses 6, 7 and 5, in order, for a combined score of 64/100. Nevi thought the contestants’ scoring had been ‘strategic’ but, as J reminded them, at least they knew they were safely into the next round, having bettered Karen & Tenille’s score.

Next week, Globetrotters Retha & Tshepi will get their turn to present their Instant Restaurant – and are looking to bring their international flair to the MKR kitchen.