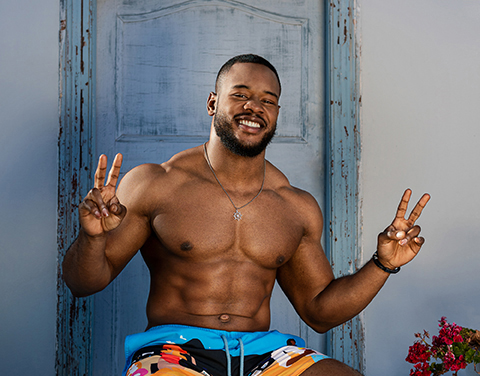 Durang Atembe becomes the second Islander to be dumped from the Love Island SA villa!

After host, Leandie du Randt, visited the Islanders to oversee yet another round of recoupling to take place in last night’s episode, Durang was the only Islander left standing – resulting in his departure from the villa. “I thoroughly enjoyed my time in the villa with the other contestants and I have no regrets. I took a chance to find love and I enjoyed connecting with Thimna, even though we didn’t always see eye-to-eye with each other,” says Durang.

Love Island SA audiences saw how Jay (23) was pitted against fellow Islanders, Summer da Cruz and Sarah Fischer earlier this week before making the first exit of the season – based on public votes. “My only regret was not pursuing Rochelle sooner, as I feel we could have been strong together.” Despite being the first Islander to be dumped, a conservative Jay is still hopeful in his quest to find love. “My experience on Love Island SA was amazing. I’ve learnt a lot about myself and I won’t give up in my pursuit of finding true love.” 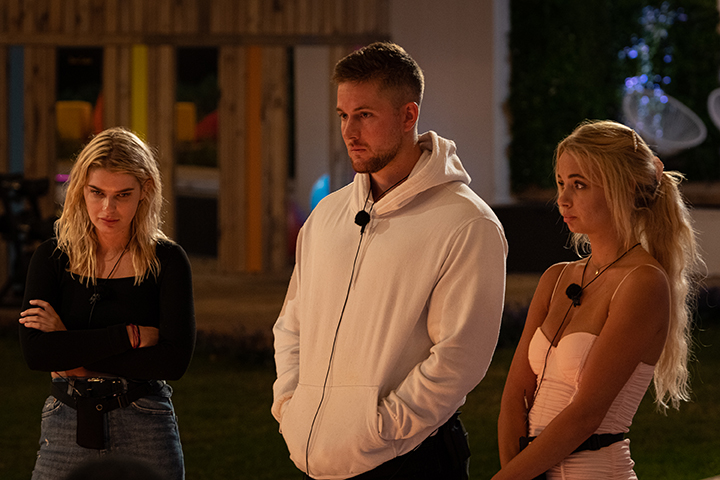 As soon as the show’s first episode on Sunday 28 February premiered, things seemed to be heating up in the love department. Initial couples formed were as follows: Jay Freemantle and Millie Terblanche, Kaige Bertasso and Summer Da Cruz, Asad Boomgaard and Erin Japhta, Ian De Beer and Rochelle Van Vuuren as well as Durang Atembe and Thimna Shooto.

Initially the Islanders seemed to get to know each other, deeming the competition “Friendship Island” but as soon as the bombshells started entering the villa, the competition began heating up.

Sultry self-starter Sarah Fischer (25) from Centurion has made it clear she likes a beautiful man to be on her side. She’s already made connections with Asad and Chris and seems to enjoy watching both work out individually. Are looks and physique enough to win her heart?

Capetonian beefcake, Xavier Haupt, became an instant hit with the women when he entered the villa. The 21-year-old rugby player and coach seemed to fancy Thimna and made sure to connect with her first. But he has forged genuine chemistry with a number of the ladies, including Millie and Erin too. Who will he choose to find the perfect love?

Twenty-three-year-old Libhongo-Lethu Geza (also known as Libho) who hails from King Williams Town in the Eastern Cape, is the self-proclaimed “sweet” guy who fancies Thimna. But will his sweetness be enough to sweep her off her feet?

With Stellenbosch-based econometrics student and model, Chris Mouton, (21) it became apparent that he and Durang knew each other from their rugby days on the field. Chris seems to have forged a connection with all the ladies but only time will tell who he falls in love with.

The standout connections only really blossomed when a surprise recoupling was announced for a second time this week.

When it came down to the wire, the following pairs emerged from the recoupling last night:

Libho and Thimna, Chris and Summer, Millie and Xavier, Sarah and Asad, Erin and Ian as well as Rochelle and Kaige

Initially dubbed as the couple who has the best connection in the villa, Summer and Kaige have been at loggerheads, ever since Chris declared his interests in Summer. The two ended up going on a much-deserved date earlier this week but will their constant disagreements and banter keep their relationship intact and send Summer straight into Chris’ arms?

Tensions between Asad and Sarah have heated up since the Islanders all found out that they slept together, but will Erin go through with her decision to not pursue Asad again?

Don’t miss the drama from inside the villa as the Islanders face more surprises, twists and turns this week.

Catch one-hour episodes of this captivating reality TV series from Mondays-Fridays and un-seen bits on Sunday’s at 9:30pm on M-Net Channel 101.

Viewers can also have their say by joining the live polls and voting rounds during the episodes. To cast your vote, simply click here. Visit the M-Net Website for exclusive show content and join the conversation on Twitter, Instagram and Facebook using the #LovelslandSA and #mnet101. Love Island SA is produced by Rapid Blue.