Grillers’ Challenge is a platform given to Nandocas to showcase their skills on the grill and to help them be the best they can be. Nando’s purpose is to change lives, and this initiative not only does that by exposing Grillers to different experiences and incredible prizes; it also helps keep the standards of PERi-fectly prepared Chicken high. After regional challenges held countrywide, 14 Grillers advanced to the finals. For many of the Grillers, flying to Johannesburg and staying in a hotel was an exciting first-time experience. The group also visited Nando’s Feitoria and Africa Spice – the factories where Nando’s sauces and spices are made, enjoyed dinner at Melrose Arch, and had a 5-Star braai at their hotel.  Ahead of the finals, they were given a VIP welcome by Nando’s Central Kitchen Nandocas with a colourful street parade that made the Grillers feel like the stars they are. They then went head-to-head in a gruelling test of their grilling knowledge and skills. This included preparing a variety of Nando’s flame-grilled Chicken cuts with different bastings to the highest standards for judges to sample. This year the judging panel – who all know more than a thing or two about great tasting Chicken – included Nando’s co-founder Robbie Brozin, Nando’s SA CEO Mike Cathie, the company’s Head of Food, Pascale Sobiecki and Head of Operations, Chris Swanepoel.  Founder Robbie Brozin says: “Grillers’ this year was exceptional and incredibly energising. The spirit of PERi-PERi was unleashed, and the quality of the Chicken was great, which made it hard to judge. Grillers’ Challenge is such a special event. It’s the only competition that benchmarks Nando’s Grillers around the world – from Langkawi to Maryland, Jozi to London! It’s a global connector that represents the spirit of Nando’s.” 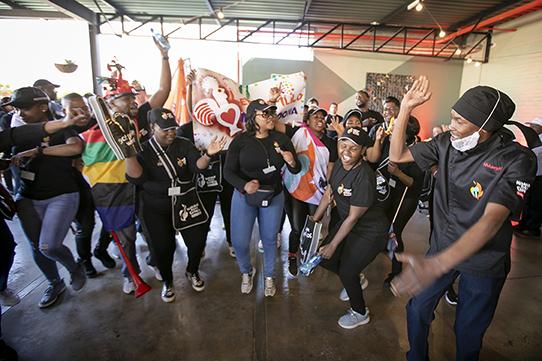 The event itself was attended by regional support teams from around South Africa, as well as Central Kitchen Nandocas who were there to cheer the Grillers on. “We’re excited that after two years of hosting a hybrid event, we were able to come back flaming hot. It was incredible seeing everyone’s smiles and hearing the war-cries from Nandocas supporting their favourite Grillers,” says Kirsty Niehaus – Marketing Manager: Internal Brand Experience and Creativity.  “Every year is special. Nandocas are Family, and creating empowering opportunities to make their lives better, shows our commitment as a brand to continuously firing up employees and giving them the tools to be the best they can be,” Kirsty added.

Ahead of the prize-giving, Nandoca Uhurus kept the audience entertained with their vibrant music, rapping and singing. The Uhurus are Nandocas who competed in a music competition and who got the chance to perform at Nando’s events and at the Basha Uhuru festival. They are given mentorship and recording opportunities through Flame Studios at Constitution Hill.

The prize for the winning Griller is a R15 000 room makeover or study bursary. Celumusa Mnguni chose the room makeover saying he wanted to improve his home for his children. 2nd, 3rd and 4th place winners each won Nando’s merchandise and shopping vouchers worth R3 500, R2 500 and R1 500 respectively. 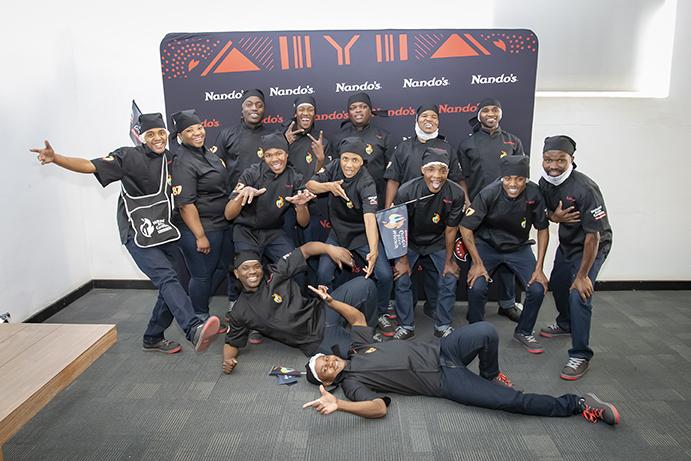 Last year’s winner, Njabulo Buthelezi from Nando’s Crescent was the 2022 event winner and was the proud recipient of a R15 000 room makeover. The makeover team tiled his room’s floor and shower, rewired electrics, repainted, installed a ceiling and lights and installed a new kitchen with granite tops. “It’s so beautiful. I can’t believe it. Wow! I’m excited about how different and unique my room is. Thank you Nando’s,” said Njabulo after the big reveal of his room.

Nando’s says Halala to the winners and hopes this experience will see them growing from strength to strength.