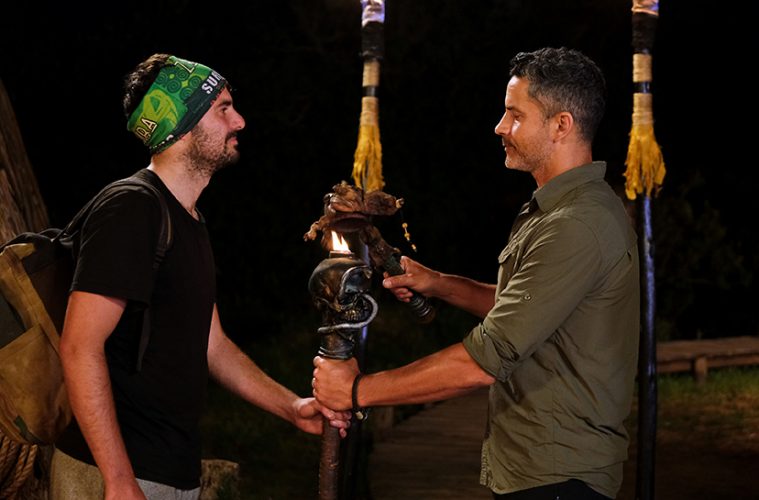 It was his resilience and expert knowledge of the game that Dino thought would see him take the title of Sole Survivor.

Sadly a number of tribe swaps took their toll and he became the seventh castaway voted out.

We caught up with Dino to hear his thoughts of how a super fan’s dream became his reality. 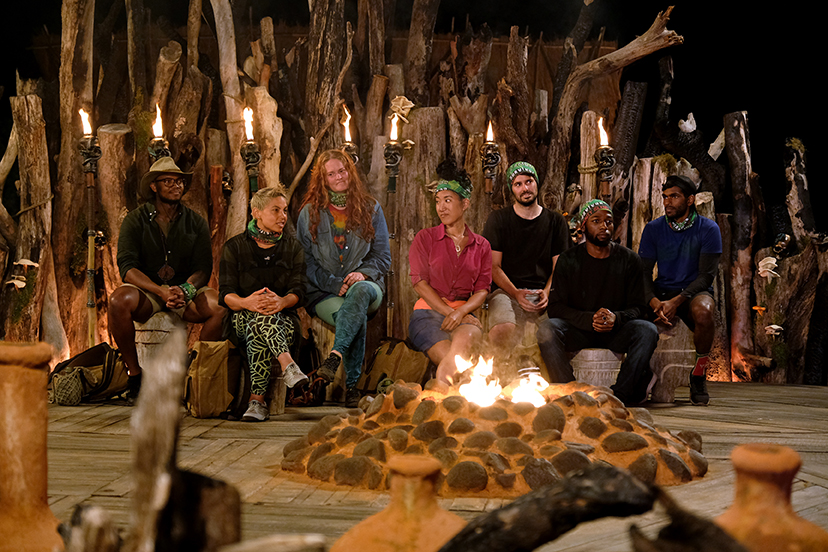 How did you feel after watching your last episode?

Watching it back was a relief if I’m honest. Going on a Survivor journey is incredibly tough. There’s many parts to it as you know. For the castaways it’s not just about the days on the island, there’s a whole journey before and afterwards. The journey afterwards is challenging because there’s a lot that goes on in your mind and there’s this weight on your shoulders. A weight of the expectation and all this hype around it.

It took a lot off my mind as well. All of the coulda, shoulda, wouldas. Seeing it like that and seeing how many dead ends there really were, eliminates a lot of the beating up of myself that I’ve done over this period of time.

This week we witnessed an epic battle for reward. Talk us through how you felt during this challenge.

That reward challenge was insane. You get a glimpse of it and how tough the conditions were. How cold it was and how strong the current was. It was incredibly challenging, wow, what an experience. I’m not a great swimmer but I made it across. You see somebody like Renier struggling in the water with the conditions and you go wow, because I mean that boy can swim. Then you see somebody like Chappies who goes and does that five times with the dead weight of people. I take my hat off to him, he’s an athletic phenomenon, a great competitor and a gentleman. That challenge was grueling but it’s what we signed up for. It’s what got me excited about Survivor in the first place and what a privilege it was to be a part of it. 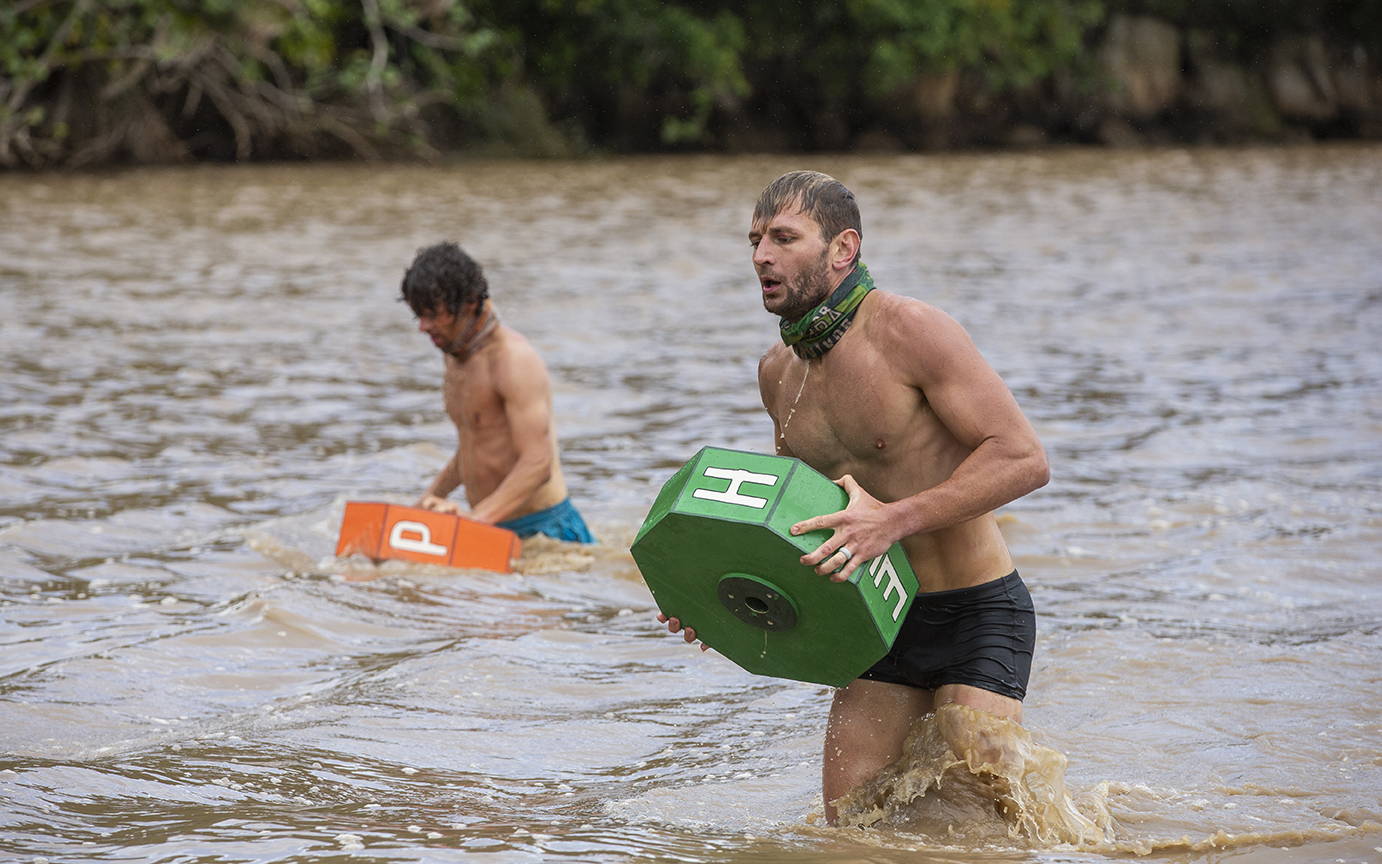 Chappies’ efforts were heroic. Did this change your thinking or strategy when it comes to him?

No, if anything it just gave me more ammo to go for a guy like that. Although Chappies was a big component of them winning, I think it’s at the back of everyone’s mind that’s how do you beat a physical beast like that? You know it’s a huge risk taking somebody like that to merge. For me it was a no brainer. I would put myself up there as a as a challenge contender for individual immunities to get rid of people like that. Chappies who would stand in my way for something like that.

The others probably might have felt differently. For people like Anela, Santoni and Amy it would have strengthened their bond. I don’t think he did it as a strategic play at all it helps his game in many ways with others.

What went through you mind when Nico uttered the dreaded words, “Drop your buffs”.

It’s so funny, as a as a super fan of the game, knowing that there was such an early tribe swap I knew there would be one coming up. I’d run the numbers and I had a view on when the merge would be and how that could work as a dynamic. It was now or never. I was expecting that tribe swap to happen at the reward challenge When it didn’t, I knew it was going to come at the immunity challenge. I was not a happy camper. I’d done so much work to recover from some of the early mistakes and a tribe swap put that into complete disarray. It’s not cool knowing that that it’s going to mix things up but it’s a part of what makes the game so great. You don’t want to linear game. You want a game that’s ever changing and you want people that are ever adapting. That’s what keeps the game amazing and interesting. 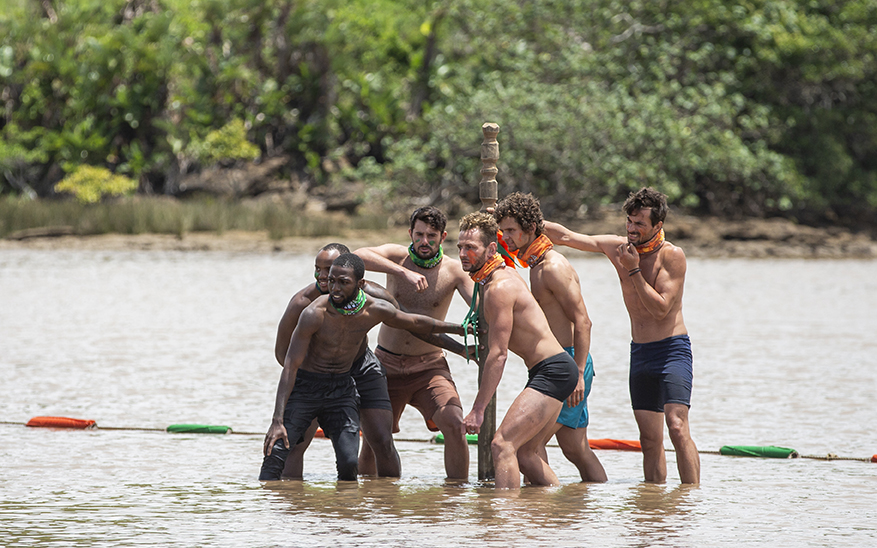 How did your strategy change after this tribe swap?

Interestingly, I was I was desperately trying to work with Kiran and Tyson and they kept at arm’s length because they believed they had a much better position in their alliance. So my strategy was to genuinely try bold relationships with Kiran and Tyson. Even if Tyson didn’t have the idol, I was going to try and work with them before the tribe swap.

Was it the swap that put the target on your back?

No, I had a target on my back from the first second of hitting the island. Having been recognised as a as a super fan and as a contributing member to the Survivor community, that target was firmly on my back from day one. That’s what made it very difficult for me to build proper alliances. I got on well with people but nobody wanted to be seen to be working closely with me because of the perceived threat I was. I carried that throughout regardless of the swap. All I can say now is stay tuned this game gets absolutely epic!