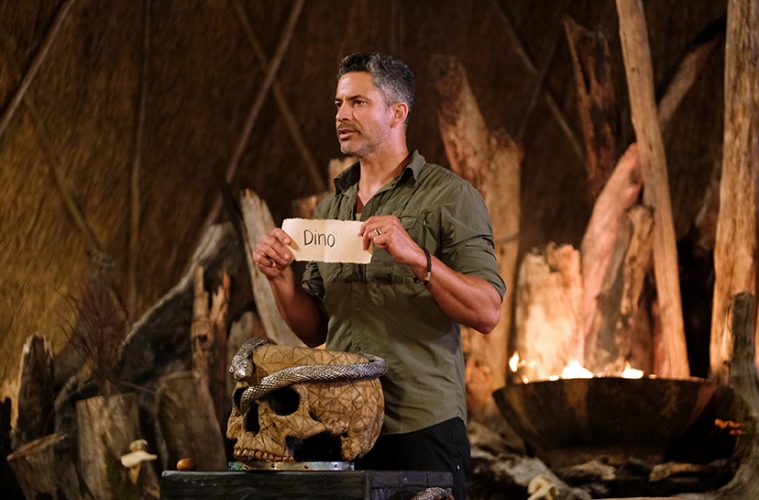 A third tribe shuffle, life-saving rescues, an act of kindness and abominable Wild Coast weather dominated Episode 6 of Survivor South Africa: Immunity Island, with the drama culminating in paranoid puzzle guru Dino becoming the seventh Castaway to be sent packing by his tribe.

Last week’s double Tribal Council had stirred up strong feelings at both tribes, with Zamba’s Shaun hoping his rant about the raided machete made Vuna feel guilty and Santoni finding a new nemesis in Wardah over the former’s role in sending her alliance mate Carla, home. At Vuna, Tyson was feeling like an outcast after having to play his Immunity Idol to save himself. 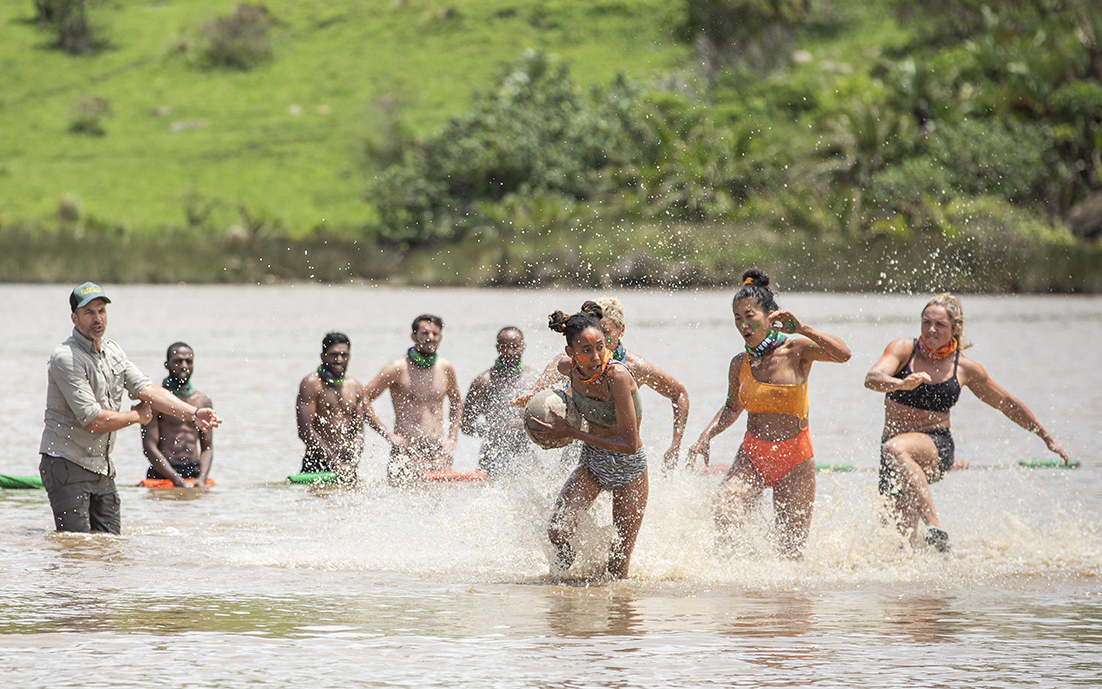 This week’s Reward Challenge promised tea, coffee, rusks and pastries for the winning tribe – an even more welcome reward with rain lashing the freezing Castaways as they prepared to dive into a turbulent river to retrieve puzzle pieces. The rough weather and strong currents soon had Anela and then Santoni in serious trouble for Zamba, with Chappies diving into the water twice to help both of them across to the shore. He also proved his commitment to his tribe as he returned to the water three times to retrieve extra puzzle pieces. While his heroics had his tribemates in tears of gratitude, they weren’t enough to stop Vuna from sweeping to victory. An offer to share the reward with Zamba led to more tears at Vuna as the Castaways returned to their respective camps to shelter from the dire weather.

A debate at Vuna over who to send across to Zamba with the food saw with an overly eager Dino’s offer vetoed by Anesu, in particular, with Marisha selected to make the trip instead. She duly delivered a selection of snacks and tea to Zamba, also returning the machete they’d claimed during their raid, to smooth things over. 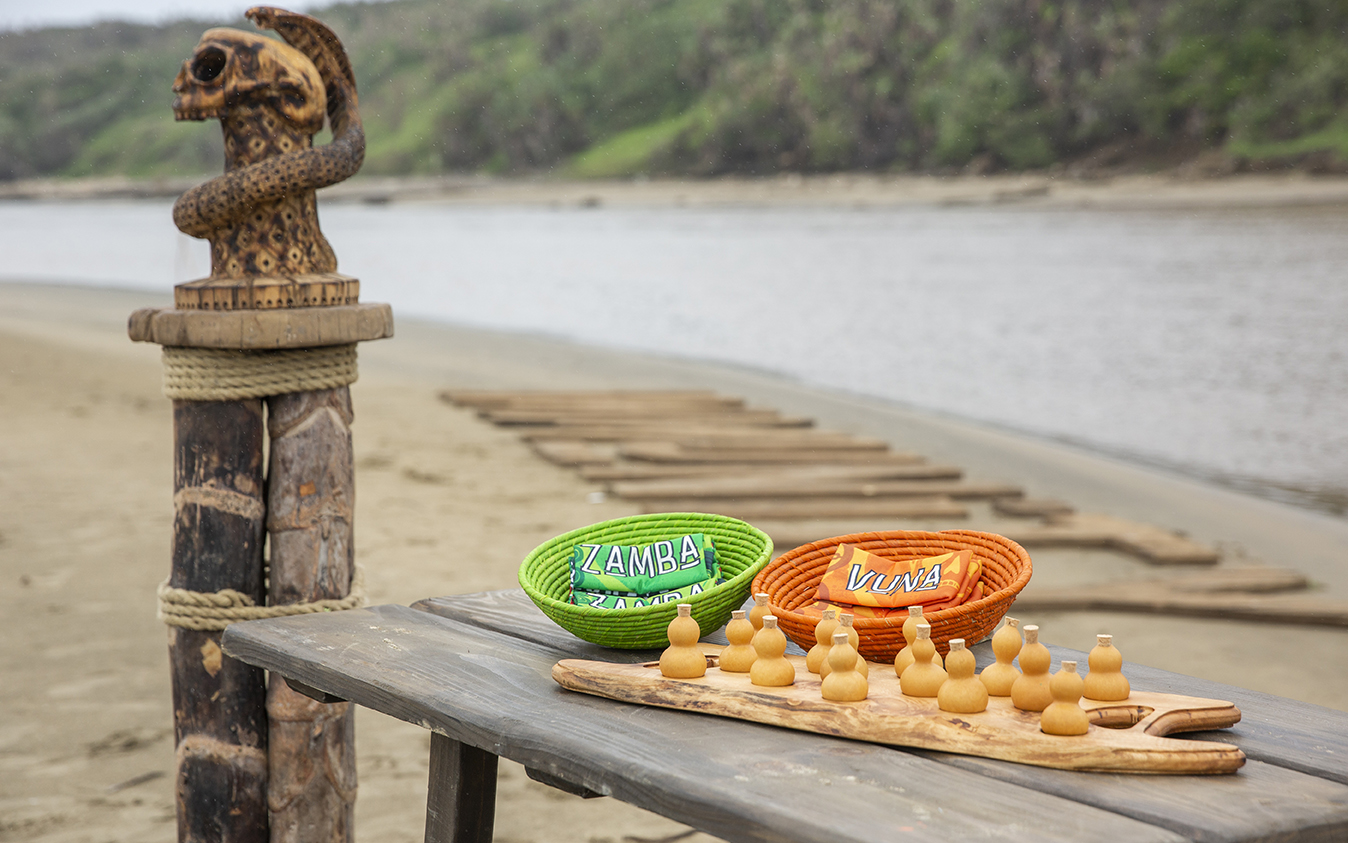 The Immunity Challenge kicked off with the three words from Nico that always throw the game into disarray: ‘drop your buffs’. Tyson, Kiran, Santoni, Wardah, Dino, Qiean and Anela all found green paint in their calabashes to form the new Zamba, while Renier, Amy, Marisha, Nicole, Shaun, Chappies and Anesu landed in orange Vuna. The shuffle reunited Renier, Amy, Marisha and Nicole from the original Zamba, while Tyson was grateful to retain alliance partner Kiran and Chappies was delighted to return ‘home’.

The Castaways tackled the challenge as new tribes, but old alliances shone through brightly as Renier and Anela shared information during their tussle. Despite the shuffle, Vuna triumphed again and duly sent Anela to Immunity Island. There, he opted to ‘stay & play’ but couldn’t beat the sands of time, securing immunity from the immediate vote but losing his right to vote at the next Tribal Council he participates in.

As the shuffled tribes returned to camp, Chappies celebrated his ‘homecoming’ to Vuna by running around and whooping with joy, before stripping down and diving into the ocean, while Renier and Amy marked the occasion by affirming their long-standing alliance. 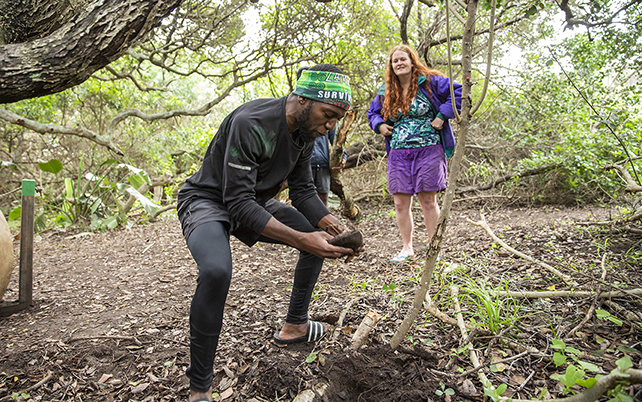 At Zamba, Santoni told Tyson she helped save him by relaying the clue to the Hidden Immunity Idol he subsequently found at Vuna. Thinking quickly, he applied the same knowledge at his new home and uncovered his second Hidden Immunity Idol of the game, right in front of Santoni – who couldn’t believe she hadn’t thought to do the same. Conversations hatched all over camp as Tyson and Kiran decided to go against their word and vote out ‘flip-flopping’ Santoni, before Tyson had a change of heart and – having weighed up the numbers ahead of a looming merge – decided that Dino should be the one to go. Feeling insecure despite assurances, Santoni revealed to Tyson and Kiran that she has an Idol. The trio set about trying to convince a riled-up Wardah to vote out Dino, but she was hesitant to take her eye off her list of targets.

Indeed, at Tribal Council, Wardah takes aim at Anela about the Carla vote, with a war of words ensuing as the rest of the tribe looked on, bemused. Santoni duly proved Dino’s statement that he has never had a plan, correct, as she played her Hidden Immunity Idol to nullify the two votes against her, with four against Dino’s name enough to send him home.

Survivor South Africa: Immunity Island is produced by Afrokaans. Don’t miss it with DStv Premium each Thursday at 19:30 on M-Net (DStv Channel 101) or on Catch Up. Visit the M-Net Website for exclusive show content and join the conversation on Twitter, Instagram and Facebook, using #SurvivorSA and #mnet101.