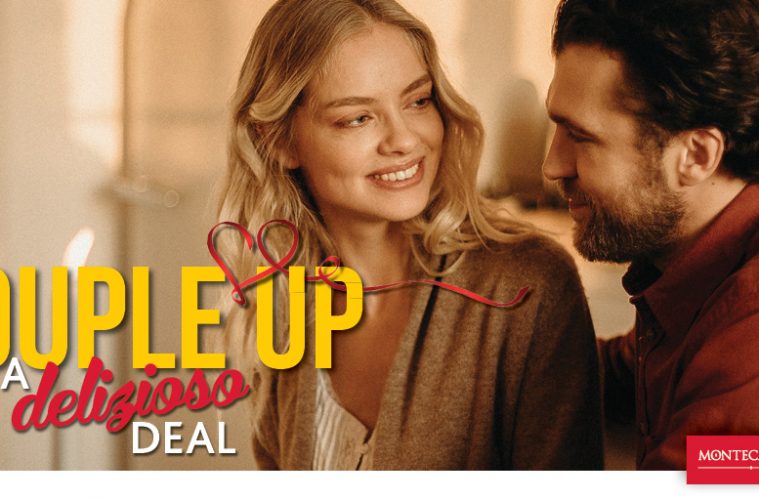 The Month of Love Just Got More Romantic at Montecasino

It’s the month of love, so why not treat your amore to an amazing outing at Joburg’s award-winning entertainment destination, Montecasino with their new and exciting COUPLE UP DEAL.

For just R259 per couple, Montecasino Rewards Cardholders can treat themselves and their significant other or best friend to an outing consisting of a meal at any one of the eight participating restaurants, the latest Hollywood release as well as two chances to win a sexy Ferrari California T! All this valued at R1,500 for just R259 for two! 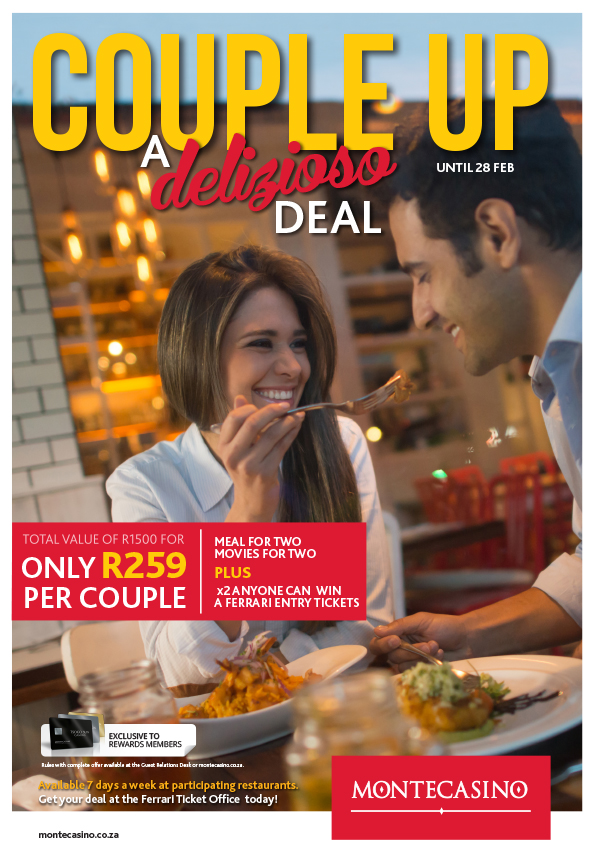 Not a Rewards member? Signup for free and buy your deal at the same time at Montecasino’s Ferrari Ticket office from 10h00 to 19h00 daily and can be found opposite Billy G Buffet Restaurant.

The deal gets better! When you buy your deal before the 13th of February, your deal could win a stay at our luxurious Palazzo Hotel on Saturday, 13 February which includes breakfast on Sunday morning, 14 February.

This deal is valid during the month of February 2021 only. Visit www.montecasino.co.za for more details and other great deals and or follow them on Facebook or Twitter to be the first to know on other happenings on the complex.