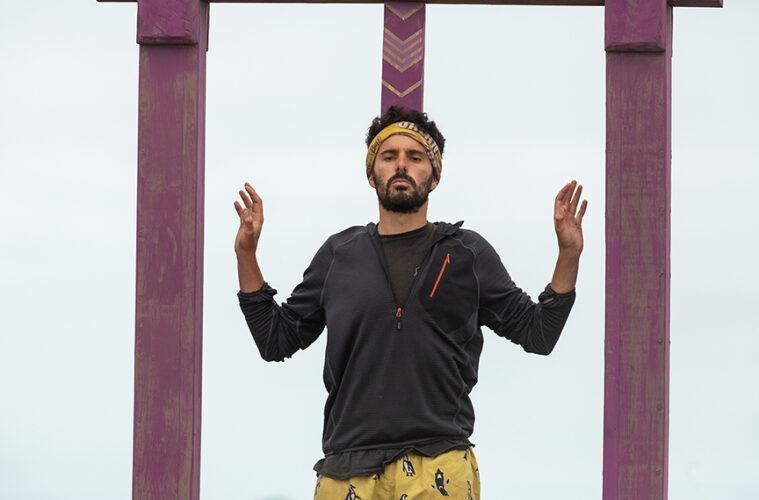 From Outcast to Survivor of all Survivors

The last time we chatted to season 8’s Dino Paulo, his torched was snuffed in just episode six of Survivor South Africa: Immunity Island, where he became the seventh Castaway to be sent packing.

Today he is the ultimate Survivor after 39 days of outwitting, outplaying and outlasting 20 former Castaways in the most challenging season yet.

From his previous Survivor experience, he learned to rely more on his game knowledge and instinct and to curb his paranoia. We sat down with Dino to chat about the sweet redemption of his Return of the Outcasts win. 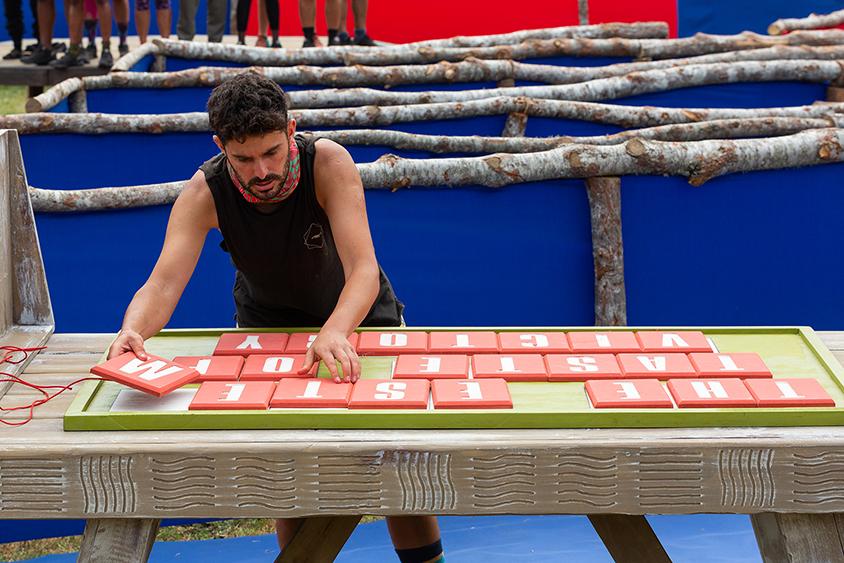 How does it feel to be the survivor of all survivors?

It feels absolutely surreal. The 11- or 12-year-old kid in me that fell in love with this game would be so proud. They would be so ecstatic and in absolute disbelief that this has happened. To be able to come back and not just redeem myself but to take down the season of all seasons is such a privilege. I’m super proud and I’m just feeling so grateful.

What sparked the flame that wanted you to part of Survivor?

When I first watched Survivor Borneo, I really loved the idea of the survival elements but the challenges were so cool. I’m a sporty active guy that’s always loved games and competition. I’m highly competitive so that really struck a chord with me. As I got older, I started understanding a bit more of the social and strategic game so my love for the game kind of evolved. Fast forward and that love is still there as are challenges so I get to have fun and apply the social strategy side. It started when I was young and I maintained my love for the game throughout and now I get to live the dream. It’s crazy! 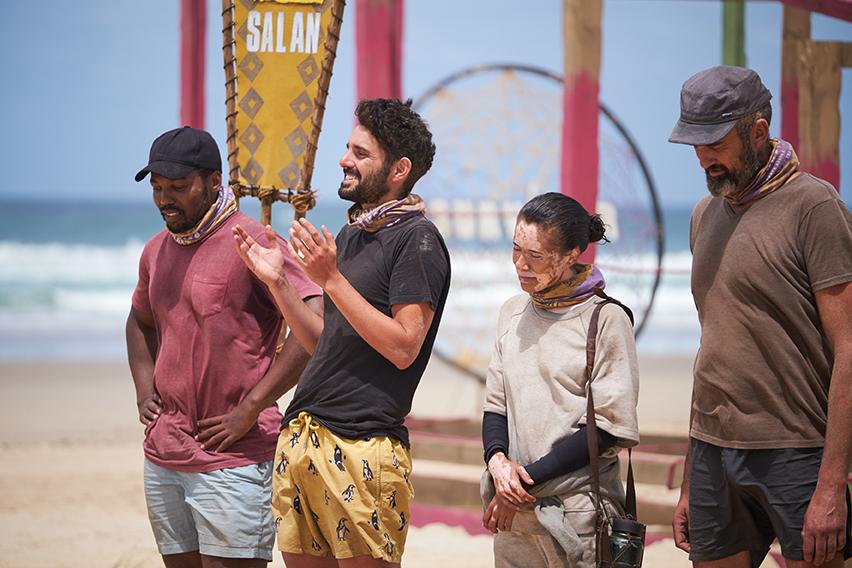 What made you decide to be a returning outcast?

It was an absolute no brainer for me. To play this game once is a privilege. To then be asked to return and play again is an honour. Even though I had a bit of self-doubt that crept in, it was an absolute no brainer because I do love the game. It’s such a gift and there’s so much that you take away from it. The prospect of being a part of such a great season was hugely attractive.

What do you think you did differently this season that led to you being in the final two?

I think I had an understanding of my character so having the experience of the first time and understanding how I responded to those conditions. I didn’t try and change who I was. I tried to understand who I was and lean into those things. Some of those things would be strengths and some weaknesses. I know that I’m quite a sociable person and then I get on with people easily. I’m super easy going so I was going to use that and my levels of empathy to drive my social bonds with people. I’m also aware that I come across as quite skittish and paranoid and I have a weird, scared look on my face all the time. That can be off-putting to people so I thought how I use that in a way that’s useful. Something that was my demise last time, I turned into a safety mechanism. Where people had appealed to people for safety and if they thought that that they were keeping me safe, I’d be of more value to them and I drive their game forward. So, I tried to just understand who I was because you can absolutely not change yourself the game exposes who you. I think that was the biggest change and that let me build the social bonds that I needed to navigate the game. 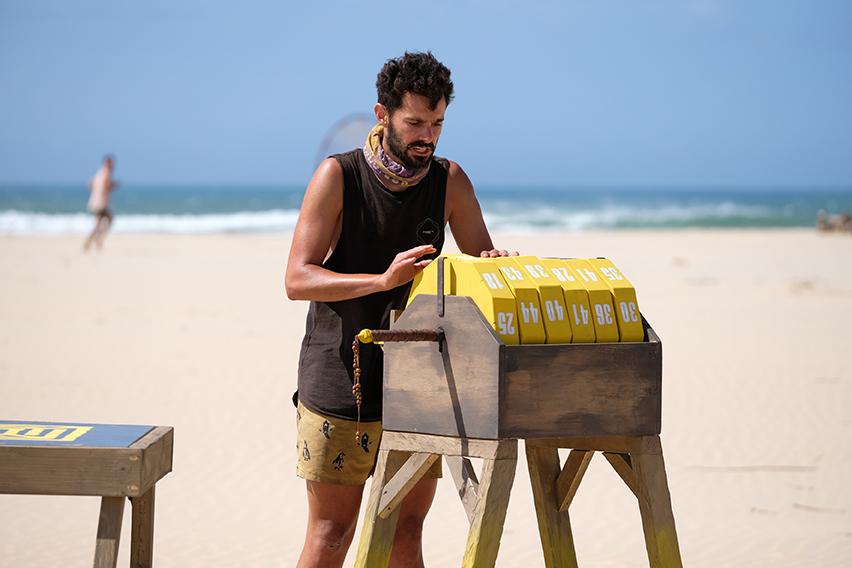 Was having played the game recently of any advantage?

Yes and no. Playing recently was actually super super tough. If you look at like Thoriso, Pinty and Chappies, a bit of the recency bias came at them in a way. Coming back so soon after playing, the emotions were still strong and you haven’t even necessarily fully processed everything. The first couple of days in the game I was a bit overwhelmed and detached. My head was an absolute mess the first few days because I returned but there is an element in terms of the experience knowing where the game is at that that can make it work for you. It can go either way and it depends on what you make of it.

You had quite a fiery moment early in the game. Did that change your game play at all?

It was tough because I carried a level of threat in peoples’ minds because they saw me as a puzzle threat but overall, I was fairly decent challenges. The issue with falling into the fire was there was a skillset that I could apply to the tribe to keep them safe and challenges. I was a big part the challenge wins and then couldn’t apply that and keep us safe. That weighed on my mind however what I did really well early in the game is form really good social bonds and I played well socially. Those social vines is what kept me safe earlier on so that fiery moment could have actually had a devastating impact on my game but that was mitigated by really good social gameplay. 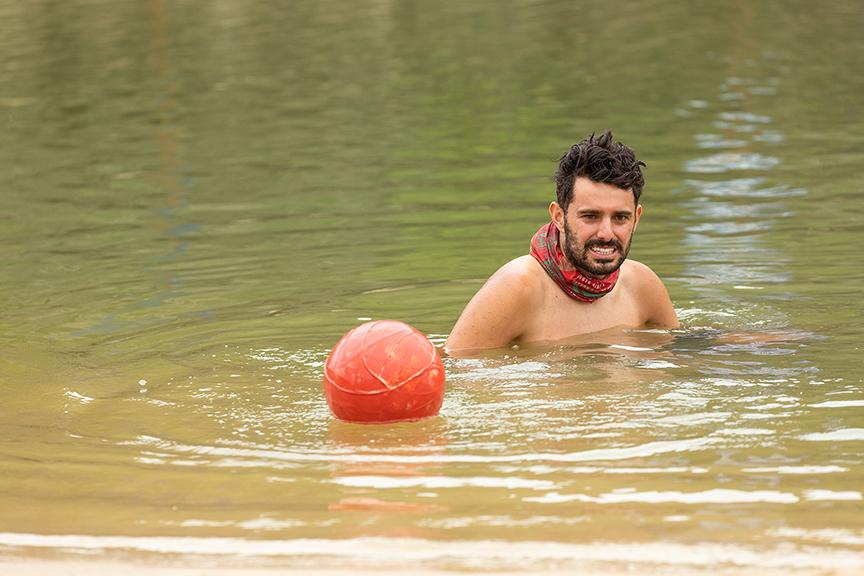 The votes were quite a landslide. Whose vote surprised you most at the final Tribal Council and why?

I actually knew that I would get Dante’s vote. People were thinking that he’d never vote for me but there was a mutual respect between us so I wasn’t I wasn’t surprised at all. I was surprised that I was able to win Tejan’s vote. I knew that he and Killarney were the two people that I was going have to fight the hardest for their votes. Killarney I was surprised about for a number of reasons but we are super good friends today. Going into Tribal, I thought Steffi was going to vote for me but after her whole head versus heart speech, I was on the fence with her.

Having played the ultimate game twice what advice do you have for aspiring castaways?

The biggest thing for me I learned this in season 8. We all want to go out there like this impact, survive, get to the end and win the game or at least get to jury. The game the game doesn’t guarantee you a thing though. Your torch can be snuffed at any second. For me it’s to go out there and play whatever game it is that you want to play. However, I encourage you to make the most of absolutely every single second because the game can come to an end at any second. Just make the most of your experience because it’s for a limited time. Even if you make 39 days, it’s still just a limited time and then it’s a memory. Live in the game, be present and just enjoy it for what it is for as long as you possibly can because it is so much fun.

The game will only give you as much as you give the game. You have got to give of yourself. If you don’t give of yourself, you’re not going to reap the rewards at the game has to offer. 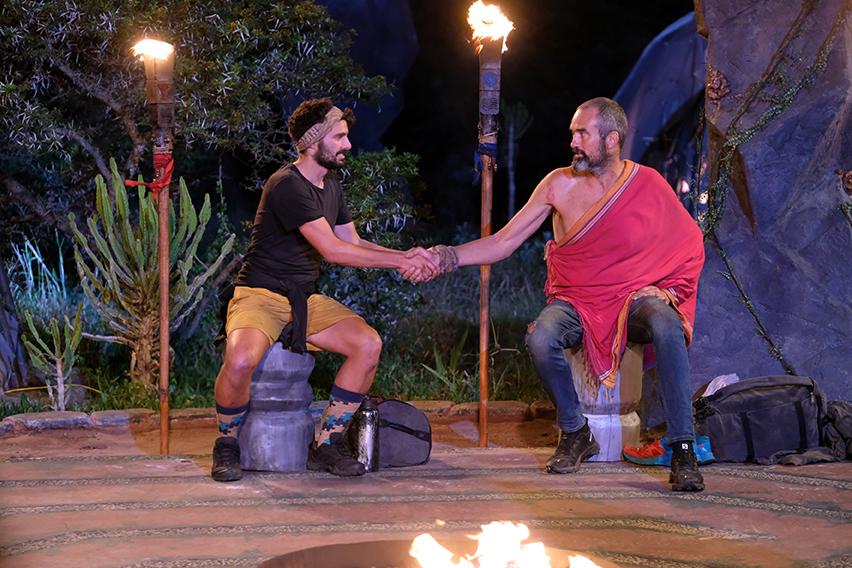 There’s an omnibus broadcast of Survivor South Africa: Return of the Outcasts on M-Net on Saturday, 15:30-19:30 and, of course, every episode is available on DStv CatchUp. For more about Survivor South Africa, visit the official website or follow us on Facebook, Twitter and Instagram.