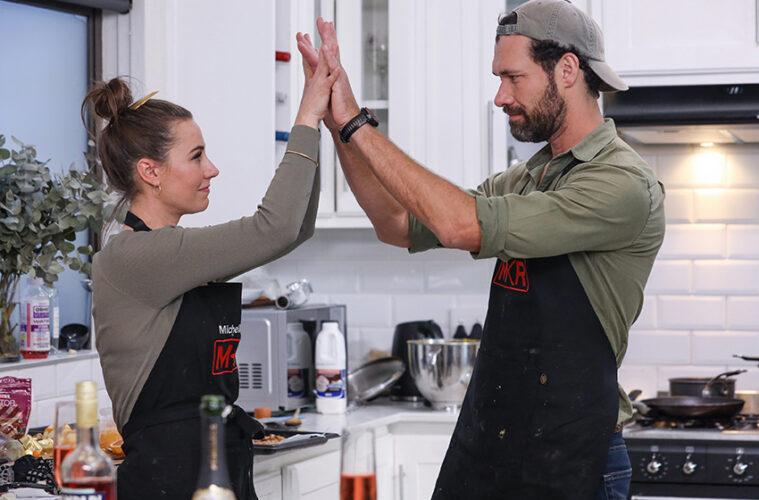 Pretoria-based besties Abraham & Michelle smashed a My Kitchen Rules SA record by securing a highest-ever score of 82/100 this week to top the Group 2 leader board – and eliminate sisters Tšepang & Refilwe from the competition.

They join fellow Group 2 contestants Kirsten & Detlev; Shaeem & Mas-ud and Tim & Shereez and Group 1’s Jessica & Nicole; Martin & Eddie; Larcé & Jabu and Azraa & Waven in the Challenge Round next week, where one duo will be eliminated at the end of the challenge.

Naming their Instant Restaurant ‘The Month of May’ to celebrate the month they met, Abraham & Michelle aimed to serve a three-course meal that paid tribute to their heritage – with a fine-dining twist. They served up a starter of Biltong Soup with a Biltong ‘Broodjie’ (Toastie) & Crispy Onions, main course of Bobotie Short Rib and dessert of ‘Pampoenkoekies’ (Pumpkin Fritters) with Pecan Nut Praline & Cinnamon Ice Cream. 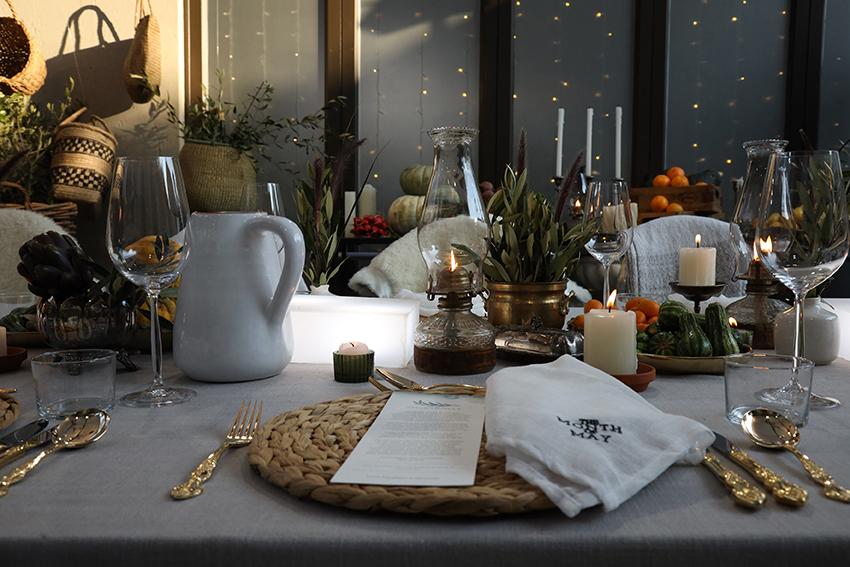 Their cook got off to a frantic start with Abraham feeling the pressure from an uncooperative pressure cooker. The rest of the contestants arrived in full glamour mode, ready for a celebration and judges David Higgs & J’Something couldn’t believe they were about to enter the final Instant Restaurant but were excited to see the competition really heating up.

After struggling to balance the saltiness of their Biltong Soup, Abraham & Michelle eventually decided to simply go ahead and serve it as-is. David thought it delivered on the experience with beautiful flavours and presentation, but was concerned that they hadn’t paid attention to every element of the dish – pointing out that a finishing touch like a pinch of lemon zest would have made all the difference. J’Something said the first spoon of the soup would remain in his mind forever and – despite his initial misgivings – they’d won him over. The flavours drove the contestants to alliteration, with biltong soup newbie Shereez calling it ‘delicious’; Shaeem ‘delightful’ and Mas-ud ‘deluxe’ – but Kirsten wasn’t sure she’d order it again. 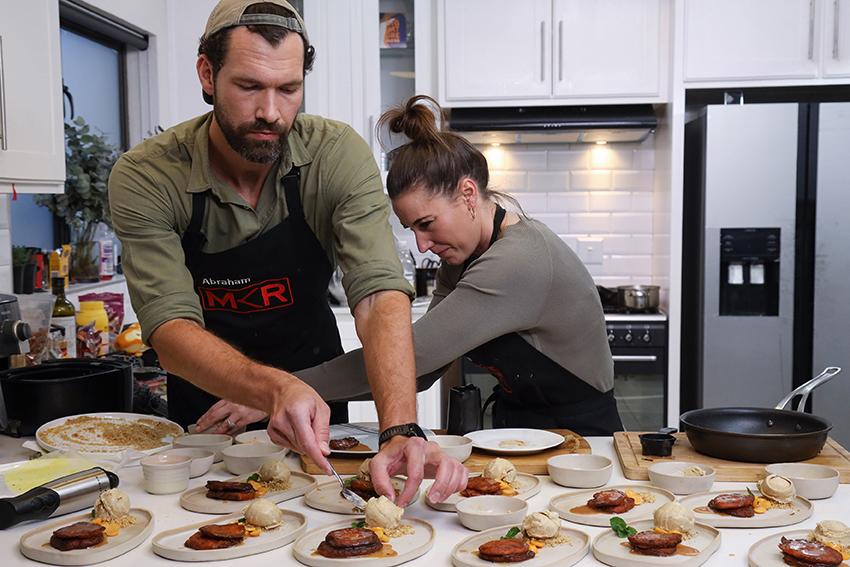 The deconstructed Bobotie Short Rib main divided the judges’ opinions, though they concurred that the dish packed plenty of flavour punch. David said that if he closed his eyes, he imagined he was eating a traditional bobotie and praised them for putting out a dish that a professional kitchen would struggle to pull together. J’Something said the dish hadn’t been what he was expecting and hadn’t delivered on a true bobotie experience. Refilwe pointed out how the meat was falling off the bone as Tšepang savoured every bite with her eyes closed. Kirsten said she’d give them 10/10 for the cooking of the short rib – but Shaeem felt short-changed as his gravy boat contained more oil than gravy.

Buoyed by the judges’ feedback, the duo headed back to the kitchen to prepare the final Instant Restaurant dish of the season. When they delivered their Pampoenkoekies, David felt the ratio of pumpkin to cinnamon ice cream was off, but proclaimed their ice cream ‘damn near perfect’. J’Something said they’d got the dish ‘bang on’ from a textural perspective and that the flavour was memorable, with plenty of love – what he called ‘one of the greatest flavours there is’ – in each element. Tšepang declared it ‘stunning’, Shereez ‘absolutely incredible’ and Detlev enjoyed it until he found that his second Pampoenkoekie had been badly burnt on one side. 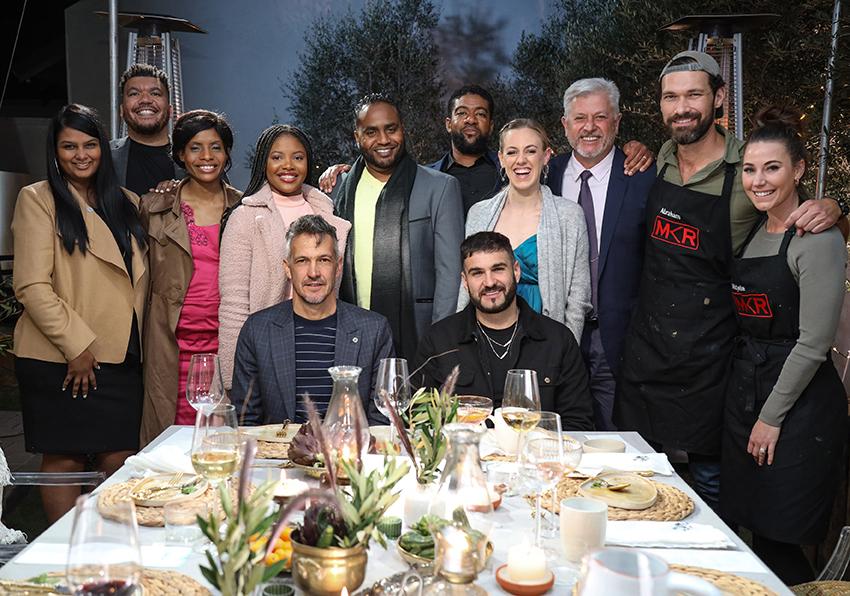 Kirsten & Detlev; Tim & Shereez and Tšepang & Refilwe each scored Abraham & Michelle’s meal 8/10, while Shaeem & Mas-ud gave them a 7, for a total of 31/40. The writing was on the wall for Tšepang & Refilwe as their entire total was only 22 points higher than that – but, to their credit, they’d awarded a high score where it was due, rather than resorting to ‘strategic scoring’ in an attempt to stay in the competition.

David subsequently scored the three courses 8, 8 and 9, with J’Something wowed enough by the dessert to score it a perfect 10, alongside a 9 for the starter and 7 for the main course, bringing their combined total to a record-breaking 82/100. That put them 6 points clear of second-placed Kirsten & Detlev – and consigned Tšepang & Refilwe to elimination.

The Challenge Phase of My Kitchen Rules SA kicks off next week, with the judges promising the contestants a whole new level of competition as the eight remaining teams battle for the attention of surfers and swimmers – and a spot in the next round – at beachfront food stalls.