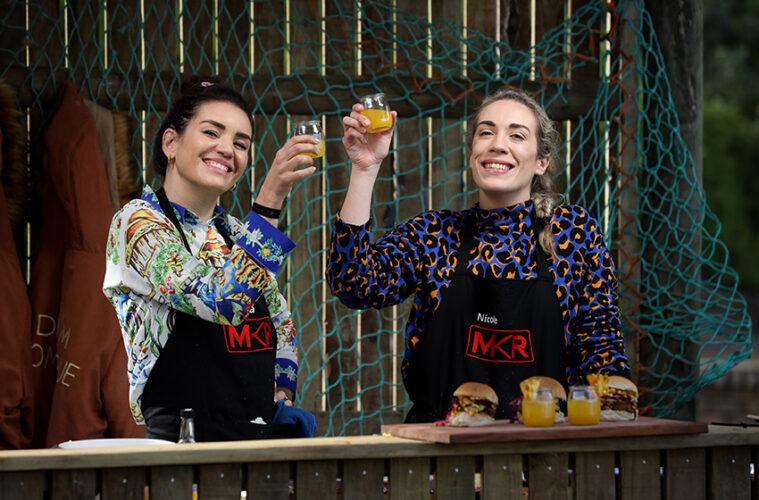 The Group 1 and Group 2 contestants came together for the first time this season, on the beach in Victoria Bay on the glamorous Garden Route – the setting for this season’s Challenge Phase and the next step in their bid to win R1 million. Their task from judges David Higgs and J’Something was to conceptualise and deliver a combination of delicious, nutritious burgers and healthy drinks for a crowd of 40 local surfers and National Sea Rescue Institute (NSRI) volunteers who spent their morning in the ocean while the duos cooked. The result was decided by a ‘People’s Choice’ vote by the hungry horde, with the winners picking up a R15 000 cash prize from sponsors Sensodyne – and the least-favourite burger earning the bottom-placed duo a one-way ticket home. 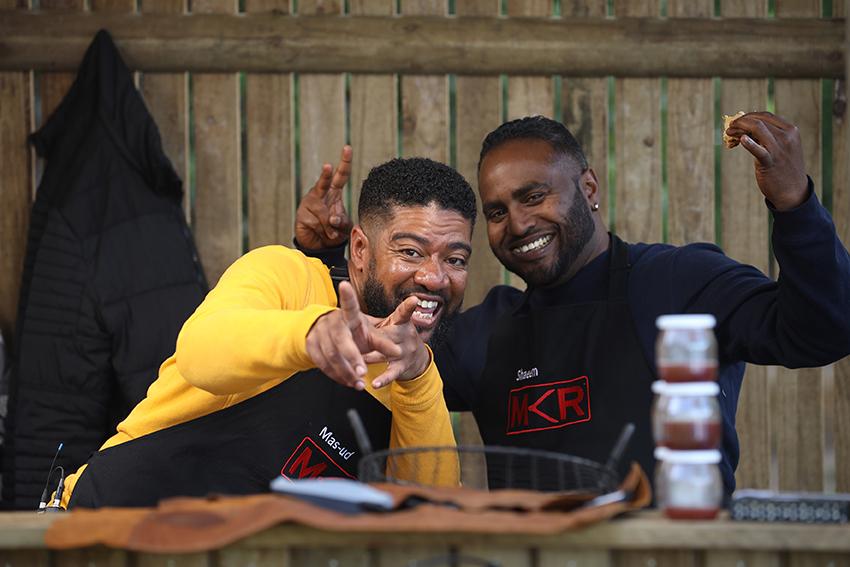 The duos quickly conceptualised their menus and set about delivering:

David and J’Something were happy with the way things were shaping up, though they were concerned about how Jessica & Nicole were going to bind their veggie burger and whether Abraham & Michelle would be able to keep their ostrich burger moist enough, while Tim & Shereez had a debate about how much chilli to add to their condiments. 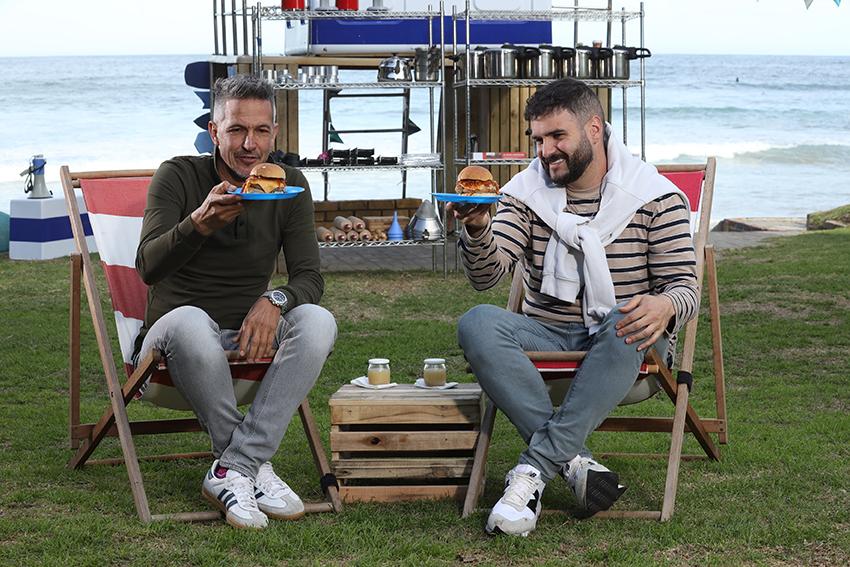 While the surfers and NSRI volunteers fell upon the burgers and drinks after a lengthy session in the ocean, David and J’Something tested each combination. They flagged both Kirsten & Detlev and Abraham & Michelle’s burger patties as slightly dry; found Larcé & Jabu’s messy but inviting; thought Martin & Eddie’s combination was the best match and, while David enjoyed the spiciness of Shaeem & Mas-ud’s tikka burger and the flavour of their drink, J’Something said the drink wasn’t one of his favourites.

Once the votes were tallied, Shaeem & Mas-ud were named as the winners of the challenge – and the R15 000 cash prize – but Abraham & Michelle, Kirsten & Detlev and Tim & Shereez all found themselves in danger of elimination. Ultimately, the duo who had garnered the least ‘People’s Choice’ votes was Kirsten & Detlev, who shed a few tears when saying goodbye and thanked everyone for the ‘once-in-a-lifetime’ opportunity.

Next week, the seven remaining teams will be cooking for votes – and survival in the competition – at one of the country’s most famous organic markets, for a discerning crowd.