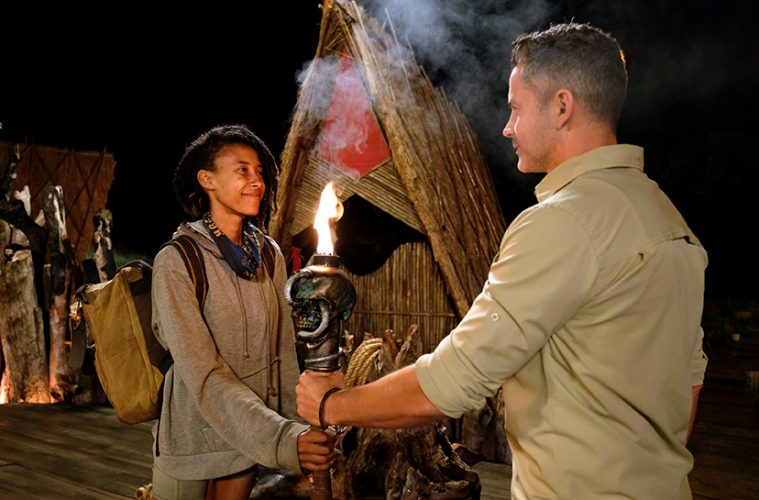 Anesu ‘Smashed’ by the Three-Headed Snake

Sometimes you’re thrown under the bus, sometimes you’re driving the bus – and sometimes you don’t see the bus coming. Vegan Lifestyle Entrepreneur Anesu fell in the latter category on this week’s episode of Survivor South Africa: Immunity Island as she departed the game without playing the Tribal Council Pass which would have saved her and seen powerhouse Tyson depart the game, in her place.

Sensing the chance to drive a wedge between the majority alliance members, Anesu had attempted to put Operation Destiny into operation, looking to split up the power  trio of Tyson, Wardah and Kiran, starting by blindsiding Tyson. 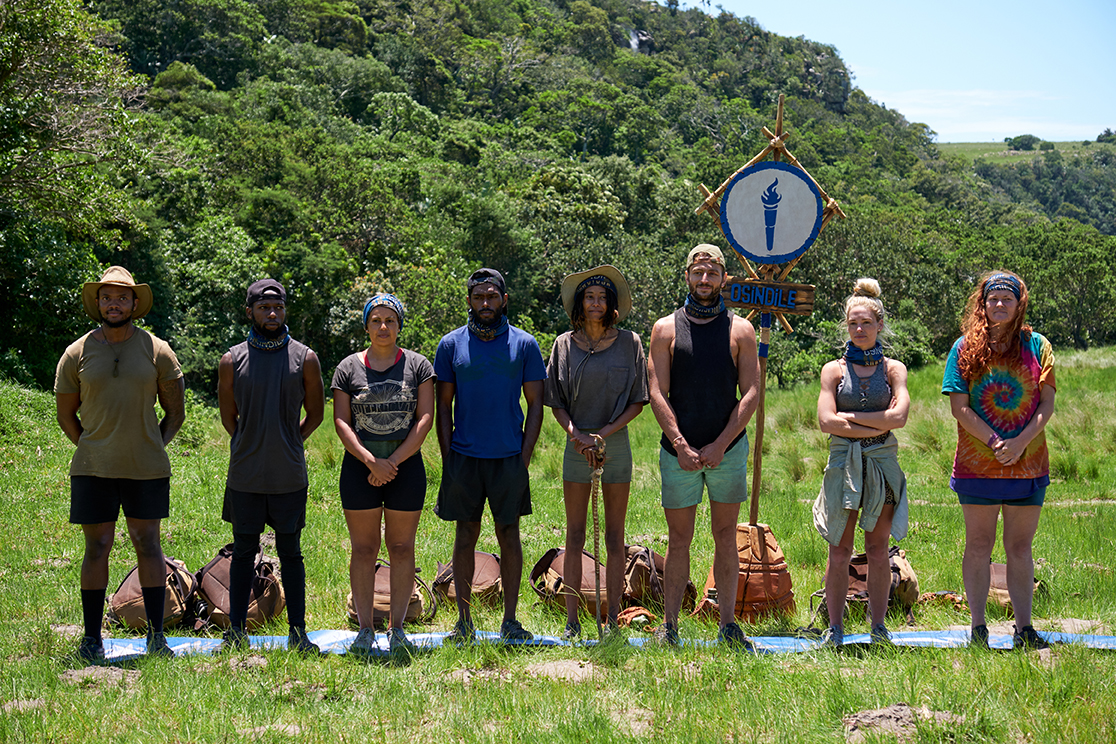 At the Reward Challenge, the Castaways were split into two teams by a schoolyard pick and played for a chance to drive the new Mahindra Thar to an idyllic location and enjoy a braai with all the trimmings. The pick pitted Wardah; Tyson; Nicole and Chappies against Kiran; Anesu; Anela and Santoni for the Reward, with the first group taking a narrow victory – enraging Santoni in the process when Tyson chose her nemesis, Nicole, over her.

The power trio set about making Nicole feel welcomed as part of the group at the braai, as the foursome were surprised – and moved to tears – by their letters from home. Meanwhile, back at Osindile camp, Anesu took advantage of Santoni’s anger to try to sell a Tyson blindside to her. Encouraged by being included, Santoni suggested that that they use Anela and Nicole’s fear of going home to bring them on board. Having seemingly won Santoni over, Anesu put her plan to Anela and seemed to win him over, too. 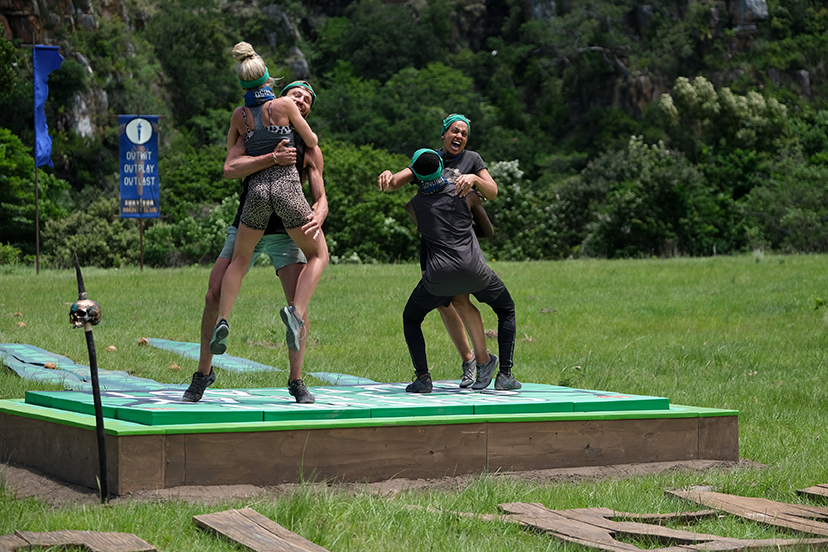 Sensing that something was in the air, Kiran and Tyson canvassed Anela, promising him a position in the Final 3 if he could help them engineer Anesu’s departure. Balancing the outcomes, Anela’s thinking was that sticking with them may endear him to the Jury, which might benefit him if he made it to the Final 2. 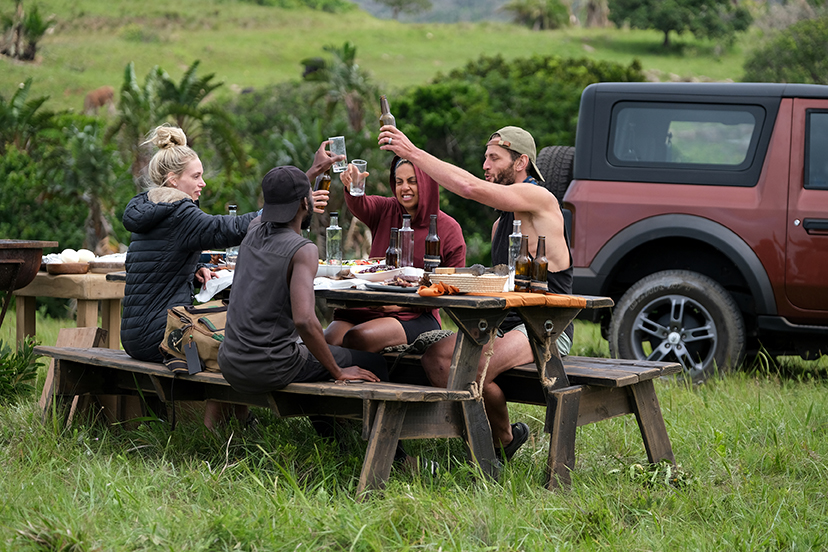 Faced with the decision to compete for Individual Immunity in an aquatic race or sit out and enjoy giant bowls of spaghetti bolognese, the biggest sit-out in Survivor South Africa history saw only Chappies and Nicole competing for the necklace. Though things stared out quite tight, with Nicole matching ‘Aquaman’ over the first two rounds, she soon started to fade. With one ring left to place, Chappies sportingly delayed doing so, so that the rest of the Castaways could enjoy as much of their meal as possible. Just as Nicole reached out to place her final ring, he dropped his, securing Individual Immunity and winning thanks from the rest of Osindile.

Chappies duly sent Santoni to Immunity Island, where she stayed and played in the hope of securing a Fire Idol – which would force two Castaways at Tribal Council to make fire for their lives in the game – and to secure a chance to look for the Hidden Immunity Idol. She came close to completing the game before the sands of time ran out, but then spent her time seeking – and finding – the Hidden Immunity Idol, with her own fate at Tribal Council, secure.

Back at Osindile, Chappies brought Nicole into the Tyson blindside and tasked her with finding out whose name notorious flip-flopper Anela would be writing down. With Kiran still spooked despite the plan being to vote for Anela, his suspicion that Santoni would find and play the Idol for Anela, in the hope of voting out one of himself, Tyson or Wardah, he changed tack. Setting his sights on Anesu, he changed things up by reassuring Anela that Wardah would be voted out within the next three Tribal Councils. He then told Wardah about the Anesu vote, getting her excited about starting to cannibalise the original Vuna alliance. 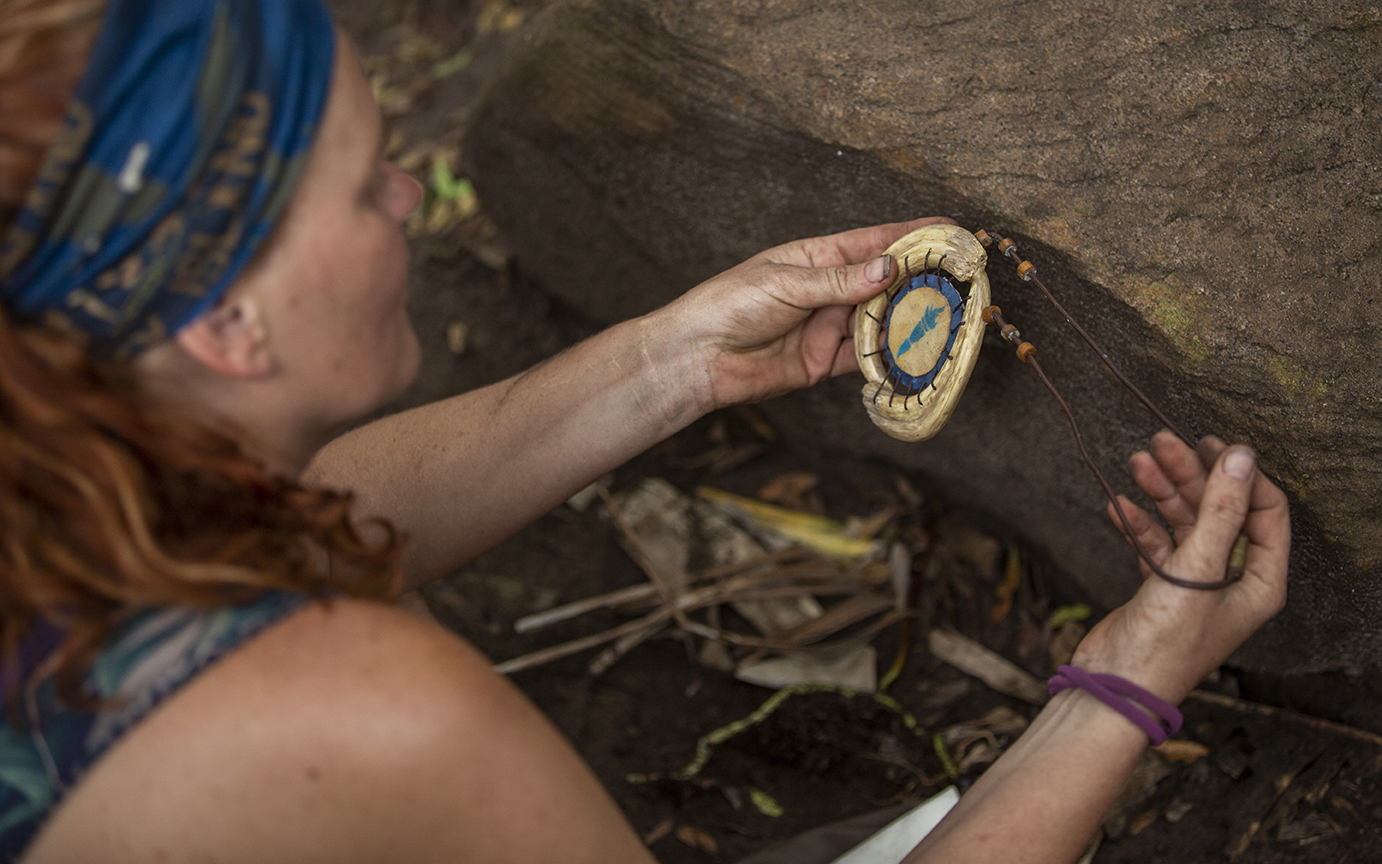 Anesu reassured Nicole and asked her to persuade Anela that voting out Tyson would be in their best interests, rather than losing Anesu. His feeling was that the priority was keeping the vote off himself and Nicole, because he owed her for winning him Immunity last week when their destinies were tied.

Those moves meant that Anela and Nicole would be the swing votes at Tribal Council, with Anesu’s plan unwittingly pitted against Kiran’s. She had warned that she would play her Tribal Council Pass at the first sniff of danger, but didn’t see the bus coming – nor did Santoni play the Hidden Immunity Idol – and became the 5th member of this season’s Jury. Her parting shot was to secretly hand over her unused Tribal Council Pass to Chappies as he swore to exact revenge on her behalf.