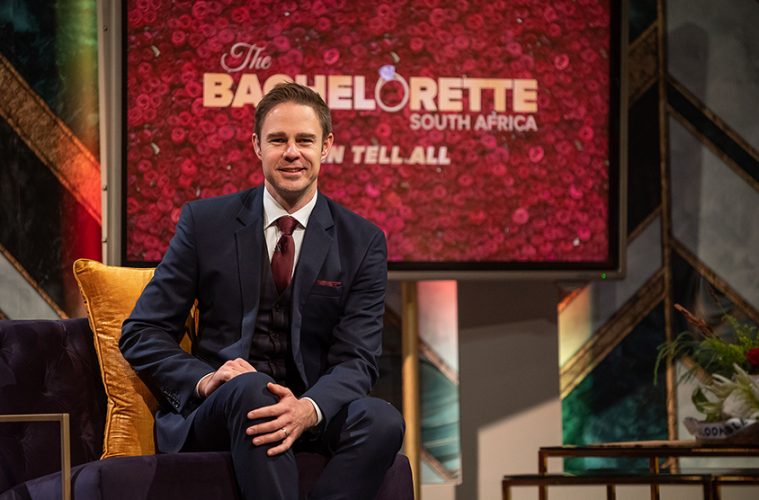 Apologies, accusations, confrontation, bromances and rivalries on The Bachelorette SA Men Tell All

On a riveting and revealing the Bachelorette South Africa Men Tell All, the big characters from the season bared it all. The charming and charismatic host Jason Greer led the proceedings of a very special and intimate episode that saw the men confront each other and face Qiniso for the first time after leaving the mansion.

The men got straight into it as they spoke about everything from their red carpet moments to the group dates and antics. There were many hard questions asked as they confronted each other about their motives, their expectations, disappointments, and regrets.

The gentlemen in the Men Tell All, who lit up South Africa with their moments, were Vuyani, Franco, Kyran, Aviwe, Ruan, Lunga, Peter, Dylan, Craig, and Cameron. In a mansion filled with men all looking to win the heart of one woman, bromances formed and egos clashed. Qiiniso then met with them to answer their big questions: could they have done more, and did some of them feel led on?

Here are some of the highlights from the Men Tell All 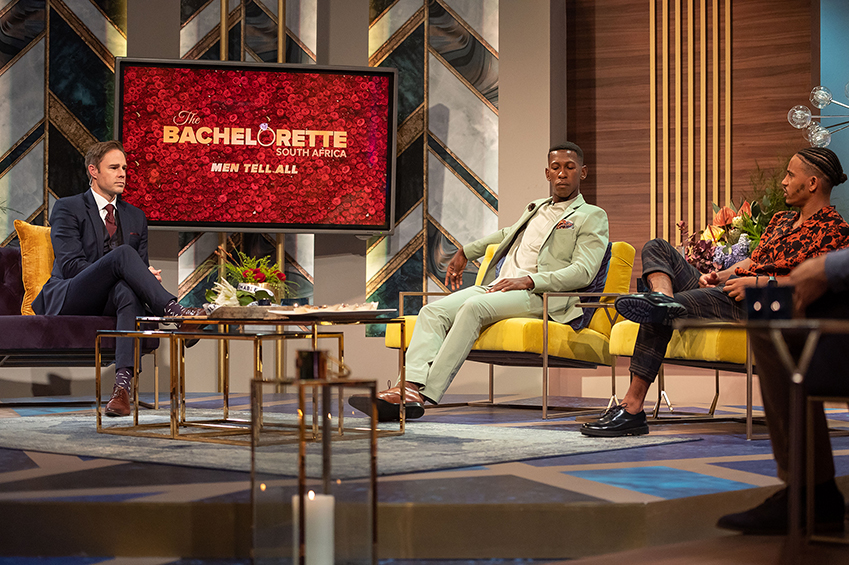 The men opened up about how they felt on that red carpet. There were many nervous men; Craig went through a lot of emotions and had some insecurity, Lunga said the limo driver almost had to force him out, and Ruan had planned to give Qiniso a smouldering look, but as he exited the limo, that all faded away.

Vuyani learnt not to underestimate anyone as he did not think much of Ruan, only for The Bachelorette’s “King of the North,” Ruan, to get the first impression rose.

Platter, interruptions, and failed plans: Craig’s antics in the mansion 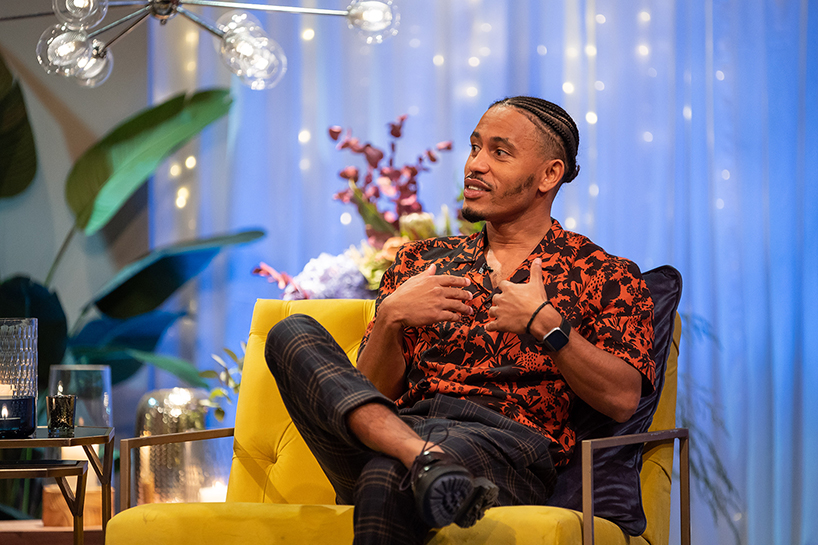 Craig was thrust into the limelight once again as he tried to explain himself and his actions. Having arrived, he felt a little intimidated as everyone had made their groups and plans, so he decided to do his own thing. Vuyani said that he was now okay with Craig interrupting him with the fruit platter, but Lunga was irritated with him as he interrupted him and Qiniso’s game of cards as they were talking about the Nelson Mandela Foundation.

Jason brings up the bro code; you didn’t want to jeopardise anyone in a vulnerable position, and you didn’t want to interrupt anyone’s conversation at the wrong point. This is something that triggered Franco as he lashed out at Craig for trying to interfere with his plans for an improvised one-on-one date with Qiniso. Franco said he had told everyone about his plans, but Craig, Ruan, and Kyran all admitted that they had no idea of his plan. Franco was clearly still bitter about Craig’s actions. In a hilarious gesture, Craig offered everyone a platter.

Why so serious Peter? 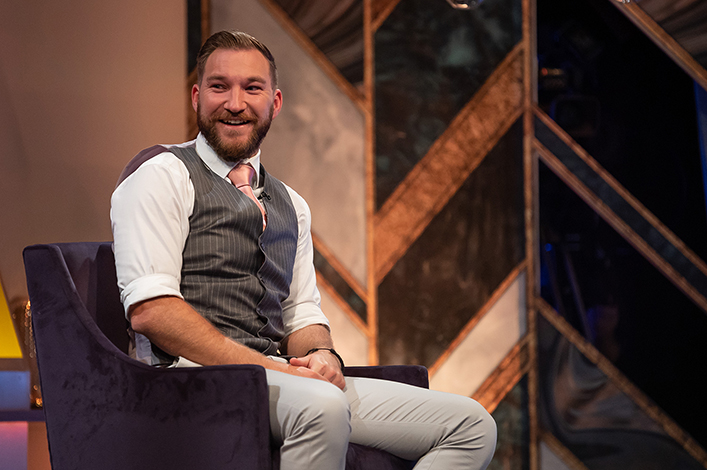 Peter started by stating how he thought some of the guys were not as serious about the processes as he was. Franco and Peter confronted Dylan and Cameron about jumping in the pool. Franco thought that Dylan was genuine but thought Cameron was playing the game. Peter then tried to call out Cameron as well as the tension in the room was turned up.

Strategy was a big part of the show, and the men spoke about what they thought about it. Ruan spoke about how it was harder with more men in the mansion, but it got easier as it went along.

Franco elaborated on his comments about there be five actors and four real people; he thought Dylan and Cameron were genuine enough, but he thought that Peter was very different on and off the camera. He laid into Peter by saying, “ I think you were acting about your feelings towards Qiniso because, firstly, if you knew her for fourteen years, you’d try and pronounce her name properly.” This was a statement that brought a lot of awkward reactions from the other men.

Vuyani and Peter spoke about their friendship and the moment it was tested. Vuyani said that at the end of the day, it was an honest answer at the time, but Peter holds no grudge against Vuyani.

Love was in the air 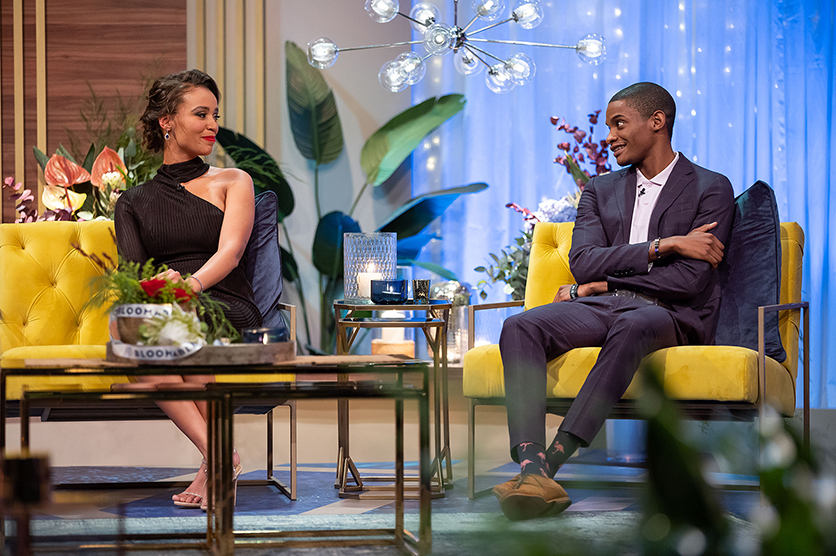 If there was one person that wore his heart on his sleeve was Aviwe. And he went on to talk about his amazing bracelet from Qiniso, something Peter admitted to being jealous of. Peter revealed that he found love, as he has a serious girlfriend and they live together with his dog Dexter the Destroyer. 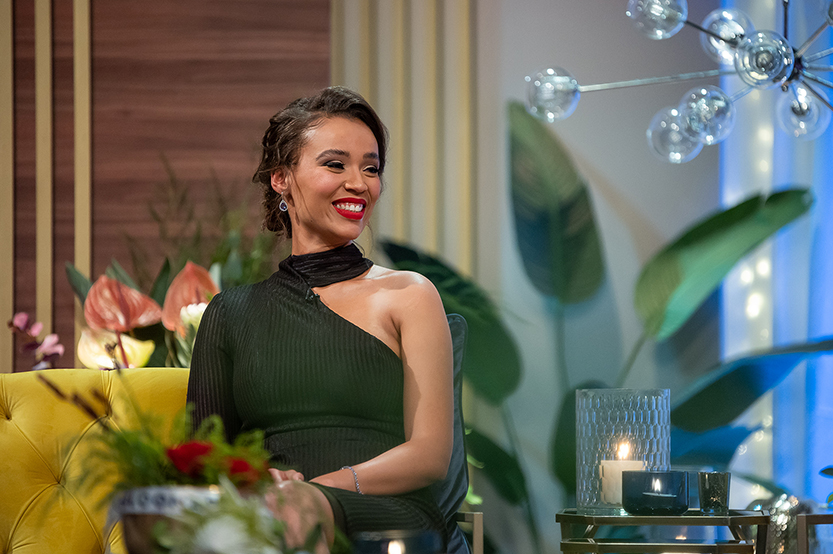 The lovely and fierce Bachelorette South Africa Qiniso joined the gentlemen and was ready for all their questions, and there were many.

Ruan said that Qiniso might have put him back in his shell as it was stressful being around her a lot. They both acknowledged how they had an amazing sense of humour. Ruan then opened up about why he pulled away as he realised that someone else suited her better than he did.

Craig had another surprise on the night, as South Africa discovered that he and Qiniso might have been related. It was something that affected him, but that wasn’t the reason she sent him home. She sent him home due to the way he wooed her.

Lunga tried to also clear up his comments to Qiniso, as she did not like being compared to other women. He also wanted to tell her that she wasn’t telling her to shut up. She told him that he hopes he learnt a lesson on patriarchy.

She then went on to speak to Perter and Vuyani. Qiniso also then told Peter that she saw that he had not progressed past their childhood friendship. Peter revealed that he is in a relationship, and Qiniso was genuinely happy for him. In terms of Vuyani, Qiniso revealed that she did not let him go because of his religious beliefs but that she went with her gut.

Qiniso then talks about Keelan and his exit. She does not regret telling Keelan that he was a coward when he left. Dylan then spoke out about his exit and how he didn’t know how he felt. He then went on to defend Keelan by saying that he was brave for acknowledging his indecisiveness. Franco thought that they were taking the spots of other men that wanted to be in the mansion.

Qiniso spoke very highly of Aviwe and how amazing he was. She respected his bravery but could not lead him on cause she wasn’t in the same place. Cameron and Qiniso then spoke about trust. It was a conversation that got a little tense as he felt that there was a miscommunication.

It was an entertaining night filled with laughs, tension, closure, and love in the first Bachelorette South Africa Men Tell All, as the men confronted each other and Qiniso answered some of their pressing questions.