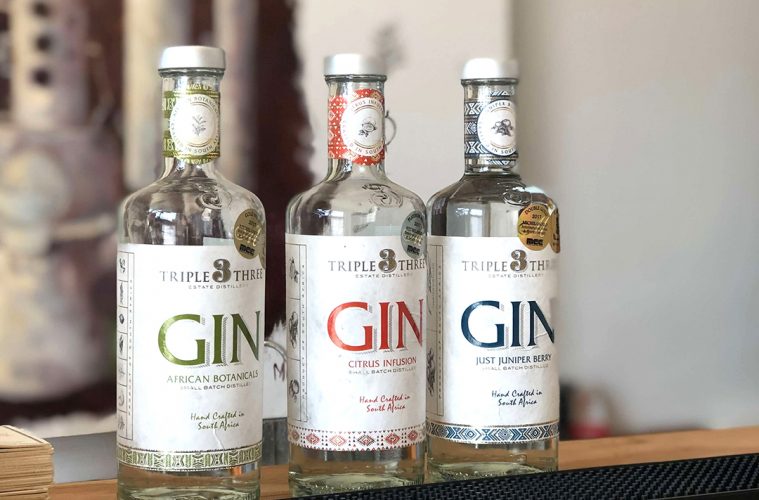 Honouring the spirit of juniper

Three generations of dedication have gone into perfecting the smooth and pure taste that is in every sip of Triple Three Gin.

At the helm of this refined taste is Master Distiller Rolf Zeitvogel, who patiently creates every drop of this premium craft gin in three heirloom copper stills – just like his father and grandfather did.

Drawing from the family’s origins in Germany, and his current home on Africa’s tip in Cape Town, Rolf uses genuine juniper berries and aromatic fynbos botanicals to create a harmonious ode to his family’s pursuit of gin perfection.

This pursuit for perfection has been moulded by tradition, yet informed by expertise, ensuring every bottle is a drink of remarkable excellence. And the multiple awards handed to Triple Three Gin have only confirmed the success of this family’s journey to create the perfect gin.

Rolf grew up at his father, Oswald’s side, learning and listening, hands sticky from the golden, sun-ripened fruits that fell in abundance around them in the picturesque Black Forest.  His father had grown up similarly, shadowing his father, Frans while he handcrafted the clear liquid they referred to as “Wachholdergeist”, meaning “Juniper Spirit”.

A large portion of Rolf childhood revolved around these small blue berries – they were incorporated into much of the family’s food, including the preparation of Black Forest bacon before it was smoked.

The distillery played a central role in Rolf life, with his earliest memory of it during an Easter egg hunt at his grandfather’s home when he was around three or four years old.

“I recall my grandfather’s distillery was a bit spooky at the time and had a strong smell of spirits, which had been rather off-putting to me as a child,” he says. 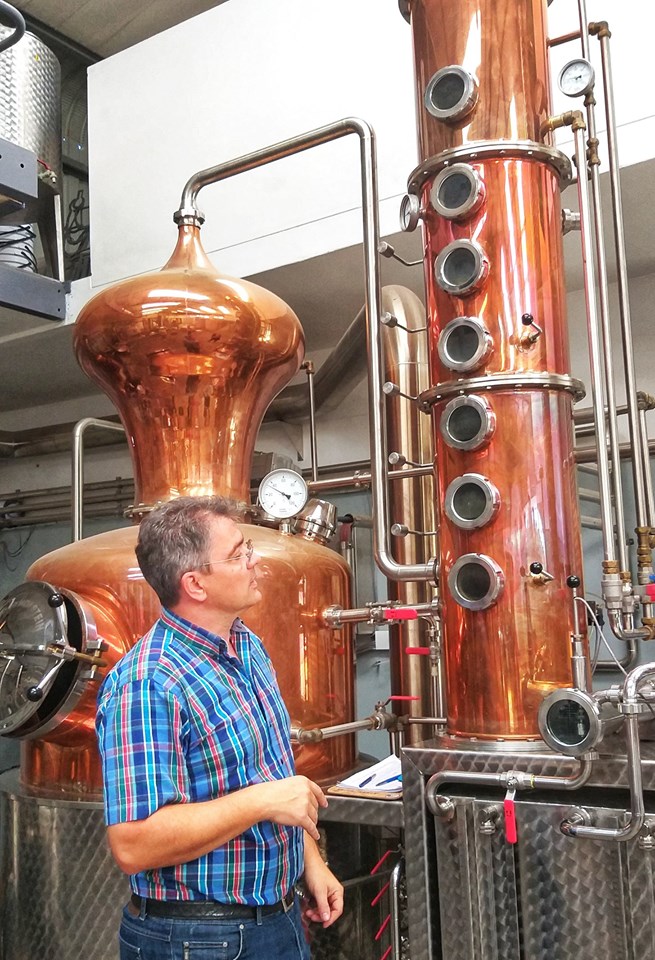 But it wasn’t long before he embraced the family business, and from his very first sip of gin, Rolf was in love. This love drove him to study winemaking, and a decade ago, while working as a master winemaker at Blaauwklippen Wine Estate in Stellenbosch, Rolf decided to continue the family tradition on African soil.

Each gin is made with only the purest ingredients – they are vegan friendly, made from natural ingredients and contain no added sugar.

The distillery may be best known for its Just Juniper Gin, which embodies the family’s love for this particular berry, because of its smooth, pure taste and assertive juniper notes. However, Triple Three has also created three other variants: African Botanicals Gin, which boasts the perfect blend of seven botanicals showcasing the flora of the Western Cape, and two that celebrate fruits warmed by the African sun, Citrus Infusion and Raspberry Blush.

The African Botanicals Gin expresses soft herbal scents, with buchu and rooibos featuring in this variant. Each botanical has been carefully selected to display the perfect marriage between South Africa’s indigenous flora and refined juniper notes.

The fresh taste of the Citrus Infusion Gin is created by balancing the smooth flavours of a premium gin with the crisp and zesty aromas of sun-ripened oranges from the Eastern Cape and organic lemons from Citrusdal.

The distillery has recently added Raspberry Blush to its collection of premium gins. The distinctive colour and flavour of fully ripe raspberries have created an exquisite balance between tartness and sweetness, evident in each bottle.

The family’s generational pursuit for perfection has left Rolf with a wealth of generational knowledge and a distilling secret, which he uses to create an authentic example of pure and unadulterated gin.

“We still use the same distilling process as my grandfather did in 1929, but today it is infused with the finest ingredients, sourced locally, which are prepared with a modern twist,” says Rolf.

It’s this passion for flavours, and the creative use of new taste combinations, that has allowed Rolf to write his own chapter of the family history in Triple Three Gin.

You are invited to explore this rich heritage by requesting Triple Three Gin when visiting your local bar or restaurant. Alternatively, elevate your G&T experience at home with Barker and Quin Indian Tonic. This premium tonic water offers a refreshing taste that highlights the refined taste of Triple Three Gin.