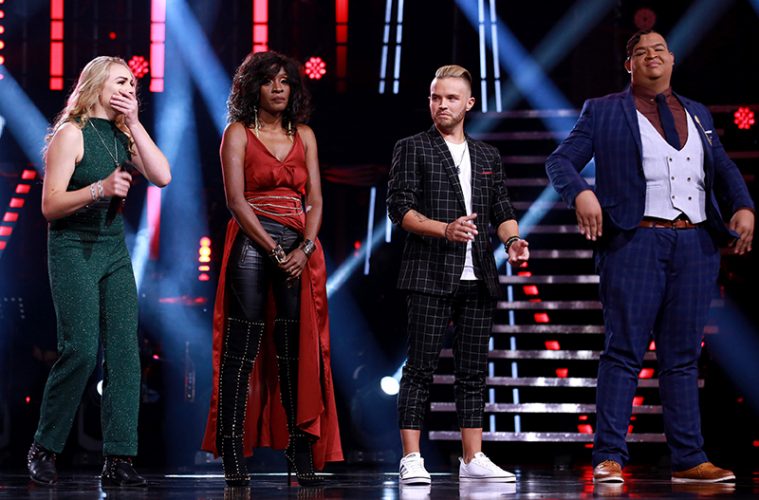 Tears & drama as the coaches make their final choices

I don’t think I’ve ever seen such an emotional response to a contestant hearing that they haven’t made it through to the next round of a show. But when Krista Jonas was told that Coach Lira had chosen to send co-team member Sbu through to the next round of The Voice SA, sending her home, she immediately burst into floods of tears, and lost all sense of her surroundings.

Krista says, “I just froze. I can’t remember how I felt or what I was thinking.”

Presenter of the show, Anele Mdoda also seemed at a loss as to what to do, and did her best to distract everyone and draw attention away from a sobbing Krista. Lira herself seemed surprised at Krista’s reaction, rushing onto the stage to comfort her. 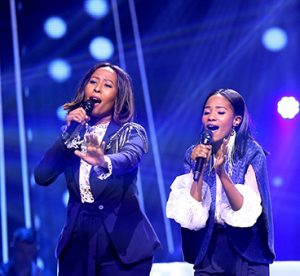 But by the time I spoke to her the following day she’d recovered and was thrilled to be able to talk about her journey, which she admits, was emotional from the start. With three coaches turning around at her Blind Audition, Krista tells me that she’d already decided beforehand that if more than one chair turned around, she’d go with the coach who turned first – and that was Lira.

Similarly, Aura, the female duo voted out the same week as Krista also had an idea of which coach they’d like to go with. They were ecstatic that their choice – Riky – turned for them during their Blind Audition which, believe it or not, was the very first time they’d performed together in front of an audience. They truly never thought they’d get this far, but now they’ve realised how much power they have as a partnership and they’re sticking together.

I asked them how different the experience is going into the competition as a duo as opposed to most of the other performers. They tell me that they feel there’s comfort in having each other’s backs, but conversely you always have that little bit of extra work going in as a pair.

Francois Viljoen, voted out of Team Riana this past week had known Francois Van Coke before his time on The Voice SA, so he’d hoped to be able to work with him. However, he admits that Riana was a suitable fit for him as their music styles are more compatible and he needed the exposure to Riana’s side of the industry 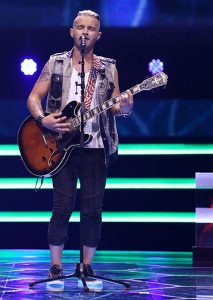 For a completely different perspective, Daniel Jay who’d been on Francois Van Coke’s team felt it was vital that he mention Darren Hayward. Daniel tells me that Darren is involved in absolutely every aspect of the show, and that he takes an interest in every competitor, ensuring that they know he’s always available if they need to chat, if they have a problem or if they need to vent. He says that knowing there’s someone there who is that invested in you and has everyone’s best interests at heart is truly reassuring.

Elisha too, talks about the level of professionalism of all the coaches. “They genuinely want to see all of us succeed,” he says, while telling me that they keep all channels of communication open – on-stage and off-stage. “They’re authentic, warm and caring.” I ask him what his plans are for the future and his response is, “Planning on taking over the world!” Well, self-confidence is important! For now though he’s concentrating on getting his voice back and then would love to work on releasing an album.

All of these talented individuals can’t emphasise enough how incredible the amount of exposure they’ve been given by The Voice SA has been. They’ve each told me about the interaction between all the talent and how this just doesn’t feel like a competition – until that very moment when it’s showtime. It’s Francois who says, “It’s strange because your supporters are actually competing with each other and with you!” They’ve become a tight-knit group of friends, giving each other pointers on music and constantly sharing tips.

I’m told that Universal has exclusive option on all the performers and they’re keen to develop all of them as artists – this is the most preferable outcome.

And now that the judges have had their final say, it’s all down to the audience votes.

To keep YAHTO in the competition, SMS 04 to 33692 or vote for free on the internet at mnet.tv/thevoice

To keep SBU in the competition, SMS 03 to 33692 or vote for free on the internet at mnet.tv/thevoice

To keep ROSS in the competition, SMS 12 to 33692 or vote for free on the internet at mnet.tv/thevoice

To keep EON in the competition, SMS 11 to 33692 or vote for free on the internet at mnet.tv/thevoice

To keep CHEZELLE in the competition, SMS 14 to 33692 or vote for free on the internet at mnet.tv/thevoice

To keep ANSLIN in the competition, SMS 13 to 33692 or vote for free on the internet at mnet.tv/thevoice

To keep SONÉ in the competition, SMS 17 to 33692 or vote for free on the internet at mnet.tv/thevoice

To keep LELO in the competition, SMS 07 to 33692 or vote for free on the internet at mnet.tv/thevoice

SMSs cost R1.50 per SMS, while voting on mobi and web is free. All info on how to vote as well as the terms and conditions for voting are available here. The voting lines opened at 19:00 on Sunday, 2 June, and will close on Wednesday, 5 June, at 22:00.

Tickets for The Voice South Africa Season 3 Live Shows at the Mosaïek Teatro in Fairlands, Johannesburg, are available from Computicket.

The Voice South Africa is screened on M-Net 101 every Sunday at 17:30 and is repeated on VUZU, Channel 116, on Mondays at 20:00. It will also be available on DStv CatchUp. Fans can visit mnet.tv and follow all the breaking news and conversations around the show on Twitter @MNet / #TheVoiceSA and on the official M-Net Facebook page.

The Voice SA is produced by Blackswanmedia.