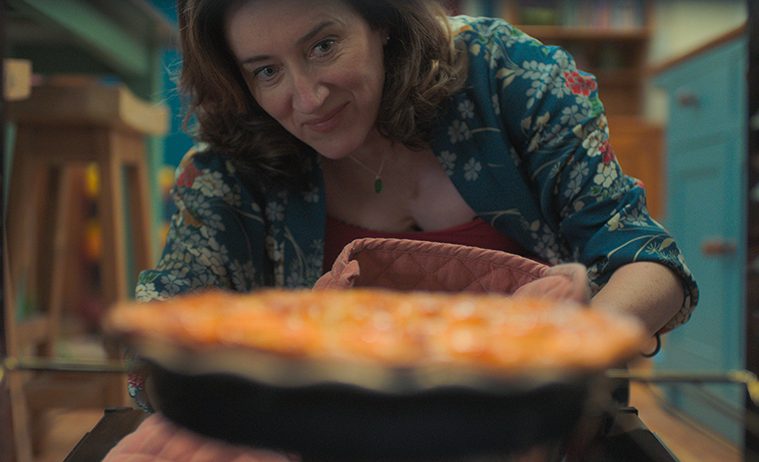 Can a woman with no detective experience and whose closest companion is her pet chicken solve a complicated murder investigation? That’s the question in Recipes for Love and Murder, the new small town mystery series starting on M-Net this Sunday (20 March) at 8pm.

Starring the award-winning Maria Doyle Kennedy (Outlander, Orphan Black, Kin) and Tony Kgoroge (Black Sails, Invictus, Long Walk to Freedom), the 10-episode series is as humorous and heartwarming as it is chilling and shocking. It deftly flits between moods and genres, and will make you chuckle as easily as it will make you gasp. It’s the perfect show to take over the primetime slot that traditionally has belonged to the Sunday night movie. 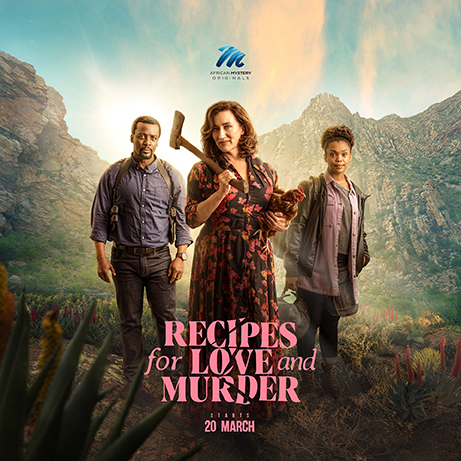 A production by M-Net, Both Worlds Pictures, AMC Networks’ Acorn TV and Global Screen, the series is directed by Christiaan Olwagen and Karen Jeynes (who is also the show’s writer) and is based on the acclaimed Tannie Maria Mystery novels by Sally Andrew.

Filmed in Cape Town, the Karoo and Scotland, Recipes for Love and Murder is set in Eden, a fictional Karoo town where everything is either freshly baked or homemade, where everyone knows each other, and where the biggest crime for police to solve is finding out who keeps stealing a tractor just to drunkenly drive it around.

The Gazette, Eden’s local newspaper (or “newsletter”, as the town doctor calls it) is struggling to make ends meet. So, in an attempt to please advertisers, its boss Hattie Wilson (played by Jennifer Steyn, Goodbye Bafana, Master Harold and the Boys) decides to start running an advice column. Recipe columnist Maria Purvis (Doyle Kennedy) does what anyone who wants to keep their job would do – she pivots, and starts a new identity as Tannie Maria, your friendly newspaper advice aunty.

But the first letter that catches her attention is from a woman in an abusive marriage, and shortly after Tannie Maria’s advice to her is published, the woman – Martine Burger (Tinarie van Wyk Loots, Fynskrif, Hole in the Wall) – is murdered in her home. This shakes up the town, and especially the women at the Gazette, resulting in Maria teaming up with her younger, feisty colleague Jessie September (played by exciting newcomer Kylie Fisher) to solve Martine’s murder.

The police now have a real – albeit gruesome – crime to solve, led by the mysterious and icy (yet secretly soft) top cop Khaya Meyer (Kgoroge), whose story unfolds as the season progresses. 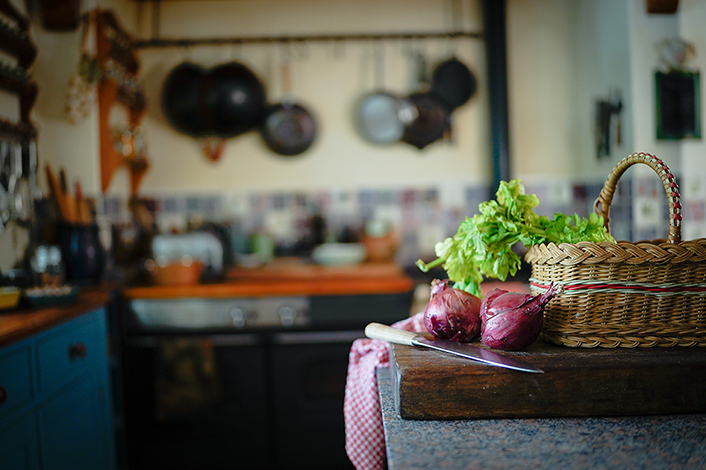 Will Maria and Jessie prove an asset or hindrance to the investigation? Can they catch Martine’s killer, or will the killer catch them first? Was it really the husband who did it – or is the real culprit still hiding in the shadows? And why is Maria so secretive about her past in Scotland?

In Recipes for Love and Murder, nothing is as it seems – even in a sleepy and sweet little town called Eden. Tune in every Sunday at 8pm on M-Net, DStv Channel 101, starting 20 March.

5 reasons to catch Recipes for Love and Murder

It is witty and relatable

Whether you’re from a small town and therefore recognise the characters, or you’re someone who enjoys having their nose in other people’s business, like Tannie Maria, you will easily fall in love with some of these characters. While the story has its moments of darkness, it is wrapped in wit and charm that will warm your heart.

The storyline is gripping

Who doesn’t love a good whodunit? Just like the beloved book series, the show has twists and turns that will keep you entertained until the very last episode.

The performances are stellar

From the heavyweight co-leads to the strong supporting cast that ranges from veterans to newcomers, each performance is scene-stealing. The cast deliver the goods not just as an ensemble, but as their individual characters: their performances are at times perfectly silly and at others, nuanced and complex.

The cinematography is gorgeous

Whether it’s the overhead shots of the fictional town of Eden or the lush scenes of the beautiful landscape surrounding it, Recipes for Love and Murder is one good-looking show. Come for the gorgeous shots, stay for the storyline.

The recipes really are delicious

Food is a strong supporting cast member. After all, Tannie Maria is the town’s resident recipe columnist. From decadent sorbets to mouthwatering curries, Recipes for Love and Murder might leave you feeling a bit hungry. On the plus side, you’ll know what to cook for supper that week!

Join the conversation with #RecipesLoveMurder or #MNet101 on Twitter, Instagram and Facebook.  Fans can also read all about Recipes for Love and Murder on the show page mnet.tv.