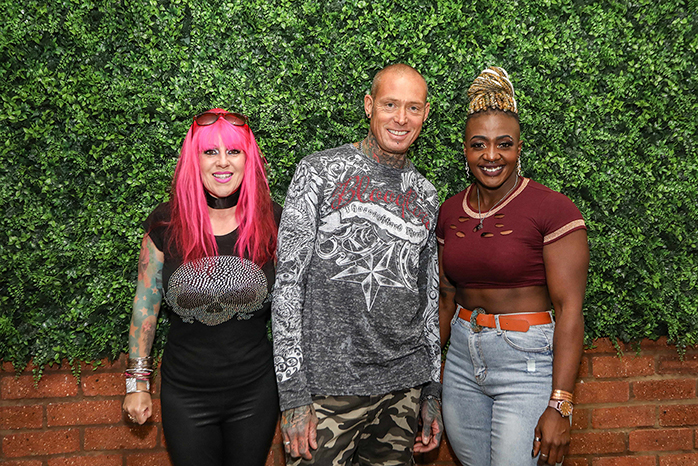 SNAKES IN THE CITY LAUNCHES IN JOHANNESBURG 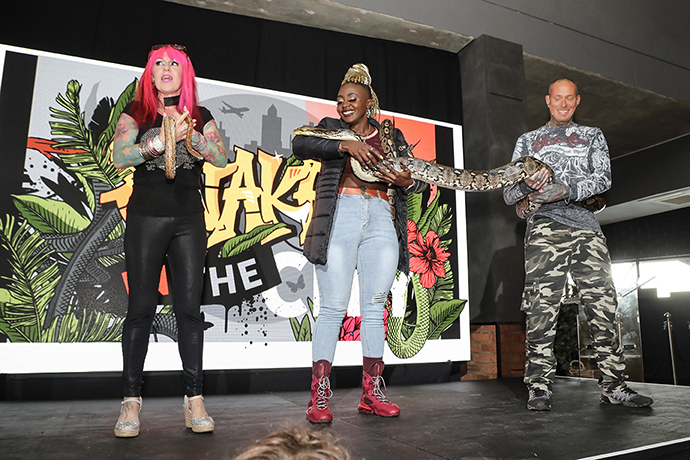 When the eighth season of National Geographic Wild’s Snakes in the City premieres across Africa on Wednesday 6 July at 18:00 (CAT), herpetologists Simon Keys and Siouxsie Gillett will be joined by local snake wrangler Mbali Mtshali. The new season of the popular show was launched at an event in Johannesburg this past weekend, where guests met the three hosts, enjoyed a demonstration with non-venomous snakes and previewed the first episode.

In Snakes in the City, our streetwise snake-catchers race across “Snake City” (Durban) to face some of the world’s deadliest snakes in the most bizarre situations and release them back into the wild. When Mtshali joins the team, her skills are quickly put to the test when they go up against a lethal black mamba inside a school, a puff adder in a toilet and an enormous python on a goat farm, not to mention a super-fast monitor lizard in a ceiling, a spitting cobra inside a local shop and many more.

Born in Limpopo, Mtshali moved to Kwa Zulu-Natal at young age and had her first exposure to working with reptiles while volunteering at a non-profit organisation. She later cut her teeth handling snakes while assisting at a reptile park. She has since learnt to handle venomous snakes. This dynamic lady also conducts tours at the facility, is full of energy and is a dedicated body builder. 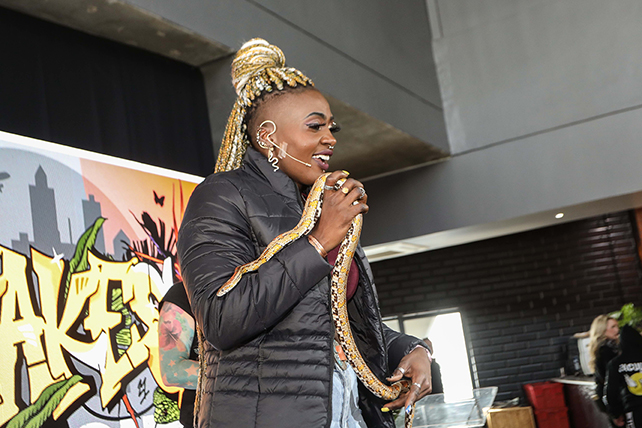 “For many years, in my culture, these reptiles have been misinterpreted as a sign of witchcraft, a bad omen and an image of the evil serpent. Working on Snakes in the City shows that residents of Durban can catch snakes too – with the right training” said Mtshali. “My biggest message for viewers and my community is that snakes are not these evil monsters that they have been made out to be – snakes are more afraid of us than we could ever be of them,” she adds.

“National Geographic’s mission is to ignite the explorer in all of us, and our on-screen experts have a huge role to play in achieving this mission, as they share the wonders of our natural world for with viewers,” says Christine Service, Senior Vice President and General Manager of The Walt Disney Company Africa. “We are excited to welcome Mbali Mtshali to our screens, bringing her infectious energy and passion that, together with Simon and Siouxsie, will go a long way in helping change negative perceptions of these fascinating creatures for National Geographic Wild audiences across the continent.”

Snakes in the City is produced by Earth Touch for National Geographic.