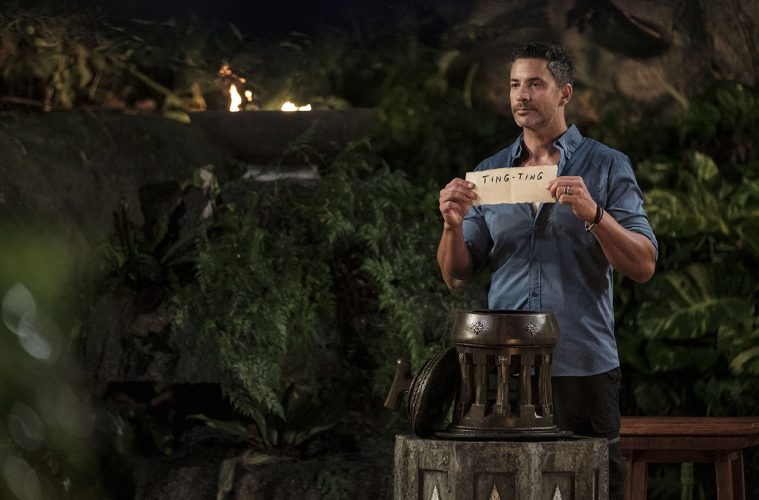 When you’re doing telephonic interviews, you’re never quite sure what to expect from the person on the other end of the line – especially when you’re about to chat to someone who’s been voted off a reality show. Overall, in my experience, I’ve been lucky in that the people I’ve interviewed have all been pretty positive about their experience and are happy to talk about it and share it with others. 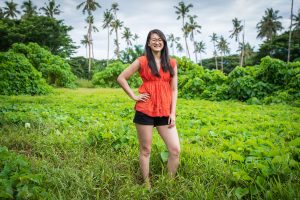 And then there are those unique individuals like Ting-Ting Wong. Ting-Ting is one of those people whose enthusiasm and zest for life seem to sizzle down the phone line. From the second I heard her upbeat greeting I knew that this was someone incredibly special, and after chatting to her for just a few minutes, I knew I wasn’t wrong.

If you’ve been following this season of Survivor SA, you’ll know that the weather conditions have been exceptionally extreme and rather harsh and this is where our conversation starts. Ting-Ting tells me that the Tribal Council at which she was so unexpectedly voted out was extremely tense, and that even before that, tension in the Tribe was high.

Ta’alo tribe-mate Tania had been sent to the Island of Secrets by challenge winners Sa’ula and everyone was quite relaxed until they were told she wasn’t going to be returning. Ting-Ting relates that until then nobody was really playing the game because they didn’t really have to, but all of a sudden reality hit and it was game on. And that was when the tension soared. This was where the adverse conditions really started to kick in and play their role in affecting everyone’s perceptions. Although Jacques had assured Ting-Ting that their alliance was tight and that he would be giving her his immunity idol, once he revealed it, he then – shockingly – said he was playing it for himself. His tribe, the viewers and most of all, Ting-Ting were horrified which was obvious from the look on her face! But she tells me that she believes that Jacques truly thought that he was vulnerable to the vote – having been so negatively affected by the conditions they’d experienced. 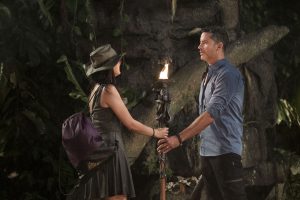 So I ask Ting-Ting, what on earth made her enter a show like Survivor? After all, she’s almost finished her medical degree, having just one year of community service remaining. Her response of course is one of utmost positivity. She tells me she’s the very first South African born Asian person to be on Survivor SA – in all 6 seasons. Her goal was to push herself, and to be a voice for all minorities – women, Asian anyone. She wants to prove that you can do whatever you put your mind to; that you can break out of those boxes that society places you in. Ting-Ting is determined to celebrate the underdog, and she invites others to join her in doing so.

In her now familiar optimistic tone, Ting-Ting goes on to tell me about what an amazing (albeit brief) experience Survivor SA was for her. She also wants to say how grateful she is to the entire Survivor SA team for what they provide to all the competitors. We chat a bit about what that time on the island is actually like and she reminds me that there are absolutely no devices at all – so no way of time-keeping whatsoever (I can’t even conceive of the concept). She says they were busy all the time. 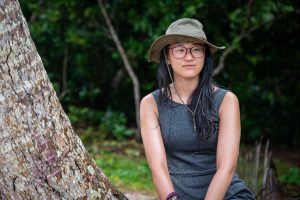 So where to from here for Ting-Ting? After she’s completed her community service she intends specialising in plastics and reconstructive surgery. And if that’s not enough to keep her occupied, she has lots of other things planned. She has a YouTube channel so go and take a look at “The Ting Goes Vlog”. I don’t think we need to worry about Ting-Ting being bored and having nothing to do in the near future. And if you’re looking for someone to speak up for a cause or an underdog actually if you’re looking for someone to put one huge smile on your face, the lovely, upbeat Ting-Ting can certainly do that for you. She just has that inspiring, uplifting way about her. I think we can expect to see great things from this amazing lady in the future and I wish her the very best of luck.

Survivor South Africa: Island of Secrets is screened on M-Net every Thursday at 19:00. It will also be available on DStv CatchUp. Fans can visit www.mnet.tv/survivorsa and follow all the breaking news and conversations around the show on Twitter @Survivor_SA / Instagram @Survivor_sa / Facebook with the official hashtag #SurvivorSA