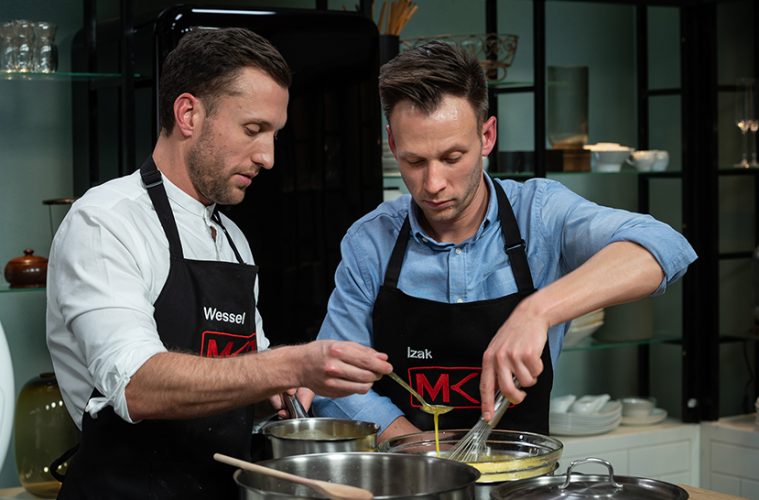 Foodie Friends Izak & Wessel floored the judges and their fellow contestants with a menu that resembled a cooking glossary, on this week’s episode of My Kitchen Rules SA, racking up a score of 75/100 – and sending ‘Slay Sisters’ Lebo & Lesego home.

With a nod to their heritage and history, Izak & Wessel’s menu comprised a starter of Karoo Lamb Croquettes with minted béarnaise, main of Sous vide venison fillets with quince & sweet potato purée, mushrooms and juniper oil and dessert of Rooibos crème, peach blossom mousse, coconut sponge and peaches. Their Instant Restaurant was named ‘Gather’, with all the elements either reclaimed, recycled or borrowed from family and friends. 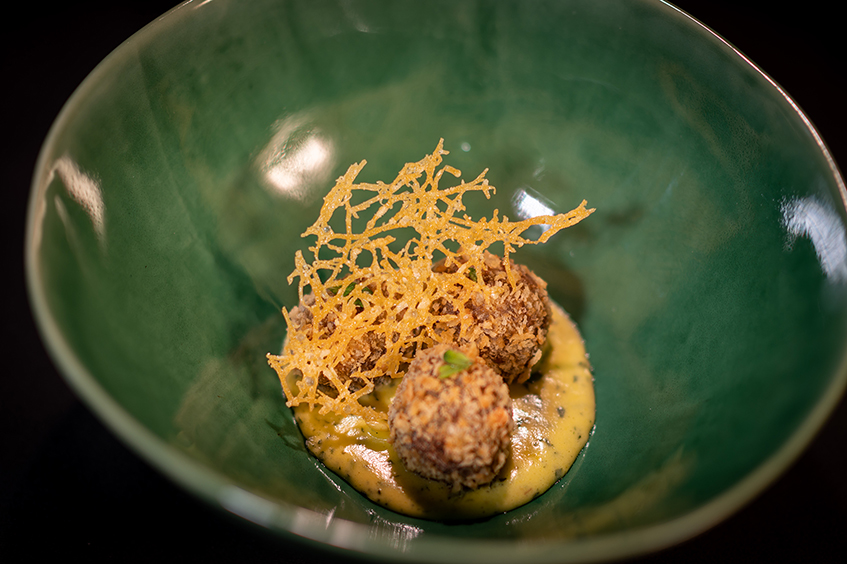 With ingredients, tools and techniques from roux to stock, Maillard reaction to tuilles and sous vide & crisps to tweezers & syringes, the food entrepreneurs had their fellow contestants dazzled with science – but the ultimate test would be the flavour on the plate.

After a calm and measured time in the kitchen – and with guests and judges seated comfortably and sipping on their gin welcome drinks – Izak & Wessel delivered their starter. David questioned the necessity of the parmesan wafer as the croquettes carried enough crunch, but praised the béarnaise. J’Something felt they’d got it ‘spot on’ from a flavour perspective and that the ratios of each component had been perfect. 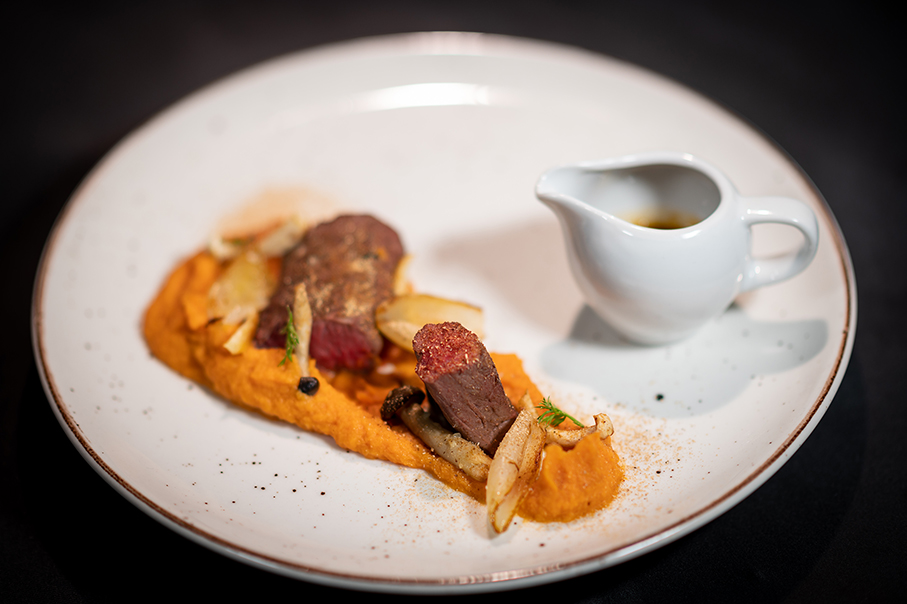 Lesego joked that the only thing she could fault in the dish was a lack of leftovers, but Stella had hoped for more salt, to better highlight the lamb. Nadia declared the dish ‘delicious’ – but said she hadn’t expected anything less from the foodie entrepreneurs, asking if they should just be handed the R1 million prize now.

The guys struggled to balance the flavours of the main during prep in the kitchen – and that was something the judges picked up on once they’d tasted it. David commended them on their thinking in marrying classic cooking with South African flavours, but said they’d fallen down on execution. J’Something felt that every element on the plate was lacking in presence – leaving Izak to declare that everything had gone horribly wrong for them, with this dish. 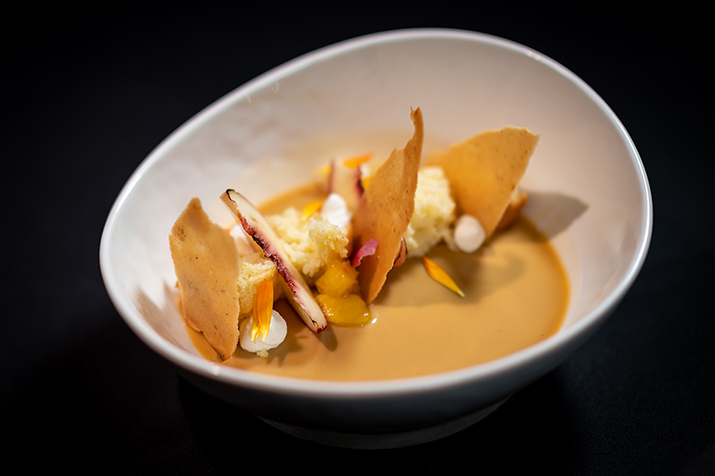 Nadia felt that the dish wasn’t the best main course they’d been served so far in the competition, Bernadette echoed David in her assessment that the elements on the plate stood apart as components, while Stella said the jury was out on the jus. Lesego was left to ponder why the portion had been so small, saying she’d need more!

Their intricate dessert – with 6 components – took nearly an hour to plate with tweezers, syringes and strategic dots of peach blossom. Thankfully, the judges declared it worth the wait. “That was quite something – and it wouldn’t be out of place in any restaurant in South Africa,” said David, while J’Something declared it ‘spectacular’ and said he loved every item on the plate.

The contestants were a little less inspired, with a few picking up that the coconut sponge was a little dry while Jeff struggled to pick up the rooibos flavour in the crème. 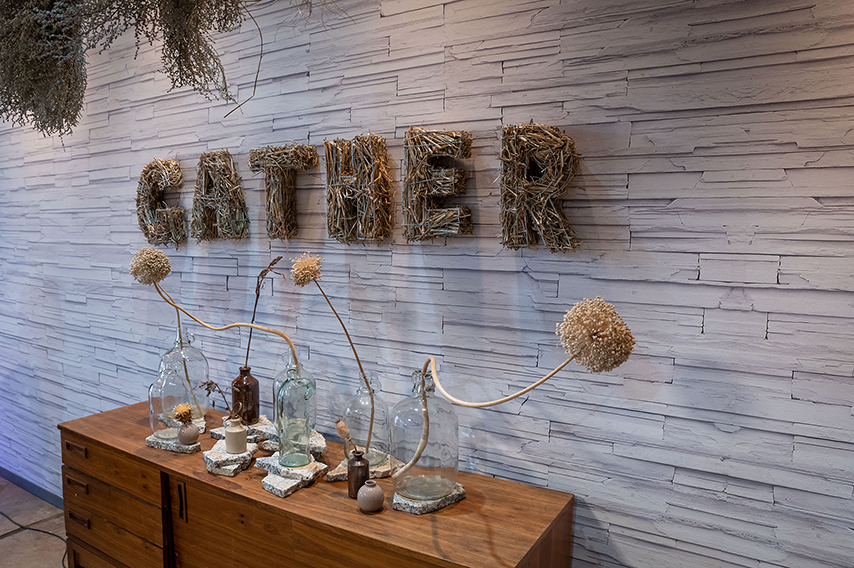 With all the home cooks assembled on the stairs outside the Instant Restaurant venue at the Cradle Boutique Hotel and Nature Reserve, the judges delivered their verdict. David enjoyed the starter, praising it’s heat, crispiness and the bite that the béarnaise had added, scoring it an 8. J’Something said there were croquettes – and then the duo’s croquettes – with their punch of flavour earning them a 9. David said that while their main had promised much, it hadn’t been executed well, scoring them a 6. J’Something again highlighted the lack of presence from each of the components, also awarding them a 6. Their dessert was the hit of the night, though, with David calling it ‘a remarkable dish for home cooks’ as he awarded them a 9. J’Something went one better with a 10, for its ‘symphony of flavours’.

Combining their 48/60 with the contestants’ 27/40 gave Izak & Wessel a score of 75 – the highest in the competition so far – but meant that Lebo & Lesego, bottom with their 53, depart the competition.

Before the four duos who had made it through to the Challenge Round had time to celebrate, David warned them that they would need to up their game because of the serious competition that awaits them.