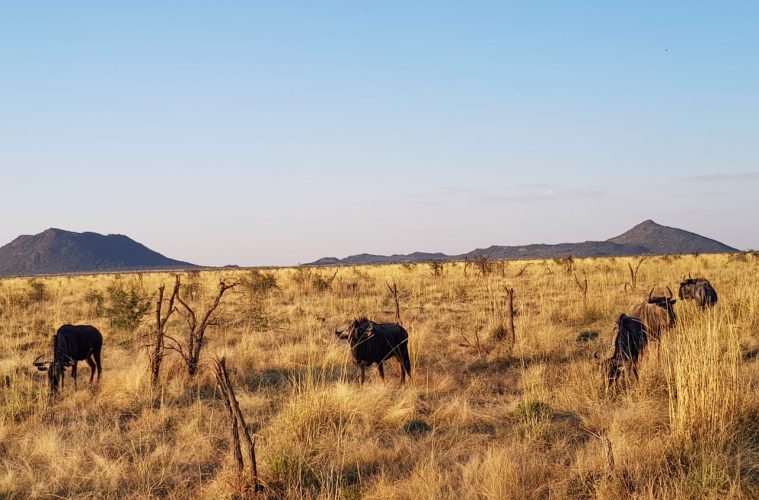 Often when you go to the bush it takes a trip in Land Rover before you see some wild life, but not at Tau Game Lodge (also known as the Place of the Lion). The lodge is perfectly positioned on the edge of a natural water hole and this means that the animals come to you. It’s not only the perfect viewing that makes Tau Game Lodge a great place to visit, but the people who work there are special too. We were met at the door by staff members; someone to park the car, someone to take our bags, someone with homemade refreshments, our ranger and finally someone to check us in. The way the staff was joking with each other made me feel at home immediately. As one guy climbed into our car the manager warned him to take it easy and not be Schumacher. 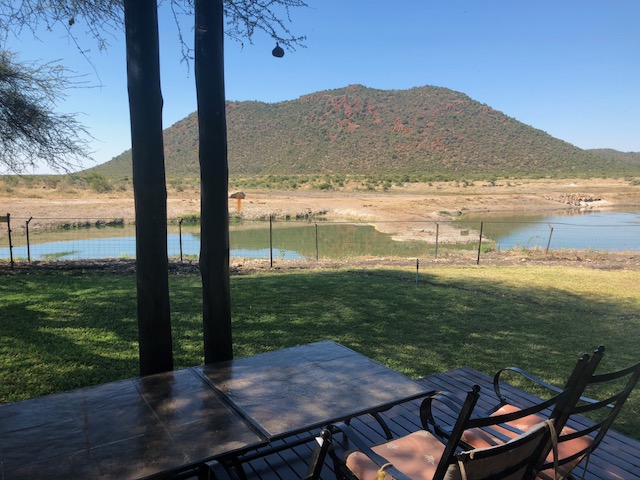 As soon as I checked in I was drawn to the viewing deck and saw elephant, buffalo, zebra and lots of impala around the water hole. The only thing I could think of was drinks by the pool with the open bush right in front of me. The only other thing to look forward to was the dinner that was to start at 7pm sharp. Dinner on the first night was served by the viewing deck and each table had the name of the ranger so you get to know the ranger and other passengers before the game drive. We had a family from Mexico with two little kids. The younger one was too small to join us on a game drive but the four-year-old certainly entertained us. Who doesn’t want to see a four-year-old in pink boots zdancing on top of the on an ant hill in the bush with no care in the world? There was something pure and magical about it and I wondered how much of this trip she will remember. For me her image was imprinted on my mind forever.

The next day I took a tour of the lodge with the manager and one other staff member only to find out that years previously she had broken her foot playing soccer with kids. I asked how long she had been working there and she couldn’t remember! I soon realized that Tau has a very good staff turnover record. The lodge has 32 chalets, all set in the bush around the lodge in such a way that each feels isolated. There are deluxe rooms, standard rooms and family units. For those who can manage to do some work around the lodge (don’t know how), Tau has a Convention Centre as well. 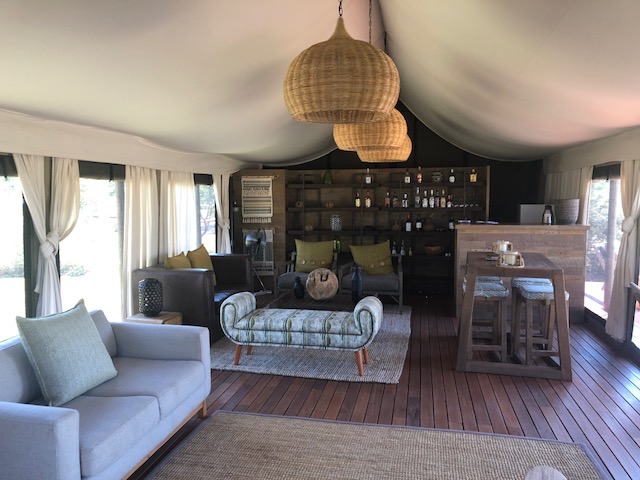 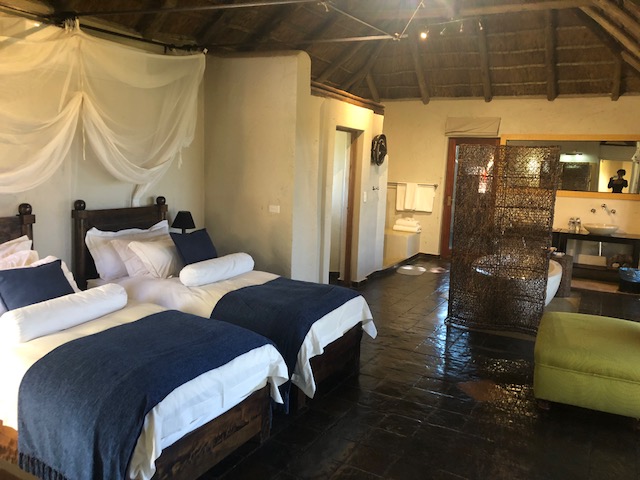 It’s so quiet that the only sound you are likely to hear are animal sounds, or someone singing in a distance while doing their chores. One of the rooms has two chalets joined together which is perfect for families. If you have kids and you want to take them to the bush Tau Game Lodge is a perfect place to go. The lodge has nanny service and a play area for kids and the only place I saw with a TV at the lodge is the play room. I was happy not to have a TV in the rooms as it provides an opportunity to disconnect from the world, sit on your deck, and enjoy the view.

When you have sated yourself with the view of the bush, there is a spa at the lodge to enjoy and I just couldn’t help myself and I checked in for a well-deserved foot massage. My only regret afterwards was not booking a full body massage. My advice would be to book the spa as soon as you get there because it’s very popular. I didn’t have too much time for regrets though, as I only had a few minutes to spare before my afternoon game drive. Their afternoon game drives start immediately after a high tea at 3pm. At first I wasn’t sure about starting the game drive so early as I am used to starting a little later but I have been converted. There is nothing like having a full 3 hours of sunlight in the bush and end off with a spectacular sunset under a shepherd’s tree with drinks and snacks to enjoy. 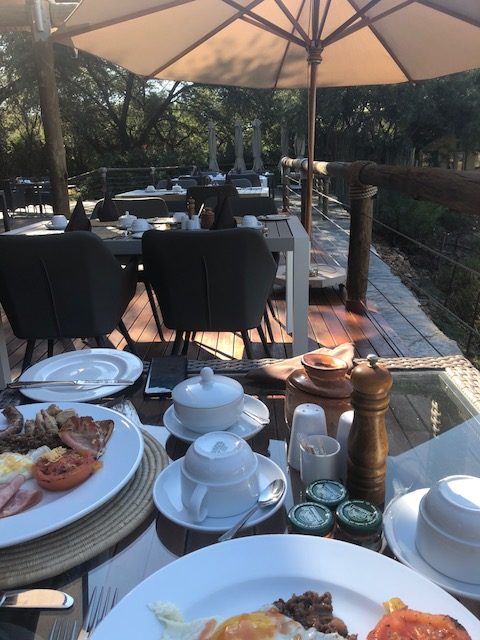 By the time we were enjoying the sunset I had already seen so many animals and I was happy, even though I didn’t see any lions. But I had no idea what was in store for us. The game drive wasn’t over and we got to see lions at the beginning of their hunt. The ranger suggested we wait and see what would happen as there were lots of prey animals around and no one protested. Other cars joined in and we waited. After a while a male lion started roaring and we all thought it was a beginning of a hunt. The ranger told us that it only wanted to mate. Even better! I have never seen lions mating before and they were about 3 meters away from the car. What a sight that was!

It was something truly rare and special to see. As it was getting dark we decided to head back to the lodge just before 7pm and we went straight to a boma with crackling fire to welcome us for the evening meal. The food at Tau Lodge just kept getting better and better and my favourite was the dinner served at the boma around an open fire. You can expect to be served all kinds of game meat from Impala to Wildebeest, followed by a decadent dessert. You can stay at the boma as long as you want, but keep in mind that the next day starts with at 6 am wake up call at Tau if you are scheduled for the early morning drive. That’s how the day full of adventure begins at Tau. 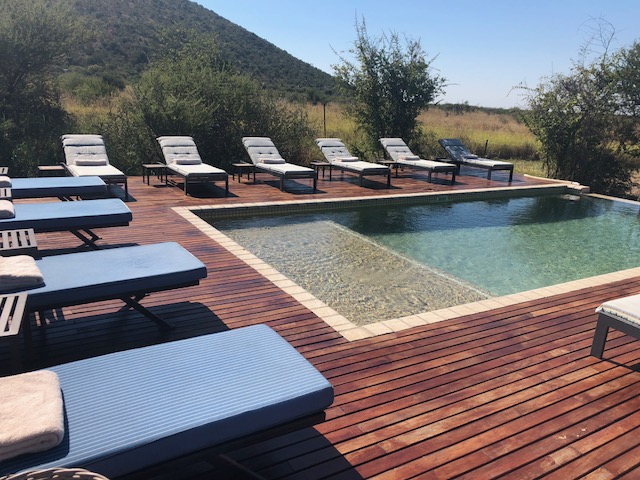 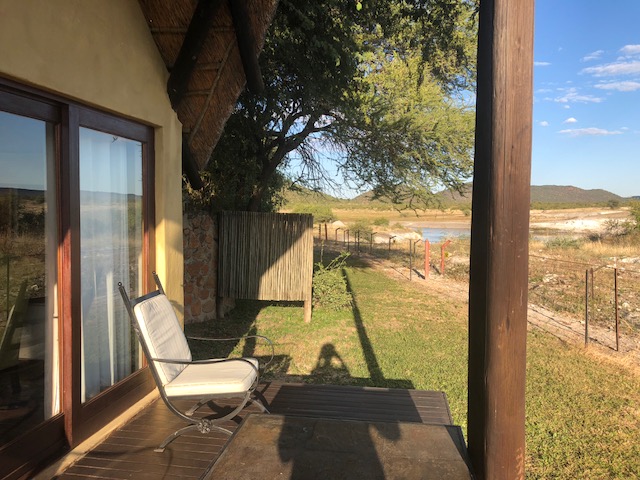 One tip for locals would be to take your passport along, as Madikwe is only 40 minutes away from the Botswana border. Madikwe is a 4-hour drive from Joburg by car, but it may be even better to fly to Botswana and just drive to Madikwe. Either way you choose to travel you are guaranteed a great time just don’t follow your GPS, as you may find yourself driving shortcuts that can lead to gravel roads. Also Fedair flies to Madikwe and rangers can collect you from the airstrip.