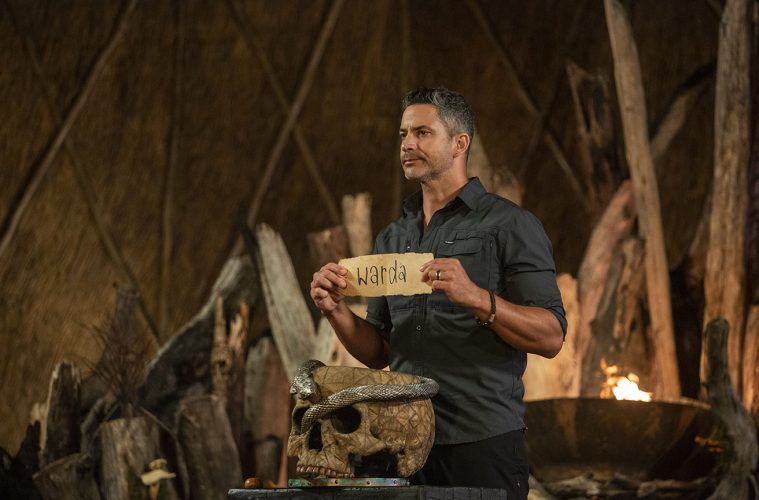 Yoga Instructor Wardah lost her zen during a nuclear Tribal Council on this week’s episode of Survivor South Africa: Immunity Island and was sent packing, as villain of the piece Chappies kept his promise to avenge Anesu’s departure.

With the dual benefits of an Individual Immunity win and Anesu’s Tribal Council Pass – and Santoni playing her Hidden Immunity Idol – Chappies engineered Wardah’s departure despite being given both barrels by Tyson, Wardah and Nicole at Tribal Council for perceived rule breaking and ‘stealing’ food. 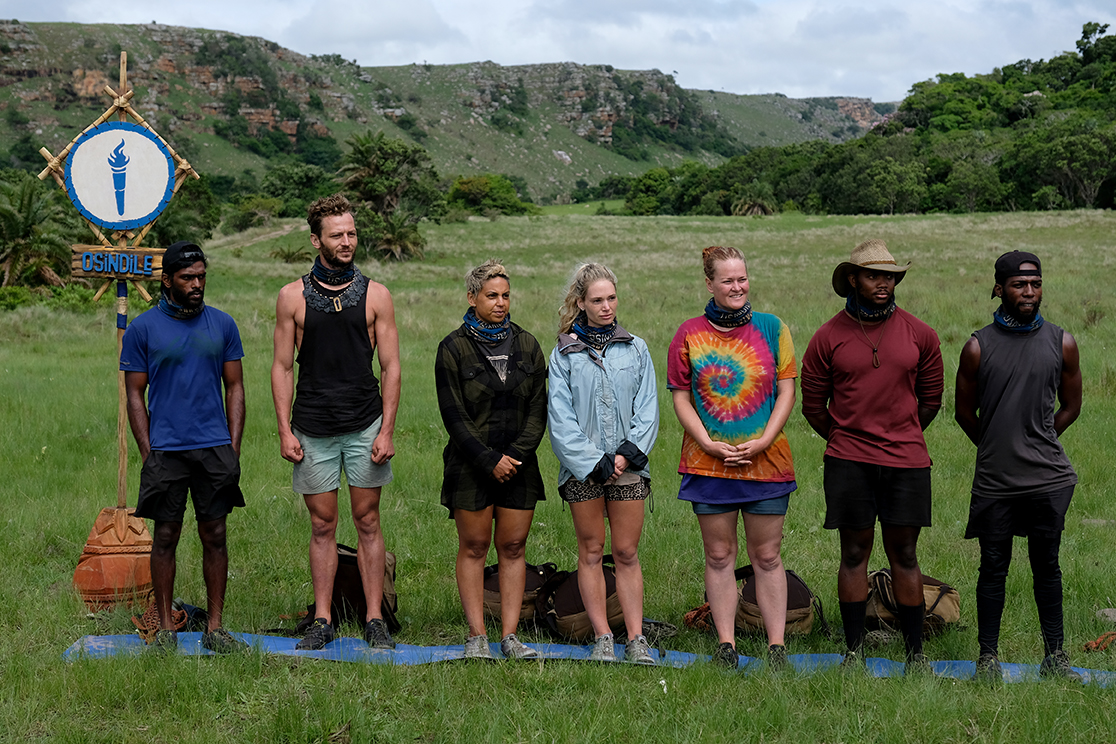 As the dust settled on last week’s Tribal Council, it was Survivor Auction time, with the Castaways each receiving 500 Nicos to spend. Having lost last week’s Immunity Island challenge after electing to stay & play, Santoni would be competing with half that amount.

Anela and Santoni jumped at the chance to buy their letters from home at the start before all passing on the second item – champagne to be enjoyed in a bubble bath at the auction site. Nicole’s subsequent purchase of a mystery item for 100 Nicos gave her access to all the rewards with a ‘Beggar’s Bowl’. She gleefully leapt into the bathtub and helped herself to portions of Chappies’ sweets, Anela’s tapas and Tyson’s fish & chips. 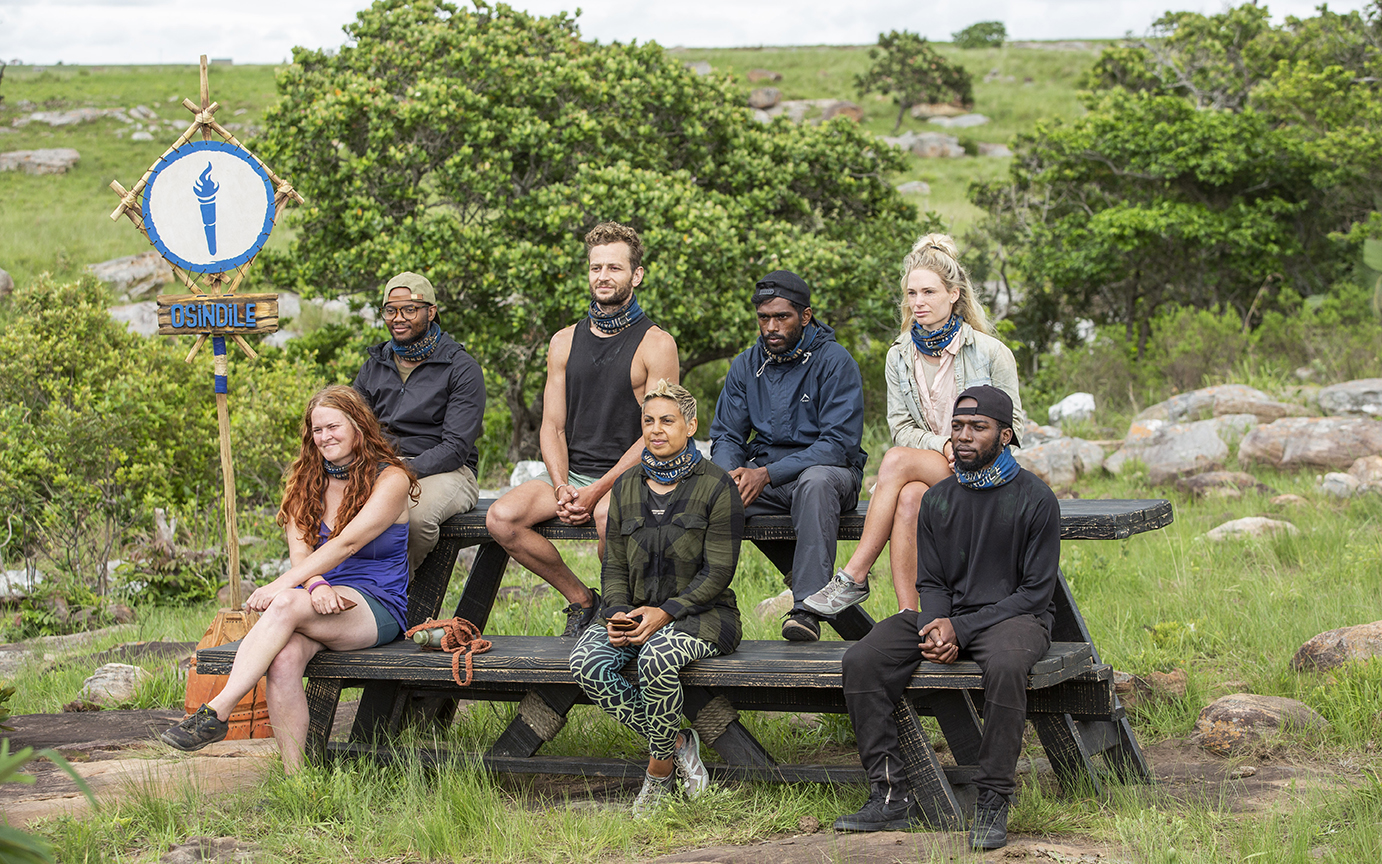 Kiran outbid everyone else with a mammoth 300 Nico offer – but found himself out of luck as he discovered he had bought himself out of the auction and had to hand over his remaining Nicos to another Castaway. He handed his Nicos to Wardah – and when her subsequent blind bid delivered vetkoek & mince, Nico offered her the option to take the food she’d won or swap it for a bowl of rice for everyone in the tribe. She chose the latter option without hesitation – while Nicole was able to capitalise and snaffle the vetkoek. When the gavel fell for the final time, Kiran asked Nico for the chance to make a retrospective purchase of his letter from home. Nico agreed and Wardah handed over the Nicos to help him complete the deal.

Back at camp, Tyson had noticed that Chappies had a flint in his bag, leading Anela to conduct a quick search which unearthed much more than the they, Wardah and Kiran expected. They found a second flint, a stash of sweets ‘stolen’ from the auction – when the Castaways were explicitly told to leave everything but the advantages, behind – and the Tribal Council Pass and accompanying explanation letter.

Realising that if Chappies played the Tribal Council Pass and Santoni played her Hidden Immunity Idol, they could force the majority alliance to cannibalise itself, the foursome vowed to do their best to stop Chappies from winning the Immunity Challenge and to try to lull Santoni into a false sense of security about playing her Idol. 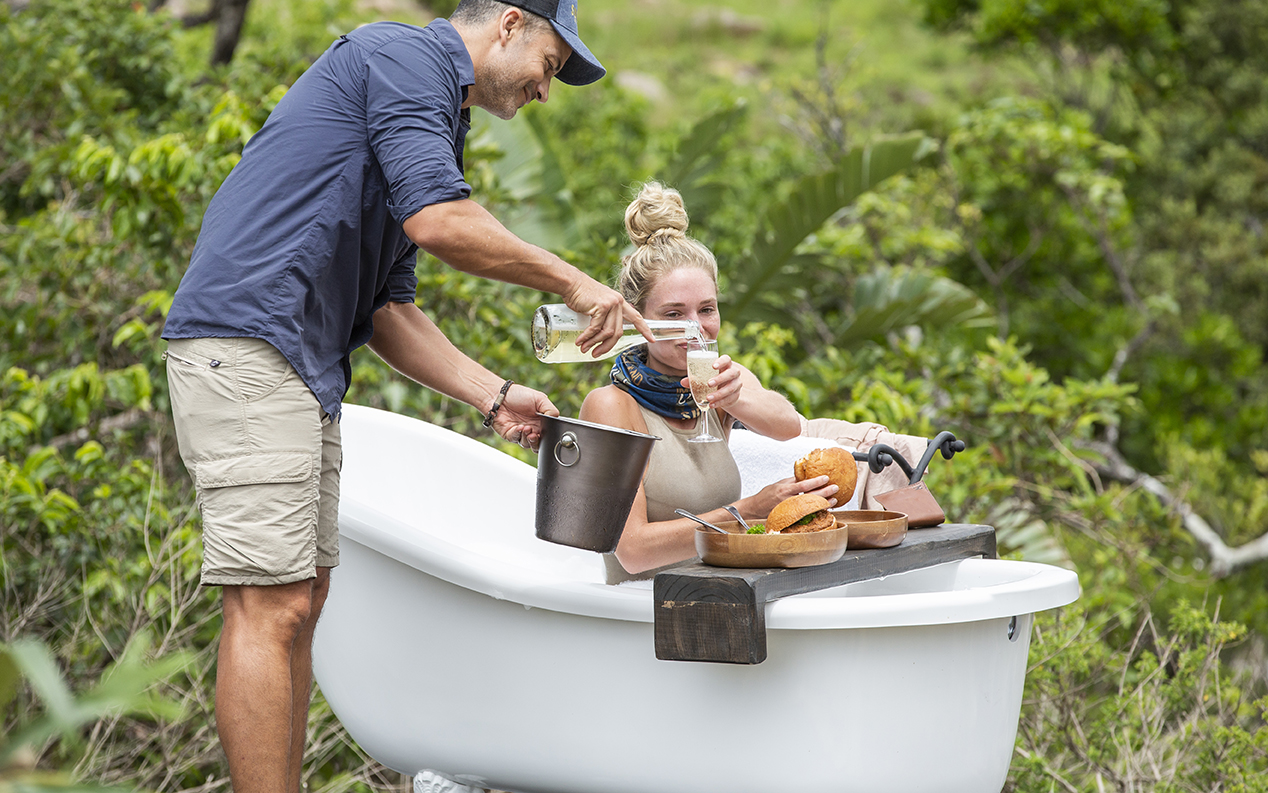 Not content with his stash of sweets and previously having sneaked rice from the tribe’s supply, Chappies had gone a step further and taken a pot from camp to prepare a seafood meal with rice, crabs and mussels for himself at a spot he christened ‘Chappies’ Diner’. The next morning, Kiran discovered the unwashed pot and shared the news with his alliance, raising the Immunity Challenge stakes even further.

At the Immunity Challenge, Tyson’s Auction advantage was revealed to be a head-start in the game, kicking off at the second stage. With Nicole and Santoni eliminated after the first stage and Kiran & Wardah stumbling at the second, it was a straight shootout between Chappies, Anela and Tyson at the third and final stage. Despite being fuelled by rage, Anela and Tyson can’t stop Chappies claiming his second Individual Immunity necklace, which he dedicated to Anesu.

With the winner not allowed to select someone to send to Immunity Island, Nicole used her Send Ticket from the Auction to visit Immunity Island herself, staying, playing – and winning – the Fire Idol that Santoni couldn’t scoop last week. 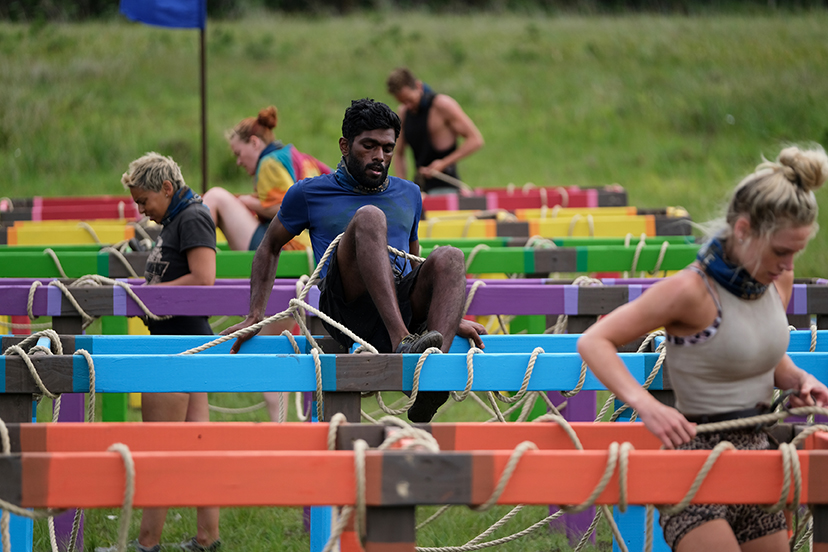 After the Immunity Challenge, Santoni persuaded Chappies to vote for Wardah, who she said was more dangerous than Tyson. The majority foursome assigned Kiran as their double agent, who discovered that Chappies would play his Tribal Pass for Anela – meaning that their mission was to persuade Santoni not to play her Idol so that they could vote her out. Wardah made an attempt at it, but Santoni saw straight through her. Just in case, Wardah told Tyson that she’d be taking the bag of rice she’d won for the tribe, with her to Tribal Council, so that she’d leave them hungry if she was voted out. Overhearing the conversation, Santoni reported her plan to Chappies, who quickly replaced the bag of rice in Wardah’s backpack with a bag of sand.

Tyson set the tone for an explosive Tribal Council from the start, accusing Chappies of cheating by stealing the sweets and eating them before the Immunity Challenge to win an ‘unfair advantage’. He was also taken to task for ‘stealing’ the rice from Wardah’s bag and his solo midnight dining habits. Once he started to defend himself, the temperature rose as he revealed that last week’s braai winners – himself, Nicole, Wardah and Tyson – had ‘illegally’ smuggled leftover meat back to camp for the others to enjoy. 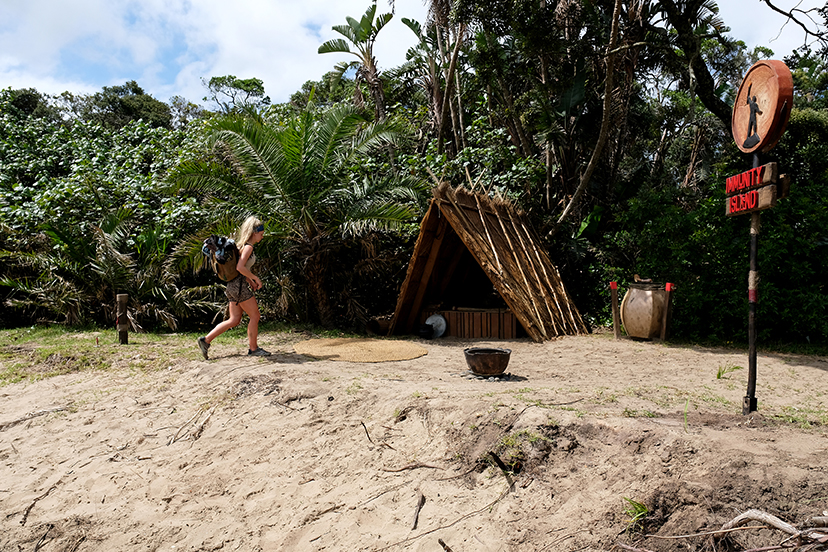 Having sat back and watch the drama unfold, Nico stepped in and established that they’d all been guilty of indiscretions, stopping the argument but not extinguishing the rage. Before the vote, Chappies used the Tribal Pass to send Anela back to camp, removing his vote from the equation. With Chappies and Nicole safe and Anela gone, it looked like Santoni’s number was up – but she played the Hidden Immunity Idol before the votes were read, nullifying the three votes against her, meaning that two were enough to snuff Wardah’s torch. Her parting shot after a curt ‘cheers’ to Santoni was the instruction: “Good luck guys – don’t let Chappies win”.