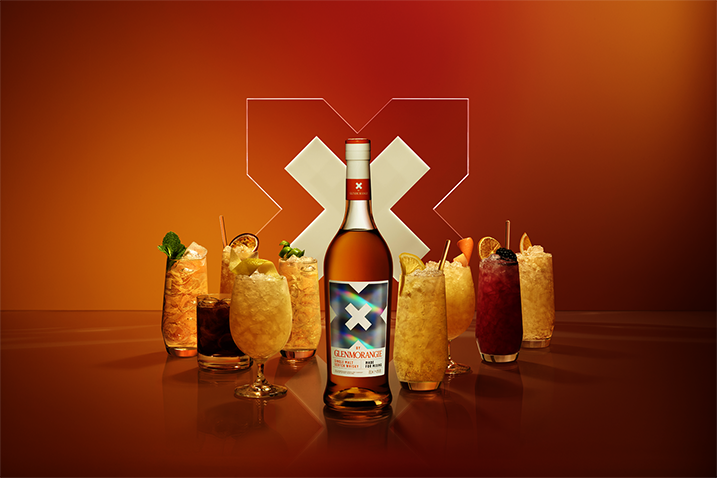 Glenmorangie has released a new single malt Scotch whisky specially made for mixing. Crafted with top bartenders, X by Glenmorangie’s sweeter, richer taste is perfect for tall, simple serves, which promise to refresh the way single malt whisky is enjoyed.

Glenmorangie’s whisky creators are endlessly imaginative in their quest to dream up delicious whiskies. They make their more delicate, fruity spirit in Scotland’s tallest stills, and age it in the world’s finest casks. 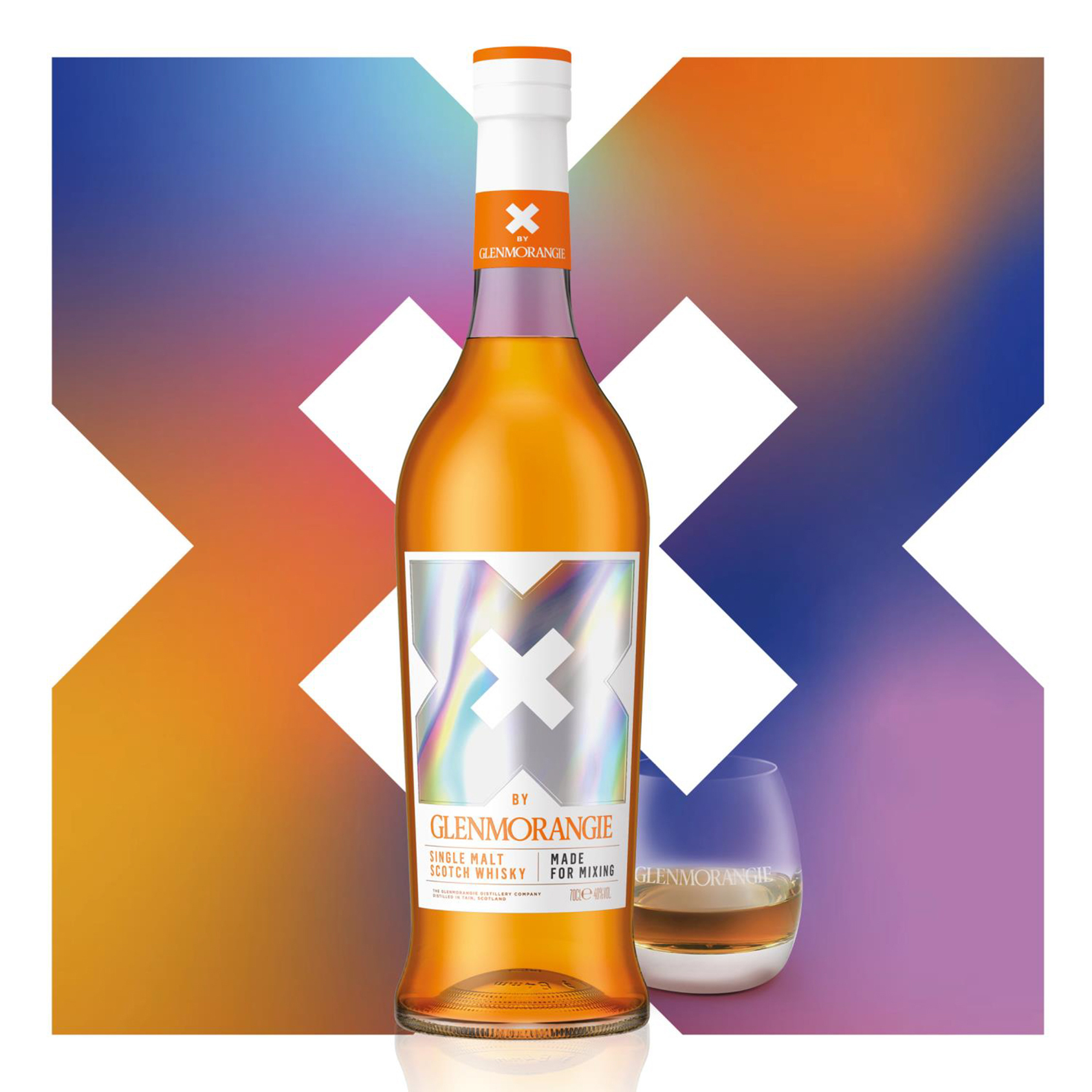 This luscious whisky is an extravaganza of flavours, from pear, vanilla and honeysuckle to orange sherbet and chocolate fudge. Expertly created from a combination of whisky aged in bourbon casks, and some finished in new char oak casks, its sweet and rich taste both complements and cuts through all manner of mixers, for delicious drinks.

Dr Bill Lumsden, Glenmorangie’s Director of Whisky Creation, said: “X by Glenmorangie came from our dream of creating even more flavour possibilities, with a single malt that’s not afraid to mix. Consulting with top bartenders, we crafted this sweeter, richer single malt for all those enjoying mixing at home.

“Luscious with vanilla and pear, succulent orange and honeysuckle, all drizzled with chocolate fudge, X by Glenmorangie is perfect paired with a favourite mixer. So, whether you’re planning a brunch or a date night or want to experiment with your own flavour combinations, this whisky will bring your drink the x-factor!”