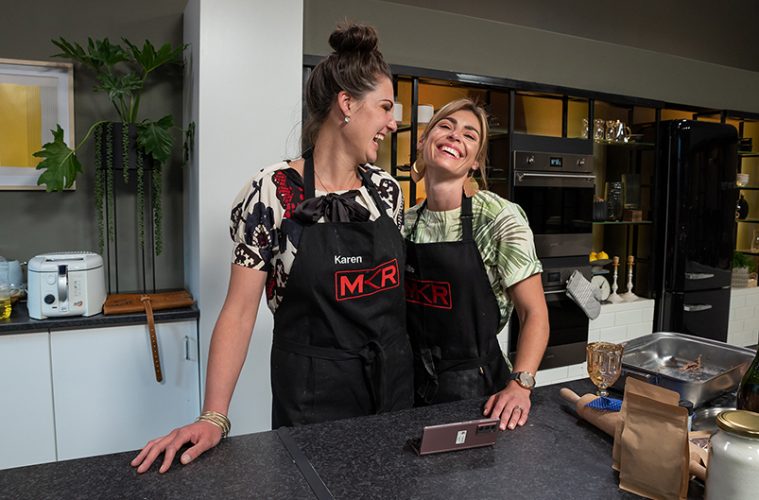 The third season of My Kitchen Rules SA kicked off with a twist – the contestants will all be cooking and hosting their Instant Restaurants in the same location, a COVID-safe bubble in the Cradle of Humankind, as they bid for the MKRSA title and the R1 million prize.

The first duo to test themselves in the new surroundings were ‘Alberton Moms’ Karen and Tenille, hosting the rest of Table 1 – and judges David Higgs and J’Something – in their stylish Instant Restaurant, ‘Proe’ (Taste). Their menu of ‘Granny’s Beef Tongue & Mustard’; Chicken Pie and Peach & Brandy Pudding had everyone intrigued – bar Nevi, who doesn’t eat beef. Luckily, during their shop earlier, the duo had picked up some paneer in the event that someone threw them a curveball, so were able to sub in the soft cheese for tongue, in her starter. 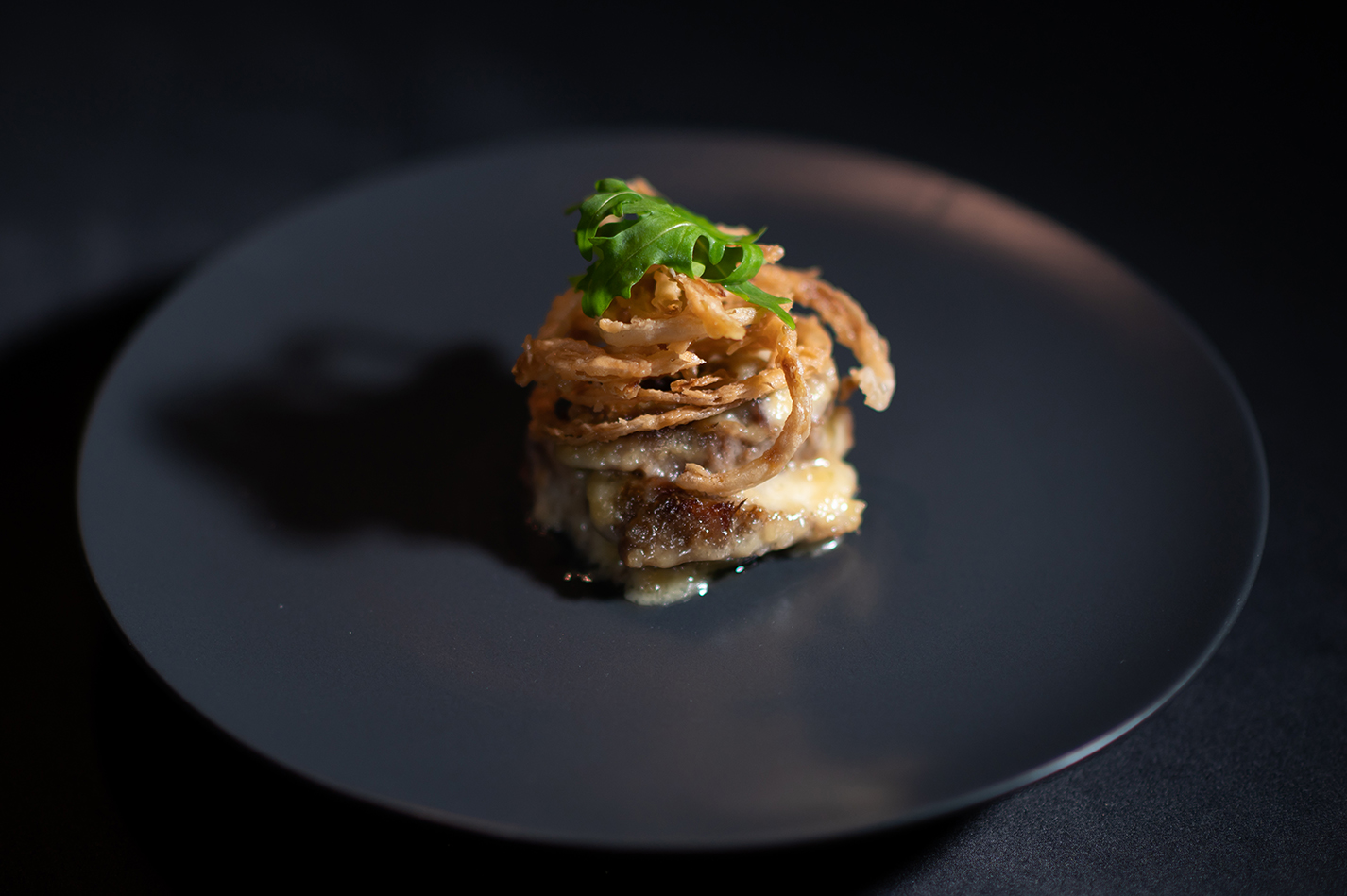 With their high-energy approach and boundless enthusiasm having amazed all the other contestants, critique from David and J’Something about a lack of salt and a missing note of freshness in their starter put them on the back foot for the rest of the meal. The artfully-stacked tower of tongue, smothered in sweet mustard sauce and topped with crispy cola-soaked onion rings drew mixed reviews, with first-time tongue eater Aidan enjoying it – as did his Dad, Aidan – while Palesa called it ‘soft & soggy’ and Retha said she wished there was more of a wholegrain mustard flavour to the sauce, which she found quite sweet. 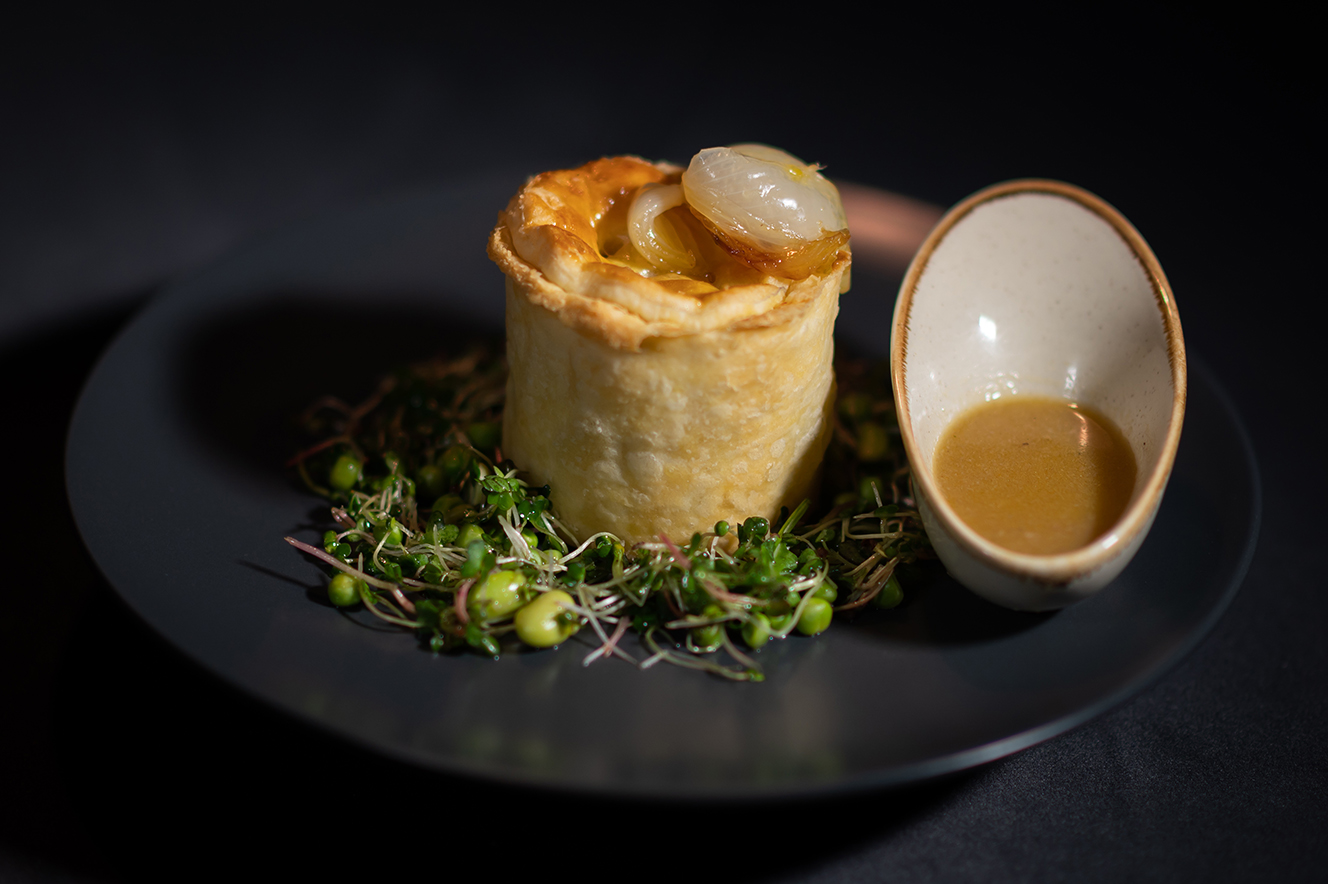 As the rest of the contestants discussed the challenges of the previous year, Karen and Tenille struggled to get their individual chicken pies out of their baking moulds in the kitchen, calling them ‘fugly’ once they eventually started to drop out. When they presented them at the table, they said they hoped everyone enjoyed the love that was put into the humble little pies, decorated with pretty micro-sprouts and surrounded with peas. David said he would have loved to see more of what he expects from an excellent pie – great pastry – but said he could have eaten the jus they presented on the side, all night. J’Something said he felt the filling was rather flat – and questioned that whether having taken a risk with their starter, they’d played things a little safe with their main. The contestants were impressed, with Retha declaring the jus ‘flavourful and magical’ and Aidan wanting to lick the plate. 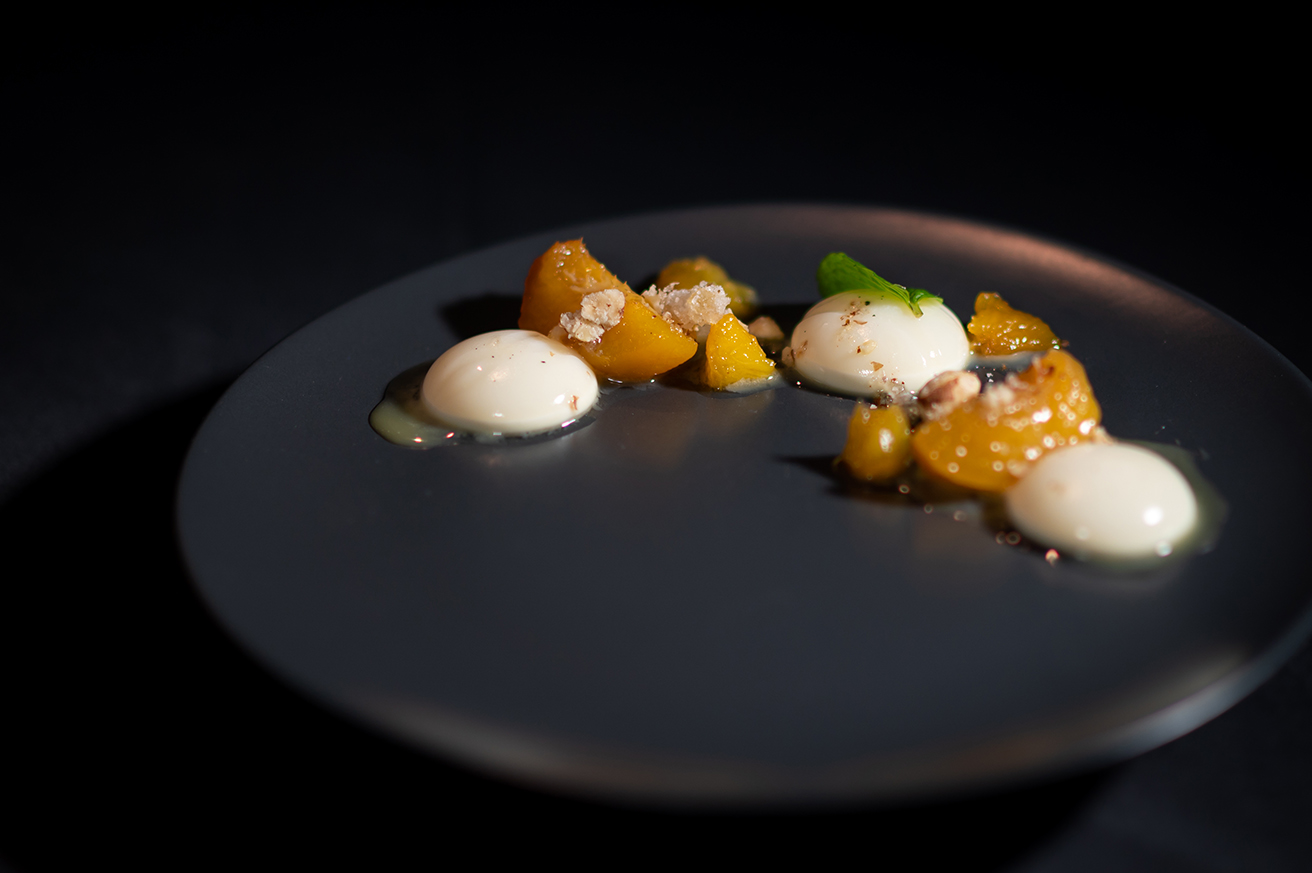 With their confidence wobbling, Tenille struggled to caramelise sugar while Karen had some challenges in removing the half-spheres of panna cotta from the moulds. Based on the name of the dessert, all the contestants and judges said they’d been looking forward to a warm, hearty course – so when the artfully-arranged panna cotta spheres and peach segments arrived, opinion was divided. David said he was disappointed because he’d been expecting a pudding – but hadn’t received one. J’Something was also a little disappointed to have not received ‘a warm cakey bowl of deliciousness’ and that it was a little sweet. Brett was impressed with the presentation as he’d been ‘expecting a bowl of mush with brandy in it’, while Palesa also praised the plating, despite the peach being a bit sweet for her. 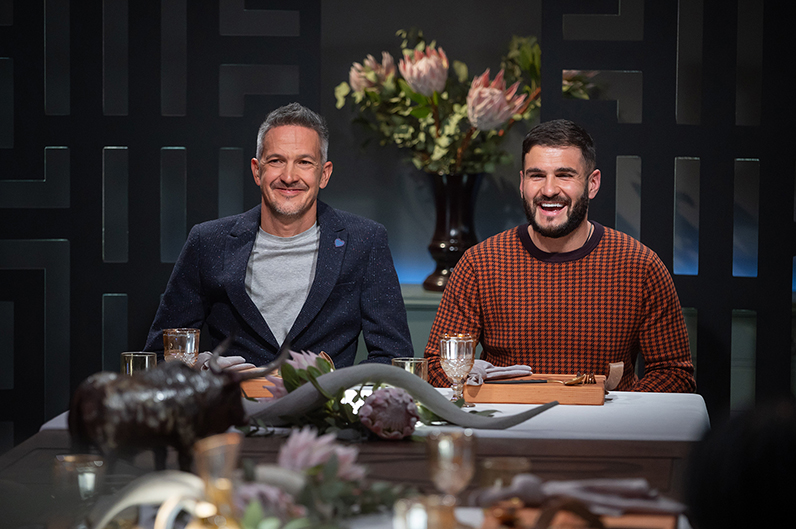 As Karen and Tenille returned to the kitchen, a little disappointed at their effort, the contestants scored the meal, with Palesa & Palesa, Nevil& Craig and Retha & Tshepi all scoring them a six out of ten, and Brett & Aidan, a seven, to give them a score of 25 out of 40. The judges then scored each course out of ten: David eight for the starter; six for the main and five for dessert. J’Something was also most impressed with the starter, scoring it a seven, with five apiece for the main and dessert, to leave them with a judges’ score of 36/60, bringing their combined total to 61/100.

Karen & Tenille were emotional about their score from the other contestants, declaring themselves ‘not average’, despite the ‘average’ tally.

Husband & Wife Nevi & Craig will have their turn in the MKR kitchen next – with Nevi’s reaction being that they’d strategically always hoped they’d be called to cook, second. Tune in next week (26 September) for more drama! 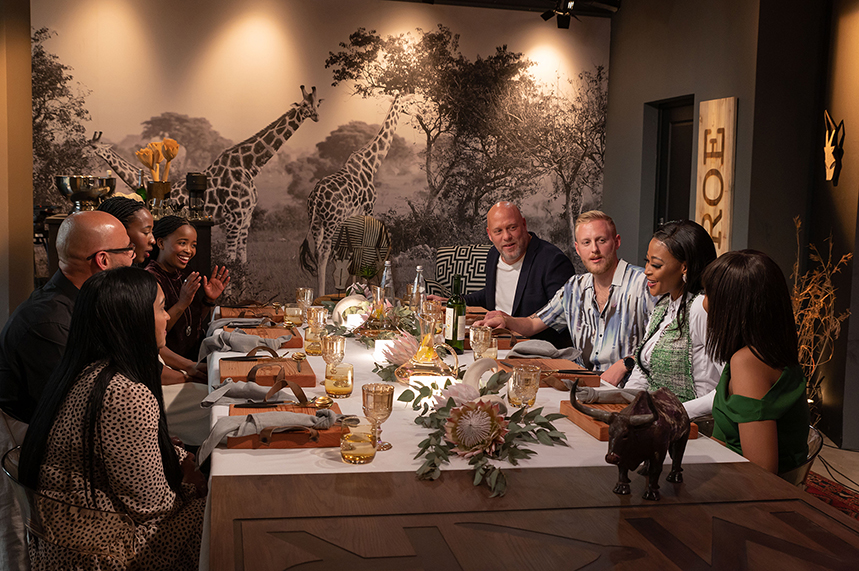